Big John the triceratops made for a striking window display ahead of his Thursday auction at the Drouot auction house in Paris. The world’s largest known triceratops, Big John is over 66 million years old and with an 8m long skeleton. Picture: AFP

The enormous skeleton, estimated to be over 66 million years old, was found in 2014 in South Dakota, US. The triceratops dinosaur species is known for the distinctive three horns on its head.

Big John, named after the owner of the land where it was found, is certified* by the Guinness World Records as the largest documented* skeleton of a triceratops. The dinosaur died in an ancient flood plain on the island continent stretching from present-day Alaska to Mexico, allowing the conservation* of its skeleton in mud. Big John fetched over $10 million AUD at auction in Paris, a record sum for a triceratops skeleton, paid by an anonymous collector from the US. Picture: AFP

The skeleton is 7.15m long and stands 2.7m high at the hips. The skull represents more than one third of its total length, with two large horns over 1.1m long each.

Auctioneer Alexandre Giquello said the hefty price tag was “a record for Europe.”

“The overall quality of Big John really deserved this price,” said palaeontology* expert Iacopo Briano. “For a triceratops and for an herbivore*, this is an unbelievable record.” 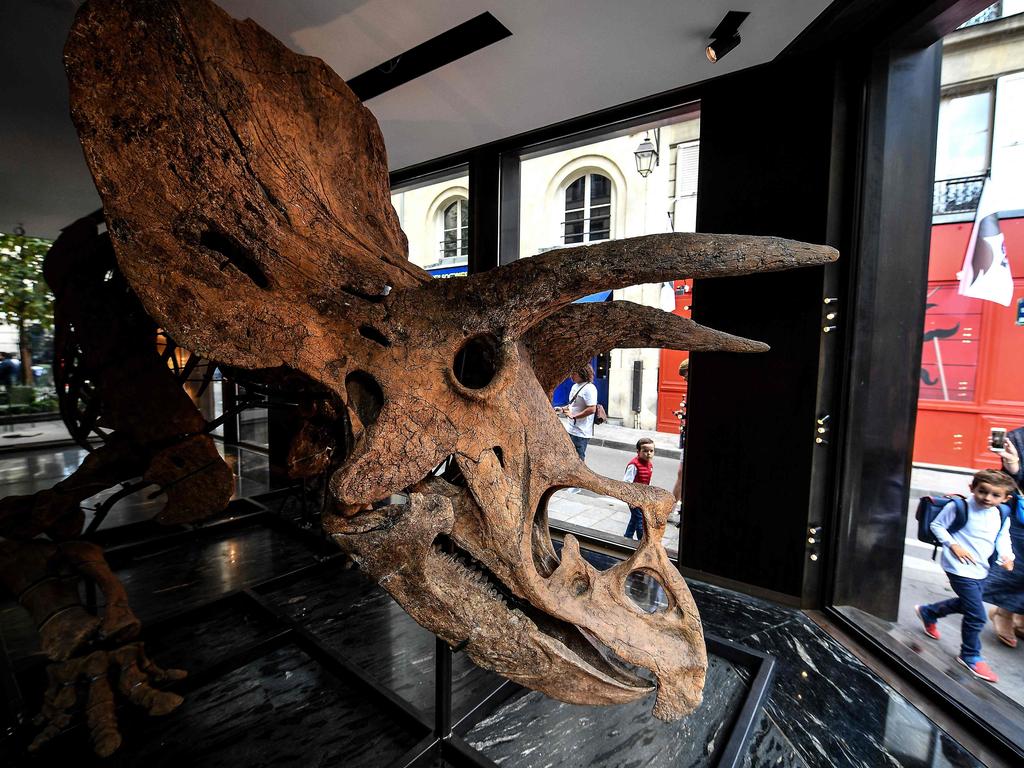 Big John caught the eye of Parisians during his period on display, including local children. Picture: AFP

Last year, a Tyrannosaurus rex skeleton reached the equivalent of almost $43 million AUD at an auction in New York, becoming the most expensive dinosaur ever sold.

Big John was sold to a private US buyer who asked to remain anonymous*.

“It’s being acquired* by an American collector … absolutely thrilled with the idea of being able to bring a piece like this to his personal use,” said Djuan Rivers, a representative of the buyer.

“The history behind this and the duration of it is absolutely impressive. So to be able to be a part of preserving something of this nature … it’s also something extremely special.” 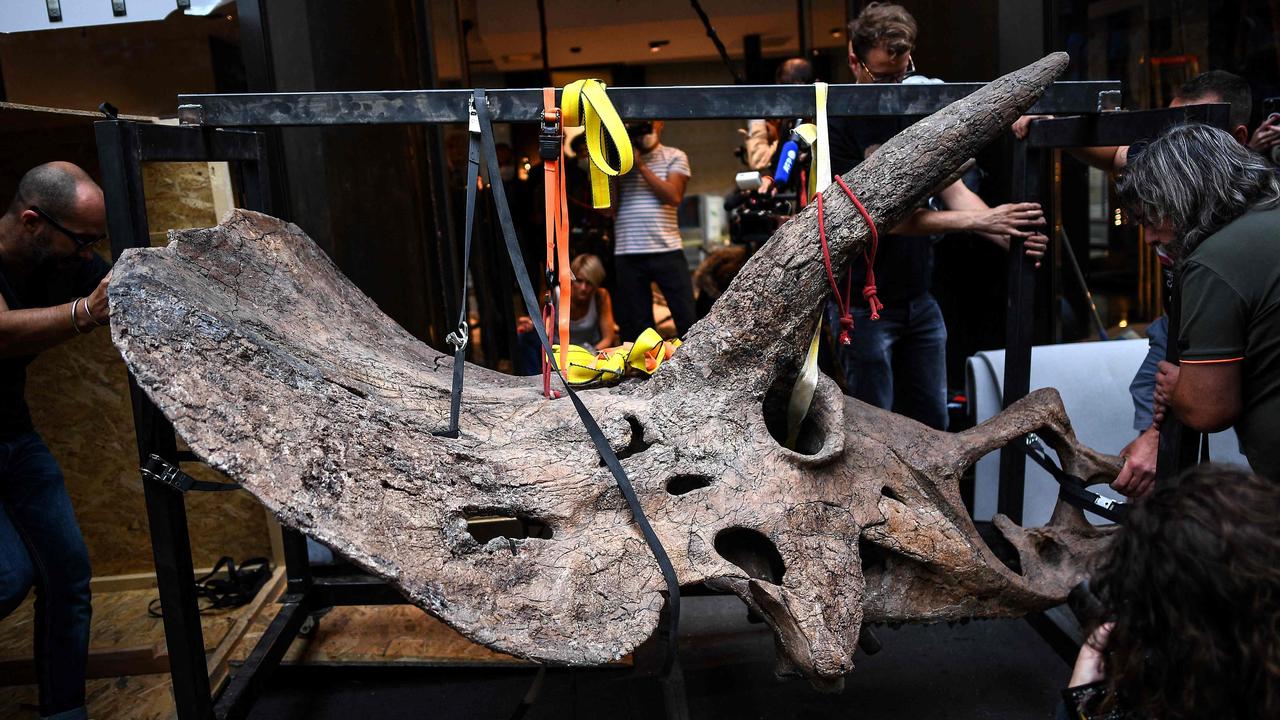 Easy does it: back in August, workers carefully brought Big John’s skull into the gallery space where it was displayed ahead of the auction on October 21. Picture: AFP

Draw a sketch of where you would keep it in your house or on your property (presuming you had a pretty large house as you’ve just spent $10 million on a skeleton!). You can be as creative as you like!

Would you allow others to come see and experience it (researchers, students etc.) or just keep it for private use?

2. Extension
How do you think mud conserves a skeleton? Do you think there are more skeletons of these huge dinosaurs to be found? Who would be searching for them and why?