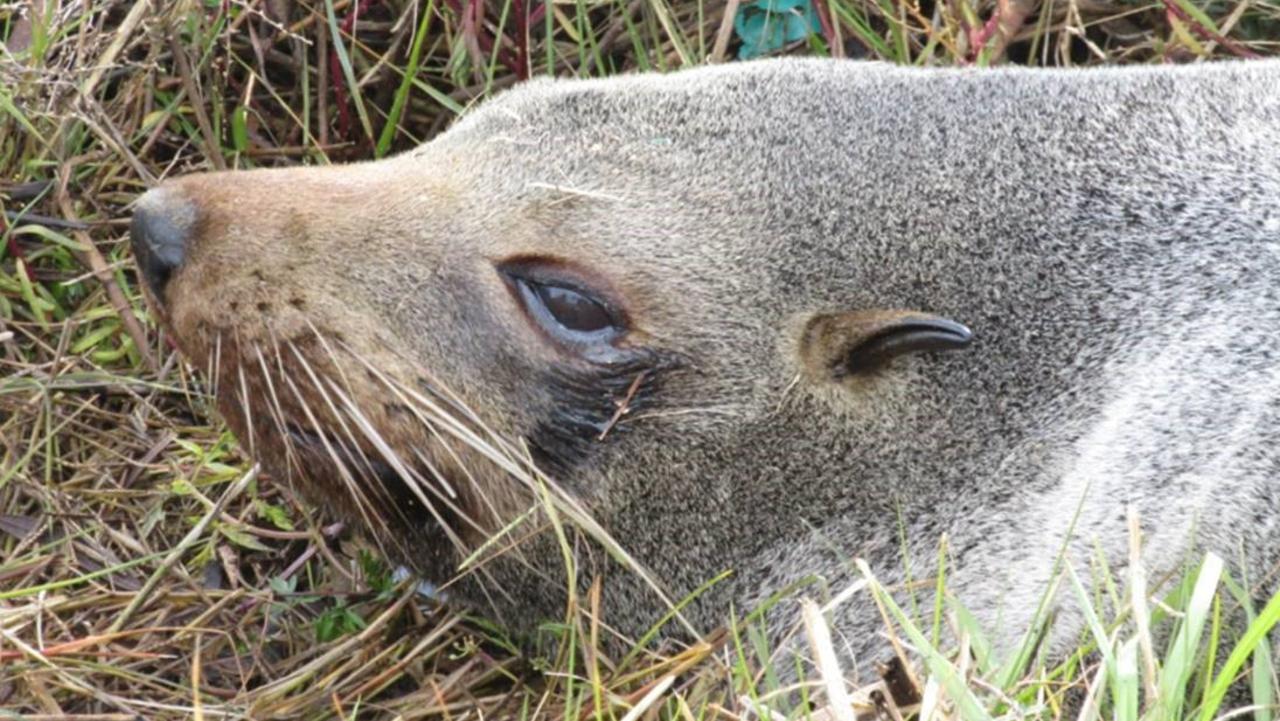 The long-nosed fur seal has survived much longer than expected in the wild. Picture: Tasmanian Department of Environment, Land, Water and Planning

A long-nosed fur seal that was tagged in Tasmanian as a pup has turned up in Victoria 25 years later, causing a rethink about how long the animals survive in the wild.

The male fur seal, born on Maatsuyker Island off the south coast of Tassie, was tagged with a distinctive* “830” marking on its right rump* in 1996.

The marking recently caught the attention of Victorian wildlife officers who investigated where the seal was from. 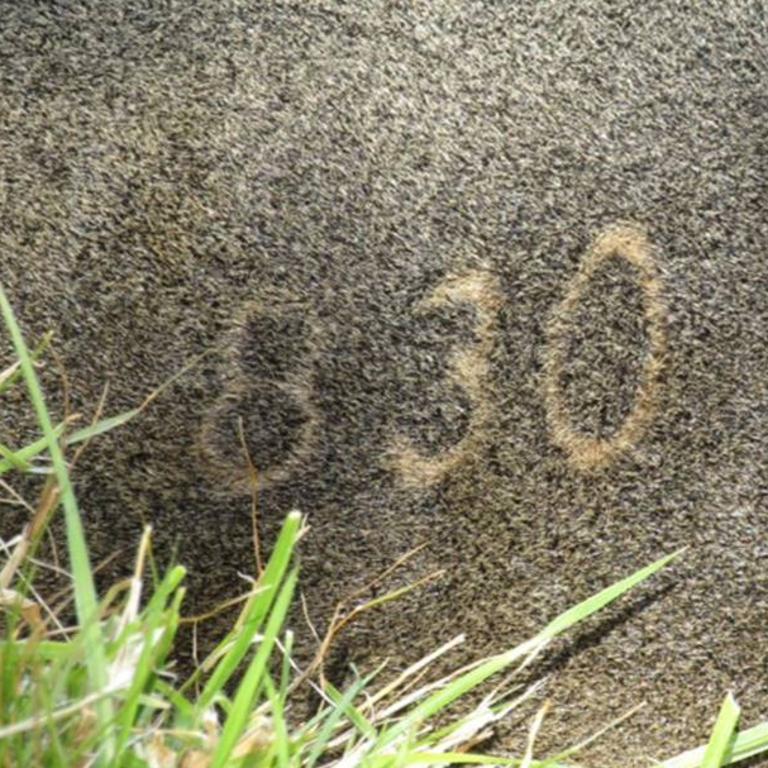 The seal was marked with “830” when it was tagged in Tasmania in 1996. Picture: Tasmanian Department of Environment, Land, Water and Planning

“We were excited to respond to this call and gain important updated information from research activities conducted more than 20 years ago,” said Tasmanian environment department marine biologist Sam Thalmann.

“Previously thought to reach a maximum age of 19, this sighting of the fur seal 25 years after it was marked as a pup provides exciting new knowledge into the maximum lifespan for wild fur seals in Australia.”

Mr Thalmann said the seal was in surprisingly good condition.

“We see a lot of older male fur seals that are past their prime* and haul out along the Tasmanian coast as they reach their end of life, but this seal does not fit in this category,” he said.

“This seal appears to be in good physical condition and may continue to prosper* for years to come.” 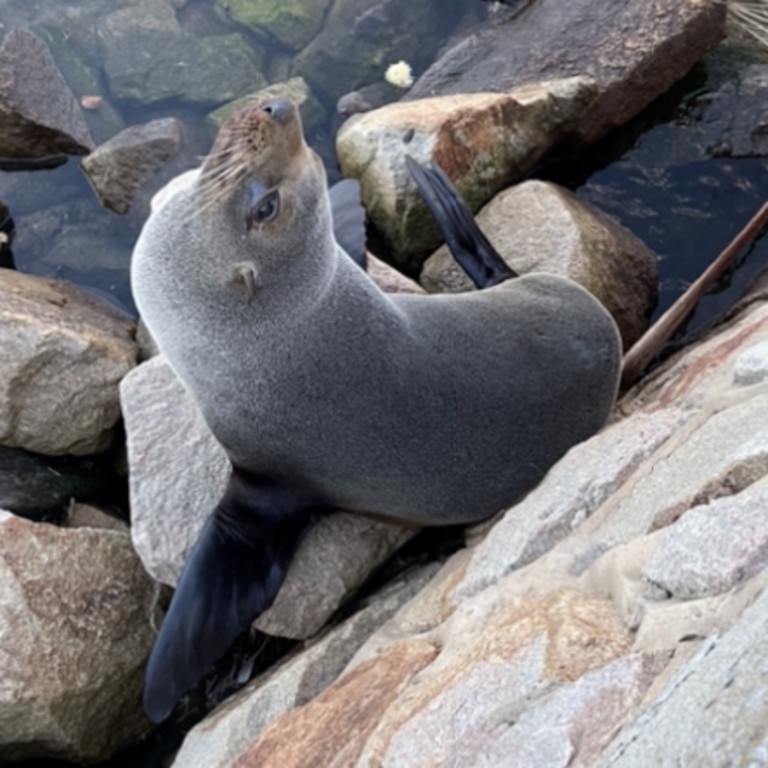 The long-nosed fur seal was in good condition despite his age. Picture: Tasmanian Department of Environment, Land, Water and Planning

Long-nosed fur seals are found around the coasts of southeastern Australia, southern NSW and New Zealand.

The Tasmanian Department of Primary Industries, Parks, Water and Environment said long-nosed fur seals were hunted to near extinction for the fur trade in the 1800s.

But in 1987 the species recolonised* Tasmanian waters and formed a breeding colony on Maatsuyker Island, about 10km off the state’s south coast.

It said less than 100 pups were born annually* when the seal was marked.

The species is now protected and listed as rare under the Tasmanian Threatened Species Protection Act*. Fur seals like this old guy who turned up in Victoria 25 years after he was tagged in Tasmania are now protected after being hunted to near extinction in the 1800s. Picture: Tasmanian Department of Environment, Land, Water and Planning

CLASSROOM ACTIVITIES
1. Wildlife information board
If you’ve ever been for a hike through a national park or along the coastline, you’ve probably seen the large signage boards that are erected by authorities to inform the public about the area and the plants and animals that live there.

Design an information board that could be displayed in an area where long-nosed fur seals are found, so that people who spot the animals can learn more about them.

Think about what is included on examples you have seen before and what information you think people would find important or interesting. Include words and graphics on your board design.

2. Extension
The news story tells us what long-nosed fur seals eat and what eats them. Use this information to draw a picture of a food chain. Can you add any other prey or predators to this food chain to build a more detailed chain?

VCOP ACTIVITY
Creative vocabulary
Find a bland sentence from the article to up-level. Can you add more detail and description? Can you replace any “said” words with more specific synonyms?

Have you outdone yourself and used some really great vocabulary throughout your writing? Firstly, well done. Secondly, let’s ensure everyone can understand it by adding a glossary of terms. Pick three of your wow words and create a glossary for each word to explain what it means.