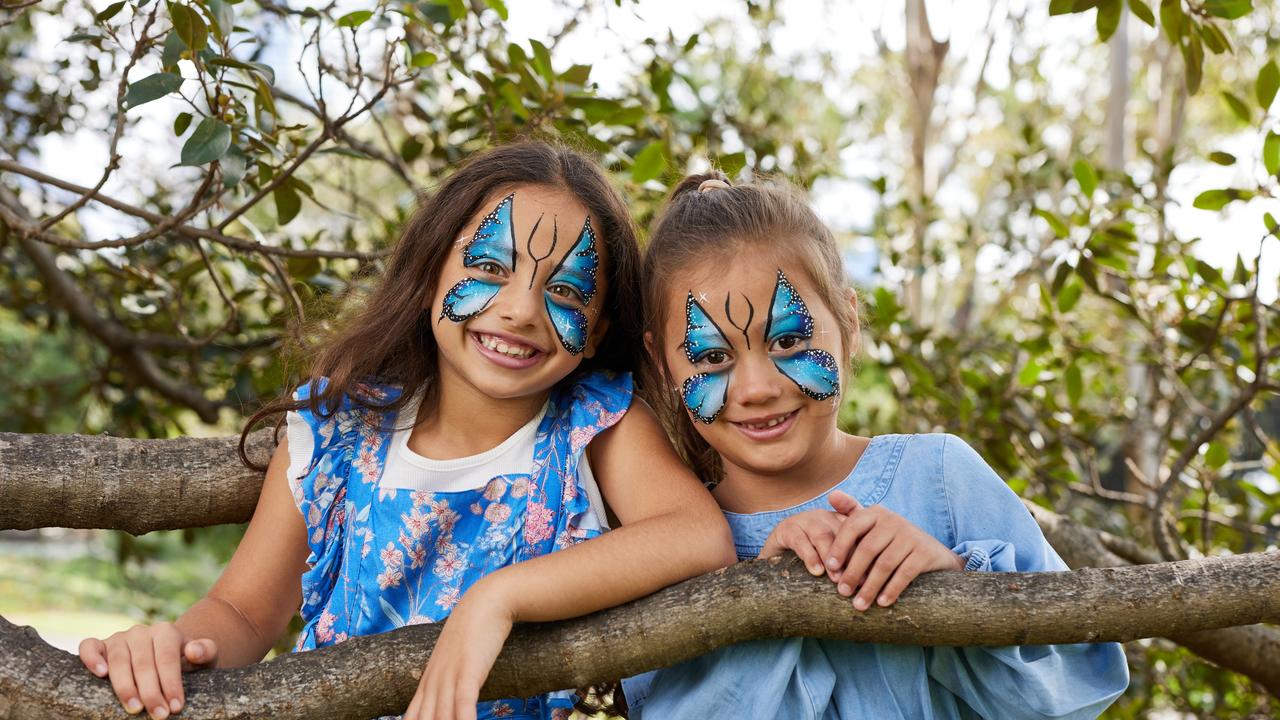 Some of Australia’s best-loved critters have become currency*, thanks to new $1 coins released by the Royal Australian Mint as part of Australia Post’s Great Aussie Coin Hunt.

And while there is no question the iconic* creatures make for a fun collection, they also represent an opportunity to reflect on the future and the conservation* efforts necessary to secure their safety for generations to come.

The world will never forget images of badly burnt koalas after the Black Summer bushfires of 2019/2020 tore across Australia, razing* eucalyptus trees – the koala’s preferred habitat – to the ground and decimating* koala numbers across the country. 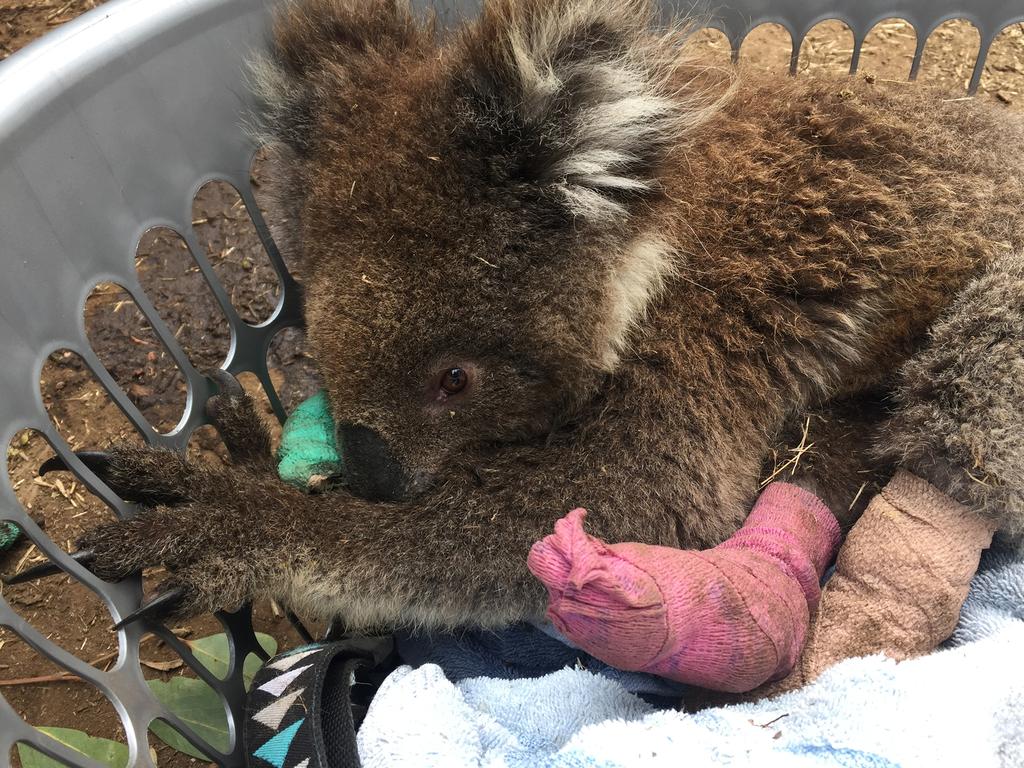 After the fires: this burnt koala was rescued on Kangaroo Island, SA, one of countless koalas impacted nationally by the devastating Black Summer bushfires of 2019/2020. Image: supplied.

Zookeeper Chad Staples, managing director of Featherdale Sydney Wildlife Park – who alongside his staff dramatically defended Mogo Zoo’s animals during the fires – said it was “great to see the inclusion of some of our most iconic and unique Australian species in this new collection.”

“Working with these animals every day is such a privilege. Through that, I have been able to see the impacts on their population through events such as the bushfires, and the work as we educate future generations about their conservation.

“It’s so important we continue to showcase* our incredible native wildlife so they can be appreciated and enjoyed for generations to come,” Mr Staples said. 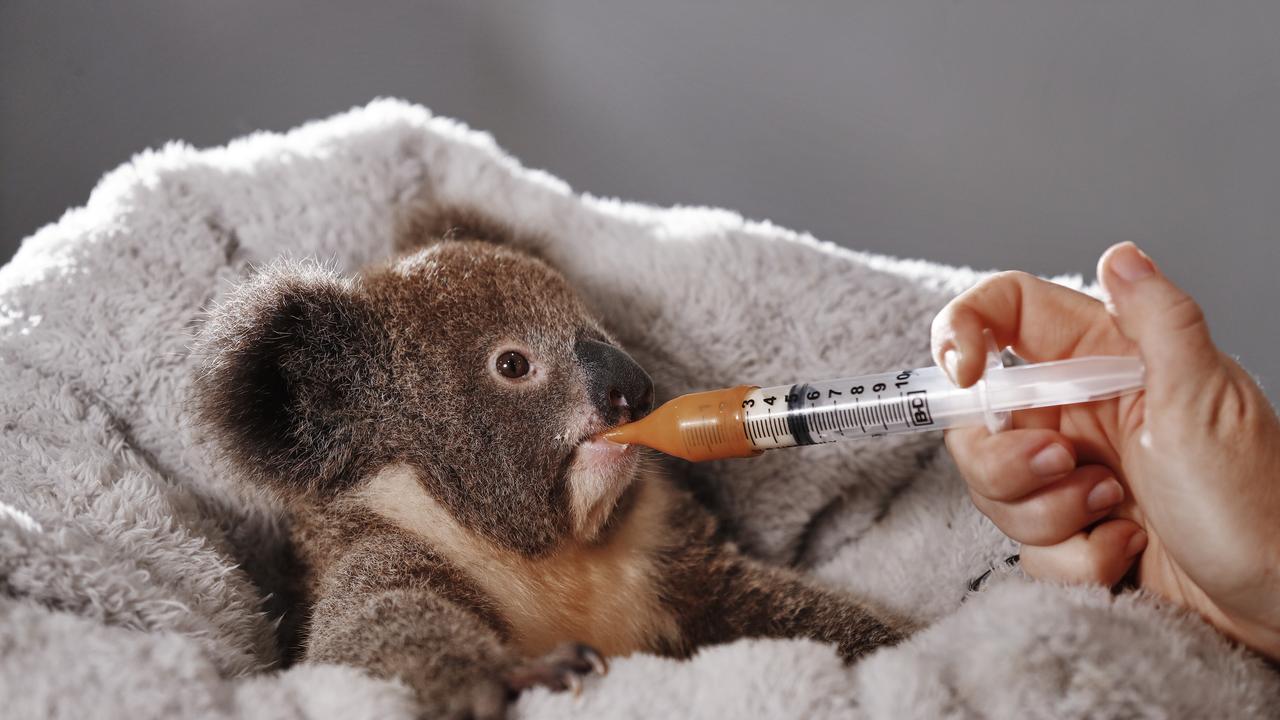 Featherdale Wildlife Park’s managing director has seen the impacts of the bushfires on our native fauna first-hand. Pictured is joey Cass, being fed by Kylie Zaia at Featherdale. Picture: Sam Ruttyn.

Lyrebirds, for instance, are great mimics and can live for up to 30 years in the wild. They also move and bury up to 200 tonnes of leaf litter and soil every year. Look out for ancient lyrebird fossils next time you visit the Australian Museum – they are 15 million years old!

Dingoes meanwhile have a distinctive appearance but they also have a specific sound, being more likely to howl like a wolf than bark like a domestic dog. Wild dogs and occasionally dangerous to humans, dingoes are also very clever canines, capable of turning doorknobs and raising latches to escape confinement.

And if you’ve never seen a Ulysses butterfly in the wild, you are not alone. Specific to Queensland and neighbouring tropical countries, this stunning blue and black butterfly has a very short lifespan, surviving just a few weeks. And while its wings are blue, its blood is green. Mila, pictured at right, and Lucy, both 7, pose with a giant version of the U for Ulysses butterfly $1 coin, part of the A-Z of Aussie icons in the Great Aussie Coin Hunt. Picture: Australia Post/David Swift.

Mila, 7, spent a day posing with a giant version of the U for Ulysses butterfly coin while on the official Australia Post photo shoot and said it was her favourite coin of the collection, which she was excited to share with her class.

“Butterflies are so beautiful and blue is one of my favourite colours. My favourite part (of the photo shoot) was visiting the Sydney Opera House and getting my face painted like a butterfly,” Mila said.

Indeed, the A-Z coin collection of Aussie icons features everything from the wonderful to the wolfish from among our native creatures. In addition to D for dingo, K for koala, L for lyrebird and U for Ulysses butterfly, there is also E for emu, R for redback spider, W for witchetty grub, Y for yabby – and even F for flies, which is also F for funny as the flies on the coin are shown being set upon by a fly swot.

Royal Australian Mint (RAM) CEO Leigh Gordon said there was something for everyone.

“We are delighted to be again working with Australia Post to create a playful way for all Australians to engage with coins and take a lighthearted look at our way of life,” Mr Gordon said. “My mum’s going to hide them around the house and my brother and I will run around and look for them,” Iggy said. “I’m really aiming for the redback spider – they’re scary but they’re cool – and the koala.”

His brother Atticus said he was happy with whatever coins he could find, but said his favourite creature coin was the redback spider – even though he was afraid of the real thing.

“I haven’t normally collected anything, so this coin hunt might be very exciting for me,” Atticus said.

The $1 collectable coins are available at Australia Post online, at participating post offices and in your change. For more information visit aussiecoinhunt.com.au

CLASSROOM ACTIVITIES
1. Coin Games
The Great Aussie Coin Hunt set looks like a great way to make some creative and fun games out of if you were to collect the set. Each of the 26 coins, one for each letter of the alphabet, has its own letter as mentioned in the Kids News article. They are all real $1 coins.

Work with a classmate and think of 3 activities you could play in the classroom or at home with the Great Aussie Coin set. Detail them below and maybe start collecting them at home or in your change from shops.

2. Extension
Look at the 26 coins contained in the Great Aussie coin set and name your 3 favourites. State what letter they are and why you like that coin the most.

Would you consider buying this set from the Post office or would you rather collect from change at shops?