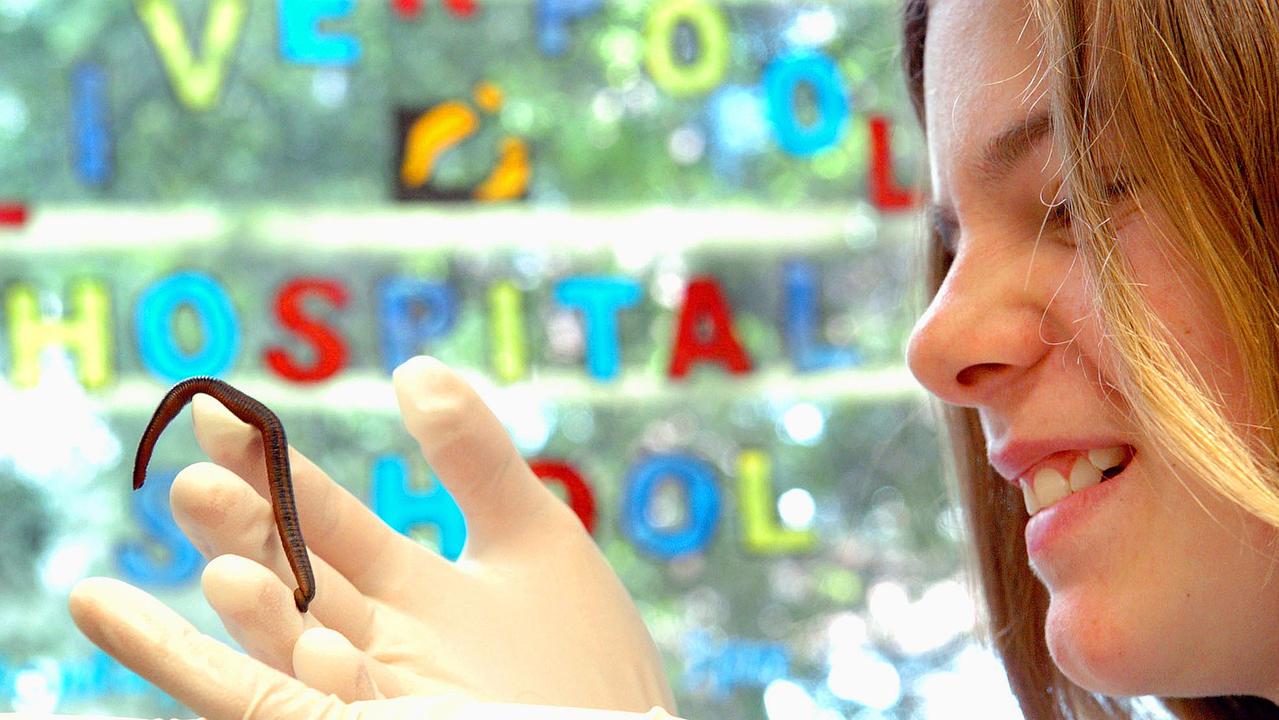 Back in 2004 during Children’s Week at Sydney’s Liverpool Hospital, kids were encouraged to get up close to leeches, which are used for medical purposes. Picture: Dean Marzolla.

Forget the spiders, the floods in NSW have brought another unwanted creepy-crawly into backyard gardens – and this time they are bloodsuckers*.

While leeches are commonly found in creeks and bushwalks, a damp summer followed by recent downpours has created perfect conditions for these thirsty worms to invade Sydney’s suburbs and beyond.

“There’s been lots of inquiries about leeches this year, up 50 per cent,” he said.

In suburban Pymble, Felicity Gatfield had not seen a leech since she was in high school on a school camp – but then the rains came.

“I was outside last week for all of 10 minutes before the rain hit, and a few minutes later while I was driving, I discovered a leech was attached to my back,” she said.

“I’ve seen them in my front garden, as well as attached to my umbrella that sits outside.

“Who knew that leeches would overtake* the leafy suburb of Pymble?” 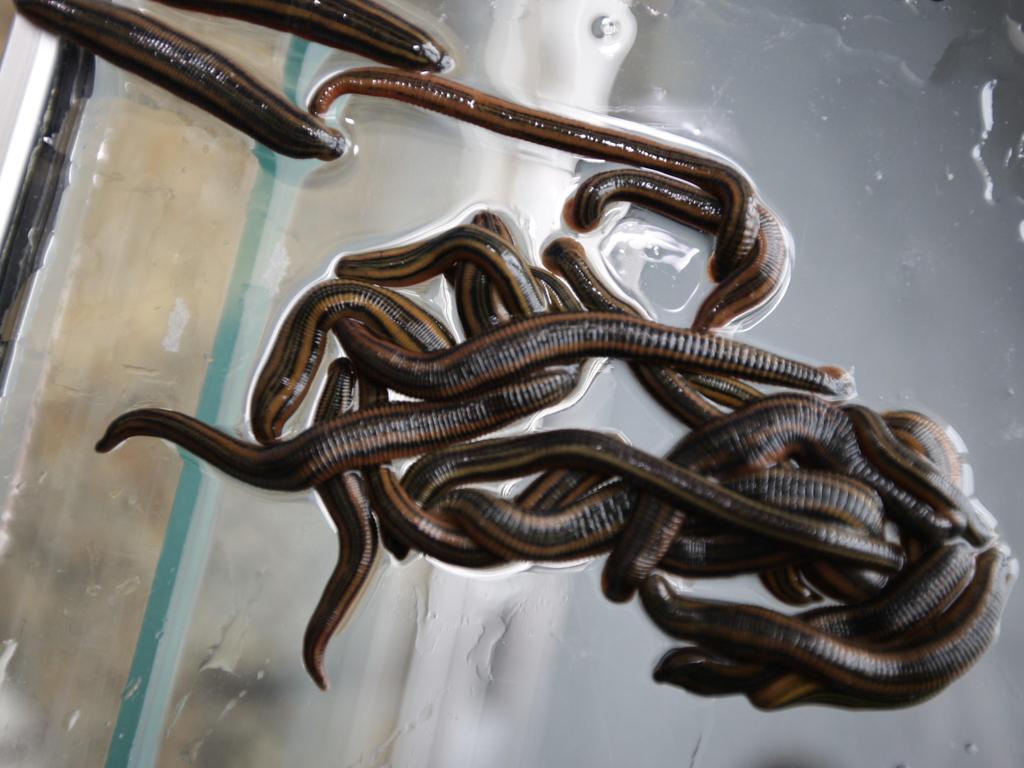 People have posted to social media about reports of leeches attaching to cats in laneways in inner-city Newtown and on dogs in Oatley, a sleepy suburb by the Georges River.

Ms Vanessa Mitchell, from Coffs Harbour on the Mid North Coast, said she had seen more leeches around the house with the rains and filmed one small sucker doing somersaults on her pavers.

“My four-year-old daughter had one on her hand — she thought it was a caterpillar,” she said.

The Australian Museum’s search and discover manager David Brock said leeches are around us all the time, in freshwater ponds and creeks, but “they are really loving it at the moment.”

He said the conditions are perfect because of the wet and warmth.

“They’re just getting off the ground, up on grass and they’re latching onto anything going past with a bit of blood – pets, people.

“They’re opportunistic* and they have sharp little jaws and when they bite, part of that process are the juices that stop the blood from clotting*, anticoagulants*.

“The relationship with blood has always made them a bit creepy, but they’ve gone from being the doctor’s best friend to being something that people tend to freak out over.

“But a little loss of blood is not going to be a danger, they don’t have diseases.”

Leeches are between 7mm long and can grow as long as 30cm when extended and grow five to ten times their body weight when full of blood.

Mr Brock says the worms can be simply removed with fingertips, or salt or vinegar. He suggests wearing long sleeves and high socks to avoid them but added a word of caution.

“I’ve been walking along and they get on you, walk up our socks and under your pants – they find their way in,” Mr Brock said.

Boy in boat rescues people and pets from floods

Of droughts and flooding rains

CLASSROOM ACTIVITIES
1. Retell the story
Imagine that you are reporting for Leech News. Your story is about the amazing adventures that leeches are having in the new areas that they have been able to visit because of the heavy rains in New South Wales. You are writing this story for leeches. Don’t forget a catchy headline.

2. Extension
“This story is too gross for kids to read!”

Do you agree with this statement? Write paragraphs explaining your opinion on this. Give lots of reasons and examples to make your writing convincing.