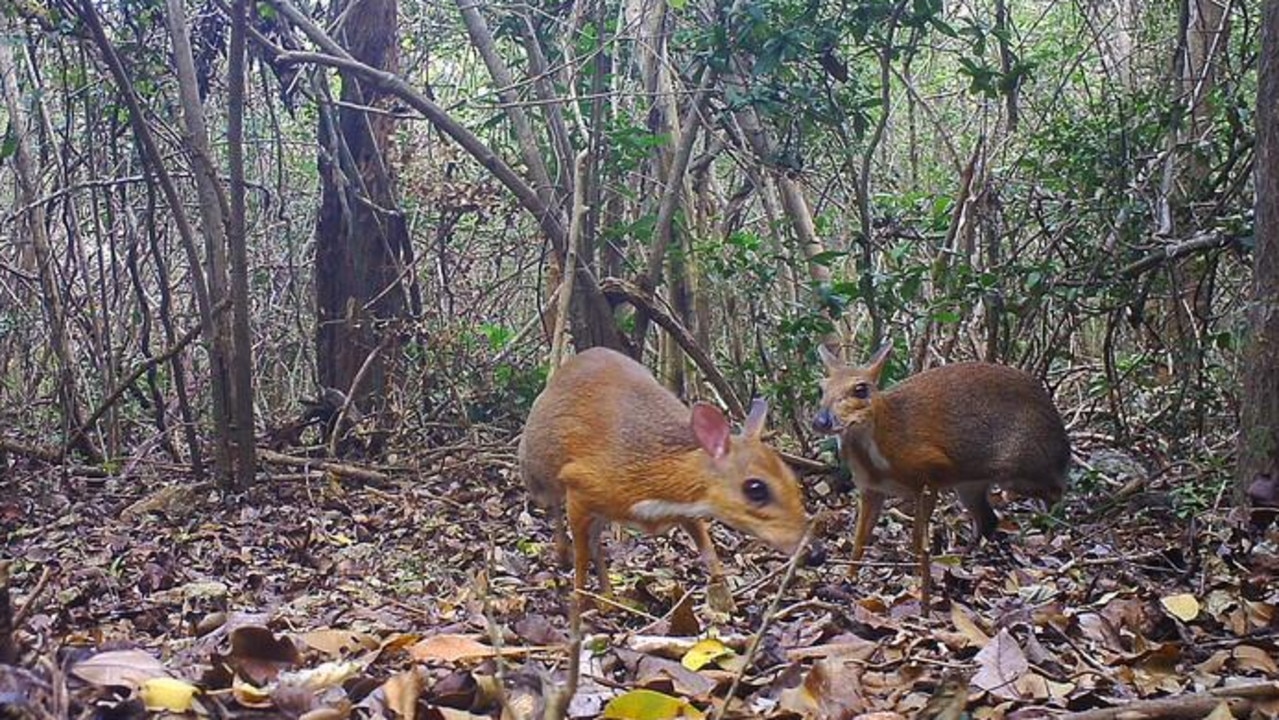 The Vietnamese mouse-deer, also called the silver-backed chevrotain, was captured on video in a forest in southern Vietnam.

The area is ravaged* by poachers who catch animals in snares.

The last known scientific recording of the species was in 1990, when a hunter killed one then gave the animal to scientists.

The most recent sightings were by scientists working with the group Global Wildlife Conservation and the German-based Southern Institute of Ecology and Leibniz Institute for Zoo and Wildlife Research, who used camera traps that filmed when no one was around.

“We had no idea what to expect, so I was surprised and overjoyed when we checked the camera traps and saw photographs of a chevrotain with silver flanks*,” said An Nguyen, who was the expedition team leader.

“For so long this species has seemingly only existed as part of our imagination. Discovering that it is, indeed, still out there, is the first step in ensuring we don’t lose it again, and we’re moving quickly now to figure out how best to protect it.” An illustration of the silver-back chevrotain or Vietnamese mouse-deer. Picture: Eric Losh

The team’s findings were published this week in the scientific journal Nature Ecology & Evolution.

They began looking for the mouse-deer after interviewing villagers and government forest rangers who reported seeing a grey chevrotain, which told the scientists that it might have been something different to another, more common species called the lesser chevrotain.

The team then set three camera traps for five months in an area of southern Vietnam where locals said they thought they had seen the animal. 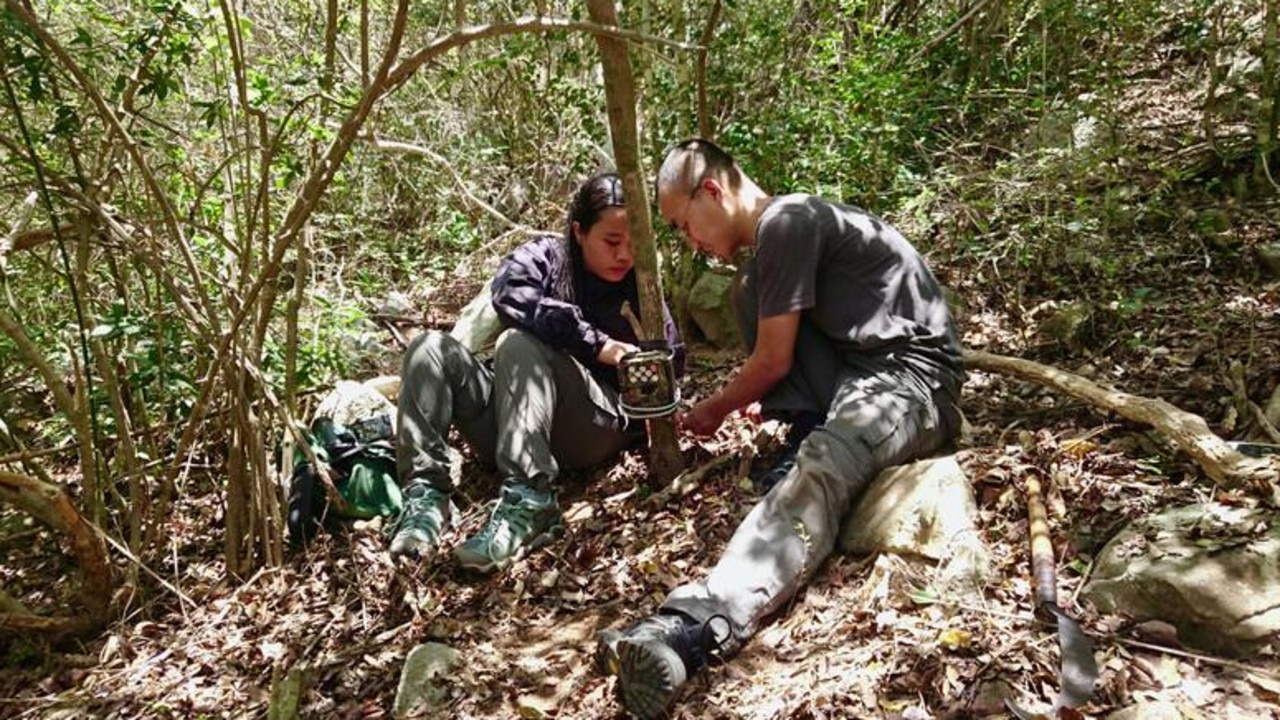 Members of the research team setting up camera traps in the forest. Picture: Global Wildlife Conservancy

They took 275 photos of the species, then set up another 29 cameras in the same area, this time recording 1881 photographs of the chevrotain over five months.

A team is now setting out to determine how large — and stable — this population of silver-backed chevrotains is, the wider distribution of the species, and understanding the threats to its survival.

“The rediscovery of the silver-backed chevrotain provides big hope for the conservation of biodiversity*, especially threatened species, in Vietnam,” said Hoang Minh Duc, head of the Southern Institute of Ecology’s Department of Zoology. “This also encourages us, together with relevant and international partners, to devote time and effort to further investigation and conservation of Vietnam’s biodiversity heritage.” 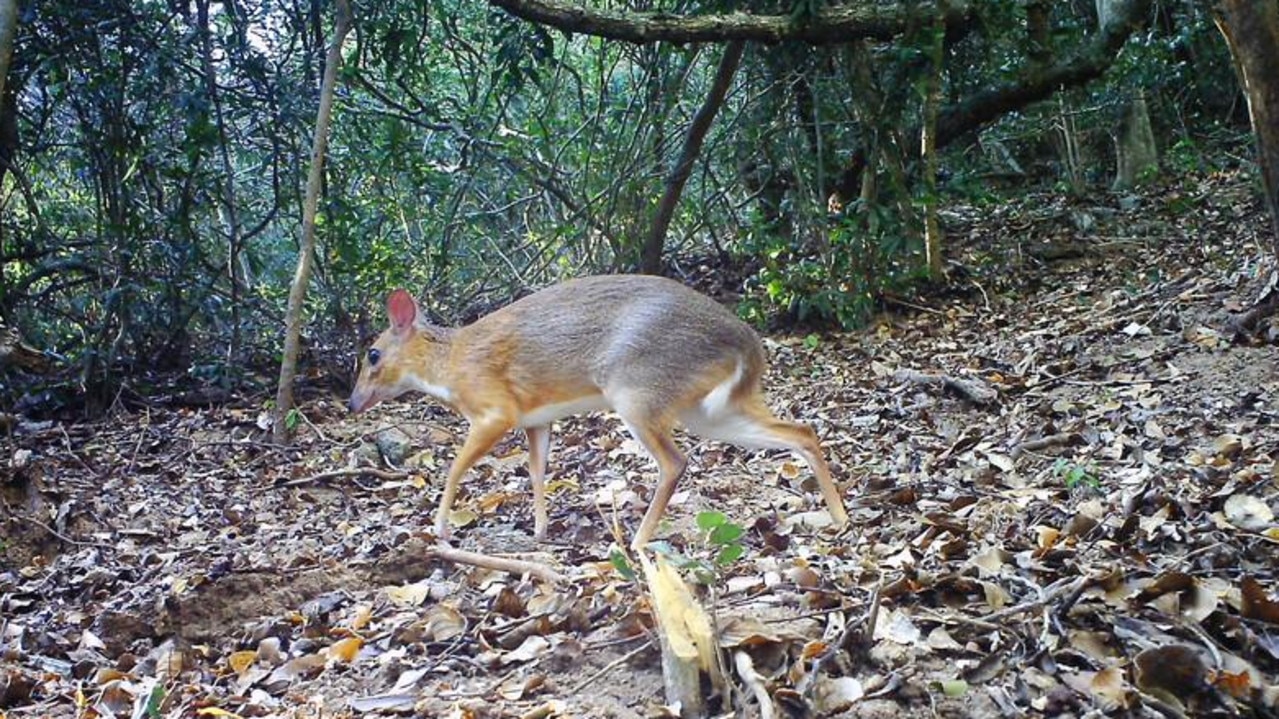 The silvery back and flanks of this chevrotain are clearly visible and set it apart from another species, the more common lesser chevrotain. Picture: Global Wildlife Conservancy

The chevrotain is one of a number of fascinating species that live in the forests of Southeast Asia, where some species have only been discovered in the past few decades. This includes the antelope-like saola, also known as the Asian unicorn, which was only discovered in 1992 and that no biologist has seen in the wild.

It was first described in 1910 from four individuals collected from southern Vietnam.

A Russian expedition in 1990 in central Vietnam collected a fifth individual.

Scientists know almost nothing about how the species lives and whether there are more alive.

There are 10 known species of chevrotain in the world, most from Asia.

Chevrotains are neither mice nor deer, but the world’s smallest ungulates (hoofed mammals). They weigh less than 5kg.

They are shy and solitary, appear to walk on the tips of their hoofs and have two tiny fangs.

CLASSROOM ACTIVITIES
1. Protecting the Vietnamese mouse-deer
Now that they’ve rediscovered this species thought extinct for the past 30 years, work with a partner and make a list of the threats and a list of the opportunities (to ensure this species survives well into the future). Use all the facts from the Kids News article but also add your own thoughts knowing what you know about this creature.

2. Extension
The Kids News article states that “the area is ravaged by poachers who catch animals in snares …” How could the Vietnamese government or forest rangers persuade, encourage and convince these poachers to go elsewhere or leave the endangered species alone?

HAVE YOUR SAY: What creature, real or imagined, would you like to discover or rediscover?
No one-word answers. Use full sentences to explain your thinking. No comments will be published until approved by editors.