Palaeontologists uncover dino with slashing tail weapon like no other 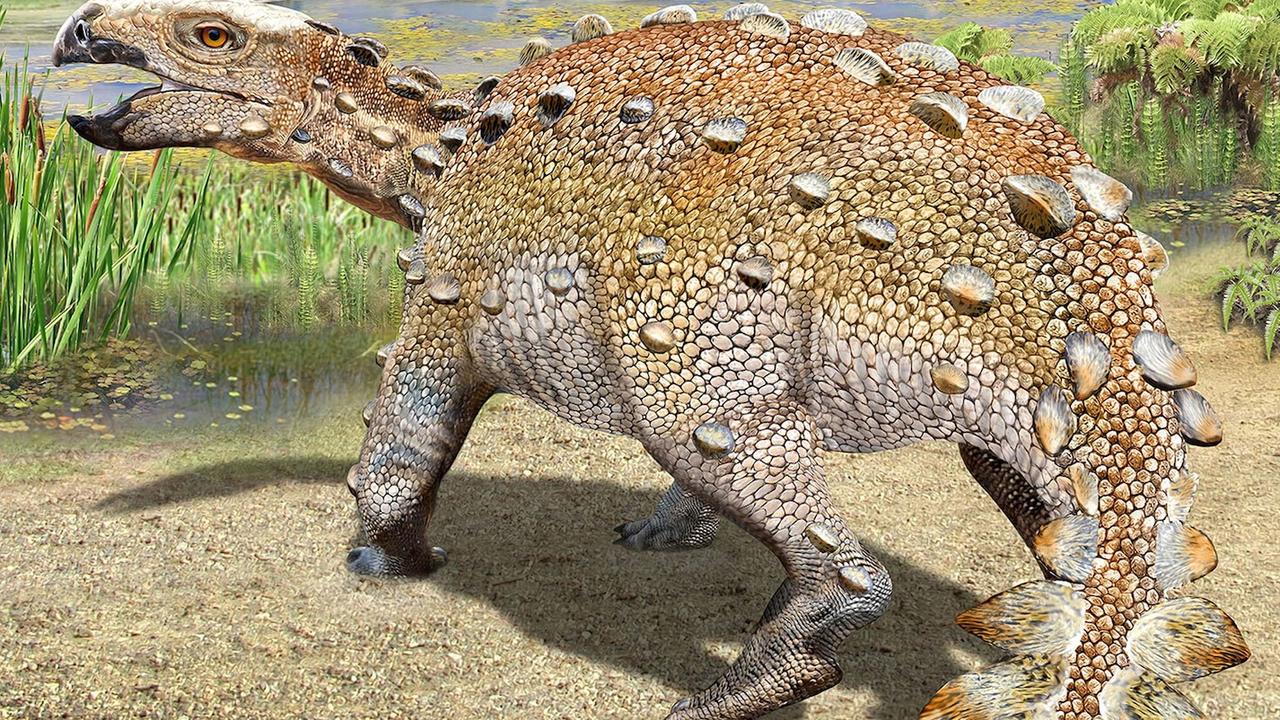 illustration of Stegouros dinosaur discovered in the Patagonia region of South America.

Fossils from a strange-looking, dog-sized dinosaur species with a unique slashing tail weapon have been found in the Patagonia region of South America.

Palaeontologists* from the University of Chile at first thought the fossils were from an already known species of dinosaur until they examined its tail.

The new species, described in a study in the journal Nature, had something never seen before on any animal: seven pairs of “blades” laid out sideways like a slicing weapon used by ancient Aztec warriors, said lead researcher Alex Vargas.

“It’s a really unusual weapon,” said Professor Vargas, a University of Chile palaeontologist. “Books on prehistoric animals for kids need to update and put this weird tail in there … It just looks crazy.” A model of stegouros elengassen, the remains of which were discovered intact in the Patagonia region, is on displayed in the Chilean capital city of Santiago. Picture: AFP

The plant-eater had a combination of traits* seen in other dinosaur species, and these initially sent palaeontologists down the wrong path. The back end of the dinosaur, including its tail weapon, seemed similar to a stegosaurus, so the researchers named it stegouros elengassen.

After Professor Vargas and his team examined the pieces of skull and did five different DNA tests, they concluded* it was only distantly related to the stegosaurus.

Instead, it was a rare southern hemisphere member of the tanklike ankylosaur family of dinosaurs, although the stegouros name stuck.

Professor Vargas called it “the lost family branch of the ankylosaur.” A collection of the stegouros fossils uncovered in the Patagonia region of South America, now on display in Santiago, Chile. Picture: AFP

The fossil is from about 72 million to 75 million years ago and appears to be an adult based on the way bones are fused, Professor Vargas said.

It was found with its front end flat on its belly and the back end angled down to a lower level, almost as if caught in quicksand.

From its birdlike snout to tail tip, stegouros stretched about 2m and weighed 150kg. But it would only have come up to the thighs of humans, Professor Vargas said.

He said its tail was probably used for defence against large predators, while armour-like bones that jutted out would have made stegouros “chewy”. 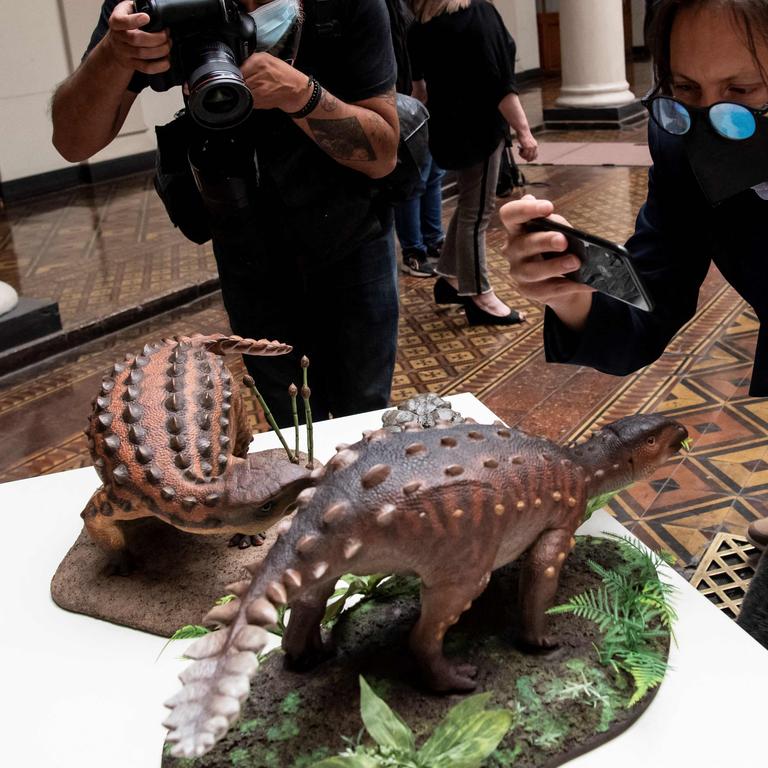 Macalester College biologist* Kristi Curry Rogers, who wasn’t part of the study, said not only was this “a really bizarre tail,” but it was from far southern Chile, “a region that hasn’t yielded* these types of animals before”.

“We’re just scratching the surface when it comes to a comprehensive* understanding of dinosaur diversity*,” Professor Rogers said.

“Stegouros reminds us that if we look in the right places at the right times, there is so much more still to discover.”

CLASSROOM ACTIVITIES
1. Animal profile
Create an animal profile report for stegouros elengassen. Consider which details from the news story are important to include in the profile so that it is both informative and interesting. Present your information so that is logically and attractively presented on the page.

2. Extension
Professor Vargas uses the words “weird” and “crazy” to describe the dinosaur’s tail. Identify three present-day animals that you think have weird or crazy features. Research your animals to find out the purpose of their weird/crazy feature. Write a sentence to explain each one.

Search for all the adjectives you can find in the article. Did you find any repeat adjectives or are they all different?