“I beg your pardon?” Researchers have discovered that musk ducks like this one are excellent mimics, thanks to a 1980s recording of a duck named Ripper being very cheeky indeed. Picture: iStock

An Australian musk duck named Ripper has been recorded repeatedly being a bit rude after learning to imitate humans.

Newly surfaced audio of Ripper’s rant was included in research published in the journal Philosophical Transactions of the Royal Society B on Monday.

The musk duck was hand-reared* at the Tidbinbilla Nature Reserve near the Australian capital Canberra back in the 1980s.

Ripper, who was just four years old when the recordings were made, is believed to have learned the impolite* phrase from his handler*.

The duck also learned how to imitate the sound of his aviary* door slamming. Budgies are well known for being entertaining mimics, but now it seems the Australian musk duck is getting in on the blooper action.

He is the focal point of the new research that analyses musk duck recordings to look at how animals are capable of acquiring* vocalisation* through learning.

Professor Carel ten Cate of the Institute of Biology Leiden in the Netherlands led the study after hearing rumours of the Australian talking duck.

Professor ten Cate tracked down the footage that was recorded by Australian birder Peter Fullagar in about 1987.

“The man, Peter Fullagar, told me that the duck was hand-reared and would have heard the sound as a duckling,” Professor ten Cate said.

“This came as a big surprise. Because even though the bird was recorded 35 years ago, it remained unnoticed by researchers in the vocal learning field until now. That makes it a very special rediscovery.”

Both of Ripper’s recorded imitations – mimicking* someone sounding off as well as the sound of slamming aviary doors – were made during his mating displays*. 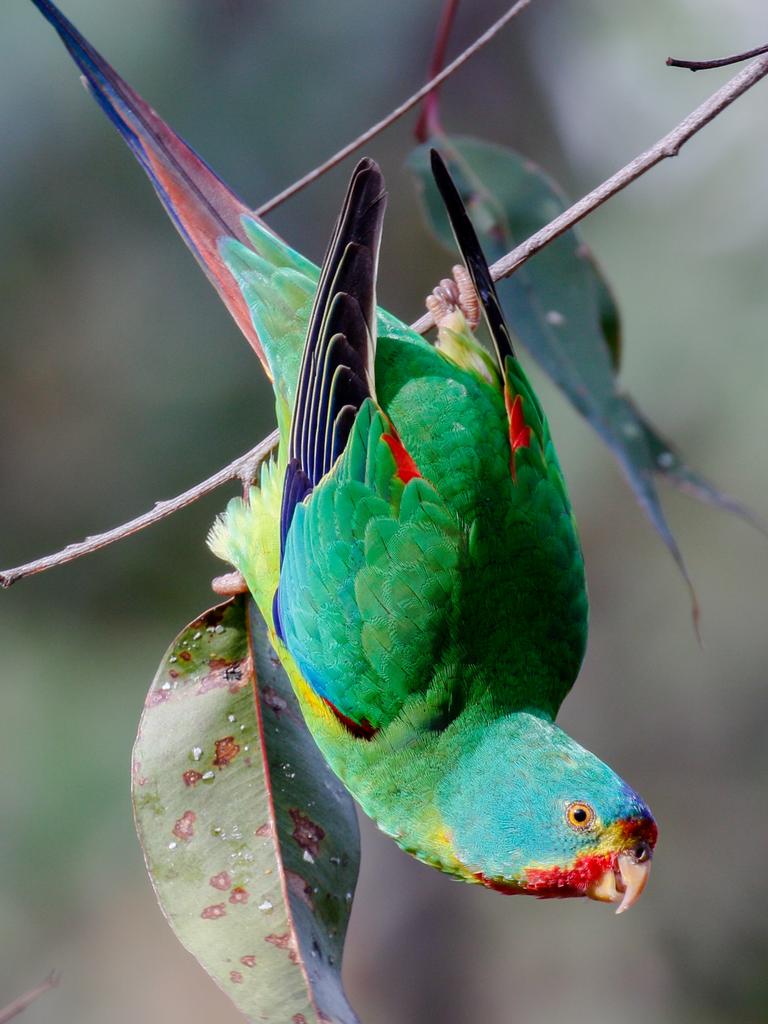 Parrots enjoy showing off their plumage and their vocal tricks in elaborate mating displays. Ripper the musk duck couldn’t change his feathers, but he did expand his verbal range to memorable effect. Picture: Mick Roderick/Mindaribba LALC

The findings indicate that musk ducks have comparable* vocal learning abilities to other mimics like parrots, European starlings, mynah birds, and budgerigars.

“The structure of the duck vocalisations indicates a quite sophisticated* and flexible control over the vocal production mechanism*,” the researchers concluded.

The new Dutch study is not the only one to highlight clever Australian birds in recent months — sulphur-crested cockatoos in Sydney also enjoyed a star turn in scientific research when the suburban bin-opening technique of a few birds “took flight” across the city’s cockatoo population. Birds use their voices to communicate with other birds.

Sharp tunes are an efficient way to communicate over long distance, especially when you are small and live in dense habitats like rainforests.

Most bird species use specific calls to identify themselves and to communicate a nearby threat.

Birdsong is a specialised type of call used by many species to help them mate.

Almost exclusively a male activity, birdsong helps the singer to indicate he is fit, healthy and ready to breed.

CLASSROOM ACTIVITIES
1. What would they say?
Write a story that starts with: ‘I couldn’t believe it! Was that really my pet talking to me?’

2. Extension
Why do you think this rediscovery is so important? Write as many reasons as you can think of.

VCOP ACTIVITY
Stretch your sentence
Find a ‘who’ in the article – a person or an animal. Write it down.