The first trials of sniffer dogs being used to detect Covid-19 have proved a success.

The global trials, that included the University of Adelaide and Australian Border Force’s National Detector Dog Program Facility in Victoria, have found dogs were able to detect Covid-19 in patients even when they were asymptomatic* or within the incubation* period.

The trials showed the reliability of a dog’s nose matched current technology in identifying infected people.

The success of the trials means sniffer dogs could be used at airports as a quicker, non-invasive* way to detect Covid-19 carriers travelling between borders. They could also be used to screen staff in hospitals or travellers in hotel quarantine. Another trial was conducted at Sydney International Airport terminal over three weeks in March.

“The controlled trials were completed on 28 February, 2021, with results proving that dogs can accurately discriminate* between sweat samples taken from persons who have tested positive and negative to Covid-19,” a Boarder Force spokesman said.

The spokesman said the detector dogs could potentially provide efficient and reliable sniffs to “complement” other screening methods.

He said data from the March trial was still being analysed, with the research done with the Alfort National Veterinary School in France and the UAE Ministry of the Interior.

It found using sniffer dogs took just a fraction of a second per sample and therefore provided for more rapid and non-invasive screening. 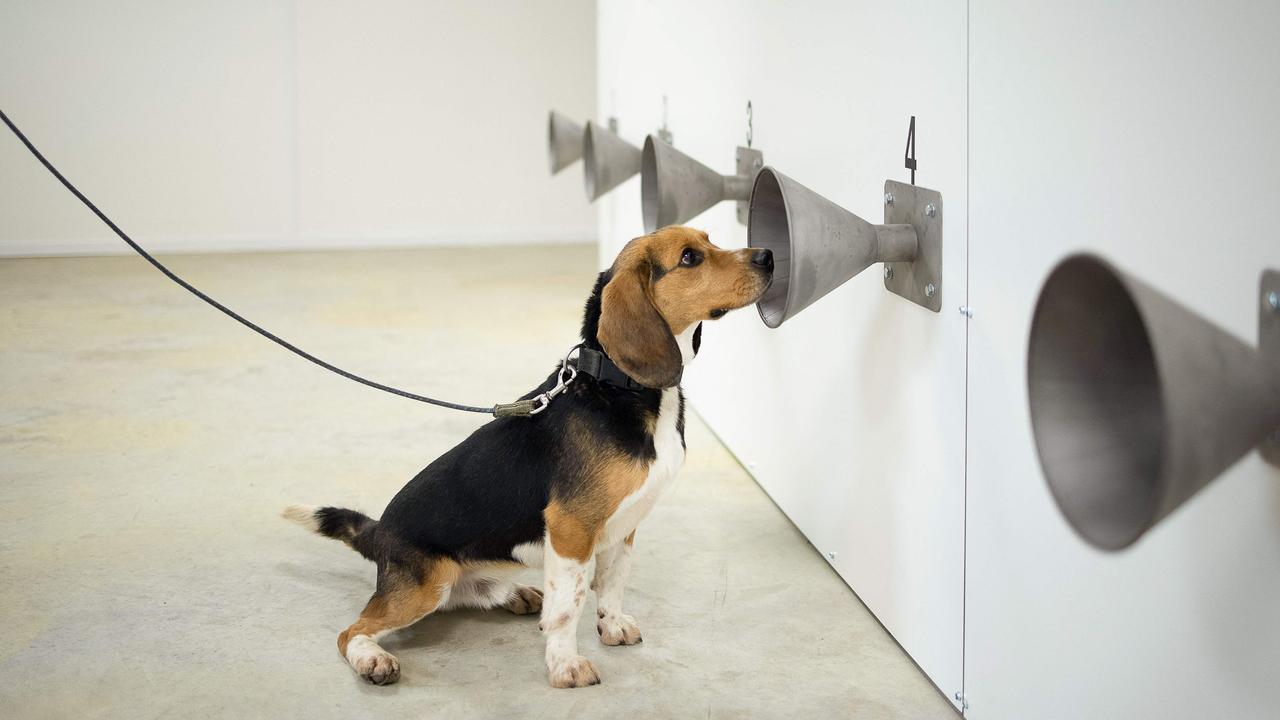 The French veterinary school said the trails were an international first and paved the way for greater use of sniffer dogs in the fight against Covid-19.

“Some countries have already deployed* dogs, in particular the United Arab Emirates with whom we have been working since March 2020, at airports, borders and via mobile canine screening units,” the school said.

On average it takes up to eight weeks to train a dog and pass validation* tests.

A similar study in the UK also reported the distinct smell of Covid-19 had been detected by specifically trained dogs with 94 per cent accuracy. 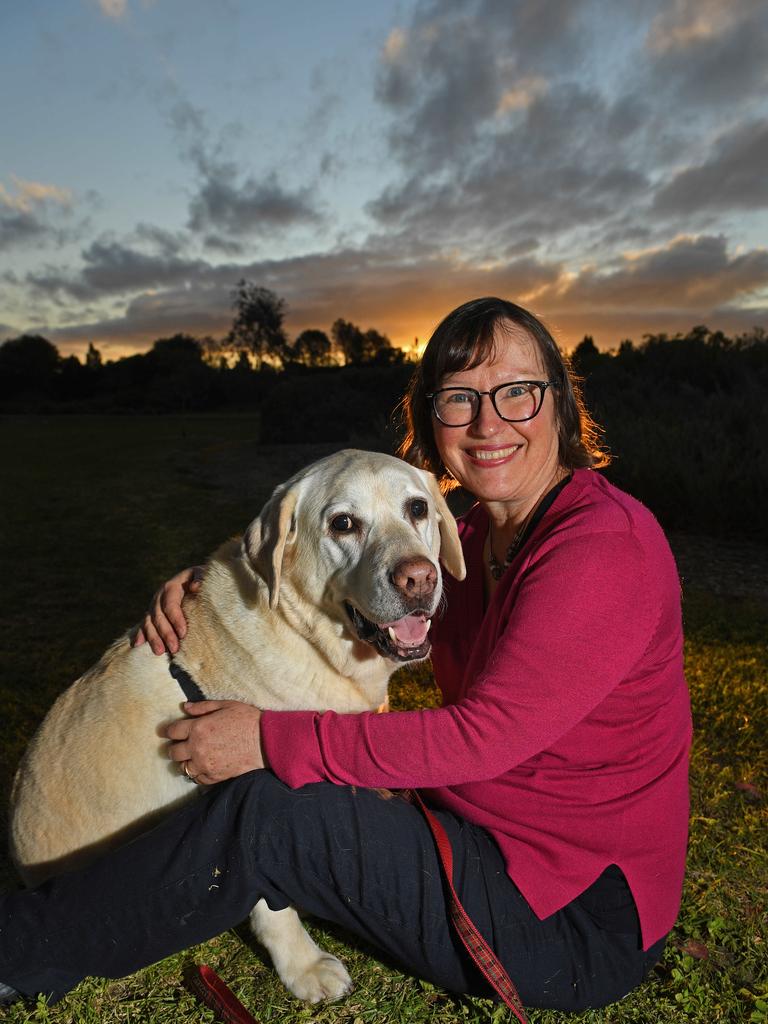 University of Adelaide researcher Dr Susan Hazel with her dog, Fergus. Labradors are one of the breeds that will be trained to sniff out Covid-19 in people. Picture: Tom Huntley.

The dogs were also able to identify infections caused by the coronavirus strain that was dominant* in the UK last summer as well as a later strain of the virus.

“They could detect the new variant* without any additional training, so this gives us real hope and really suggests that dogs are able to detect different variants of Covid,” said Professor James Logan, head of the department of disease control at the London School of Hygiene and Tropical Medicine.

UK Medical Detection Dogs chief scientific officer Dr Claire Guest said: “These fantastic results are further evidence that dogs are one of the most reliable biosensors* for detecting the odour of human disease.

“Our robust* study shows the huge potential for dogs to help in the fight against Covid-19.”

CLASSROOM ACTIVITIES
1. Create an ad for dogs
Design an advertisement for the imaginary website Dog’s News. Your audience is dogs across Australia. The purpose of your ad is to encourage suitable dogs to train and work as Covid-19 sniffer dogs.

2. Extension
Why do you think dogs have developed such an amazing ability? List the benefits of having such an incredible sense of smell for dogs. Write as many as you can think of.