Silver ants don't wear jetpacks, but they move so incredibly fast it seems like it. Picture: The Sun

Scientists have found the fastest ant in the world.

The Saharan silver ant can cover about 90cm in a second — 108 times its body length and the equivalent of a human running 579 kmh.

It records its incredible speeds over sand as hot as 60C by taking up to 47 strides* a second. Usain Bolt manages four. Its fancy footwork, which stops its feet sinking, means each leg is on the ground for a little as seven milliseconds.

It can synchronise its six legs to act as two tripods*.

And instead of simply running it switches to a gallop — with all its legs off the ground at once.

German researchers who studied the ants in dunes in Tunisia said the Saharan silver’s muscle contraction* speed may be “close to physiological* limits”.

The ants, known scientifically as Cataglyphis bombycina and found in the Sahara Desert in North Africa, scavenge dead animals, often around midday, and have silver hairs to reflect heat.

Team leader Professor Harald Wolf, of the University of Ulm, Germany, said: “Even among desert ants, the silver ants are special.” SUPER FAST
Jamaican sprinter Usain Bolt holds the world record for 100m at 9.58 seconds, which he set at the Berlin 2009 World Championships. During that race he was recorded running at a top speed of 44.72 kmh.

Cheetahs are the fastest land animal, reaching 112-120 kmh during short bursts up to 500m long. Scientists also like to compare speeds to take into account the size of the animal. This they measure in body lengths a second.

Until recently, Australian tiger beetles were thought to be the fastest runners by the body-length method, with a top speed of 1.86 metres a second, or 171 body lengths a second.

But even the tiger beetles can’t beat the California coastal mite, which can run at 377 body lengths a second.

This article was originally published in The Sun and is republished here with permission. 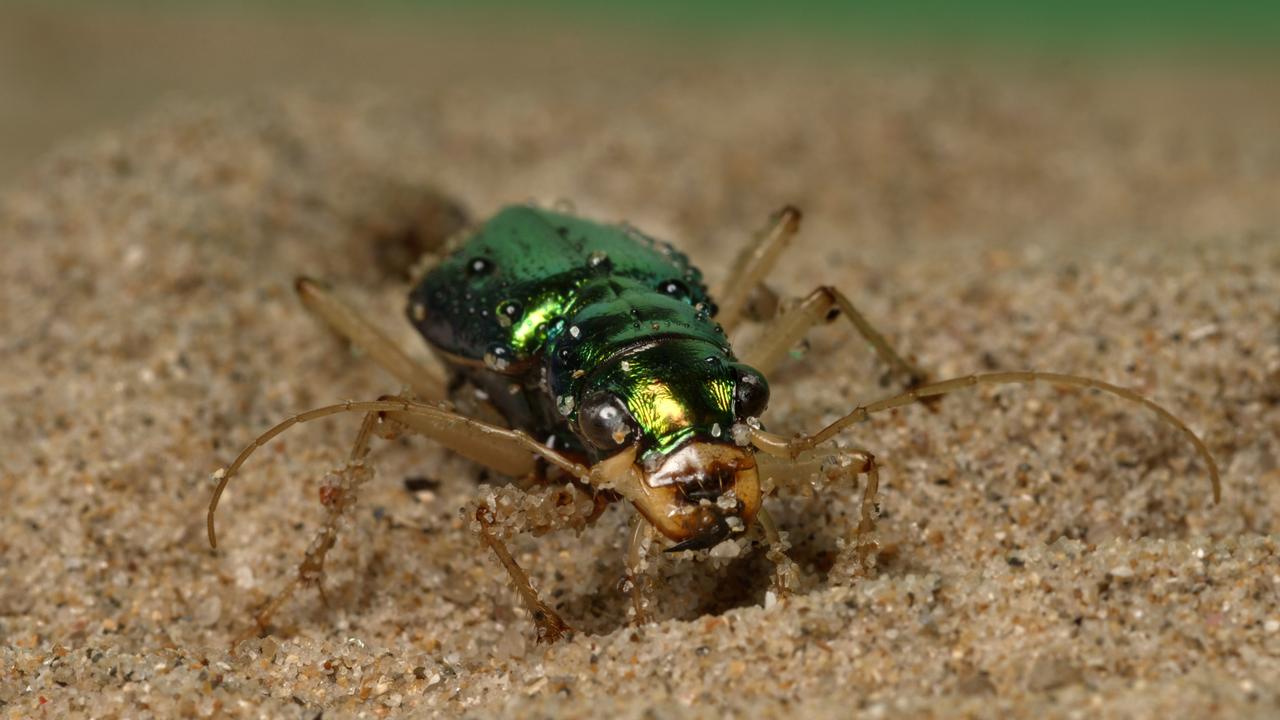 Our insects are in big trouble

Big Ben runner has bad time at end of marathon

CLASSROOM ACTIVITIES
1. Superfast
Using all the information in the Kids News article, design and create a graph or chart to visually represent the fastest beings mentioned.

It should show the order of fastest to slowest using at least one of the measurement methods described in the article (eg body lengths, speed, etc.)

Your information should be clear, concise and easy to read so that a person looking at it can quickly see the fastest being and by how much.

2. Extension
Work with a partner and use some scrap materials you can find in the classroom to make a model of the Saharan silver ant. Place it on a piece of poster paper and write some facts about the fast ant all around it to display for other classes to learn about it.

HAVE YOUR SAY: Would you like to be a silver ant, a cheetah, a fast bird or a fast fish?
No one-word answers. Use full sentences to explain your thinking. No comments will be published until approved by editors.