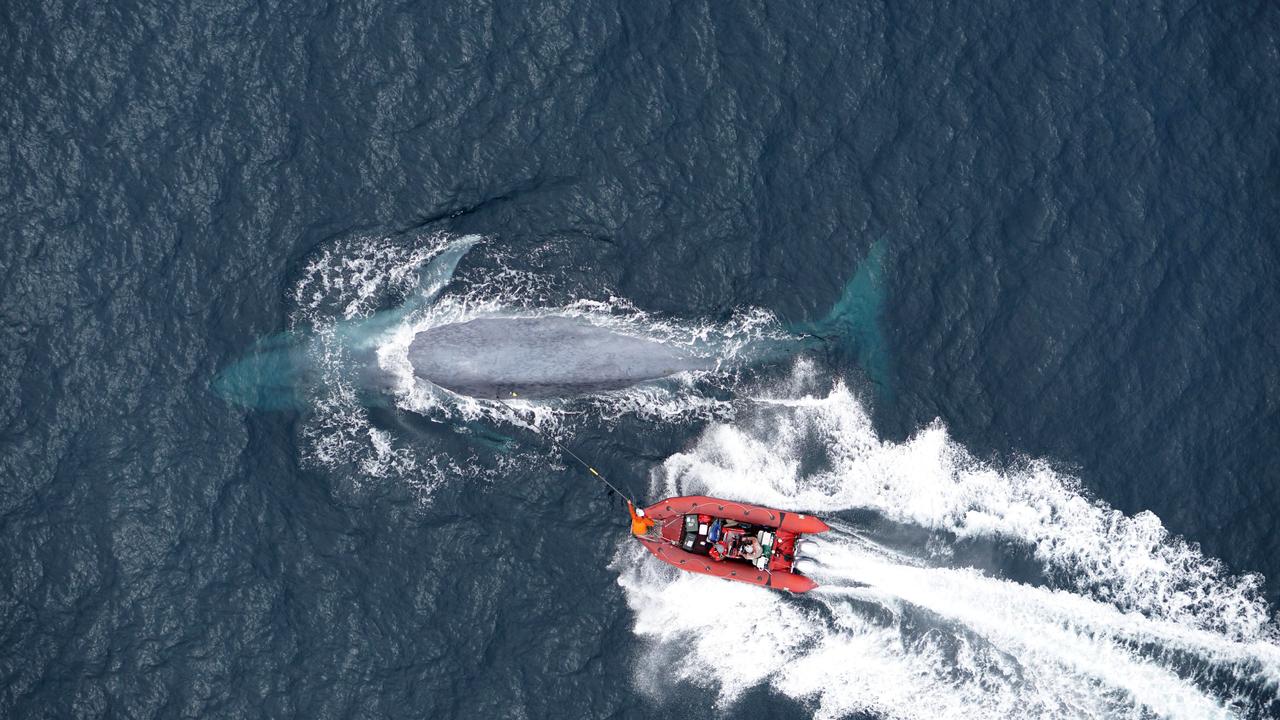 Stanford University researchers deploy a suction-cup tag on a blue whale off the coast of California. Study authors said the Earth's largest whales eat up to three times more than previously thought, with crucial benefits for the ecosystems they inhabit. Picture: Goldbogen Laboratory/Stanford University/AFP

The vast appetites of the largest whales are a much bigger ecological* force than scientists thought – and boosting their numbers could be a powerful way of fighting climate change.

The research sheds light on how the huge reduction in whale populations in the 20th century transformed the ocean, creating vast areas of ecologically degraded* seas. Huge amounts of microalgae*, which absorb carbon dioxide* from the atmosphere, vanished. Krill, small shrimp-like crustaceans* that blue whales eat almost exclusively, contain a significant amount of iron – a scarce nutrient in the open ocean. When whales eat krill they convert the protein into blubber and defecate* iron-rich waste. That waste provides a vital source of iron for diatoms, a microalgae that removes large amounts of carbon from the air through photosynthesis*. They form the base of the marine food chain, being eaten by krill, which are consumed by whales, which emit the iron and thus continue the cycle. As whales need to breathe air, the nutrients remain close to the surface of the ocean where the diatoms live.

When the whales are removed, the cycle collapses.

The study, published in the journal Nature, said krill biomass was now a fraction of what it had been. The researchers suggest that industrial whaling led to the disappearance of “hugely productive ocean pastures dominated by diatoms”. These areas, which covered much of the ocean surface, have become barren*.

“Think of these large whales as mobile krill-processing plants,” said Stanford University’s Dr Matthew Savoca, an author of the study. “Each fin whale or blue whale is the size of a commercial airliner. So, in the first half of the 20th century, before whaling, there were an additional one million of these 737-sized krill-processing plants moving around the Southern Ocean eating, pooping and fertilising.” In recent years, scientists have proposed adding iron to the oceans to stimulate the growth of carbon-absorbing algae.

Restoring whale populations could do much the same thing, the study suggests.

“Our results suggest the contribution of whales to global productivity and carbon removal was probably on par with the forest ecosystems of entire continents, in terms of scale,” said Dr Nicholas Pyenson of the Smithsonian’s National Museum of Natural History.

“That system is still there, and helping whales recover could ­restore lost ecosystem functioning and provide a natural climate solution. It’s the clearest read yet about the massive role of large whales on our planet.”

The researchers tracked the movement of 321 whales of seven species, which were tagged with sensors and cameras. Drones were also used to watch more than 100 whales while they fed. The data was combined to estimate just how much the whales were eating. 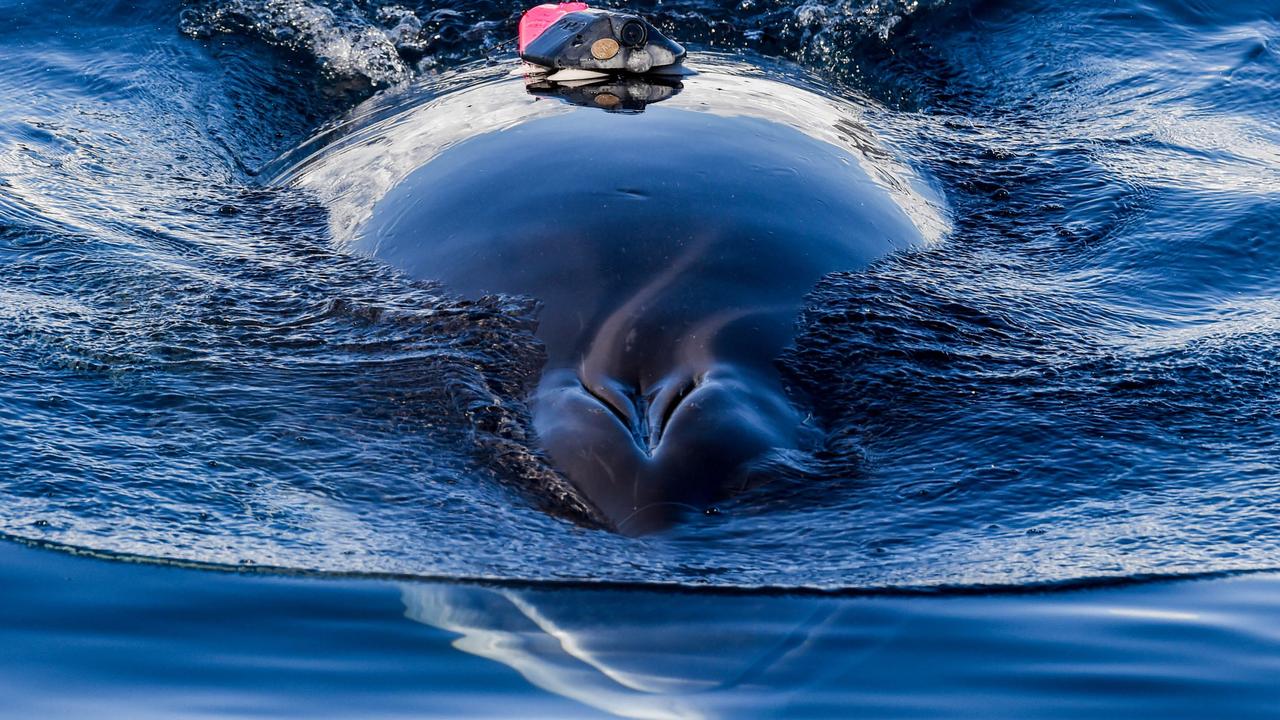 The analysis suggests that minke, humpback, fin and blue whales in the Southern Ocean consumed some 430 million tonnes of krill annually at the beginning of the 1900s. That is double the amount of krill estimated to be in the entire Southern Ocean today and is more than twice the total global catch from all human wild-capture fisheries combined.

In terms of the whales’ role as nutrient recyclers, the researchers calculate that whale populations, before numbers were vastly cut by 20th century whaling, produced some 12,000 tonnes of iron in the Southern Ocean, 10 times the present amount.

This story originally appeared in The Times and is republished with permission.

Humans have made the oceans very noisy

CLASSROOM ACTIVITIES
1. Whale, diatoms and krill food chain
Work with a classmate to create a food chain of whales, diatom and krill. You’ll need to read the information from the article carefully to see who eats what and in which order. Represent this as a pictorial food chain diagram which is clear and easy to follow.

2. Extension
List some ways you think could vastly increase the whale population to help with climate change? Is this a better solution than adding iron artificially to the oceans?

How can governments ensure that killing whales is no longer allowed or acceptable?

VCOP ACTIVITY
A whale of a tale
What amazing creatures. But they still need our help to ensure their populations rise again and the ecosystems can be restored.

Create a powerful poster expressing your views on whale conservation. Choose your words carefully to make sure your message is short, sharp and captures the audience’s attention.