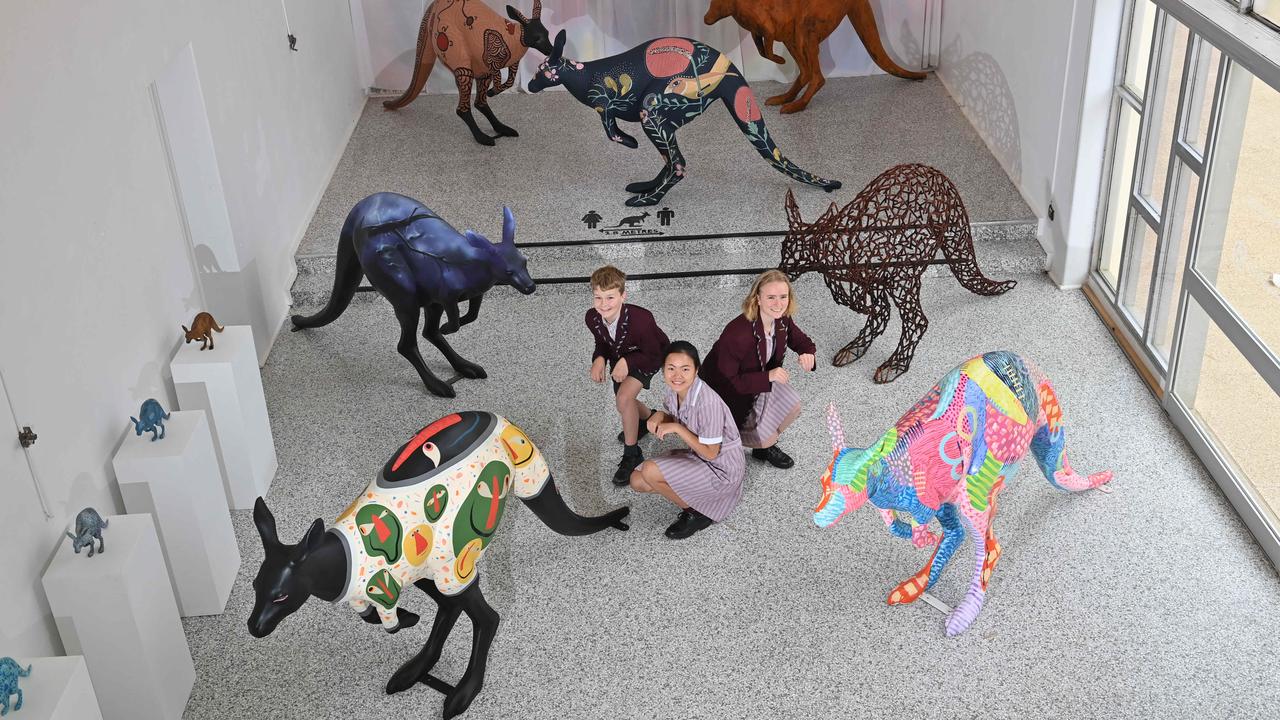 A mob of roos is about to be moved off the front lawn of an Adelaide school, but it’s not because they’re eating too much grass. It’s all for a good cause.

The life-size, colourful fibreglass kangaroos, each painted by a South Australian artist, are to be auctioned this month to raise money for bushfire recovery.

The idea for the fundraiser came from the art department at St John’s Grammar School shortly after last summer’s bushfires ravaged* the Adelaide Hills and Kangaroo Island.

Dawn Clarke, head of art at the school, said initially the idea had been to create a sculpture park around the school.

“However, when the bushfires happened it took a different direction … we were looking at the news and the press* and just overwhelmed by what was going on and thought, ‘we’ve got to do something’,” she said.

“So we came up with the idea of auctioning off the roos we had, as well as trying to get more artists on board … it quickly developed into a very big project.” Fibreglass roos on the lawns in front of St John’s Grammar School, Belair, South Australia, will be auctioned to raise money for bushfire recovery on Kangaroo Island. Picture: supplied

She said it had also proved an invaluable experience for students, with some contributing to the painting of some of the sculptures created locally by Uracast.

“It’s been really powerful and allowed us to show our students art for art’s sake is lovely but it’s also shown them the power of art in times of crisis,” she said.

There are eight large roos (1.24m high and 2.24m wide) and 10 small roos (18cm x 38cm) to be auctioned on February 21 with all money raised to go to Kangaroo Island-based charities, the Glossy Black Cockatoo Project and Kangala Kangaroo and Wildlife Rescue. 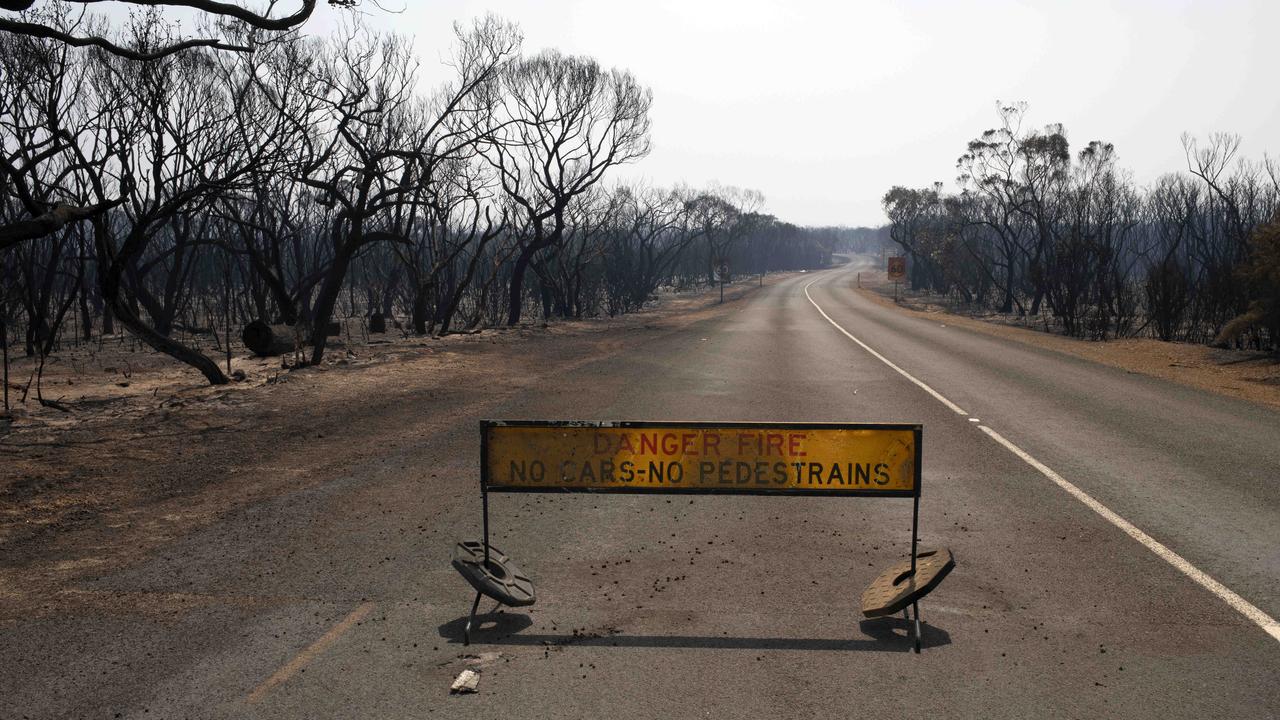 ENTER THE KIDS NEWS BUSHFIRE POETRY COMPETITION
We want primary and secondary school students around the country — particularly those in fire-affected regions — to share their experiences of the Black Summer bushfires.

The Kids News Bushfire Poetry Competition is open to children around Australia.

Two poems — one from a primary student and one from a secondary student — will be chosen to feature in a book commemorating a year since the Black Summer bushfires.

The book, a joint project between HarperCollins, News Corp Australia and the National Bushfire Recovery Agency, will be distributed to schools and libraries in bushfire-affected regions, as well as sold in bookstores throughout Australia.

You can read more about the competition HERE

Teen to fly solo around Australia for charity

CLASSROOM ACTIVITIES
1. Inspired Kangaroos
Leading Australian artists have adorned some of the kangaroos with their designs. Can you imagine what they might look like featuring art inspired by some of the world’s most well-known artists? Choose an artist whose style you admire and draw or paint what you think a kangaroo painted by them might look like.

2. Extension
The group of kangaroos in this story is referred to as a “mob”. There are lots of interesting names given to groups of different animals. These words are called collective nouns. Do some research to find out more and make a list of the 10 that you find most interesting.

HAVE YOUR SAY: What bushfire recovery fundraising could your school do?
No one-word answers. Use full sentences to explain your thinking. No comments will be published until approved by editors.