The children of Australia’s Black Summer don’t only talk about what they saw during those terrible days of fire – their sense memories swirl around smell and sound too.

The five poems by young people included in the new commemorative* book Fighting Spirit bring a child’s eye to the arresting* images of the 2019/2020 devastation*, collected in this moving photographic tribute to our bushfire-affected communities.

“These sorts of things are way too easily lost, so you have to have something permanent to keep them in,” he said.

“It was very scary, if I’m being honest. The smoke was all you could smell and breathe and your lungs hurt from it. When the fire actually got there, there was a roaring sound … like a tornado. Going through it, and all the time after it, rebuilding and stuff … it did bring the community together.” 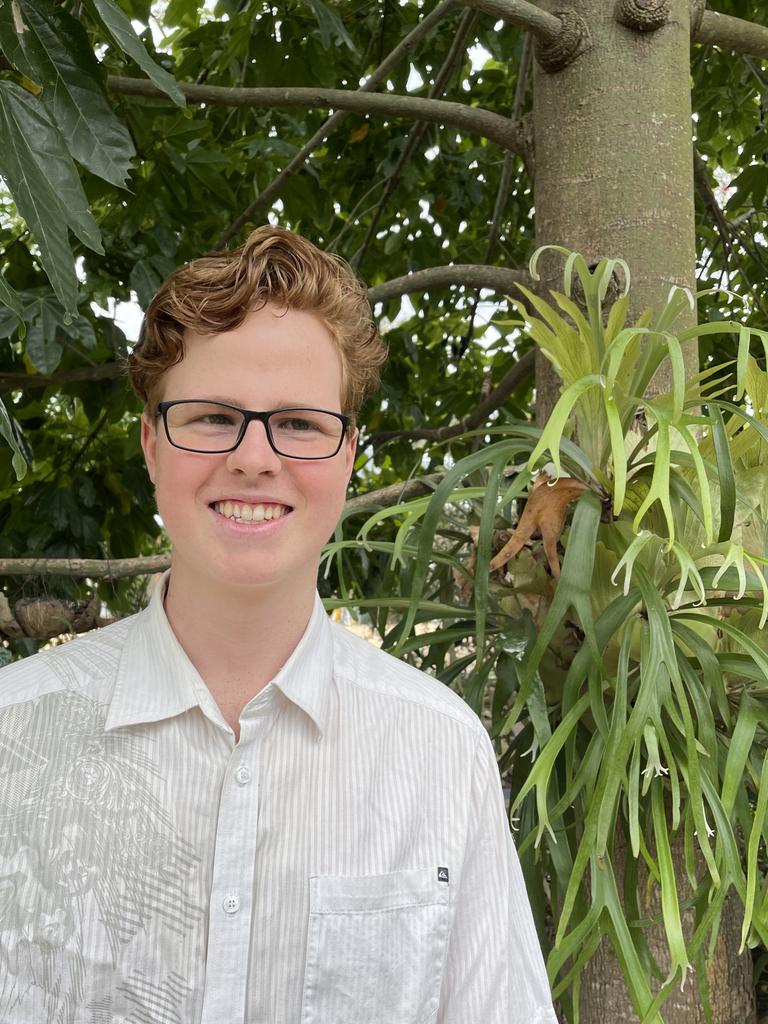 Kids from all around Australia entered the competition, and in addition to the five poems published in full, inspirational lines from many more are scattered throughout the pages of Fighting Spirit.

The book also contains photos submitted by ordinary people who were caught in the firestorm, as well as many striking images by News Corp photographers and other media.

Junior winner Lincoln, 12, a year 6 student at Cobargo Primary School in NSW, said one parent told him he had “done Cobargo proud”.

“That was a great feeling, to have done that,” Lincoln said. Lincoln Alderman, of Coolagolite near Cobargo in NSW, won the Kids News Bushfire Poetry Competition in the primary school category. He is pictured with his dogs Banjo and Gus. Picture: supplied

Runner-up in the junior division James Fielding, 11, also wrote about his own experiences and the fear he felt when the fire came close to his home at Nowra South, on the NSW south coast. Ignatius Hassett, 12, senior runner-up for his poem Losses, said he was motivated to write because it was “such a trying time”.

“Not just the fire, but the fact that we lost our dog as well,” he said. “It was unrelated, but it was just that same period that we lost him. That time period was devastating.”

The publication of Fighting Spirit was a huge source of pride.

“I’ve actually achieved something big,” Ignatius said. “I’m there in history – in the record.” 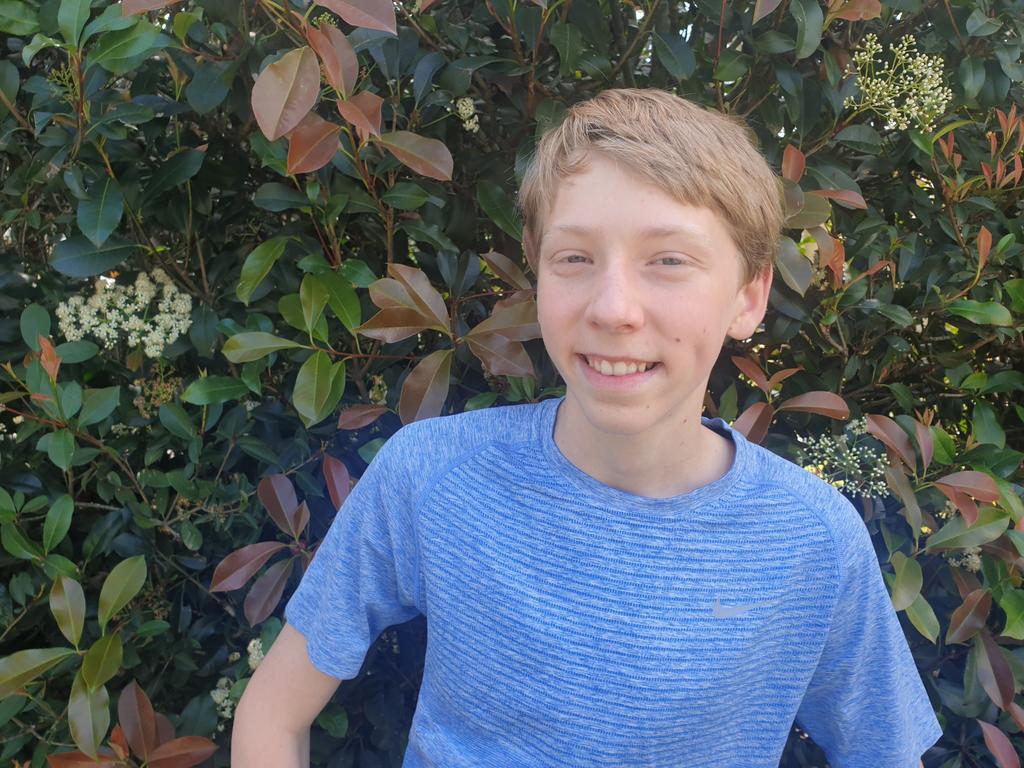 An Honourable Mention was also awarded to year 4 student Fintan Daly, whose poem captures something the whole of Australia feels every bushfire season: immense gratitude to the nation’s firefighters.

“I remember that the Black Summer bushfires were a time of sorrow, but also a time that brought us together as a country,” Fintan said. “I feel very honoured to appear in this book and I am so grateful for the fireys that worked so hard.” 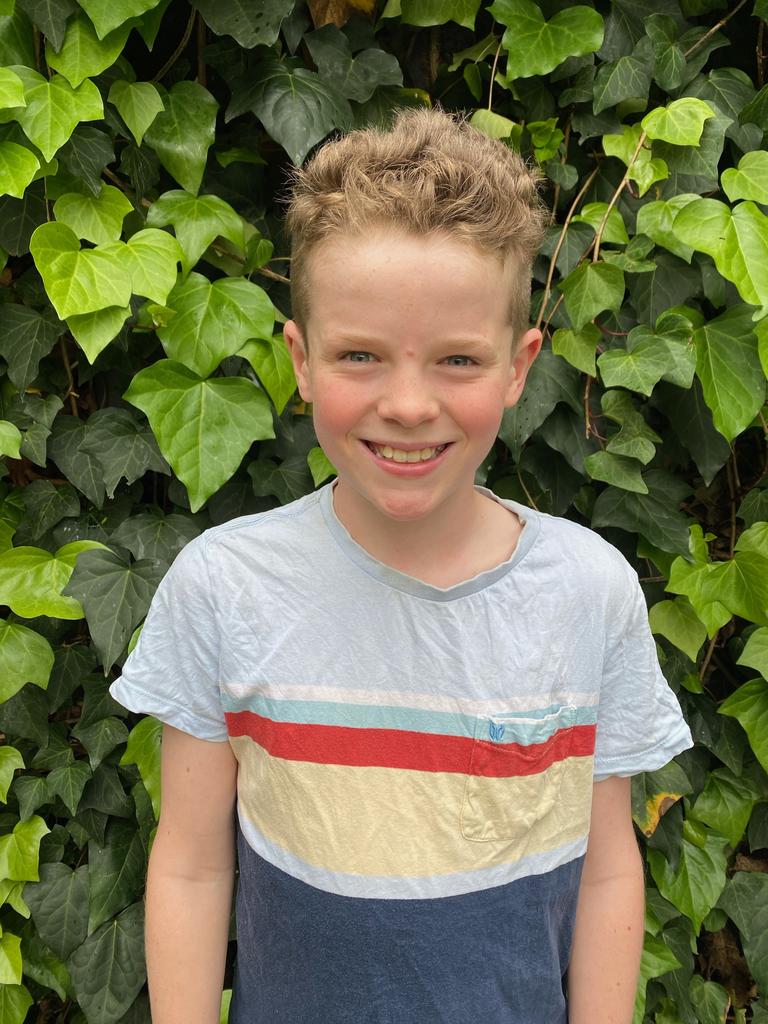 Announcing the winners and runners-up in April, renowned* author and competition judge Jackie French said she was moved by the entries with the “greatest authenticity* and insight*”.

Fighting Spirit is a collaboration* between News Corp Australia, HarperCollins and the Federal Government’s National Resilience and Recovery Agency. Five thousand copies will be donated to libraries and schools in bushfire-affected communities and all royalties will go to the bushfire charity BlazeAid.

Kids News is proud to present the five winning poems on the occasion of the book’s publication. 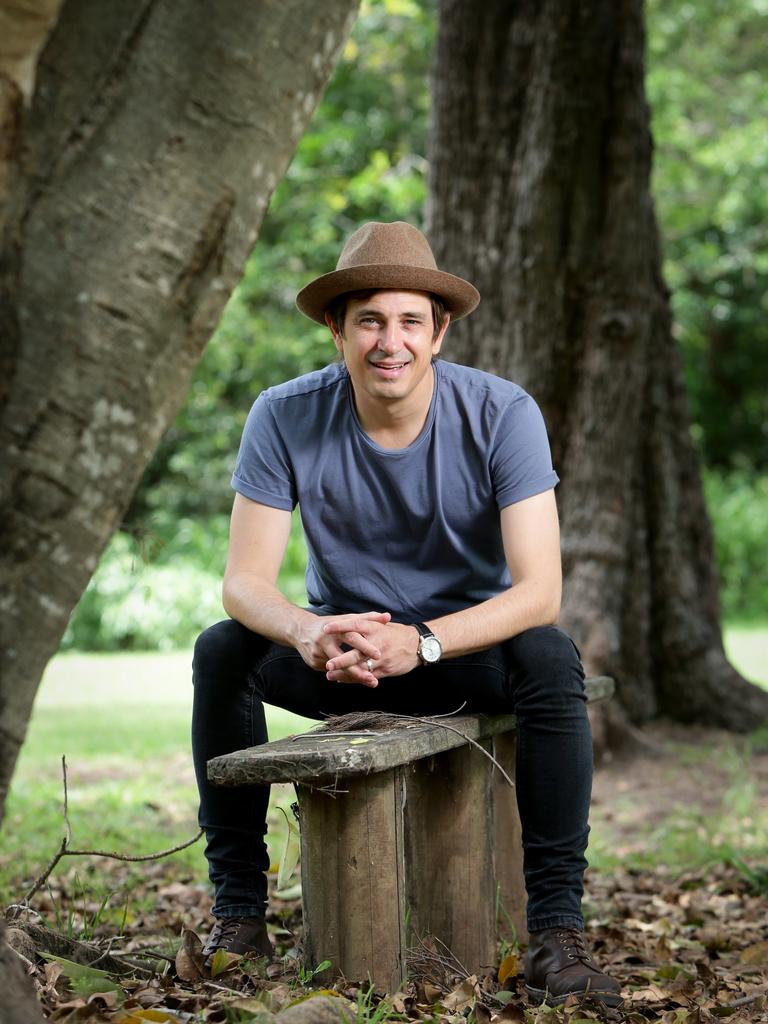 Award-winning Australian writer Trent Dalton penned the foreword for Fighting Spirit. The book is a collaboration between News Corp Australia, HarperCollins and the National Bushfire Recovery Agency to commemorate the disaster and raise money for BlazeAid. Picture: Steve Pohlner

LOSSES
Blackened red sky
Flying ashes, burning embers
Racing hearts, plunging hope
Home in danger, saved by the river
Our treehouse left this world in a blaze
of fire
I remember like yesterday we sat on the
soccer wall in denial
Weeping as we saw blackened cloud
looming above
I knew right then that it was gone
But still hoping, wishing, praying against
all odds
We lost our dog to highway traffic
I barely missed him at first
Then I began to miss the biting of feet
on the trampoline
I know now that things like houses and
tree houses are replaceable
But our friends are not

I WILL NEVER FORGET
I will never forget that year,
the smoke was thick, the sirens were loud,
and the fire was near.
I was scared.
Our school closed down,
we turned on the news and there was our town.
We danced for rain, but it just didn’t come.
The fire came near,
and our town lived in fear.
We packed up our stuff,
and I had to be tough.
I was scared.
It was too late to leave on New Year’s Eve.
Sometime after lunch the sky turned to black.
There was no turning back.
We waited and watched,
and our place was spared.
But I was still scared.
Today I give thanks as I look at the sky,
for the fireys that saved us and gave up their time.

Fighting Spirit: A tribute to the bushfire-affected communities of Australia’s Black Summer, published by HarperCollins Australia, is now available.

What stories really matter to you?