How the World Celebrates Christmas: 20 ways to say Merry Christmas plus fun facts and world records Saying Merry Christmas in any language is a phrase that immediately makes you smile.

Here we look at the festive greeting in a few of the world’s key languages:

10 FUN CHRISTMAS FACTS
1. There are about 30 million to 35 million Christmas trees grown in the world every year. It takes Christmas trees around 15 years to grow to 1.8m to 2.4m. 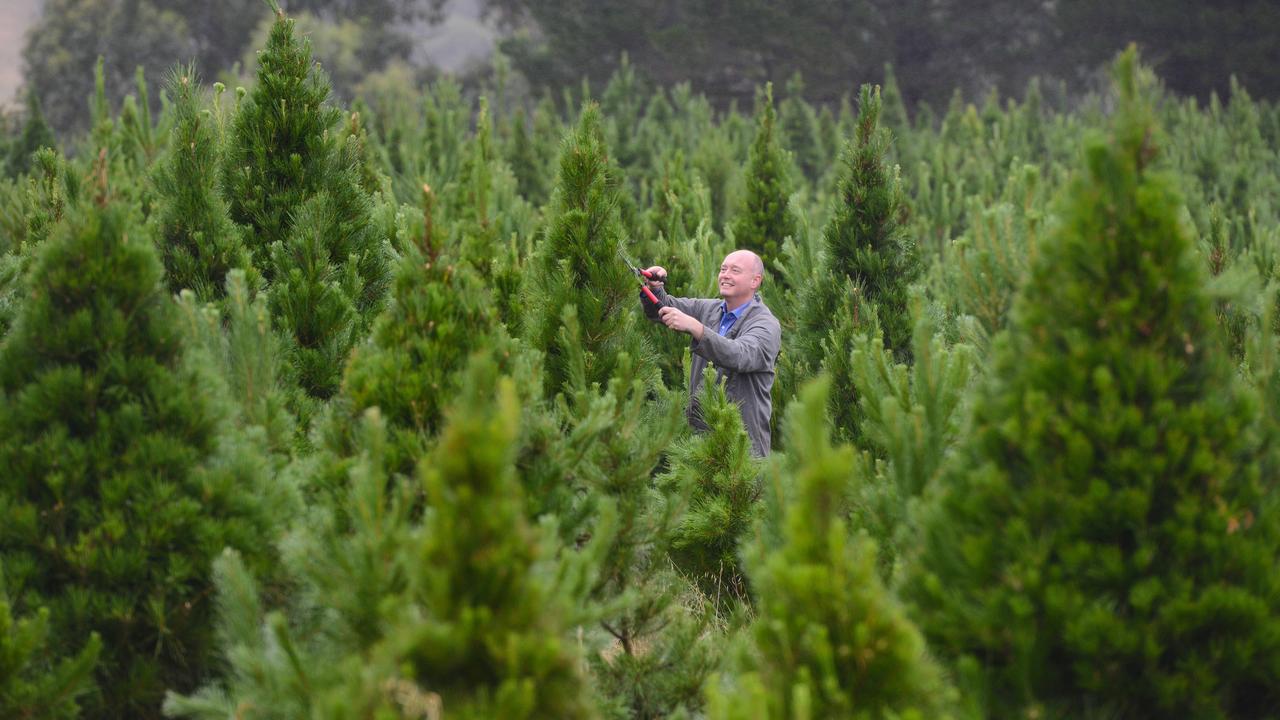 2. Oliver Cromwell was a political and military leader in 17th-century England who served as Lord Protector, or head of state, of the Commonwealth of England, Scotland and Ireland. He banned Christmas in England from 1647-1660 claiming it wasn’t right to hold a celebration on one of the year’s holiest* days.

3. Children in Brazil receive gifts from Papai Noel on Christmas Eve. They believe Papai Noel enters via the front door and travels via helicopter rather than a reindeer-drawn sleigh*.

4. The inventor of strings of Christmas fairy lights got the idea from the string lights used in telephone switchboards* in the late 1800s. The first nativity scene was set up in a cave in 1224. Picture: Thinkstock

5. The first nativity scene* was set up in a cave by Saint Francis of Assisi in Italy around 1224. He had to gain permission directly from the Pope before he could begin.

6. Author Charles Dickens created his classic mean anti-Christmas character Scrooge after seeing the gravestone of Ebenezer Scroggie while filling in time on a lecture visit to Edinburgh in 1842. The novelist misread the surname on the gravestone as Scrooge and mistook the job “mealman”, which referred to Scroggie’s career as a corn trader, as “meanman”.

8. In Canada, the post office genuinely recognises the address Santa Claus, North Pole, Canada, HOHOHO. Any letters received bearing this address are not only opened, they’re also replied to!

9. The Guinness World Record for the tallest stack of doughnuts, a traditional dessert for Hanukkah, was set with 3100 doughnuts in December 2018 by the Jewish Life Centre in Johannesburg, South Africa. 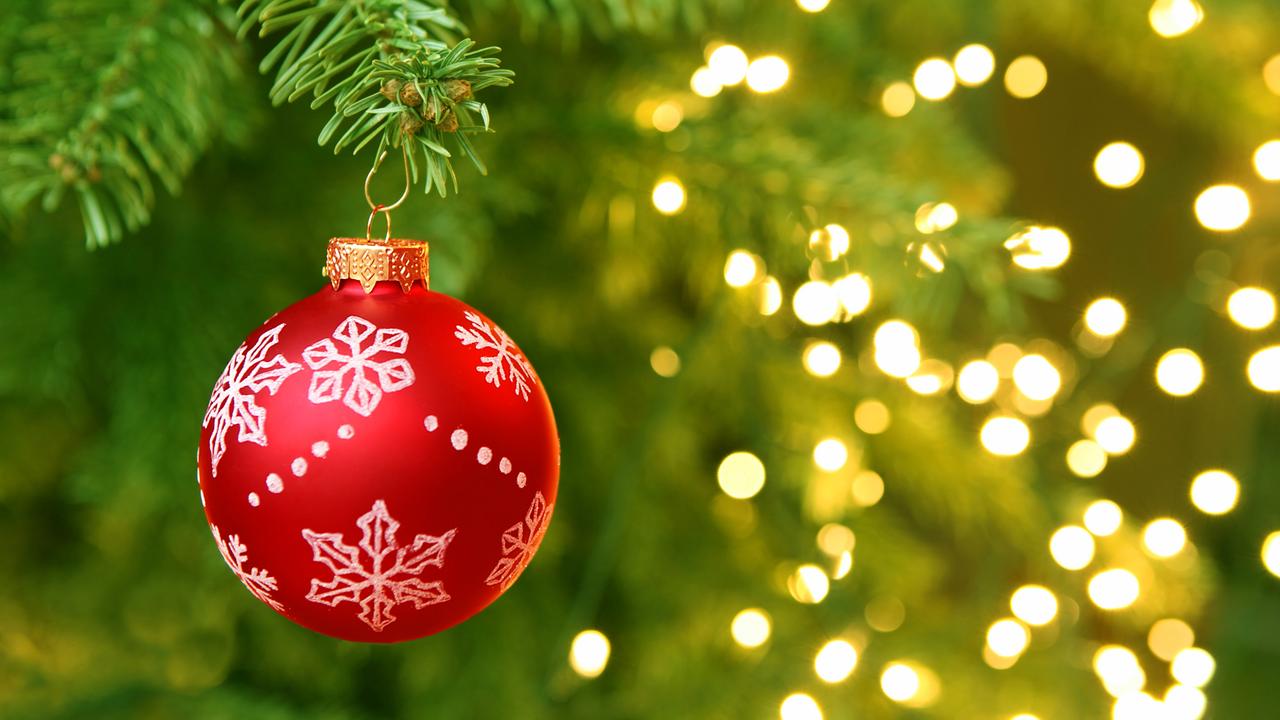 Red, green and gold are the traditional colours of Christmas. Picture: istock

10. The traditional three colours of Christmas are green, red, and gold. Green has long been a symbol of life and rebirth; red symbolises the blood of Christ, and gold represents light as well as wealth and royalty.

UNUSUAL FESTIVE WORLD RECORDS
Holding a world record is pretty special at any time, but adding a sprinkling of yuletide achievement makes it more impressive. Check out these unusual Christmas world records.

Not only did he have to down the bite-size treats, he also had to open the doors in numerical order from 1 to 24.

Kevin managed to down all two dozen chocolates in 1 minute 27.84 seconds. An advent calendar with 24 chocolates inside.

Largest group of carol singers
A total of 25,272 carollers gave voice to this world record on December 13, 2014. The singers from the Godswill Akpabio Unity Choir gathered at Uyo Township Stadium in Akwa Ibom in Nigeria to belt out some Christmas classics and take the record.

Most people lighting menorahs at the same time
The Jewish Centre of Princeton managed to gather 834 participants to light the traditional Jewish candles of the menorah in Montgomery, New Jersey, in the United States in December 2012. This display took the world record for the largest gingerbread village.

Largest gingerbread house village
This world record was set with 1251 lolly-covered gingerbread houses built by American Jon Lovitch at the New York Hall of Science in Corona, New York, in January 2017. All of the houses were edible*.

The most expensive Christmas tree ever decorated
This tree was valued at more than $11 million and was on display in December 2010 at the Emirates Palace hotel in Abu Dhabi, United Arab Emirates. It had plenty of security guards around it, too!

The world record was achieved in February 2015 in Akabira, Hokkaido, Japan, by Drama 24 Unhandy Handyman. There were 1406 people working together. 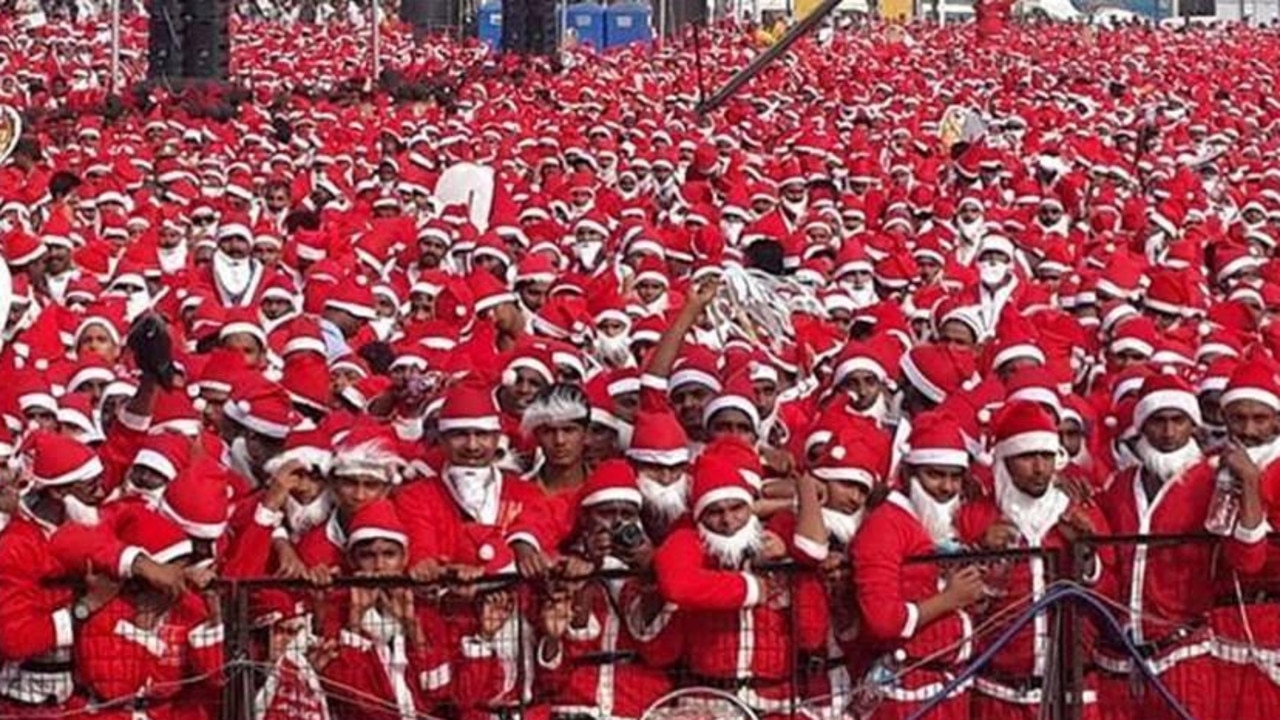 The largest gathering of people dressed as Santa.

EXTRA READING
Part 5: Christmas movies you can watch over and over
Part 6: How to have a cleaner, greener Christmas

HAVE YOUR SAY: Which fact or world record interested you the most?
No one-word answers. Use full sentences to explain your thinking. No comments will show until approved by editors.