How the World Celebrates Christmas: the history behind our decorations and characters 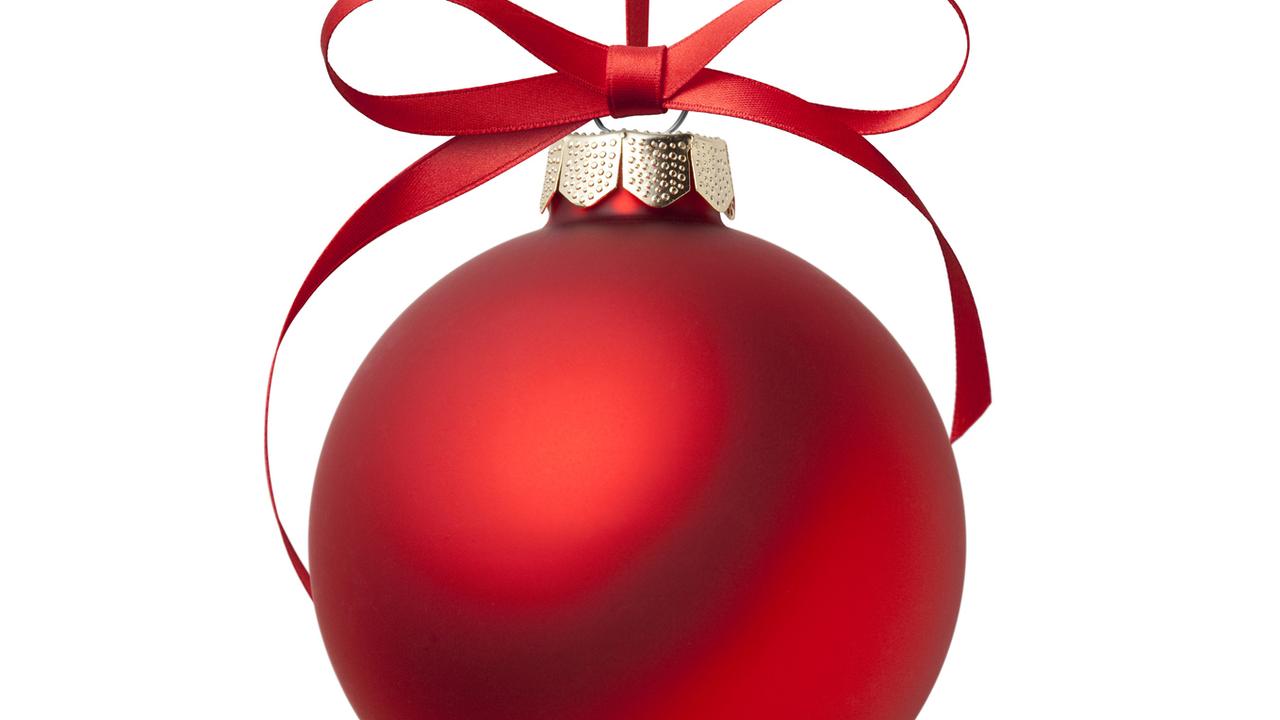 Christmas in Australia means an explosion of colourful decorations and traditions*.

They usually range from baubles, lights and tinsel hanging on trees and light poles, to giant Christmas trees erected in public squares and stores filled with festive trinkets*.

Christmas is hard to escape once December arrives down under.

But what is the history behind all these decorations and traditions?

Kids News did some investigating and found some of them stretched back hundreds and hundreds of years, while others were introduced more recently.

Here is some of what we learned, plus a few global traditions that might surprise you. 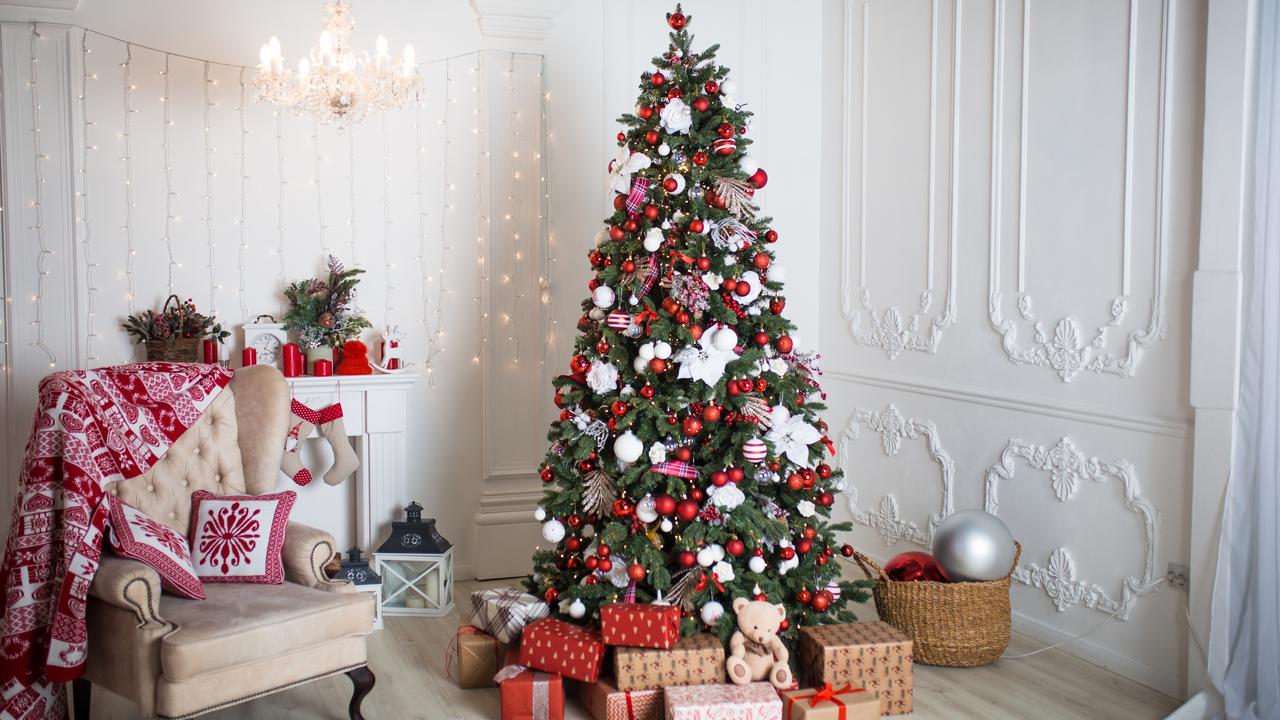 Christmas trees
The tradition of decorating evergreen* trees started as long ago as the 4th century (the 300s).

Ancient Romans and Pagans (those who didn’t follow a religion or believed in more than one god) believed the trees signalled the “return of life” and “light” after a long winter. The trees formed part of their celebrations for the winter solstice, which is the shortest day of the year.

A common decoration on the tree branches was red apples, which is believed to have sparked the modern tradition of hanging coloured baubles on our trees today.

During the 16th century, Germans were thought to be the first to bring “Christmas trees” into their homes for the holidays and decorate them with cookies and lights. The Christmas tree made its way to America in the 1830s, but it wasn’t popular across the world until 1846, after Germany’s Prince Albert brought it to England when he married Queen Victoria. The two were sketched in front of a Christmas tree and the tradition instantly became popular.

Three Wise Men
Many Christmas stories and carols mention the Three Wise Men (or sometimes they are called the Three Kings or the Three Magi) who come from the East to follow a star and deliver gifts to the baby Jesus in Bethlehem.

This is where the modern tradition of giving gifts to loved ones comes from.

Tinsel
First invented in 1610 in Germany, it was meant to look like ice and snow hanging from Christmas tree branches. Tinsel was once made of real silver. At one point in history, the US government banned tinsel because it also contained lead and they worried it could lead to lead poisoning in people.

But do not fear, it’s now made of plastic so it’s safe to hang on our trees. 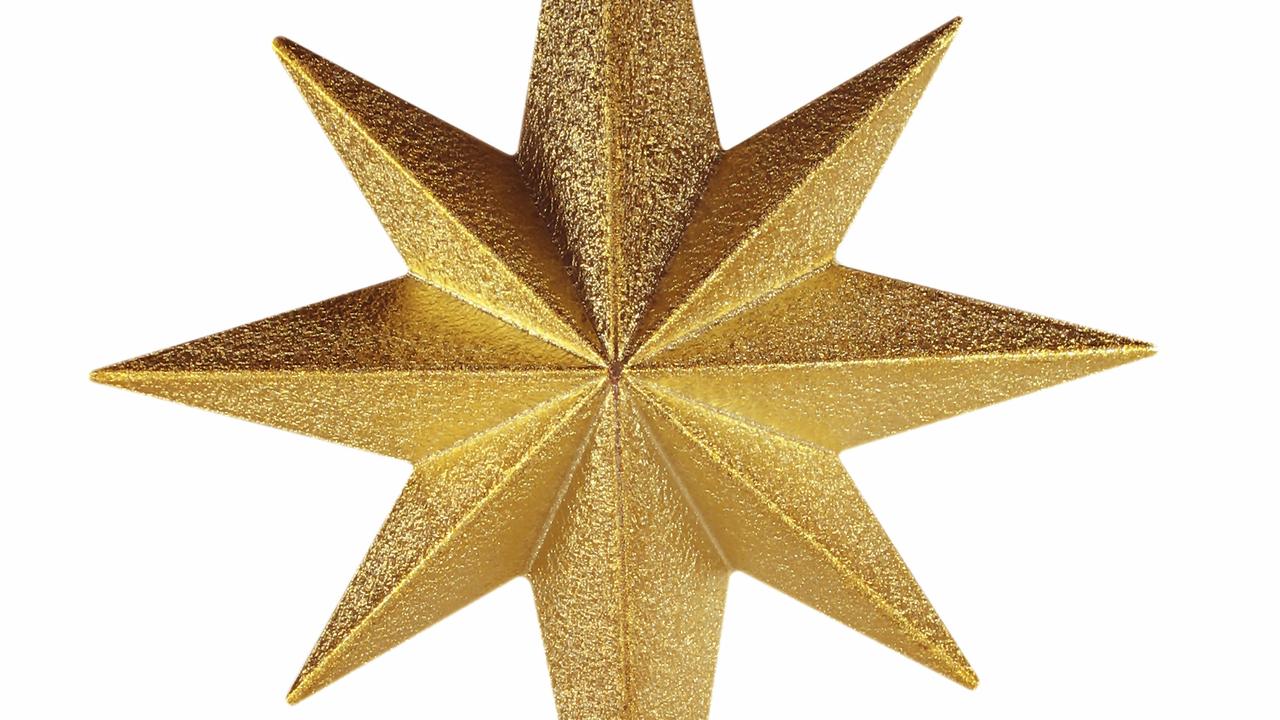 The star
Stars on the top of the Christmas tree are said to represent the Star of Bethlehem, which Christians believe guided the Three Wise Men to find baby Jesus.

But was it really a star or something else?

The truth is, no one really knows. There are many theories including that it was a comet, a super nova*, a planet or something entirely supernatural*!

Whatever its origins, its links to the Christian Christmas story have made the star a popular symbol to place on the top of the tree.

Angels
Another popular Christian tree topper is the Christmas Angel. According to the Bible, angels appeared in the sky over Bethlehem to announce and celebrate the birth of Jesus. 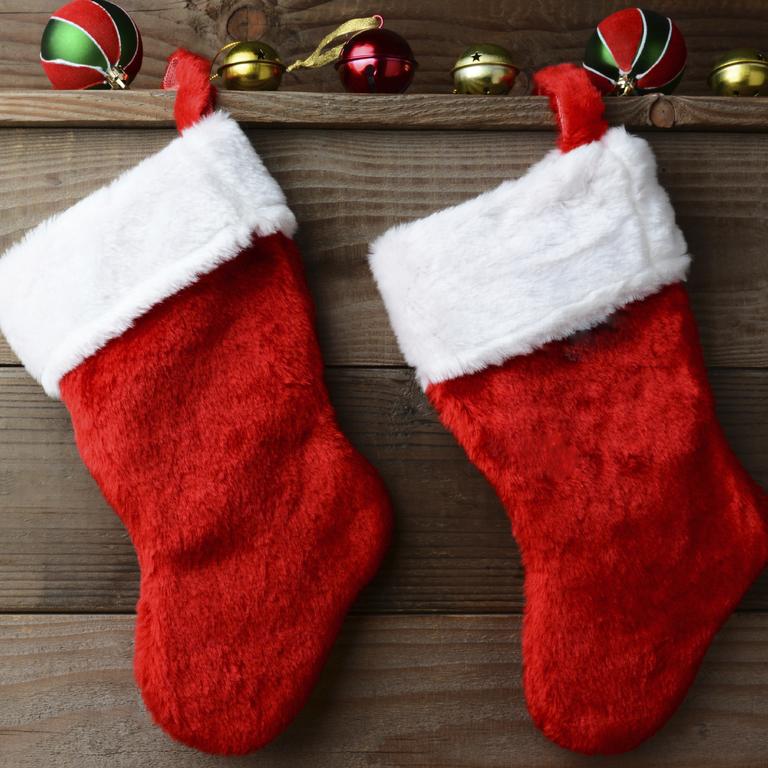 Stockings
According to legend, St Nicholas, a bishop known for his kindness and generosity, had discovered a family that was struggling financially and he decided to deliver them an extravagant gift. On Christmas Eve, St Nicholas tossed three bags of gold coins down the family’s chimney, where they landed in the socks that were hung above the fireplace to dry.

Wreaths
The wreath is a circular, never-ending symbol of eternal love and rebirth. The holly plant, which is often used on Christmas wreaths, also stands for immortality* and the cedar wood for strength. Today, the wreath symbolises* generosity*, giving, and the gathering of family.

Candles
A candle is also a symbol of the star of Bethlehem. Before electricity, families would use candles to light up the tree. Also, during this season, two other holidays share the significance of candles and light: Hanukkah, the Festival of Lights, in Judaism*, and Kwanzaa, a unity celebration of people displaced during the African diaspora, where one candle of the kinara candle holder is lit over seven nights. Christmas crackers
Crackers were first made in about 1845-1850 by London sweet maker Tom Smith. He had seen French bon bon sweets (almonds wrapped in pretty paper) on a visit to Paris in 1840 and tried selling similar sweets when he came back to London. However, he had the original idea to include a small motto or riddle inside the wrapping.

Christmas cards
This custom was started in Britain in 1843 by Sir Henry Cole, who worked for the Public Record Office (now called the Post Office). He tried to come up with new ways to get more everyday people using the office and had the idea to send cards at Christmas time.

Advent calendars
The advent calendar started in the mid-19th century when German Protestants* marked the countdown to Christmas with chalk marks on doors or by lighting a candle.

It wasn’t until the early 1900s that paper calendars were made and the idea spread around the world.

Advent calendars are used from December 1 until Christmas on December 25. They mark the Advent, which is the four weeks leading up to the birth of Jesus on Christmas Day. 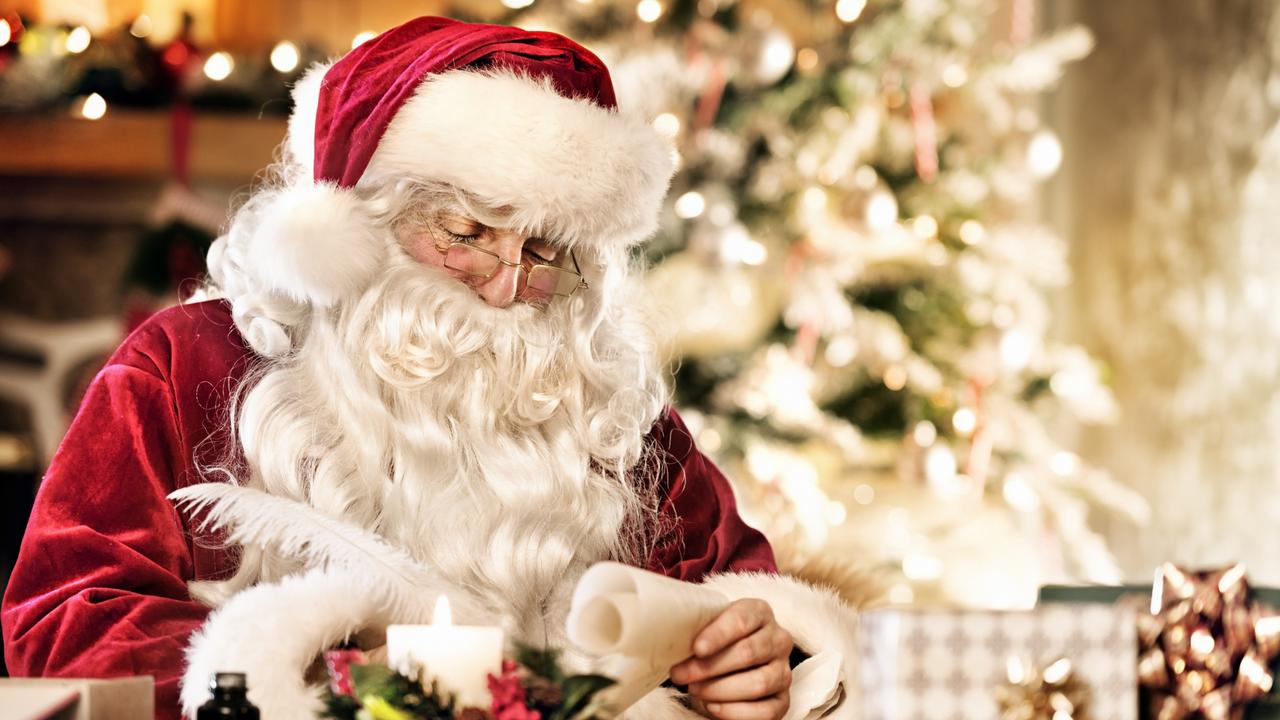 Santa writing at the North Pole.

Santa Claus
The tradition of Santa Claus is said to come from St Nicholas, a Christian bishop living in (what is now) Turkey in the 4th century AD.

Nicholas had inherited a great deal of wealth and was known for giving it away to help the needy. When he was sainted, he became the protector of children.

The Dutch figure Sinterklass is also based on St Nicholas.

His legend evolved across northern Europe, and he finally assumed his now-familiar form.

There are a number of stories about how Santa Claus came to have his white beard, round cheeks, red suit and sack of toys. Here are a few:

1. Cartoonist Thomas Nast worked for Harpers Weekly magazine in the US and in the middle of the American Civil War, he decided people needed something to cheer them up at Christmas time.

So Nast sketched images of a fat man from the North Pole with an armful of presents and published them.

2. Coca-Cola hired an illustrator named Haddon Sundblom in 1931 to create images of Santa for magazine advertisements. His image was very similar to the warm and friendly Santa we know today.

3. Others believe the look of today’s Santa was created at an 1804 meeting of the New York Historical Society, where member John Pintard handed out wooden cutouts of jolly old St. Nicholas in front of stockings filled with toys. 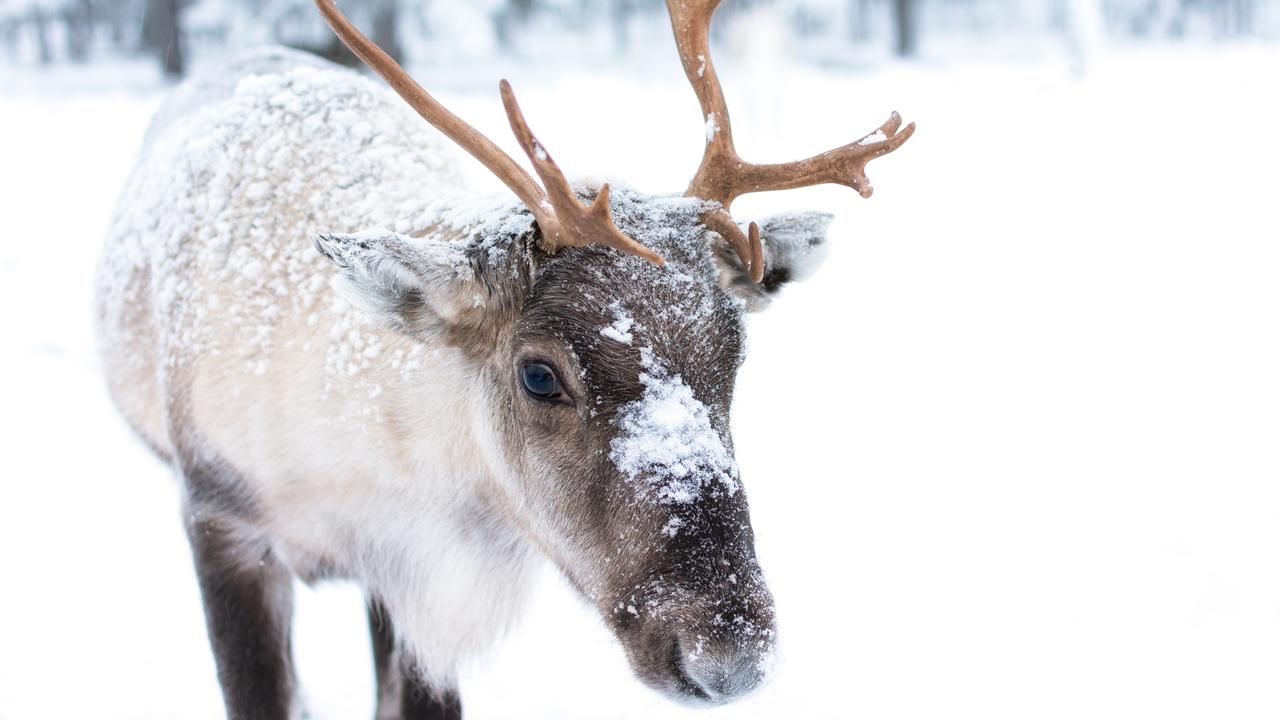 Employee Robert L. May used the reindeer as a marketing gimmick* to get kids to buy holiday colouring books. At the start, the reindeer was known as Rollo before a name change to Rudolph.

But what about the other reindeer — Dasher, Dancer, Prancer, Vixen, Comet, Cupid, Duner and Blixem (which, like Donner and Blitzen, come from the German words for thunder and lightning)?

Well, they were introduced to us in a poem called A Visit From St. Nicholas, first published in 1823.

OTHER TRADITIONS FROM AROUND THE WORLD Fake spider webs are hung on trees in the Ukraine.

UKRAINE: Spider web tree decorations
According to ancient storytellers, there was once a widow* living in a small cold hut with her children. One day, a pine cone dropped from the tree outside and took root. The children, excited by the thought of a tree for Christmas, cared for the seedling and made plans about how they would decorate the tree. But the family was poor and they went to bed on Christmas Eve with the tree branches bare.

The household’s spiders heard the children’s sobs and spun intricate* webs on the tree. In the morning, the sun’s rays touched the threads of the web turning each one into silver and gold. The story states that from that day forward, the widow was never poor again.

To remember this miracle, Ukrainians still decorate their trees with fake spider webs to bring good luck and fortune for the coming year.

VENEZUELA: Rollerskating to church
In the capital of Caracas, Venezuelans wake early on Christmas morning, put on their rollerskates and skate their way to Christmas mass. Roads are blocked off until 8am to allow this tradition to take place.

CZECH REPUBLIC: Tossing the shoes
Over Christmas, Czech women use a clever trick to predict their love lives for the coming year. Unmarried women stand with their backs to their front doors and toss shoes over their shoulders. If a shoe lands with its toe pointing towards the door, the woman will get married within the next 12 months. 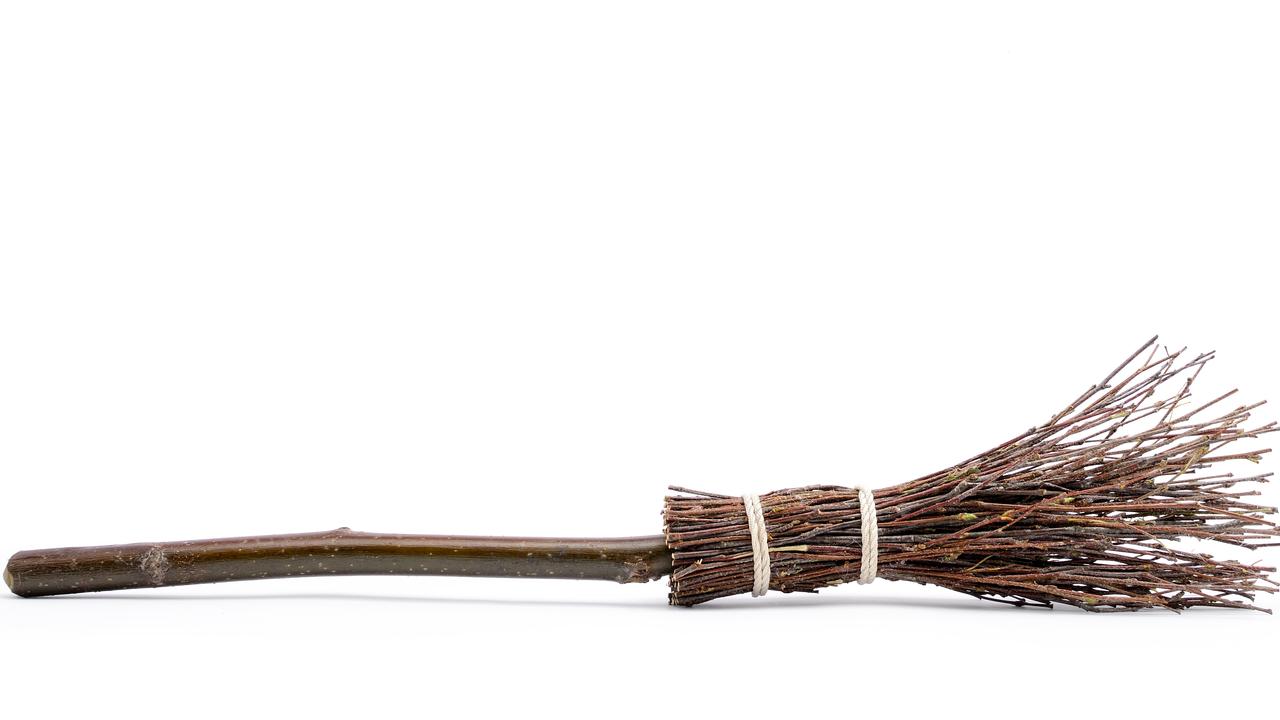 Hiding the broom is meant to fight off evil spirits and witches in Norway.

NORWAY: Hiding the brooms
In this Scandinavian country, it’s thought that Christmas Eve coincides with the arrival of evil spirits and witches. To protect themselves, families hide all their brooms before they go to bed.

AUSTRIA and GERMANY: Krampus
Possibly the most terrifying Christmas tradition takes place in Austria, Germany and other parts of Central Europe, where revellers dress up like a demon-goat monster called Krampus, who scares children into being nice — and punishes the ones who refuse.

GERMANY: Filling the shoe
German children leave a shoe outside the house on December 5 and it is filled with sweets overnight. Naughty children awake to find a tree branch in the shoe instead.

In Iceland, France, Philippines there is a similar tradition where children shine their shoes and leave them outside front door for gifts.

FINLAND
It’s traditional to have a sauna on Christmas Eve to cleanse the body and mind.

ENGLAND: The Queen’s message
The annual Christmas TV broadcast from her majesty Queen Elizabeth II is the continuation of a long tradition for the British royal family.

The first Christmas Broadcast was delivered by George V in 1932 and since then has evolved* into an important part of the Christmas Day celebrations for many people in Britain and around the world.

Each broadcast carefully reflects on current issues and concerns, and shares The Queen’s thoughts on what Christmas means to her and to many of her listeners. Over the years, the Christmas Broadcast has acted as a record of global, national and personal events which have affected The Queen and her audience.

Part 1: Christmas festivals around the world

Part 3: Festive foods and their origins

CLASSROOM ACTIVITIES
Refer to the accompanying ‘How the world celebrates Christmas’ classroom workbook with 50 activities. It can be purchased for just $5 including GST at https://kidsnews.myshopify.com/products/christmas

HAVE YOUR SAY: Tell us what you found interesting about these Christmas traditions.
No one-word answers. Use full sentences to explain your thinking. No comments will show until approved by editors.