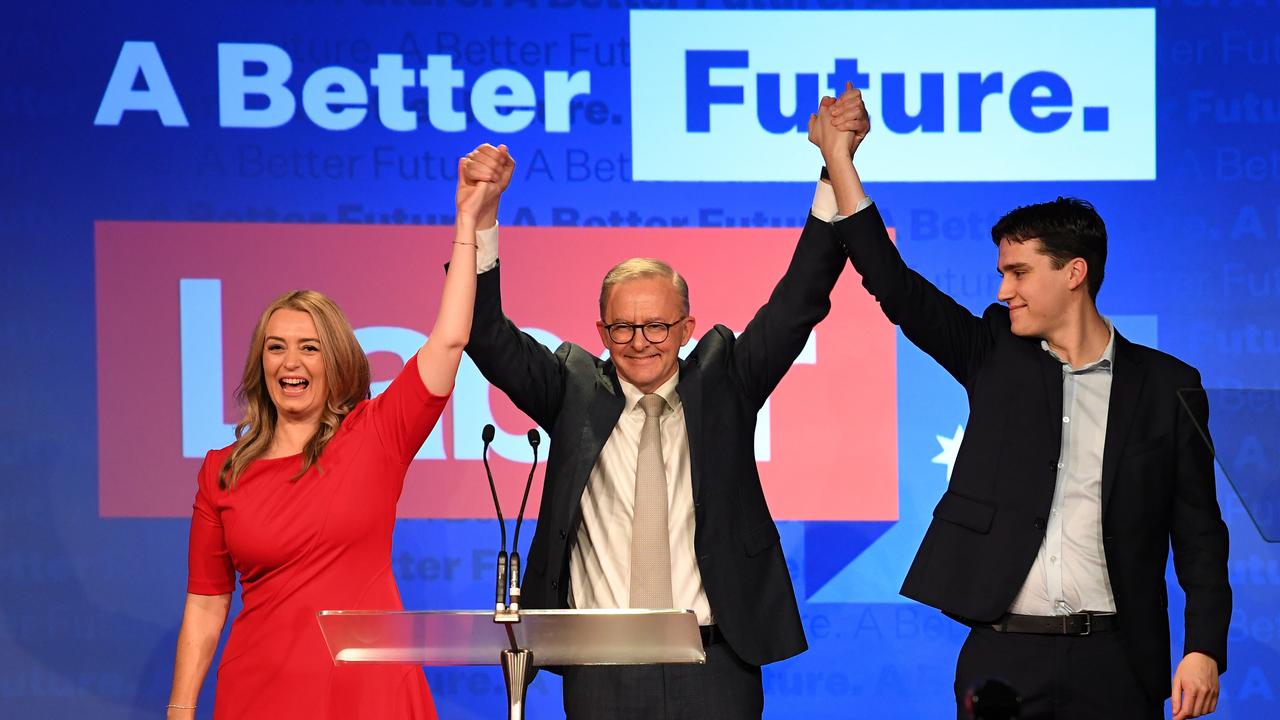 Labor leader Anthony Albanese will be sworn in as Australia’s 31st prime minister after his party won the federal election at the weekend.

Labor had on Sunday won 72 seats in the House of Representatives*, enough to confirm the party’s victory. But, as counting of the votes continued, it was too early to say if Labor would win the required 76 votes to have a majority of seats.

If Labor wins a majority of seats, it can govern in it’s own right, which means it will not need to rely on the support of independents* to get its parliamentary business done.

Mr Albanese gave an emotion victory speech shortly after, saying he was “humbled* by this victory” and “honoured to be given the opportunity to serve as the 31st Prime Minister of Australia”. “It says a lot about our great country that the son of a single mum who was a disability pensioner who grew up in public housing down the road in Camperdown can stand before you tonight as Australia’s Prime Minister,” Mr Albanese said.

“I hope that my journey in life inspires Australians to reach for the stars.”

He vowed to bring Australians together and leave no one behind after what he said were years of division.

“I want to find that common ground where together we can plant our dreams,” Mr Albanese said.

Mr Albanese, 59, will be sworn-in on Monday so that he can attend the important Quad leaders’ summit in Tokyo and meet with US President Joe Biden on Tuesday.

Mr Morrison told supporters he would step down as the Liberal leader but remain in parliament as the member for Cook.

“There are many votes still to count … but I believe it’s very important that this country has certainty,” Mr Morrison said on Saturday night.

He said the past few years had been a “time of great upheaval*” which Australians had felt deeply, flowing through to both parties “having one of the lowest primary votes* we’ve ever seen”. Outgoing Prime Minister Scott Morrison was joined on stage by his wife, Jenny, and daughters Lily and Abbey when he conceded defeat on election night. Picture: Getty Images

While counting continues, it appears that six new independent candidates will join two existing independents in parliament. These independents are not part of the major parties: Labor or the Liberal-Nation coalition.

The Greens, who also want more action on climate change, were also expected to pick up seats, with three Queensland Green candidates set join leader Adam Brandt in the House of Representatives. Mr Albanese was all smiles as he left his house to walk his dog the morning after his election victory. Picture: Darren Leigh Roberts

Step inside the houses of federal parliament

Parties line up in the game of politics

CLASSROOM ACTIVITIES
1. PM’s adviser
If you could have a chat to our new Prime Minister Anthony Albanese, what would you say to him? Which of his party’s policies would you tell him to prioritise first? Are there any issues that you don’t think his party is focused on but should be? Write down your advice to Mr Albanese

2. Extension
Identify the one thing would you change first if you were elected Prime Minister of Australia. Carefully explain how you believe that this change would improve life in our country.

VCOP ACTIVITY
To sum it up
After reading the article, use your comprehension skills to summarise in a maximum of three sentences what the article is about.

Use your VCOP skills to re-read your summary to make sure it is clear, specific and well punctuated.