Guns that are unwanted, unregistered or illegal can be handed in as part of the national amnesty. Picture: AAP

Gun owners will be able to hand in their weapons with no questions asked from next year when Australia launches a national gun amnesty*.

A gun amnesty is designed to make the community a safer place by removing unwanted, unregistered or illegal firearms, firearm parts, banned firearm accessories and ammunition from the community, making it harder for guns to fall into the hands of criminals or innocent children. The amnesty means people can hand over the weapons without fear of breaking the law.

For the first time, all states and territories agreed to make the nationwide amnesty a continuous program — meaning it has no end date — during a meeting of police and emergency services ministers in Adelaide on Wednesday.

More than 57,000 weapons including automatic* rifles, handguns and a rocket launcher were handed in when Australia held just a three-month amnesty in 2017. 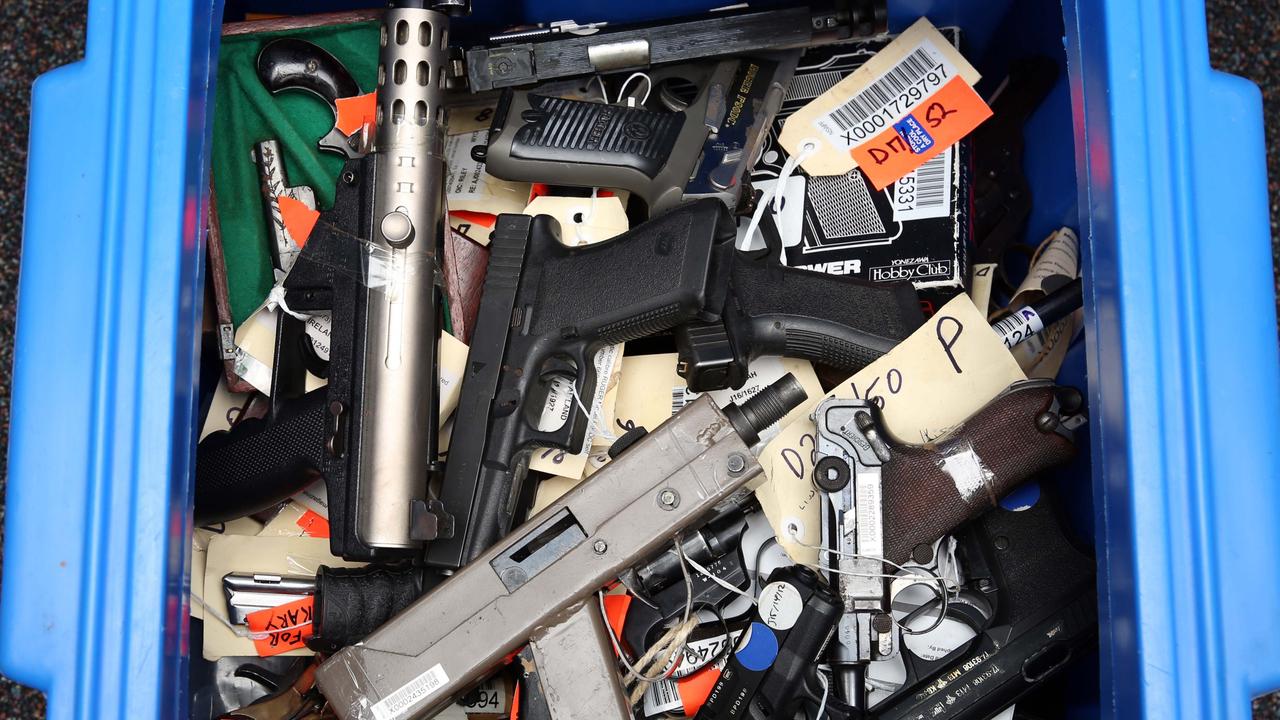 Some of the guns handed in during a previous firearm amnesty.

“It’s very important to keep firearms out of the family home if they’re not used anymore, and to keep them out of the hands of criminals,” he said.

Mr Wood, a former police officer, said the firearms industry and anti-gun lobby* had been supportive of an amnesty in his talks with them.

It’s anticipated the amnesty will be launched in the second half of 2020 but details of how it will work are still to be confirmed.

AUSTRALIA’S GUN LAW HISTORY
Historically, gun laws in Australia were always the responsibility of the individual states and territories. There was no national approach to gun control.

In 1990, it was estimated there were about 3.5 million firearms in Australia.

However, Australia’s attitude to firearms changed dramatically on April 28, 1996, after 35 people lost their lives and 23 others were wounded at the Port Arthur historic site in Tasmania by Martin Bryant with two military rifles. It was worked out over the strong opposition of some states and many gun owners.

The National Firearms Agreement was adopted in 1996 and now sets the rules for gun ownership in Australia. It is considered one of the strongest in the world.

The agreement restricted* the private ownership of automatic and semi-automatic* firearms, self-loading and pump-action shotguns, and certain handguns.

Applicants for a gun owner’s licence need a genuine* reason to own a firearm, such as gun club membership, hunting, target shooting, firearm collection or pest control.

Gun owners can only have the number of guns listed on their licence and there are limits on the type of bullets they can buy.

When applying for a firearm licence in Australia, applicants must pass a background check which considers criminal, mental health, physical, addiction, domestic violence, residential and other records.

AMERICA’S GUN LAWS
In America, it is very common for people to own a gun. It is seen as a person’s basic right to be allowed to do this and is written into the country’s laws, called the Constitution, that every American “has the right to keep and bear arms”.

However, there is a growing debate in America about whether or not the current gun laws are strong enough. 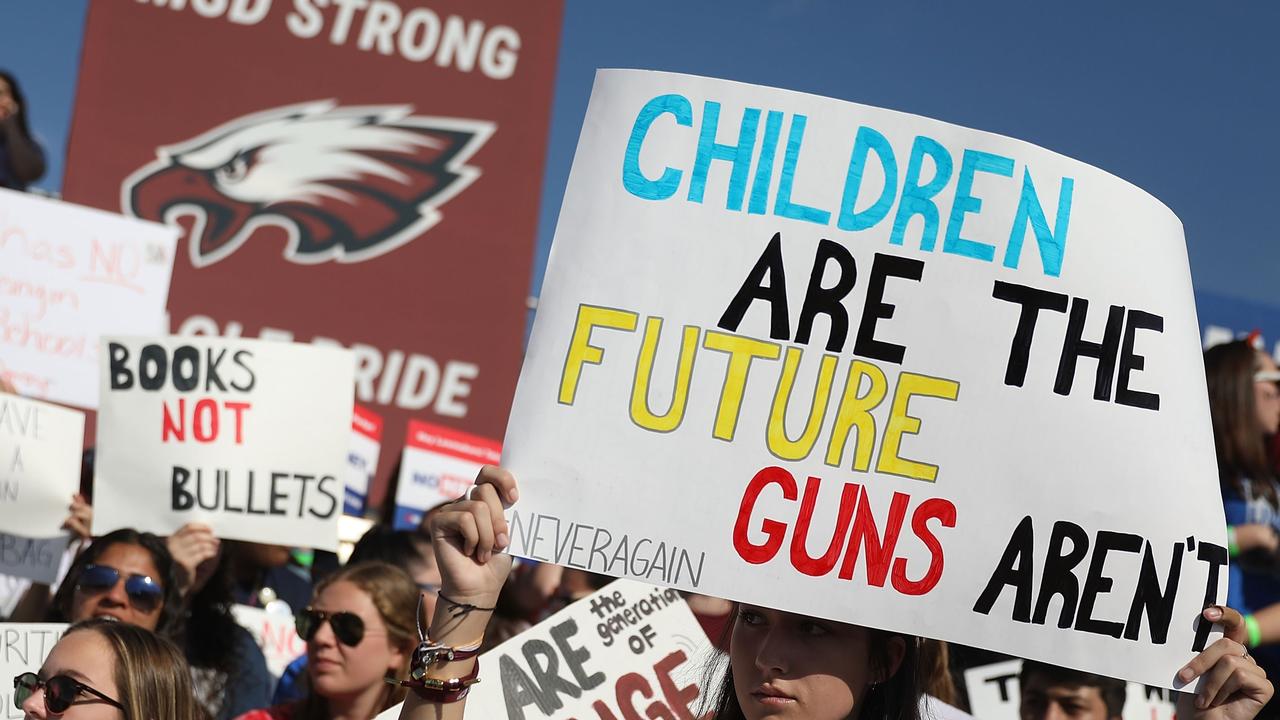 High School students call for tighter gun control in America during the March For Our Lives event in Florida this year. Picture: AFP

According to the Gun Violence Archive website, 34,828 people have died in the US from gunshot injuries so far this year.

On average, more than 360 people in America are shot every day and survive.

There is no national agreement about laws for carrying firearms in public in the US, and in some states, there are no laws at all.

Between 2013 and June 2018, there were 316 incidents of gunfire in US schools. As a result, many young Americans now believe stricter gun control would keep them safer in school and in their communities and their campaign to strengthen gun laws is growing.

Veterans go ‘back to hell’ through VR films

CLASSROOM ACTIVITIES
1. Guns no more
Work with a partner and make a list of at least 10 people or 10 circumstances that might make use of this gun amnesty to hand in weapons with no questions asked about where they came fro:

Do you believe this is a positive step to get rid of weapons?

2. Extension
“No questions asked” are the key words to this gun amnesty. It allows people to hand in their weapons without getting into trouble about where they came from or how they came to be in possession of them.

What other laws or circumstances can you think of where a no questions asked amnesty project, similar to the gun amnesty, could encourage others to do the right thing and make the community safer?

VCOP ACTIVITY
After reading the article, with a partner, highlight all the openers you can find in blue. Discuss if they are powerful and varied openers or not. Why do you think the journalists have used a mix of simple and power openers? Would you change any, and why?

HAVE YOUR SAY: Do you think America should adopt gun laws similar to Australia’s? Explain your answer.
No one-word answers. Use full sentences to explain your thinking. No comments will be published until approved by editors.