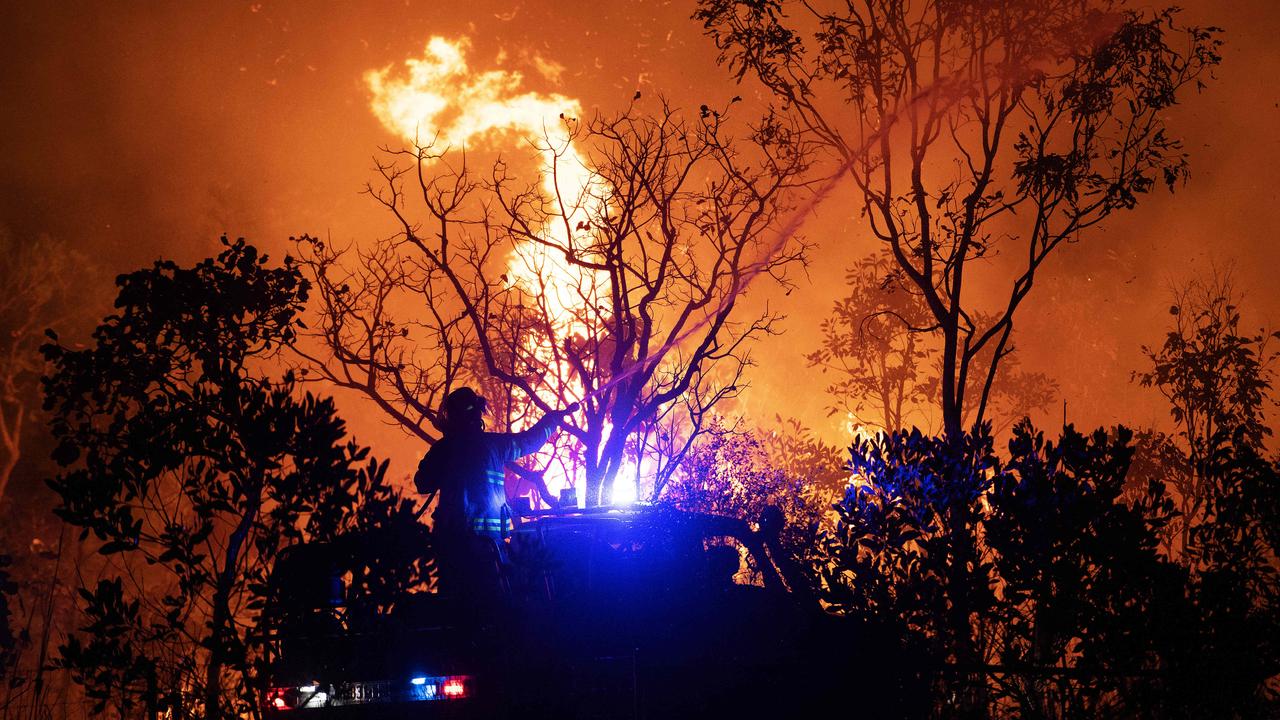 Firefighters work to contain a large bushfire in Zuccoli, NT on July 23. Scientists advise that we could have a year-round bushfire season. Picture: Keri Megelus

More dust storms, more farming in Tasmania and a year-round bushfire season are just some of the many predictions Australian scientists are making after the release of the latest international report on climate change.

And though the report does not suggest everyone stop eating meat, it does suggest that eating more plant-based foods could be a positive move for both the planet’s health and people’s health.

The Intergovernmental* Panel on Climate Change’s (IPCC) report, written by 100 scientists from around the world and commissioned by the United Nations*, was released on Thursday.

It appeared to dash* hopes that global warming could be contained to the 1.5C agreed to in the 2016 Paris climate deal.

Although global average temperatures have risen 0.87C above pre-industrial* levels, temperatures over land had already risen 1.5C, the IPCC found.

“Climate change is already impacting our land systems, our agriculture, forests and biodiversity,” he said. “Those impacts will increase significantly in the future.”

“Both globally and in Australia, climate change is already negatively impacting our food production, and that is likely to increase,” he said. New South Wales farmer Ian Cargill inspects a flock of sheep on Billaglen farm near Braidwood, NSW on August 9, 2018, as the NSW government declared that 100 per cent of the state was impacted by drought. Picture: AAP

But along with the threats came opportunities, he said.

“Temperate* zones seem to be getting some beneficial* impacts of climate change. Not everywhere is being impacted in the same way or to the same degree.”

In Australia, some areas that had previously been unsuitable for crops because rainfall was too high were now found to be suitable as rainfall levels had fallen, he said.

Associate Professor Stephen Cattle from the Sydney Institute of Agriculture said the report suggested some agricultural enterprises “might have to be a bit more flexible and move around the country”.

“Previously cooler areas might become slightly warmer, and be more productive in terms of our food requirements,” he said. Winemaker David Bruer of South Australia’s Temple Bruer wines is changing varieties to ones that can cope with hotter temperatures and buying new vineyards in different locations to spread risk of heat and drought damage.

Dust storms, such as those seen last week in northern New South Wales and South Australia, would likely increase as an effect of climate change, Assoc Prof Cattle said.

“With increasing temperatures, desertification* increases and the arid* zone creeps closer,” he said. “We have a great risk of sand storms creeping further east if climate change does continue to exert its influence.” Australia “had already seen a change in the seasonality* and intensity” of bushfires. With significant fires happening in winter, the idea of a bushfire season across just a few months of the year had already started to diminish*, he said.

The report’s authors stopped short of telling people to stop eating meat and switch to vegetarian or vegan diets.

They did, however, suggest encouraging people to eat a more balanced diet, which could reduce pressure on the land and improve people’s health. Eating more plant-based food rather than meat could have environmental as well as individual health benefits. Picture: iStock By 2050, changing dietary habits could free up several million square kilometres of land and potentially reduce emissions by up to eight billion tonnes of equivalent carbon dioxide a year.

The report also called for more attention to the issue of food waste, the breakdown of which contributes to at least 8 per cent of human-made greenhouse gases. 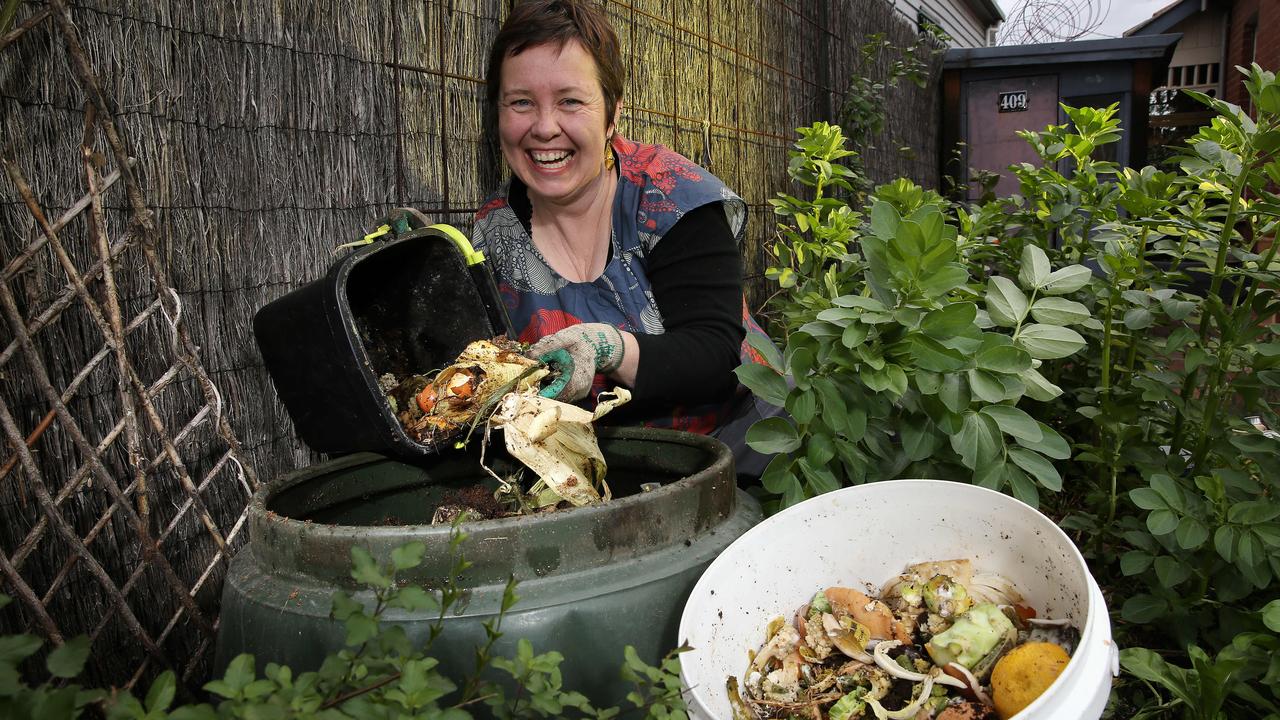 “Reducing food waste is a good start,” Prof Howdon said. “If we manage our pantry better, that reduces land pressures on land.

Climate change: 'Once Australia hits this point, there is no going back'

Kids News explainer: what is drought?

Then spend around 15 minutes performing some research of your own. Can you add the names of more organisations and experts who support the science of climate change caused by humans? Are you able to find out the names of any organisations or people who deny climate change is occurring? Also jot down any other interesting information you come across while you are completing this task.

Finally, write a paragraph summarising what you were able to find out and how this influences your opinion on climate change.

2. Extension
The article suggests minimising our consumption of animal products as a way to reduce carbon dioxide emissions. Is this something you think you and your family would be prepared to do? Write an answer giving clear reasons for your position on the idea.

VCOP ACTIVITY
Fact Find
There is some important information in this article about the effects that climate change would have in Australia. Can you go through the article and find 3 interesting facts and rate them in order of importance. Then share your facts with a partner and discuss with them why you rated them in that order.

Did they have the same facts as you?

Where they in the same order?

HAVE YOUR SAY: What can you, your family or your school do better when it comes to reducing global warming?
No one-word answers. Use full sentences to explain your thinking. No comments will be published until approved by editors.