Hank the cat worn out by mouse plague A pile of dead mice. There have been reports of growing mouse numbers in southern Queensland, NSW, northern Victoria and on the Yorke Peninsula in South Australia.

The mouse plague overrunning eastern Australia has tormented those in its path for so long that even Hank the ginger cat no longer bothers to chase the pesky rodents.

Two months ago, the domestic shorthair would pounce around his backyard in Gulgong in the NSW Central Tablelands hunting the pests as hundreds of them swarmed around the property.

Now, exhausted by the infestation*, he slumps on the front porch bathing in the sun, barely flinching as a mouse climbs on his back and head and grips onto his fur.

Though the scene might look like a cute YouTube video it is a nightmare for residents such as Hank’s owner Amy Payten, 39, who says her once-lively cat has not been the same since the mouse plague worsened.

“Hank used to play with them and now he just sits there as they surround him and grip on his fur,” she said. Amy Payten’s cat Hank not bothering to chase the mouse on his back. Picture: Holly Schink

Waves of mice have infested* her house for the past few months, with family catching at least 50 each day.

“They’ve ruined our couch, we had to throw it away and we can’t use our oven because they got in there and now the stench is so bad,” she said.

“Once they bit my daughter in her bed.”

Amy said she was happy with the NSW government’s response to the plague, but wished they’d “acted sooner.”

There have been reports of high numbers of mice in a growing area that stretches from southern Queensland, through central NSW to northern Victoria, as well as an outbreak in South Australia’s Yorke Peninsula.

The same summer rains that ended the drought have encouraged crop growth that has become ample food for the rodents that keep multiplying at a dizzying pace.

The pests can become pregnant when they’re just six weeks old, and will have a litter* of up to 10 newborns every 20 days.

That means the population can rapidly get out of control, as many regional residents have experienced in recent months.

“About every 10 years, you’ll get a bad one. This has just been an exceptional year, with the right climatic conditions, lots of food, lots of shelter and lots of moisture.

“All of those add up to lots of mice.” 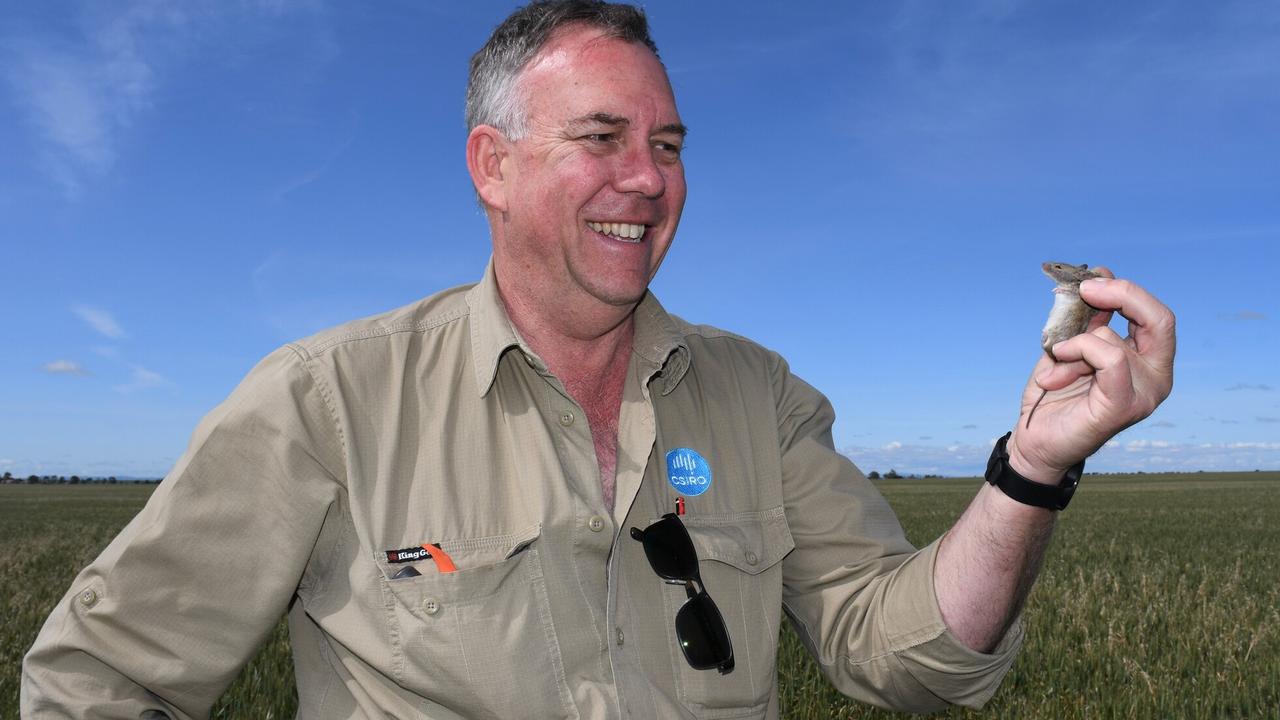 Mr Henry has researched mice on behalf of the government science agency for 12 years and has been tasked with delivering a series of workshops to educate farmers on how to reduce the rodent numbers.

The workshops are part of the NSW government’s response to the plague, along with a $50 million financial aid package announced last week, which will give rebates* to households and free grain treatment for farmers.

Some farmers lost their entire summer crops to the rodents and others have spent as much as $150,000 on bait to kill the mice.

Mr Henry has heard many awful stories from farmers, including from a sweet corn farmer south of Dubbo, NSW, who calculated that the mice had cost his business $300,000 in eight months.

Another farmer, west of Coonamble, NSW, had discovered a 300 bale haystack was so ruined by the rodents he burnt it.

“Another farmer was telling us the other day that his wife and kids went to town for the weekend, to get away from the mice. They were sick of living with the mice.

“So he set about removing as many mice as he possibly could and set traps.

Mr Henry said the long drives for the workshops were physically demanding, but that fatigue* wasn’t the worst part of it.

“It’s mentally draining, because there’s not much you can do for some of these guys,” he said.

Look out for fruit fly after La Nina summer

Hide and seek with giggling rats

Trillions of Brood X cicadas about to hatch

CLASSROOM ACTIVITIES
1. Hank the Ginger Cat Comic Strip
The fact that a cat can’t be bothered chasing mice is almost laughable if it wasn’t so serious for the farmers and their crops and for anyone else living through this plague. Create a comic strip short story in the boxes below involving Hank, the mice and the farmers or their families. You can take a humorous approach or be more serious. Use a series of boxes like this to organise your comic strip.

2. Extension
What would you do to your house to try and mouse-proof if you had a plague in your area? Could you sleep knowing the house was overrun with mice? Do you feel for these people living with this infestation? If you are experiencing this mouse plague or have in the past, you’ll be able to speak from experience and perhaps share how you felt or are feeling.