Hopes of agreement in Glasgow to meet global temperature targets 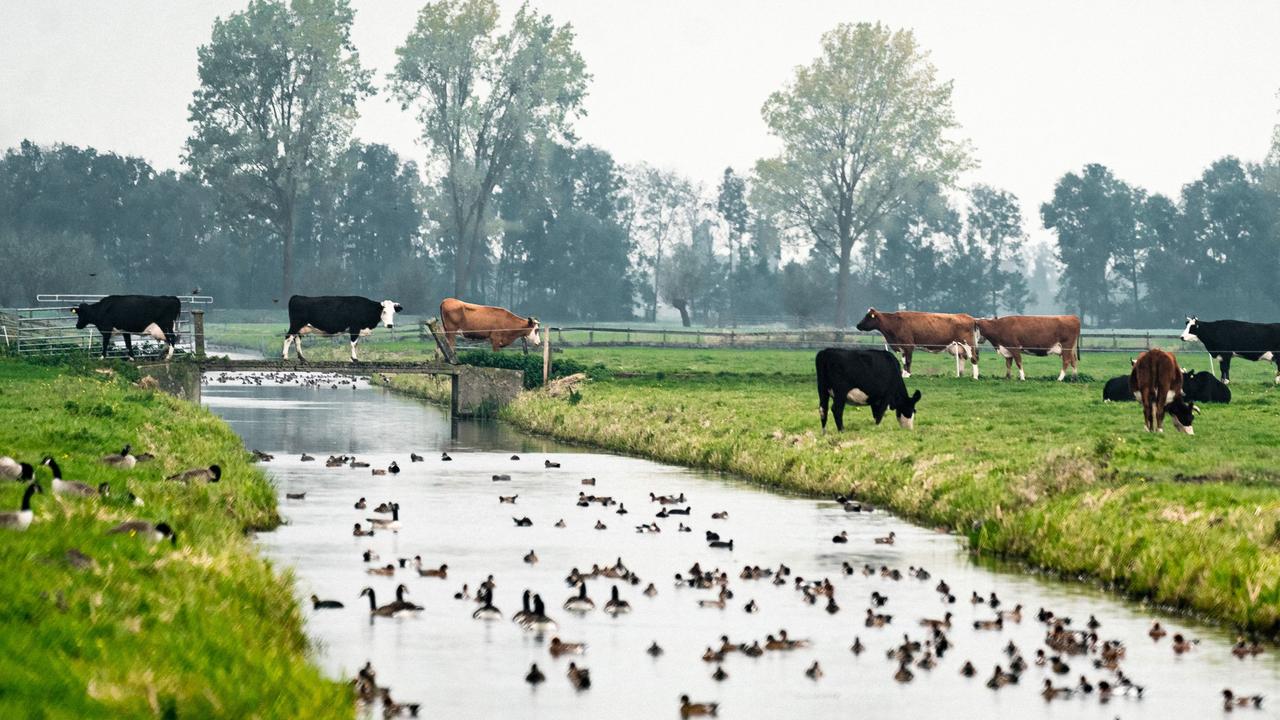 An intensive livestock farm in the Netherlands, where the Royal Dutch Meteorological Institute (KNMI) echoed the UN’s warning Monday when it said that “future scenarios show higher rising in sea levels than before”, ahead of the COP26 climate summit in Glasgow. Picture: ANP/ AFP/Netherlands OUT

Greenhouse gas* concentrations in the atmosphere reached record levels last year and the world is “way off track” in capping rising temperatures, the United Nations has announced ahead of the COP26 climate summit.

The UN’s blunt report comes as Australian Prime Minister Scott Morrison confirmed Tuesday the government would commit to net zero emissions by 2050, describing the approach to the goal as “the Australian way”.

Australia is on track to achieve a 30 to 35 per cent emissions reduction by 2030, but will not formally update the interim target on the path to net zero by 2050.

The electricity sector is expected to achieve the largest emissions reductions – almost entirely net zero – followed by transport, with heavy industries, mining and agriculture largely expected to only reduce emissions by less than half. As part of the government’s plan, technology costs will be driven down for companies involved in developing clean hydrogen, solar, energy storage, low emissions steel and aluminium, carbon capture and storage, and soil carbon, as well as emerging technologies.

Mr Morrison said there would be no taxes or legislated targets and mechanisms.

He said he would not raise electricity costs and would not put industries, regions or jobs “at risk”.

Mr Morrison is due to attend COP26, the UN Climate Change Conference, being held in Glasgow, Scotland, from October 31 to November 12. 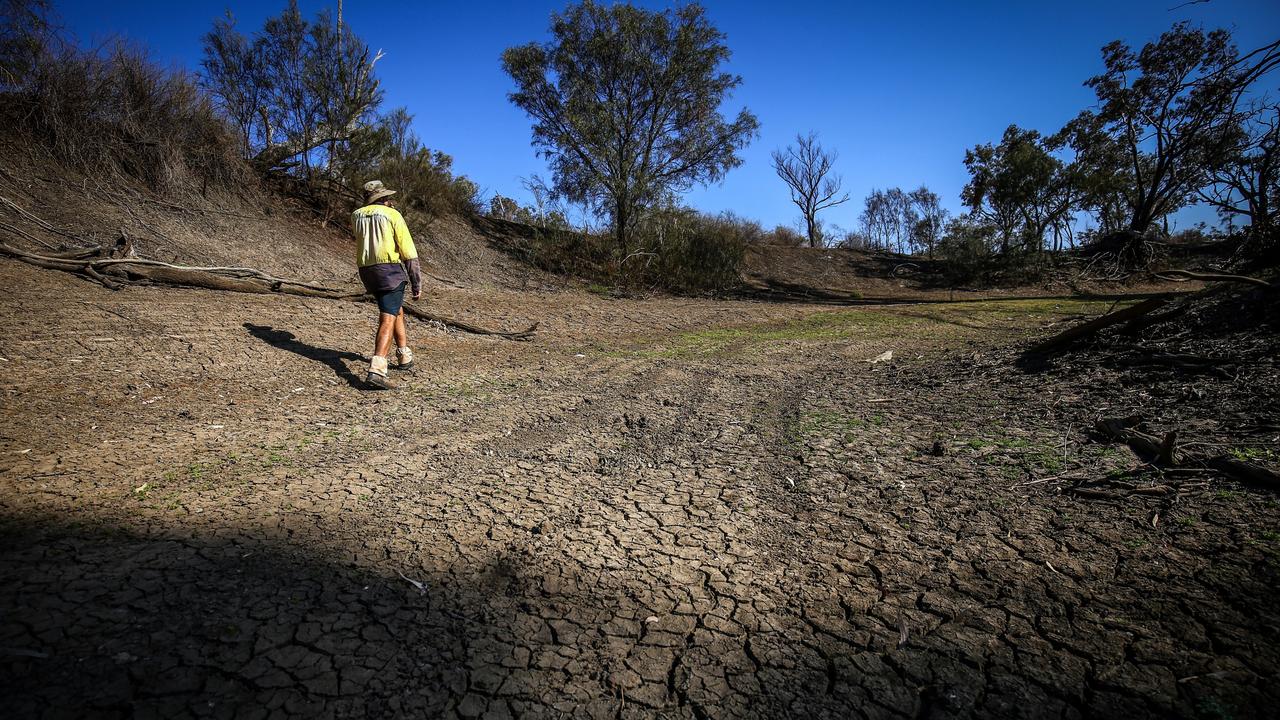 Farmer Johnnie McKeown in a dried-up river bed near his drought-affected property near Walgett, NSW, in 2019. Picture: Getty Images

The UN’s World Meteorological* Organisation (WMO) said that continued rising greenhouse gas emissions would result in more extreme weather and wide-ranging impacts on the environment, the economy and humanity.

The WMO said the economic slowdown caused by the Covid-19 pandemic triggered a temporary decline in new emissions, but had no discernible* impact on the atmospheric levels of greenhouse gases and their growth rates.

The organisation’s Greenhouse Gas Bulletin said the annual rate of increase last year was above the yearly average between 2011 and 2020 – and the trend continued in 2021.

The WMO said that as long as emissions continued, global temperatures would continue to rise. Australians are no strangers to the impact of extreme weather events. Pictured is Sydney’s Collaroy Beach after a severe storm. Successful climate change negotiations at the coming COP26 summit in Glasgow are critical to halting greenhouse gas emissions and meeting temperature targets.

And given the long life of carbon dioxide* (CO2), the temperature levels already observed would remain for several decades even if emissions were rapidly reduced to net zero.

“At the current rate of increase in greenhouse gas concentrations, we will see a temperature increase by the end of this century far in excess of the Paris Agreement targets of 1.5 to 2C above pre-industrial levels.

The WMO said that with continued rising greenhouse gas emissions, alongside rising temperatures, the planet could expect more extreme weather.

“We need to revisit our industrial, energy and transport systems and whole way of life. The needed changes are economically affordable and technically possible. There is no time to lose,” Professor Taalas said. “I’m very worried because it might go wrong … it’s touch and go,” he said. “It’s very, very far from clear that we’ll get the progress that we need.”

But Mr Johnson said he remained hopeful a deal could be done to reduce carbon emissions* and limit future temperature rises.

The WMO also stressed that the southeast part of the Amazon rainforest had now become a source of carbon emissions due to deforestation*. 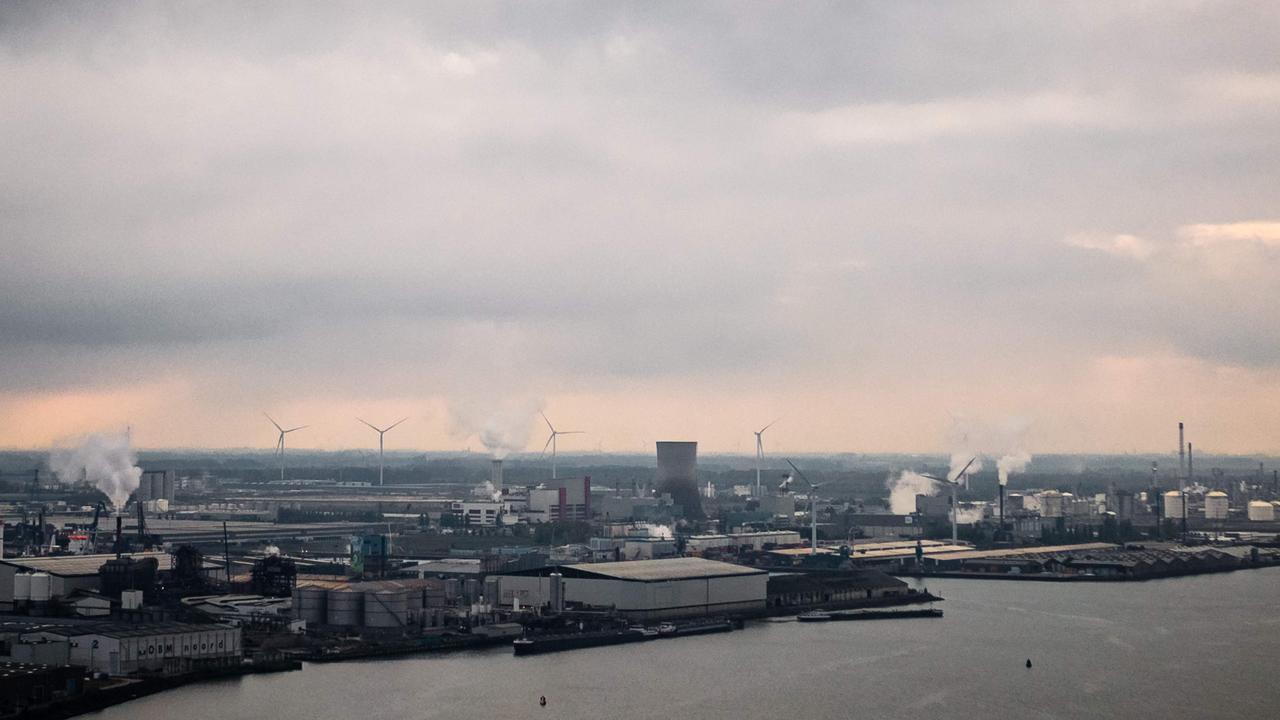 This photograph taken on October 25, 2021 shows an industrial area in the Netherlands, where Dutch meteorologists warn sea levels are rising much higher than previously predicted. Picture: ANP/AFP/Netherlands OUT

How to cope with climate worries

CLASSROOM ACTIVITIES
1. Letter to the Prime Minister
As a member of the future generation of our world, you have the right to a say in how the leaders of our country and our world are managing the environment. So far it seems that humans in general haven’t done a great job and the greenhouse gases being released into the atmosphere are causing global warming.

Write a letter to our Prime Minister, Scott Morrison, who is meant to attend this very important climate conference in Scotland next week. Outline what you would like to see Australia, and other countries, do to reduce our environmental impact.

Use emotive language to plead and implore him, to represent the future generation in the best way possible, to ensure there is a positive future for the state of planet Earth as you grow up and have children of your own.

2. Extension
“We need to revisit our industrial, energy and transport systems and whole way of life. The needed changes are economically affordable and technically possible. There is no time to lose.”

This is a quote from the chief of the World Meteorological Organisation. Brainstorm a list of changes to the industrial, energy and transport systems that may help us reduce our greenhouse gas emissions.

If these changes are affordable and possible, why are the world leaders not changing them?