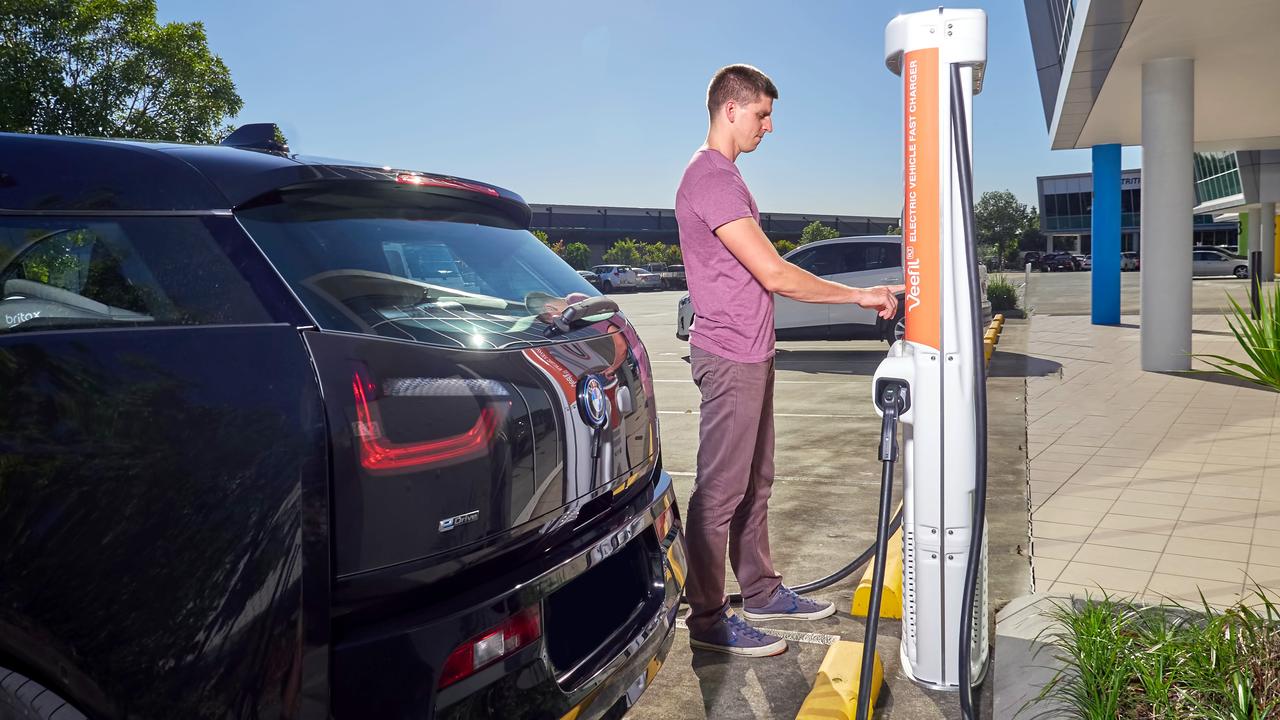 There are now electric-car chargers all around Australia. Picture: supplied

Australia now has an “electric highway” right around the country for charging electric cars.

It’s an example of people power: fed up with waiting for the government to provide enough chargers, electric-car owners have built the charging network themselves.

The result of the three-year project is that there is now a charger near every populated* part of the country. 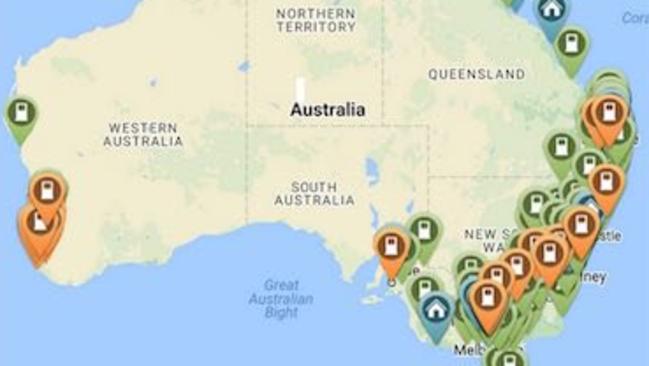 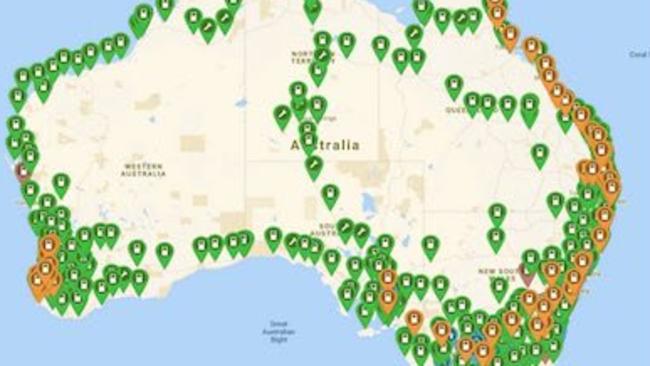 The huge increase in charging points in June 2018. Picture: supplied

Just two years ago massive areas of Australia were without chargers.

The big achievement is due to a voluntary* program by the Tesla Owners Club of Australia (TOCA), which split the costs of the power points with the Australian Electric Vehicle Association to fill the 10,000km of gaps where there were few or no chargers.

The route* now spans an incredible 17,000km, which means you can complete a round-Australia road trip in an electric car.

The network is made up of chargers that are about 200km apart on average, with the farthest distance between charge points being 400km. Most are capable* of adding 110km of range* in 30 minutes.

Richard McNeall, a TOCA member and co-ordinator of the Round Australia Project, said the project shows Australians can make a change without having to wait for the government to take action.

“We’re endeavouring* to show that there is “people power” behind the drive to EV’s (electric vehicles), and hopefully governments can follow,” he said. The Queensland government has completed a “super highway” from Cairns to Coolangatta for electric-car charging. Picture: Justin Brierty

“The Queensland government, so far, is the only state that has really thrown its weight* behind electric vehicle charging.”

Earlier this year, the Queensland government completed its electric car “super highway” which allows electric car owners to drive all the way from Cairns to Coolangatta.

Electric charging at the stations will be free for the first 12 months before fees are introduced, bringing the cost to charge an average car to about $45.

Australians have been slow to switch to electric cars compared to the US, China and Europe. They made up just one in 10,000 new cars sold in Australia last year.

UK-based vehicle* pollution expert Andrew Fulbrook said the government needs to provide incentives* if Australia is to have 10 to 15 per cent of all cars and other vehicles running on electric power between 2025 and 2030.

However, critics* of electric cars say they should sell on merit — because they’re actually better — not through government subsidies*.

To find out more, about the Round Australia Project and the electric highway visit teslaowners.org.au

CLASSROOM ACTIVITIES
1. By the numbers
In the story, you have read it takes 30 minutes to charge your car with enough power to drive 110km.
How many kilometres could you drive if you charged your car for:

2. Extension
Do you think that the government should encourage people to buy electric cars rather than petrol or diesel cars? Write a list of reasons that back up your opinion. Then, use your list to write a post or letter to the editor of Kids News on this question.

QUESTION: Do you think your family should buy an electric car? Why or why not?
Explain your answer using full sentences. Use lots of adjectives.