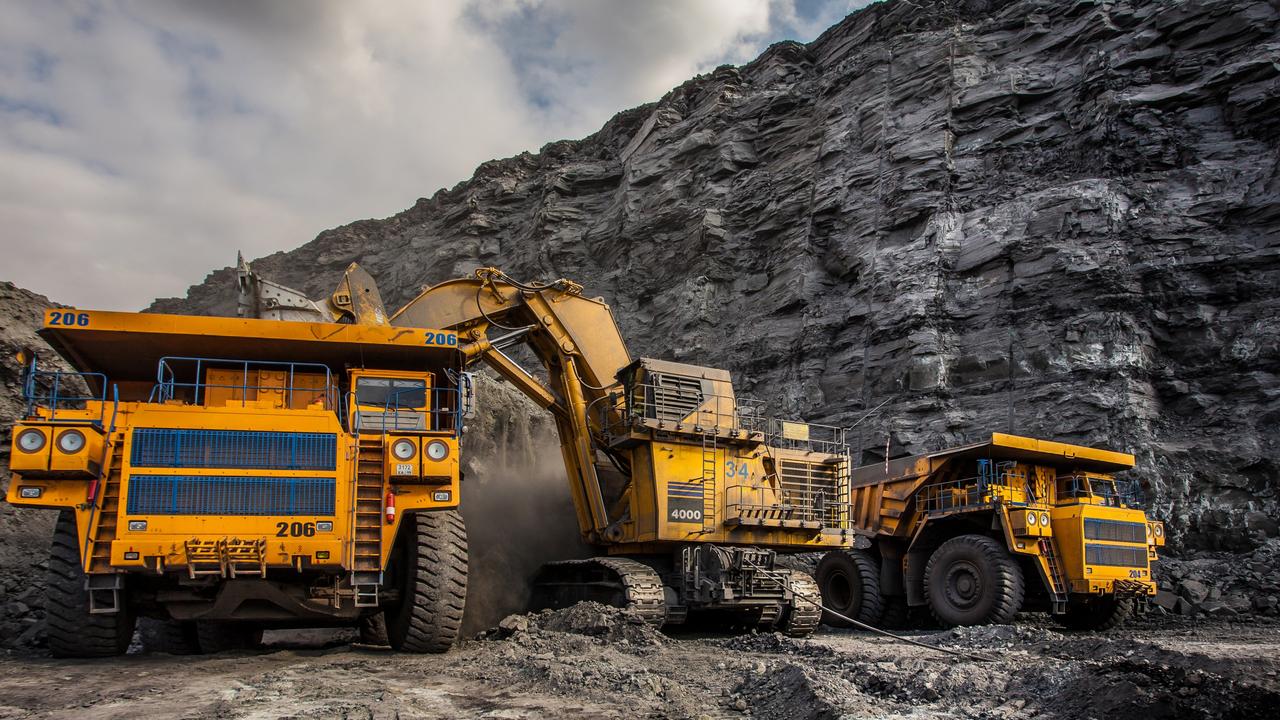 Coal production in an open cut mine.

After nine years, nine legal reviews and $3.7 billion to get it started, the controversial* Adani megamine* in Queensland has finally been approved.

Adani could start building its Carmichael coal mine immediately after the Queensland government gave final environmental approval for its water management plan on Thursday.

The water management plan had to ensure environmental protection for waterways and that it would not drain rivers and springs dry from overuse of water in the mine.

The decision comes more than two years after the company submitted its first groundwater plan to Queensland’s Department of Environment and Science.

The mine in central Queensland’s Galilee Basin has been the subject of fierce protests and endless political debate over issues including the impact on the environment and climate change, the protection of wildlife, Aboriginal land rights and the use of water. 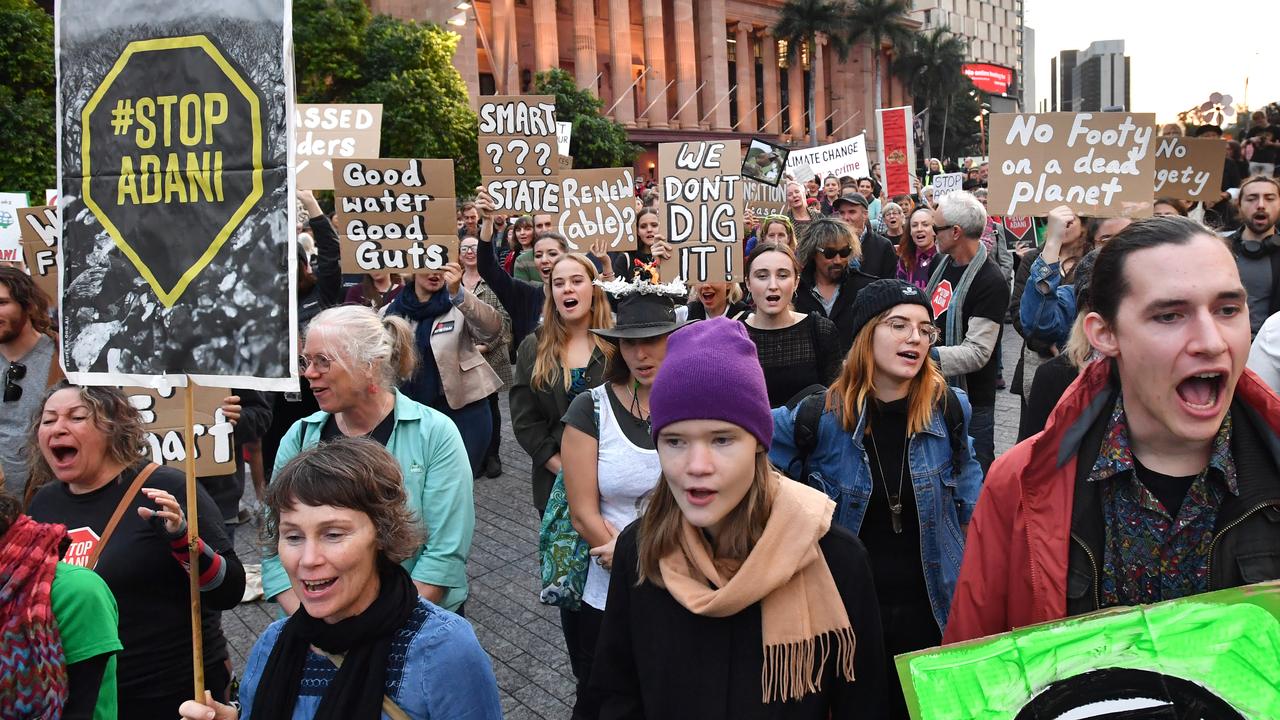 Anti-Adani coal mine protesters are seen in King George Square in Brisbane on June 7. Picture: AAP

Adani has been pressing for final approvals from the department for months with no result. After Labor’s poor showing in Queensland at the May 18 federal election was linked to the delays on Adani, Premier Anna­stacia Palaszczuk ordered deadlines be set for the outstanding environmental approvals.

The department signed off on Adani’s strategy to protect the endangered* black-throated finch, which relies on habitat in the area for survival, on May 31.

Thursday’s decision on the water approvals comes after the department sought advice from CSIRO and Geoscience Australia on Adani’s groundwater strategy.

The scientific bodies raised concerns — which have not been detailed publicly — and Adani was forced to rewrite its plan over the weekend.

Aboriginals in the area feared the project could damage sacred* wetlands, including draining the nationally important Doongmabulla Springs dry.

The department said on Thursday it was satisfied Adani had met all its environmental requirements and had agreed to strict monitoring of its water use.

EXPLAINER: The Adani coal mine

“Today’s decision … was not and could not be made by me, or anyone else in the Cabinet, it has been made by the regulator*, and backed by expert advice,” Ms Enoch said.

Ms Enoch said the speed of the process had been criticised by some in the community and the media, but she said the government was merely upholding the rigorous* state laws, and making decisions based on science.

“We do not apologise for that,” she said.

“Moving forward, our priority is ensuring the safety of everyone who works on the project and that all construction activity meets the strict environmental requirements we have agreed to meet in our management plans and approvals,” he said.

CRITICISM OF THE PROJECT
The mine has been criticised by Aboriginal elders with members of the Wangan and Jagalingou people claiming they did not give permission for the mine to proceed. But last year, the federal court ruled in favour of the Indian mining company. 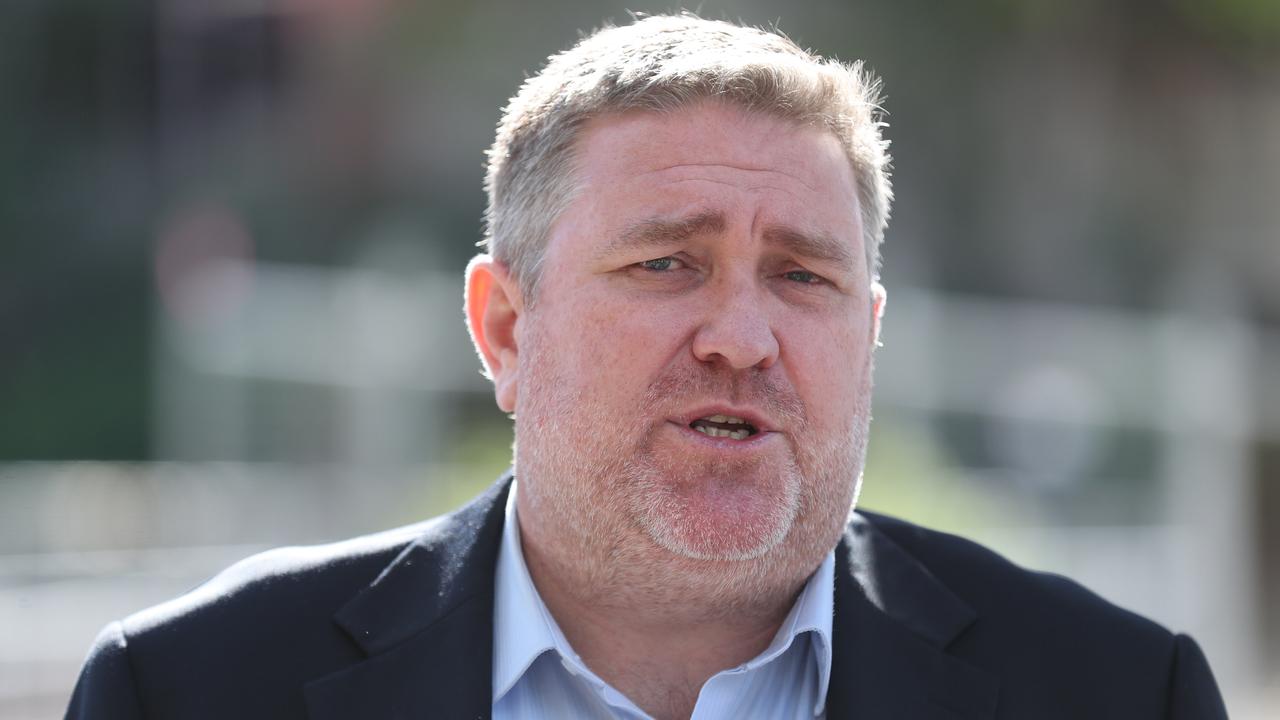 Green groups immediately reacted with anger at the decision accusing the Government of condemning* the environment for political gain.

“Make no mistake, this is not the end. Labor’s internal meltdown and capitulation* to coal billionaires won’t make an entire movement of people disappear … we’re just getting started.

“If Adani really believes they’ll get their way, they’ve got another thing coming,” he said.

Queensland students angry at the mine’s approval have already threatened to close down the centre of Brisbane in protest.

Uni Students for Climate Justice and Movement Against Destruction unveiled plans to stage a mass rally in the Brisbane CBD during afternoon peak hour next Friday, June 21.

“It will spell the end of the Galilee Basin and cause irrevocable* destruction to million-year-old ecosystems*,” she said. Waterlilies at the aquifer-fed Doongmabulla Springs. Picture: supplied by Lock The Gate

CLASSROOM ACTIVITIES
1. A bird’s eye-view
The approval for the Adani mine relied on a number of environmental plans including one to ensure the safety of the black-throated finch population which currently lives there. Part of the plan is to conserve vegetation for the finches on land next to the site. This land currently doesn’t have finch populations, unlike the mine site which has several.
Imagine you are ‘Mayor’ of the Finch population and need to give a speech to explain to the birds what is happening in their current home and encourage them to move to this new site. Obviously, there will be some negativity and upset over the plan to move. It is your job to make the move sound like the best course of action to ensure the survival of the population.

The birds will want to know why this mine has been given the go-ahead and what the benefits and impacts this decision will have on the environment (not just for the finches) and the economy. Present this information from the bird’s perspective – would they think ruining their home is okay if thousands of jobs are created for humans?
Practice reading your speech with expression.

VCOP ACTIVITY
Simplify
Summarise the article into a more simplistic paragraph or two for a younger audience.
Try and keep not only the government’s decision, but some of the main points addressed as well. Sometimes lower level vocabulary is just as important as wow words.

HAVE YOUR SAY: Do you agree with the decision to approve the Adani mine project? Tell us why or why not.
No one-word answers. Use full sentences to explain your thinking. No comments will show until approved by editors.