How and why does human hair grow longer than body hair? 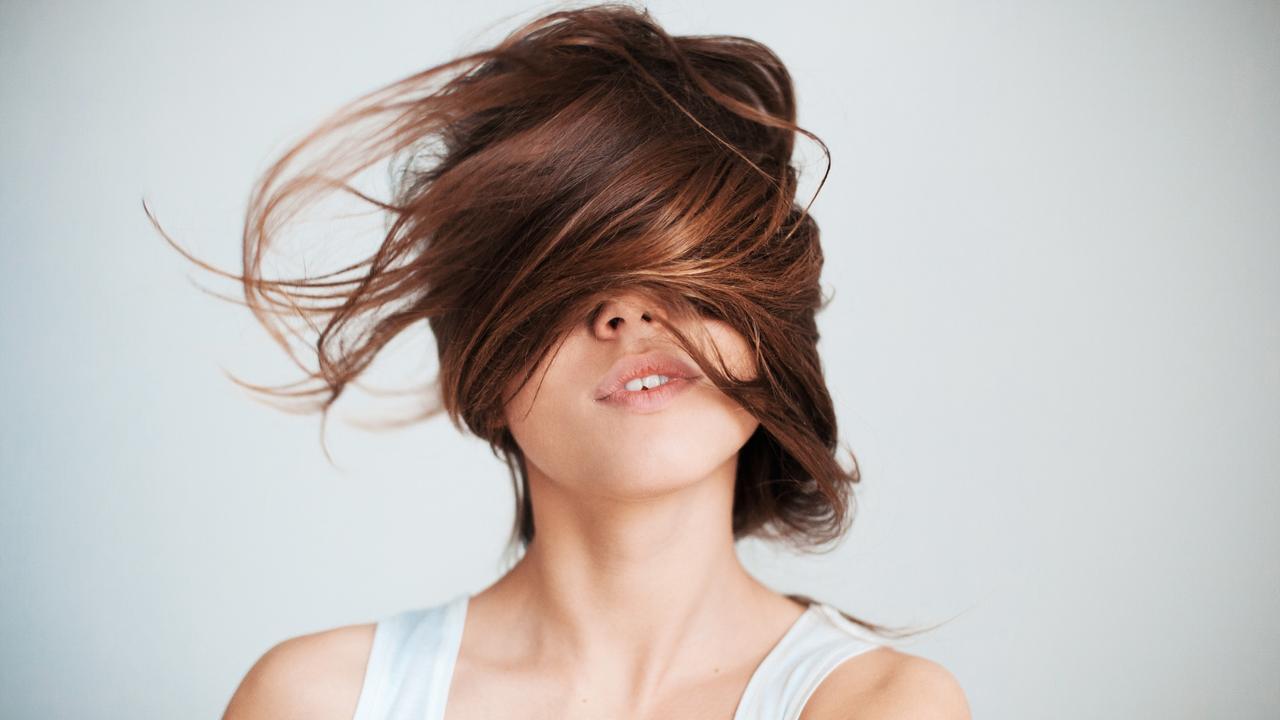 Our head hair grows long, but most of us cut it short or tie it back to keep it out of the way. If our body hair grew long like our head hair, life would be a little more complicated.

The longest arm hair ever recorded was 21.7cm and was on the arm of Guinness World Record* holder David Reed, who lives in the US.

The longest known leg hair was 22.46cm and was on the leg of Guinness World Record holder Jason Allen, who also lives in the US.

In 2016, Zheng Shusen, an 81-year-old man from China, was verified as the Guinness World Record holder for the longest eyebrow hair at 19.1cm. These extraordinary hairs are not the norm*.

Take a moment to look at the short, fine hair on your arm. Imagine if those little hairs kept growing and growing! You could plait it, get it cut into a fancy style at a salon* or tie yourself up in knots with it! That would be freaky.

HOW YOUR BODY MAKES HAIR
Each head or body hair grows out of a little pocket in your skin called a follicle. Tiny blood vessels* in your skin bring a constant supply of nutrients* to the root of each hair at the bottom of the follicle. With the nutrients, the hair builds news cells*, which pushes the older cells out of a hole in the follicle, which is your hair growing. It’s a bit like building a tower of wooden blocks or Lego but making it taller and taller by adding more blocks or bricks from the bottom. 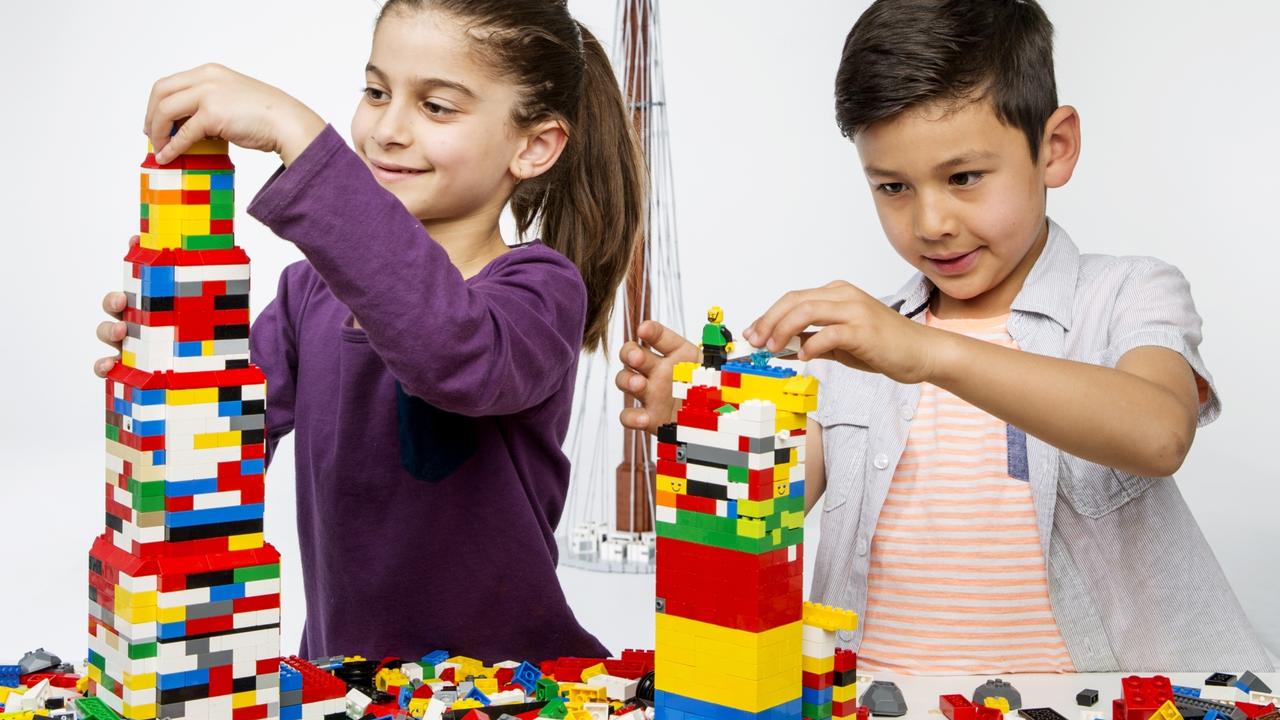 Growing a strand of hair is like building a tower out of Lego by adding more blocks at the base of the tower rather than to the top, like these kids are.

Because you have about 100,000 hair follicles on your head, you don’t notice when a few follicles take a break because there are plenty of other follicles on duty.

The difference between body hair and head hair is in the length of the active phase.

Each body hair follicle is only in an active phase for about a month, which means each body hair only gets to grow a few millimetres (unless it’s record-breaking body hair) before the hair follicle goes off duty and the no-longer-growing hair soon falls out.

The length of the active phase for different sorts of body hair varies. Leg hair, for instance, only grows for a few weeks. Adult armpit hair grows for about six months before a dormant phase, which means it has time to grow a bit longer than leg hair.

IT DOESN’T HURT TO CUT YOUR HAIR
The only living cells of a hair are the new ones right at the root. By the time the hair cells have poked out from the follicle and beyond the skin, they are dead. That’s why getting a haircut or trimming your body hair doesn’t hurt. Just don’t cut your own hair or you may cut yourself and your parents will get cross. 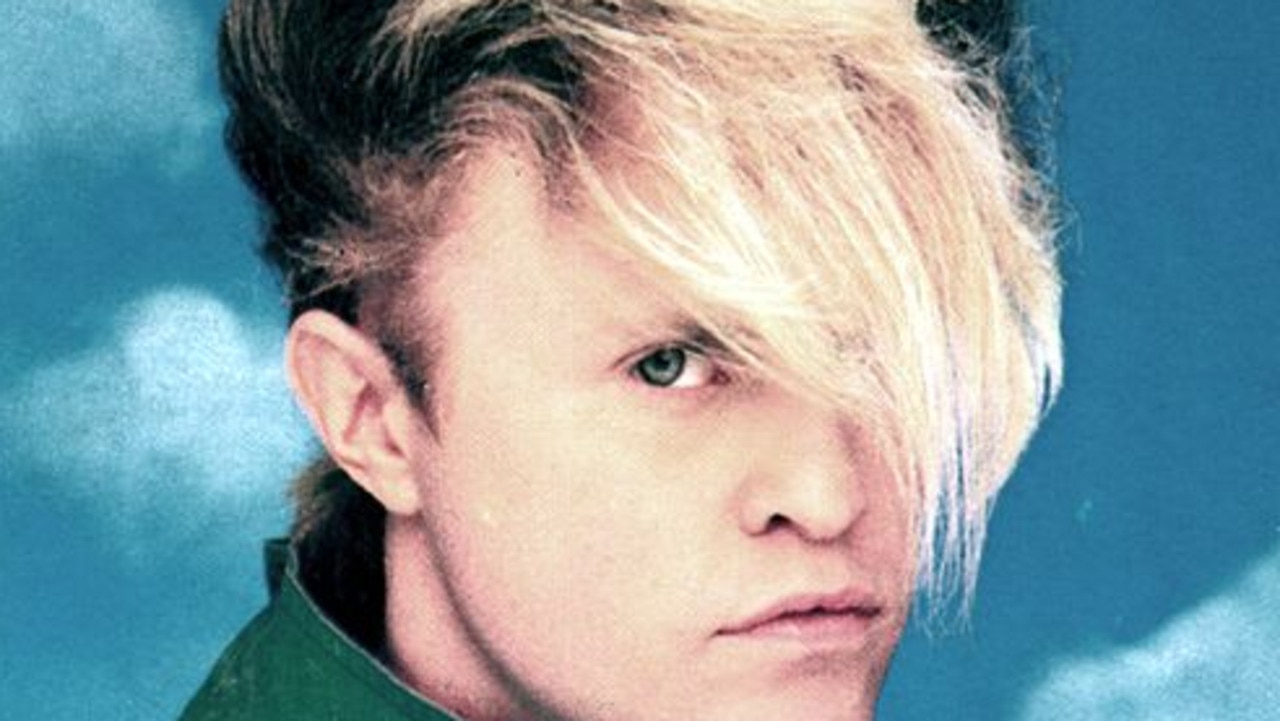 Musician Mike Score’s striking haircut from the 1980s. When Mr Score got sick of this hairdo, he knew he could go to a hairdresser to cut it off, confident that the haircut wouldn’t hurt and his hair would grow back.

WHY HUMAN BODIES LOOK BALD
Compared to, say, a gorilla or a chimpanzee, many human bodies look a bit bare.

But we’re not actually all that bare.

Pretty much every bit of our bodies apart from the palms of our hands and soles of our feet are covered in hair.

Humans, gorillas, chimpanzees and other primates all have the same number of hair folllices — a whopping 5 million! 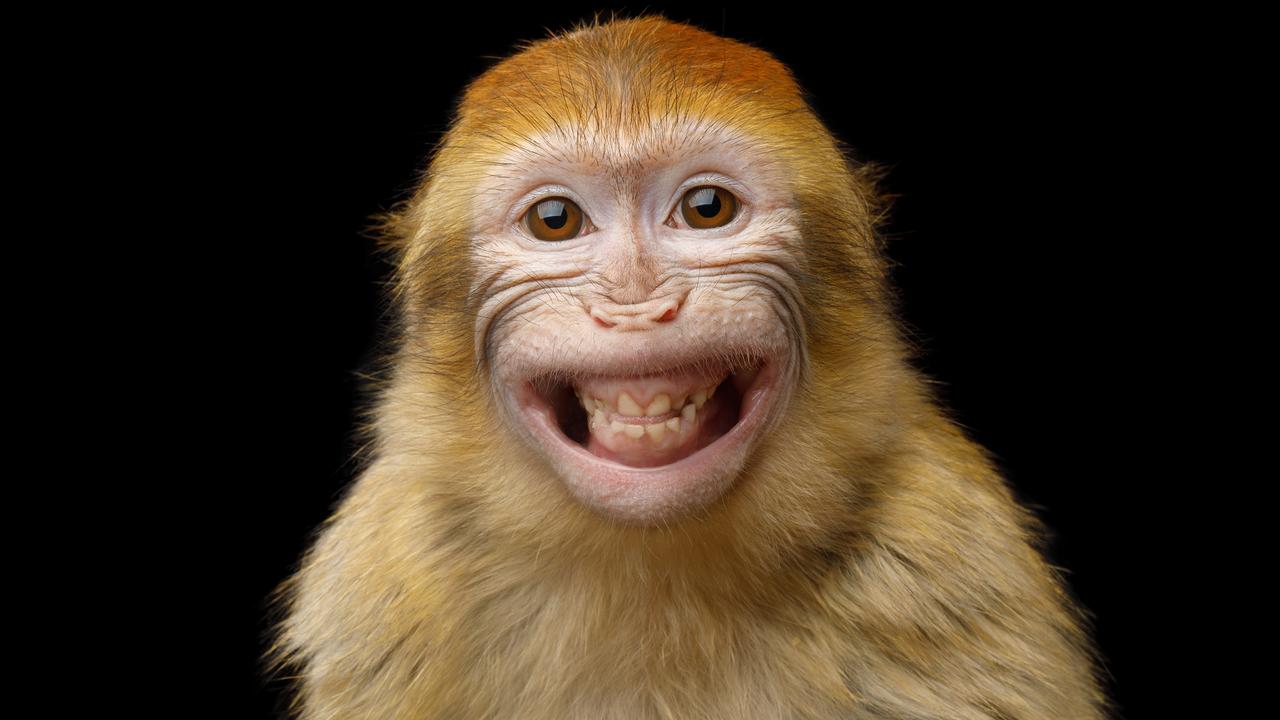 Humans and other primates, such as this Barbary macaque, all have about 5 million hair follicles, though most humans have shorter, fine body hair.

Some people have quite a covering of thick, impressive hair but many people have such fine, pale-coloured hair on their bodies they do look quite bald compared to a chimpanzee or other primate.

The thickness, colour and how long hair grows is a very individual thing, decided by the genetic* information in our DNA*, by the natural chemicals our bodies make called hormones and by a whole range of environmental things, such as whether we are tired, hungry, stressed, sick or wonderfully healthy.

BUT WHY DOES OUR HEAD HAIR KEEP GROWING?
So it’s clear HOW our head hair keeps growing (see above), but WHY is a tricky question to answer.

It’s tricky because no one really knows.

Scientists have been trying to figure it out for hundreds of years.

There’s an idea that perhaps when our ancestor Homo erectus evolved to stand up straight and march out of the forests (where other primates stayed) into the open grasslands, we needed thinner body hair to help us stay cool, but longer, glorious head hair as shade for our fantastically big, clever brains. A possible reason for human head hair continuing to grow long and thick is that it could shade our big brains from the sun.

Another idea is that we evolved to become less obviously furry because those early ancestors who could show off fit, healthy, parasite-free bodies were more likely to find someone who liked them enough to have children with them. Parasites such as lice had a harder time hiding in a body that had a little less obvious hair. “Look at me! I’m relatively parasite free!” they would have said, if the English language had been invented a million or more years ago. Early humans without too much body hair — unlike these two chimpanzees — may have been more attractive because they could show they were less likely to be covered in parasites such as lice.

VIDEO: Head hair needs looking after, even when you’re in space. Here’s how

Washing your hair in space

How and why do onions make us cry?

Scientists explain why zebras have stripes

CLASSROOM ACTIVITIES
1. A Bad Hair Day
Write a narrative (a made-up story) about somebody who is having an extreme “bad hair day”. Perhaps they’ve woken up and their eyebrow hairs are all 19.1cm long like Zheng Shusen’s. Or maybe their hair has turned green and sticks straight up in the air! Make your narrative as funny as you like and include a visit to a doctor or hairdresser who tries to explain the cause of the bad hair day using some of the facts and vocabulary featured in the news article.

2. Extension
Can you do some hairy maths?

Cut some string or wool to the lengths of the Guiness World Record holder arm, leg and eyebrow hairs so you can see exactly how long they were.

Using figures that can be found in the article, calculate the percentage of your body’s hair follicles that are on your head.

Draw a graph that shows the difference in length of the active growth phase of head hair, armpit hair and leg hair.

VCOP ACTIVITY
Hirsute Hairy Hotspot
Turn each of the words from the HIRSUTE definition at the bottom of the article into new sentences. Use a different noun (person, place or animal) in your sentence.

Can you come up with 3 more words used to describe hair or fur not listed?

HAVE YOUR SAY: If you could have any kind of crazy hair for a day, what would you choose? Bald? A big afro? Fluoro pink? You choose! Describe your chosen hairdo.
No one-word answers. Use full sentences to explain your thinking. No comments will be published until approved by editors.