The end of daylight saving means we need to wind back our clocks by one hour at 3am on April 3, 2022. Picture: iStock

Most Australians will enjoy an extra hour of sleep this Sunday when daylight saving ends.

Clocks will be put back an hour at 3am on April 3, meaning many will enjoy a brighter start to their morning – but it will get darker earlier in the evening.

WHAT IS DAYLIGHT SAVING?
Daylight saving is a seasonal time change, which is used in about 70 countries around the world, including most of Europe and the UK.

It is designed to create an extra hour of daylight for people to enjoy at the end of the day during the warmer months.

So our clocks are moved forward at the start of daylight saving. This means that while our clocks might show 8pm during daylight saving, we are actually enjoying a 7pm level of daylight. So we effectively have an extra hour of light at the end of the day – to go for a walk with our family, play outside with our friends and not have to turn on the electric lights at home. Daylight saving gives us an extra hour of daylight to enjoy at the end of the day during the warmer months. Picture: iStock

Moving our time forward for daylight saving means the early mornings are darker for a bit longer, but many of us don’t notice this change because we’re asleep.

When daylight saving ends, we move our clocks back to the original time. That’s what’s happening this weekend.

Digital devices like mobile phones, tablets and computers automatically adjust, while items like clocks and some watches need to be manually changed.

Not all Australian states observe daylight saving. It happens in Tasmania, Victoria, NSW, the ACT and South Australia.

But Queensland, Western Australia and the Northern Territory do not change their clocks for daylight saving. 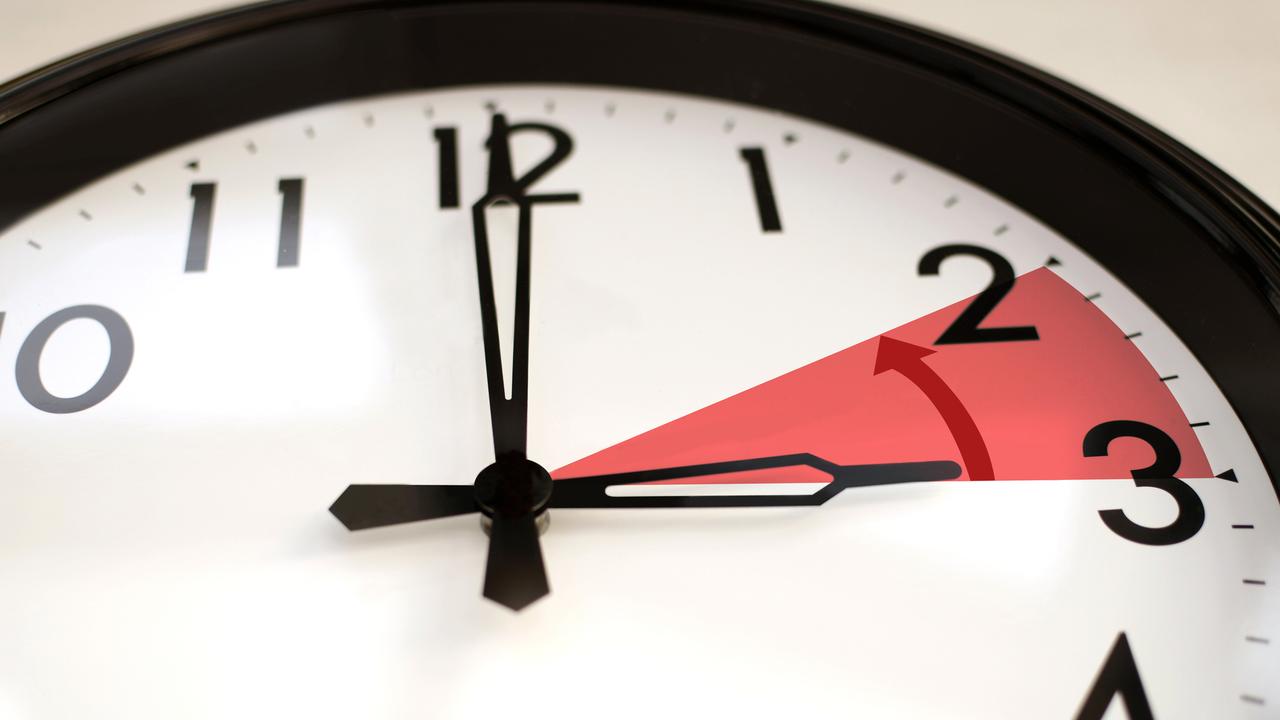 Clocks will be turned back one hour when daylight saving ends at 3am on April 3. Picture: iStock

WHERE DID THE IDEA COME FROM?
George Vernon Hudson, an insect expert from New Zealand, came up with the idea of daylight saving in 1895. He suggested shifting the time by two hours, but his idea didn’t catch on.

Seven years later, a British builder called William Willett took the idea to England’s parliament as a way to prevent the nation from wasting daylight.

His proposal* got some high profile support but was initially rejected by the British government.

Then in 1916, two years into World War I, the German government started looking for ways to save energy.

“They remembered Willett’s idea of moving the clock forward and thus having more daylight during working hours,” David Prerau, author of Seize the Daylight: The Curious and Contentious* Story of Daylight Saving Time told National Geographic.

“While the British were talking about it year after year, the Germans decided to do it more or less by fiat*.”

England and almost every other country that fought in World War I soon followed suit.

In those days, coal was the main source of energy people used in their homes. Needing energy in homes for one less hour a day during daylight saving meant more coal could be used in the war effort.

The ins and outs of daylight saving

WHEN DID DAYLIGHT SAVING START IN AUSTRALIA?
Tasmania became the first Australian state to use daylight saving in 1916, during World War I.

The following year, all states and territories used it, but it was removed in 1918 at the end of World War I.

After the end of that war, daylight saving was not observed in any Australian state or territory until October 1, 1967, when Tasmania reintroduced it during a drought. Tasmania has used daylight saving in the warmer months ever since.

Victoria, NSW, the ACT, South Australia and Queensland followed in 1971.

But Queensland abandoned daylight saving the following year and, with the exception of a trial from 1989 to 1992, it has not used it since. People in Tasmania, Victoria, NSW, the ACT and South Australia will get an extra hour in bed when daylight saving ends at 3am Sunday morning. Picture: iStock

While there was support in the southeast of the state, people in northern Queensland were concerned about being exposed to an extra hour of sun during the hot summer months.

Western Australia also conducted a trial from 2006 to 2009, but it was not popular and it was ditched.

The Northern Territory has not used daylight saving since 1944.

Daylight saving on way out

CLASSROOM ACTIVITIES
1. One side of the debate
Why do you think people don’t like daylight saving? Write a list of arguments, or points, against daylight saving. Remember to make each argument or point convincing by explaining it as clearly as you can. Don’t forget to use examples, too.

2. Extension
“What we really need is night time saving!” Create a TV, online or print advertisement to convince everyone to agree with this idea.

VCOP ACTIVITY
B.A.B it!
Show you have read and understood the article by writing three sentences using the connectives “because”, “and” and “but” (B.A.B).

Your sentences can share different facts or opinions, or the same ones written about in different ways.

What can you come up with?

Remember to use your VCOP editing skills to read aloud, edit and up-level.