What are belly buttons and why does mine look like it does? 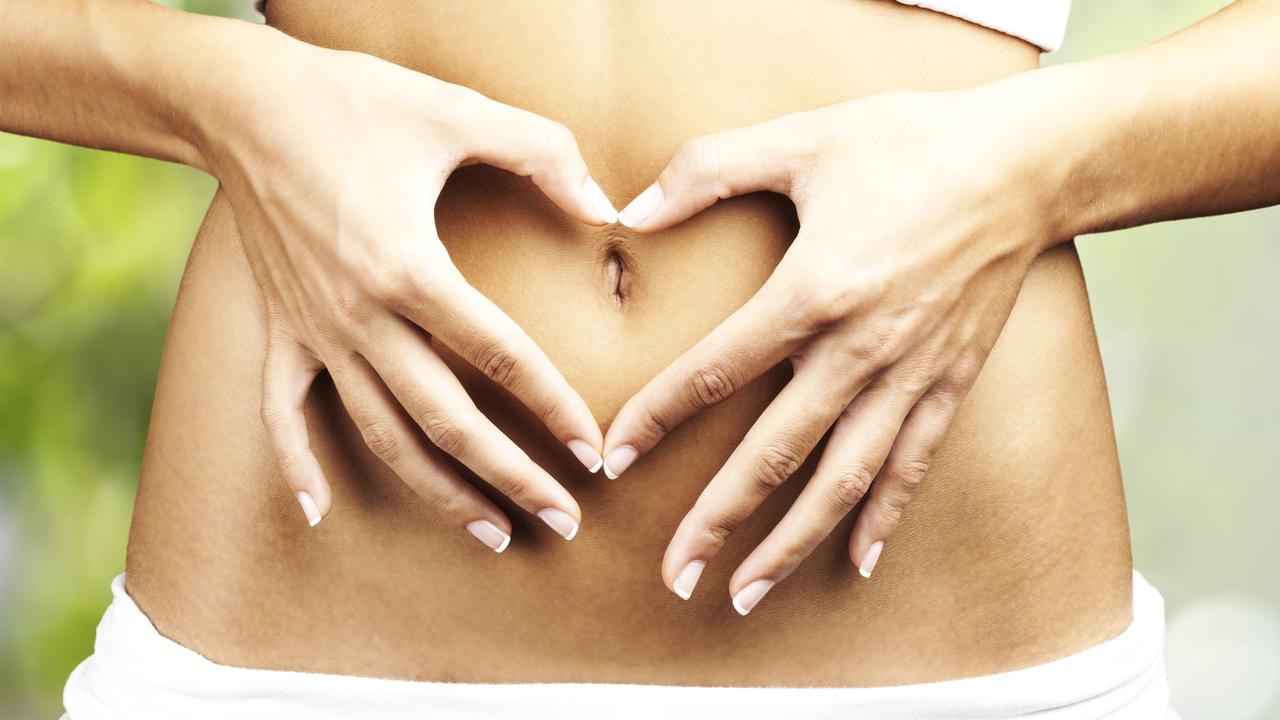 There are more than 7.7 billion belly buttons on Earth, yet few of us know much at all about this funny-looking squiggle on the middle of our middle.

We know this because everyone has one.

All those 7.7 billion-plus belly buttons were made when we were born and are unique*, which makes for a mind-boggling assortment of slightly varying innies, outies, straight-up-and-down ones, horizontal ones, deep ones, shallow ones, little ones and big ones.

But few of us know why our belly button — which doctors call the umbilicus — is different to everyone else’s and why it looks like it does. In fact, not many of us know much about belly buttons at all.

It’s time to do a bit of navel gazing. A close-up view of an innie belly button or umbilicus.

WHAT IS A BELLY BUTTON?
Everyone has a belly button because it’s the scar that is left when a baby is born and then detached* from the blood supply from the mother.

Unborn babies get their blood supply via the umbilical cord, a rope-like attachment between the baby’s tummy and an organ called the placenta inside the mother. The placenta is the filter between the mother and the baby for blood and nutrients*.

The cord has blood vessels* in it so that blood can go backwards and forwards between the placenta and the unborn baby, instead of the baby breathing, eating and drinking.

Once the baby is born, it can breathe and drink (and eventually eat), so it has no need for the umbilical cord or placenta any more.

As soon as the baby is born, the doctor or nurse puts a clamp a bit like a clothes peg on the umbilical cord a few centimetres from the baby’s tummy to stop the blood flow and then cuts the cord. Sometimes a special person supporting the mum at the birth (such as the dad, best friend or grandmother) gets the exciting job of cutting the cord.

The cord doesn’t have nerve endings in it, so cutting it doesn’t hurt the mother or the baby.

Over the next couple of weeks, the bit of the umbilical cord that is left on the baby’s tummy dries out, shrivels up and eventually falls off. 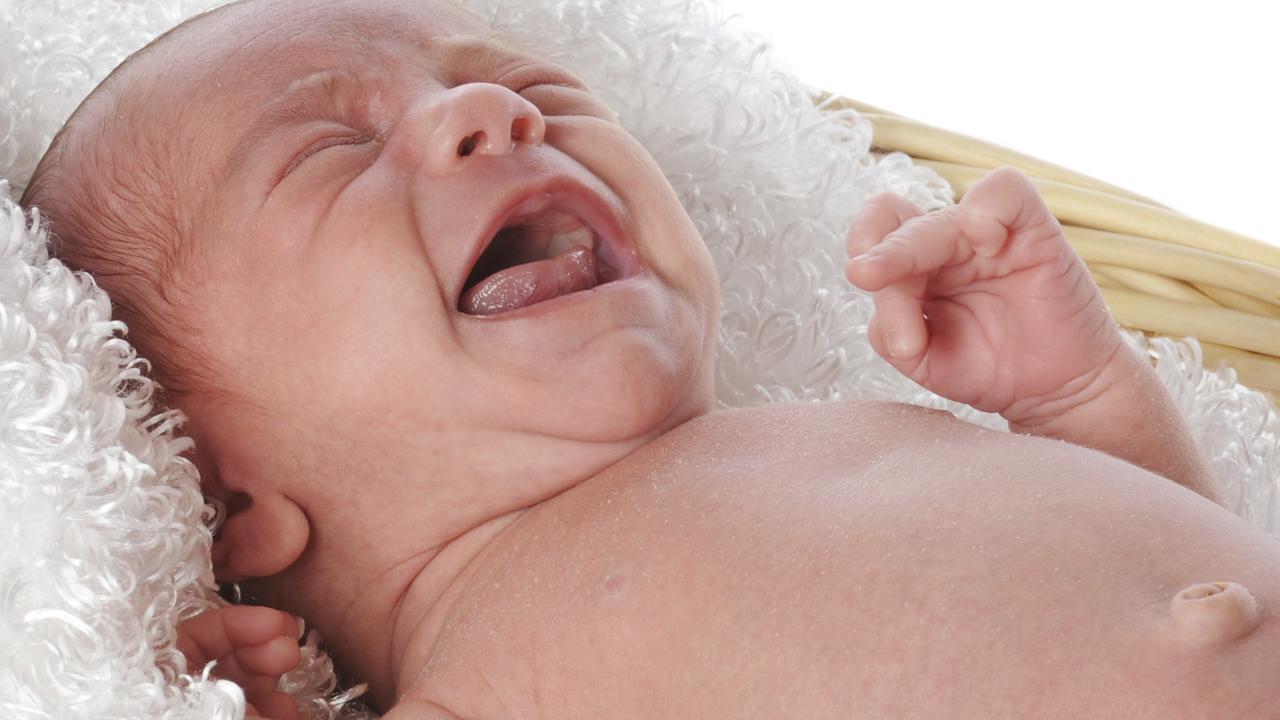 Once a baby is born it can breathe and drink, so it has no need for the umbilical cord attaching it to a blood supply from its mother.

INNIE OR OUTIE?
Belly buttons come in all different shapes and sizes, but are usually either an innie or an outie. Most people have innies. Outies form when there is extra scar tissue making it stick out, compared to an innie, which is in!

Some people think that the way the umbilical cord is cut decides whether you get an innie or an outie, but the cut is several centimetres from what is eventually your belly button, so that has nothing to do with how it turns out.

How the scar forms determines how your belly button ends up looking and it’s all really just chance.

Your belly button can change throughout your life, depending on how much fat you have around your middle. It can also change from an innie to an outie when a woman is pregnant, but usually goes back to pretty much how it was after her baby is born. BELLY BUTTON WORLD RECORD
An Australian man earned a place in the Guinness World Records for collecting fluff from his belly button every day for 26 years.

By 2010, Graham Barker had collected 22.1g of fluff to earn himself the record.

If you think that’s disgusting, there’s more: he sold the first three jars to a museum, according to a Fox News report at the time. The depth of your belly button can change throughout your life, depending on how much fat your are storing around your middle. Innie belly buttons often get deeper when someone puts on some weight.

It is possible to get an infection in your belly button as it’s hard to dry and clean inside it. If there’s anything wrong or different, it’s a good idea to get it checked out. Navel oranges get their name from the navel-like blossom end. Picture: Sandra Godwin

WEIRD BELLY BUTTON WORD
OMPHILOMANCY: the practice of looking at yours or someone else’s belly button to see into the future or tell something about the belly button owner’s personality.

It’s where the expression “navel gazing” comes from, indicating the navel gazer is a bit self absorbed.

Though there is no scientific basis to omphilomancy, some people and some cultures have believed in omphilomancy for thousands of years, in a similar way people believe you can learn from looking at the lines on the palms of a hand.

In omphilomancy, this is what particular belly button types indicate about personality:

In Chinese mythology, the shape of a belly button can even indicate how many children you will have. An assortment of adult belly buttons in a row, all slightly different.

What is ear wax and how big can it grow?

All you need to know about hair

How to become your own snot detective

How and why do onions make us cry?

CLASSROOM ACTIVITIES
1. Belly button graph
Who would’ve thought there would be so many different types of belly buttons! Have the class look at their own belly buttons privately and work with a partner to create a bar, line or pie graph on your class’s belly button types.

Collate your data by surveying all your classmates on which type of belly button they have:

Decide which type of graph you are going to construct and create your graph. Be sure to give your graph an appropriate title and label the parts to tell the reader what each part of the graph represents.

Compare your graph to some other classmates and see if the information you collated is similar (it should be as classmates shouldn’t be changing their response to which belly button type they are from one person to the next!)

2. Extension
If there are 7,735,499,000 belly buttons in the world, what other facts can you determine using this number? HINT: If you double this number it gives you the fact that there are 15,470,998,000 eyes in this world (not taking into account any people with one eye or more than two eyes!)

VCOP ACTIVITY
What does your family’s belly button say about your family?

Draw a family portrait of your family, but as belly buttons.

Then underneath each family member write their personalities according to the article section ‘Weird Belly Button Word’.

How accurate is the omphalomancy (this is what particular belly button types indicate about personality) of your family of belly buttons?

Extension: Create a short story about the day your belly button ran away.

You can decide to write it from your point of view (person with missing belly button who now resembles a doll rather than a person), or from the belly button’s view.

HAVE YOUR SAY: Describe your belly button. What do you like about it?
No one-word answers. Use full sentences to explain your thinking. No comments will be published until approved by editors.