Why don’t you sink when you swim in the Dead Sea? 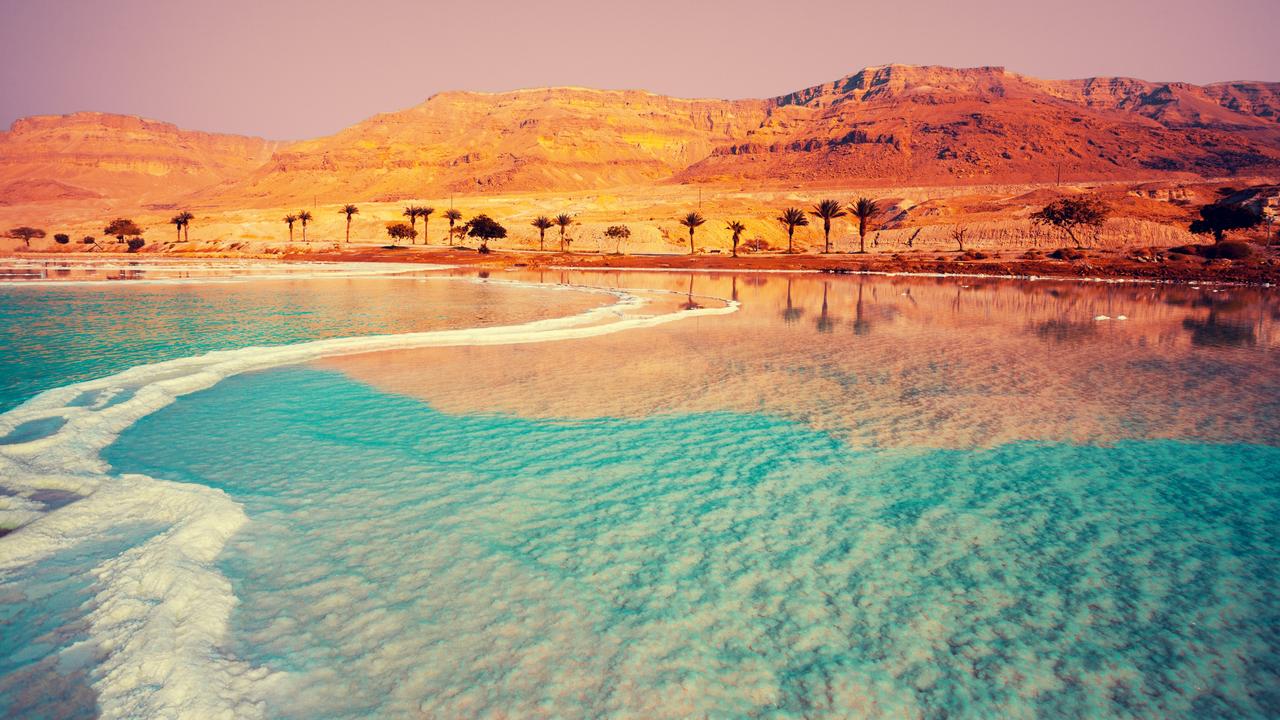 Dead Sea. See the salt in the water and the desert along the shoreline. Picture: iStock

Ask people what they know about the Dead Sea and most will tell you that it’s impossible to sink when you’re swimming in it.

But not everyone knows why.

WHAT IS THE DEAD SEA?
The Dead Sea is an inland lake 50km long by 15km wide in the Middle East between the West Bank* and Jordan. The Jordan River is the main source of the Dead Sea water.

It is about 430m below sea level, the lowest point on the surface of the Earth. The water level has been dropping even lower for the past 60 or so years, mostly because river water is being used elsewhere rather than flowing into the Dead Sea. It drops about 1m each year.

It’s a popular place for people to have a holiday, partly because it’s in the desert, which means lots of hot, sunny days.

Hotels and resorts line the shores, except that as the water level drops, the shoreline moves further away from the buildings. Some hotels that were on the shore are now more than a kilometre from the water.

IS IT DEAD?
It’s called the Dead Sea because it is full of mineral* compounds* (called salts). Dead Sea water is perhaps 10 times as salty as open ocean seawater and nothing much can survive in it.

It is so salty that bacteria is the only living thing that can survive. Fish that come in with river water quickly die.

Plants called halophytes that are adapted to extreme salt grow here and there along the shoreline.

Fish, birds and even ibex and leopards gather around several oases* fed by fresh spring water. About 500 million birds visit on their biannual* migration between Africa and Europe, but as the water level drops, the oases are drying up.

WHERE DOES THE SALT COME FROM?
When it rains, salt washes from rocks on land into the water.

In regular sea or ocean water the type of salt is mostly sodium chloride (the salt we eat with our meals). In the water of the Dead Sea, there’s less sodium chloride and more of other kinds of salts. A man reading a book while lying in the Dead Sea, a popular thing for tourists to have themselves photographed doing. Picture: Toa Heftiba

WHY CAN’T YOU SINK IN THE DEAD SEA?
The water of the Dead Sea is full of salt, which makes it much denser and heavier than freshwater. If you swim in it, you float very easily.

Travel writer Celeste Mitchell described her experience trying to go for a swim in 2017:

“The water is barely past my knees when I realise no matter how hard I try, I can’t force my feet to the bottom.

“I plonk my foot down more forcefully and feel an immediate return serve from the viscosity* of the water. I stop and marvel at this new-found buoyancy, feeling everything move in slow motion.

“I try to use my weight to push my body deeper, sitting down and pumping my hands toward the surface, but despite my best efforts, I stay afloat. My skin tingles and little cuts on my fingers smart from the salinity.

“The water feels slimy on my skin, like warm … oil,” her friend describing it as how she imagines it would feel to swim in saliva.

Why do we cry and what are tears?

CLASSROOM ACTIVITIES
1. Dead Sea Tourism Idea
After reading about the benefits of the Dead Sea’s location and salty water, think of a tourism idea to pitch to the locals. Work with a partner to share ideas and brainstorm some tourism or money-making ideas that could work along the shores of the Dead Sea. You should use things like the desert location and salty water, which could help certain ailments or use the benefits of floating.

Write your main ideas and sketch some pictures about your tourism idea on an A4 piece of paper to share with your class.

Conduct a class vote on which idea you think would work the best along the shores of the Dead Sea.

2. Extension
As stated in the article, nothing much can survive in the Dead Sea. How do you think it would impact the quality of the water or the feel of the Sea if it contains no living things?

What will happen if the water levels continue to drop in the Dead Sea?

HAVE YOUR SAY: Would you like to swim in the Dead Sea?
No one-word answers. Use full sentences to explain your thinking. No comments will be published until approved by editors.