The seven-hour flight begins and ends in Sydney and includes flying over Sydney Harbour, the Sydney Harbour Bridge and the Opera House, some of the most recognisable Australian landmarks in the world. Picture: Getty Images

On Saturday October 10, 150 people will board a big Qantas jet for a very long flight to a lot of places but, in the end, to nowhere.

The Qantas Great Southern Land scenic flight is scheduled to leave Sydney at 10.30am before doing a loop at a low altitude* over some of the countries favourite landmarks* and holiday destinations. It will then return to Sydney around seven hours later.

The Boeing 787 Dreamliner plane will cross several borders, but because it won’t land until it gets back to Sydney, border restrictions and quarantine* requirements for other states and territories* in place at the time won’t apply, apart from in Sydney. “We knew this flight would be popular, but we didn’t expect it to sell out in 10 minutes,” a Qantas spokesperson said.

The Great Southern Land flight will be aboard the airline’s famous ‘Emily’ aeroplane, normally reserved for international flights. 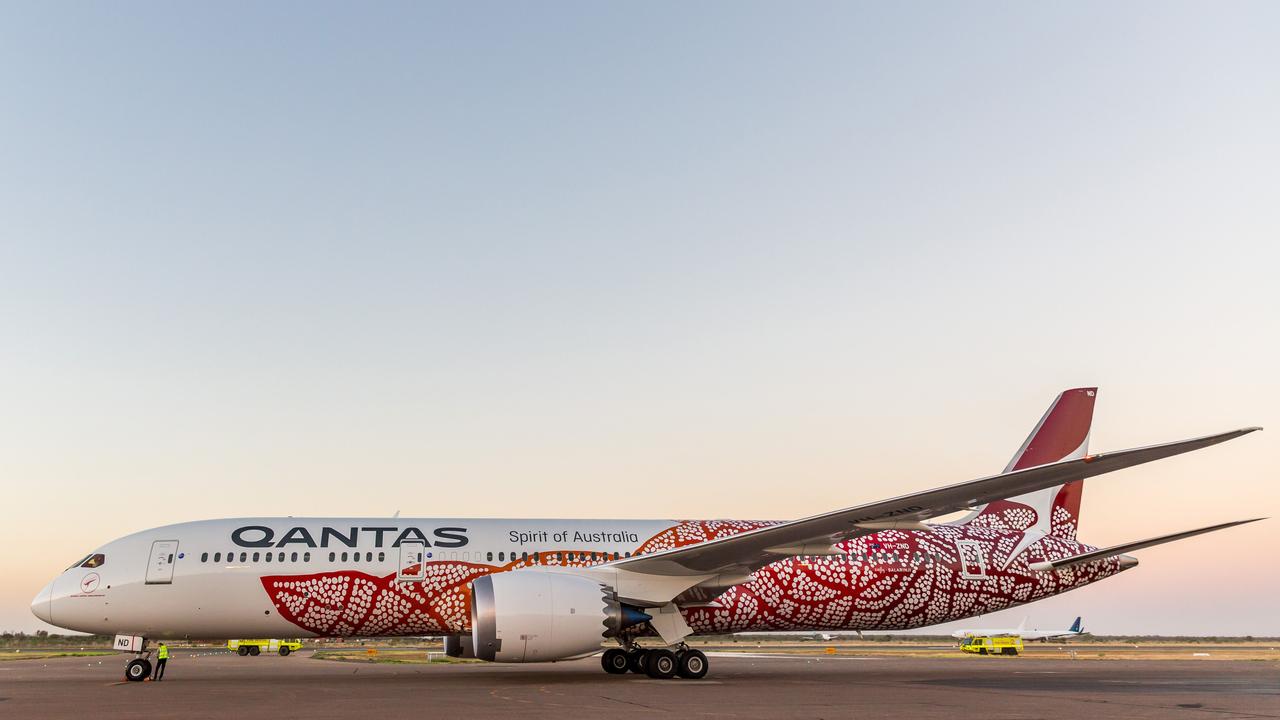 The journey will include a low-level fly-by of some of Australia’s most famous landmarks including Uluru, Kata Tjuta, the Whitsundays and Great Barrier Reef, Gold Coast, Byron Bay and Sydney Harbour.

The day begins with breakfast at the airline’s airport business lounge, then a charity auction of Qantas memorabilia*. On-board, there will be entertainment and food from a menu designed by chef Neil Perry, plus Qantas pyjamas, other goodies and a certificate to take home.

The flight is a way to give people missing flying and holidays a memorable* experience. It’s also a way of creating employment for some Qantas staff and businesses that supply the airline. Kata Tjuta in the Northern Territory.

Due to the coronavirus pandemic, more than 14,000 passenger aeroplanes around the world were grounded by April, which is about two-thirds of the global fleet. Around 7.5 million flights were cancelled in the first half of the year, according to the International Air Transport Association. Surfers Paradise, Qld. You can’t sit on the beach on this trip but the plane will fly over it.

Although only one Great Southern Land scenic flight was initially scheduled, Qantas may fly more, given how fast it sold out.

“Just six months ago, we would have never imagined not being able to jump on a plane and visit family interstate or take a holiday internationally,” he said.

“While we may not be able to take you overseas right now, we can certainly provide inspiration for future trips to some of Australia’s most beautiful destinations. We could be on the cusp* of a domestic tourism boom given international borders are likely to be restricted for some time.

“This flight, and possibly more like it, means work for our people, who are more enthusiastic than anyone to see aircraft back in the sky.” Last 747 flying kangaroo in the sky

See the sights on a holiday to nowhere

CLASSROOM ACTIVITIES
1. Design your own flight
Imagine that Qantas has asked you to choose five other places in Australia to fly by. Write a paragraph for each place that explains why you think it should be part of the Great Southern Land scenic flight.

2. Extension
If all of the tickets for the flight sold out in 10 minutes, how many tickets were sold a minute? How many were sold a second?

HAVE YOUR SAY: What would you like to fly over?
No one-word answers. Use full sentences to explain your thinking. No comments will be published until approved by editors.