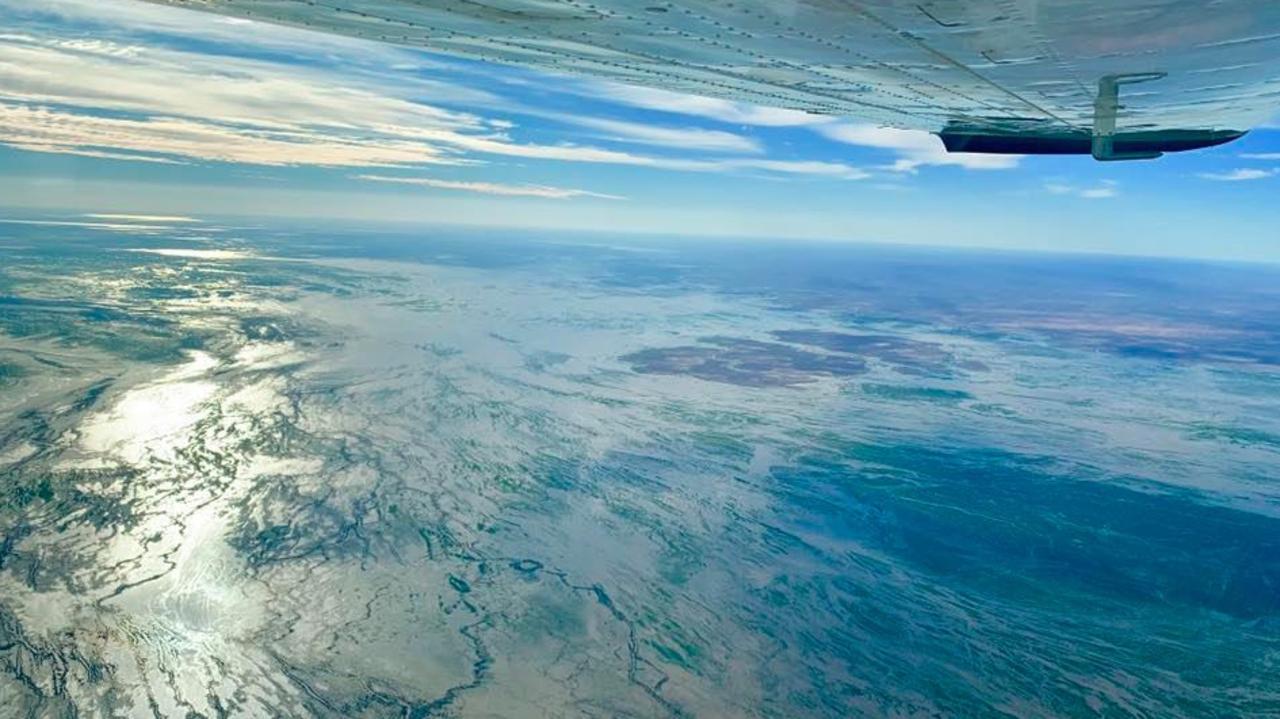 A view of Kati Thanda-Lake Eyre from an aeroplane in recent weeks. You can see the bottom of the aeroplane wing at the top of the photo. Picture: Wrightsair

Australia’s Kati Thanda-Lake Eyre is filling and it’s such a rare natural wonder, even NASA is watching.

The massive lake in northern South Australia is usually dry but within weeks it is expected to be its fullest for 40 years.

Adam Voiland of the NASA Earth Observatory Centre said more than seven Sydney Harbours worth of water flowed into the lake between February and May, with more to come.

“Water will likely cover about three-quarters of the lake’s surface area toward the end of the month, putting the lake on track to reach its fullest state in more than 40 years,” he said.

“Typically, it fills completely only a few times per century; this most recently happened in 1974 and 1950. Smaller flows of water reach the lake every few years.”

The Moderate Resolution Imaging Spectroradiometer (MODIS), which is a light measuring tool on the Terra satellite, captured the colour image shown here on May 15, when the lake was nearly half full.

Water appears dark and light blue; bare ground is brown; and vegetation* is bright green. This technique makes it easier to see the water as it fills two narrow channels that run north to south; then pools in the southernmost part of Lake Eyre North.

Wrightsair owner and pilot Trevor Wright has witnessed the filling of the lake from above, but can’t be sure about how long it will last.

“I need to look at what comes in on this second lot of flood water that will be coming in the next two weeks, that will tell a story,” he said.

“We’ve definitely seen an increase in bird life, with the water now coming in the lake, although it’s dropped off a bit, and along the Channel Country, the increase in vegetation.” 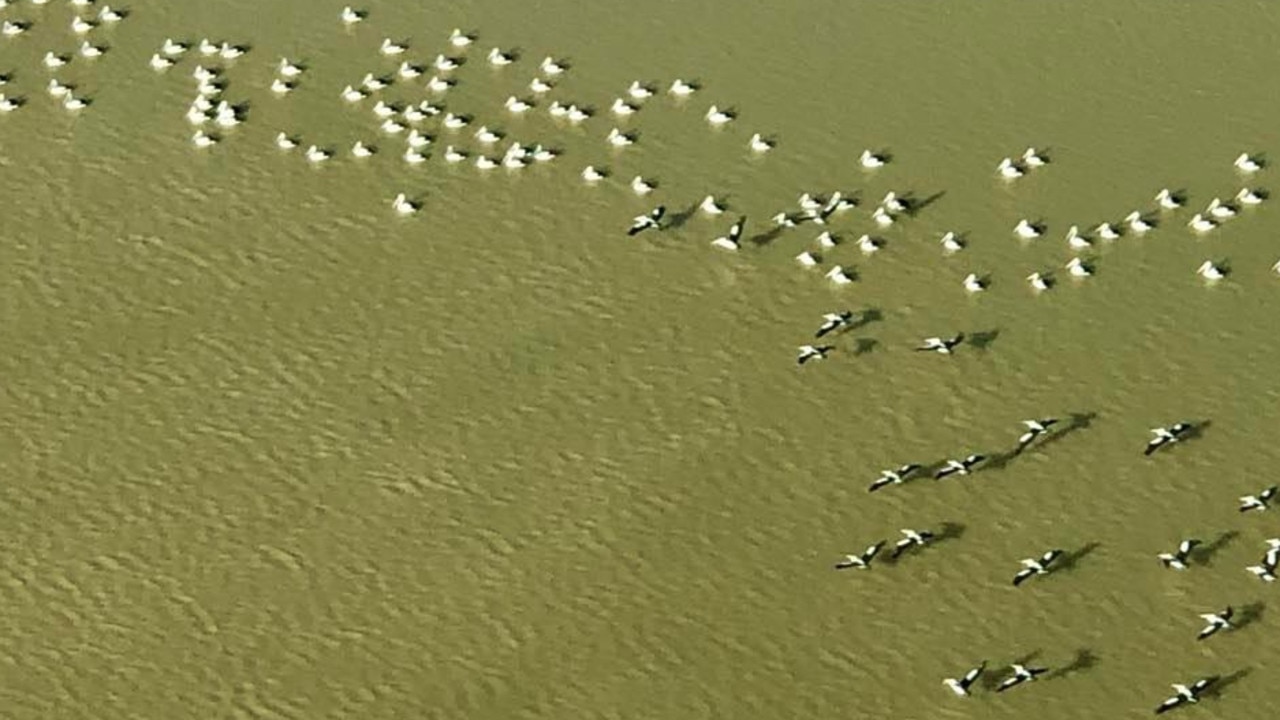 When Kati Thanda-Lake Eyre fills, birds fly in from all over the country to make the most of water in Australia’s usually dry inland. Picture: Wrightsair

“It has led to a large increase in tourists wishing to tick the lake off against their bucket list.”

Mr Wright said the lake is a great example of a pristine* inland river system, one of the best untouched river systems in the world.

Weather Explained: Where is Lake Eyre's water coming from?

Damien Welch, 26, of Alice Springs, NT said he was motivated* to travel with his friend Jasper Pfau to see all of the water that was coming through.

“It’s a pretty rare phenomenon* so we thought we’d go for a road trip and just check it out,” he said.

“It was absolutely beautiful. It’s a massive salt lake so it’s pure white and then when you’re walking out there and it’s got that bit of water on top, it’s like the sky meets the water and it’s real awesome.

“Plus the water was crystal clear and yeah, it’s weird seeing all these birds and stuff out in the middle of the desert, you don’t see that very often.” 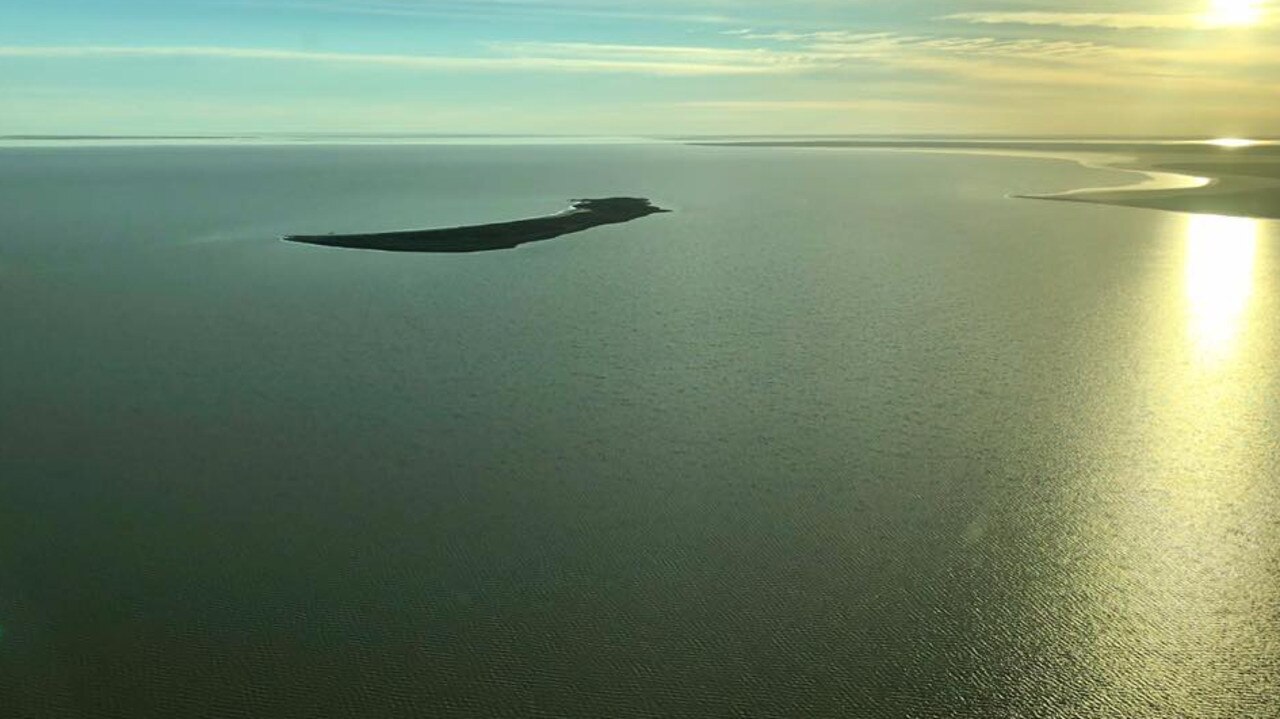 At 144km long and 77km wide, Kati Thanda-Lake Eyre can look endless when it is almost full. This photo was taken in May. Picture: Wrightsair

The Eyre part of the name is after Edward John Eyre, who saw it in 1840 and was the first non-Indigenous person to see it.

The official name became Kati Thanda-Lake Eyre in 2012 to include the Arabana people’s name for the lake.

When the lake is full it is about as salty as the sea. As it dries, the salt becomes more concentrated.

Some floodwater reaches the lake on average every eight years but it has only filled three times in the past 160 years.

People and pets rescued from floodwaters

CLASSROOM ACTIVITIES
1. Touting to the tourists
Given how infrequently Kati Thanda-Lake Eyre fills with water, this event provides a significant opportunity for tourism to the area. Imagine that you are an advertising agent, given the job of writing an advertisement to feature in the travel section of this week’s news paper. Your client is a tour operator wanting to capitalise on this unusual occurrence. Write your ad with an emphasis on the urgency of visiting now and the beauty that awaits.

2. Extension
Part of the attraction to Kati Thanda-Lake Eyre when it fills is the abundance of birdlife. Find out what types of birds are likely to be spotted and create a basic “Bird Identification Guide” that visitors would find useful. Include pictures and a basic description of each bird you include.

HAVE YOUR SAY: Do you know anyone who has seen Lake Eyre? Have you ever been to the outback?
No one-word answers. Use full sentences to explain your thinking. No comments will be published until approved by editors.