Around the diggings, you could hear the languages, music and songs of the home countries of the diggers. 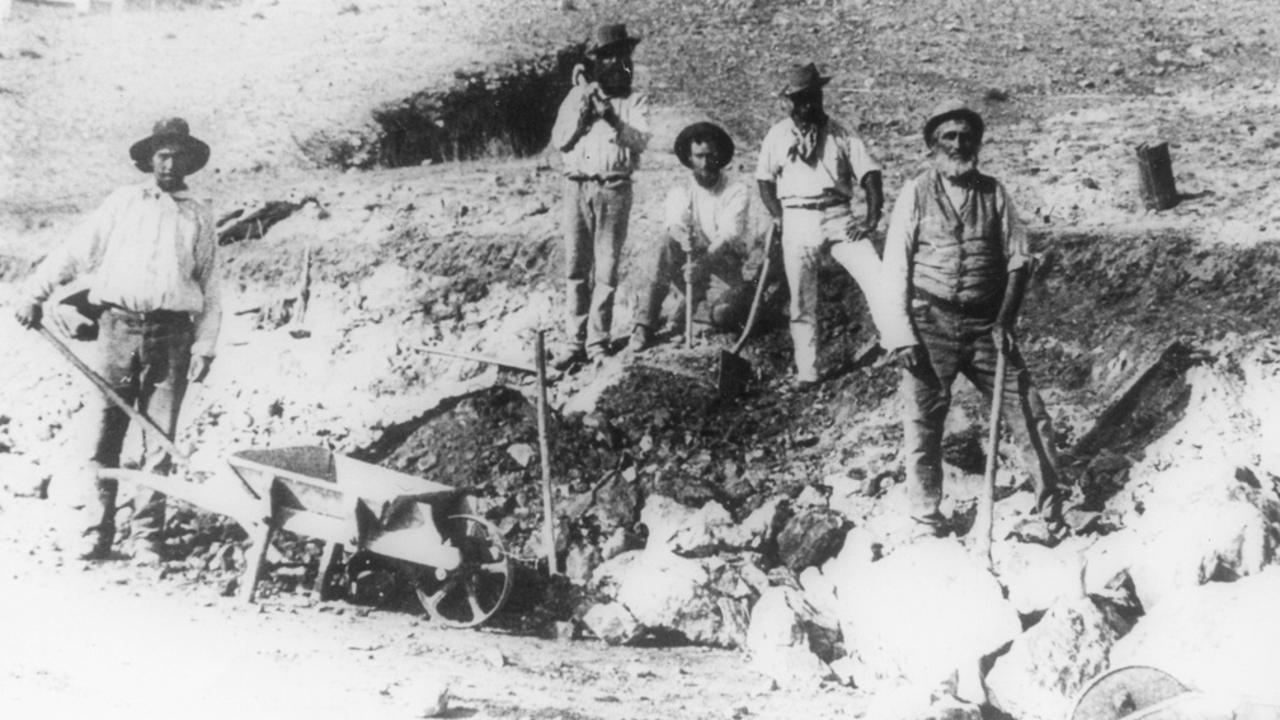 News of the Gold Rush reached China in 1853. Chinese people had suffered years of war and famine*. To get to Australia, many Chinese men borrowed money, hoping to send repayments back and leaving their family behind to work for the money lender.

The government laws in Australia made life very difficult for Chinese miners. They had to pay huge taxes to enter Victoria, so many walked from South Australia to avoid paying. Once they arrived, they were extremely organised and efficient miners, forming groups and taking on specialised jobs within the group. Many quickly saw other ways to make money, such as growing vegetables, washing clothes, selling cooked food and herbal medicines.

By 1858, the Victorian population peaked at 150,000, of whom over half were British and 40,000 were Chinese. These numbers do not include Aboriginal people, who were not officially and accurately counted as part of the population until after 1967. Chinese miners were not accepted or respected by many non-Chinese people on the goldfields.

Chinese culture was strange to many European miners. Most Chinese men had a long pigtail, had different clothes, didn’t wear shoes, ate strange food and carried their loads on bamboo poles across their shoulders. They had to put up with unwelcoming* and racist behaviour from many non-Chinese people and had to support one another to get by.

Some Chinese returned home after the Gold Rush, but many stayed here. They found jobs, set up market gardens, restaurants or laundries. They brought their families to Australia. Gradually the Chinese became the accepted and respected group in Australian society that they are today. 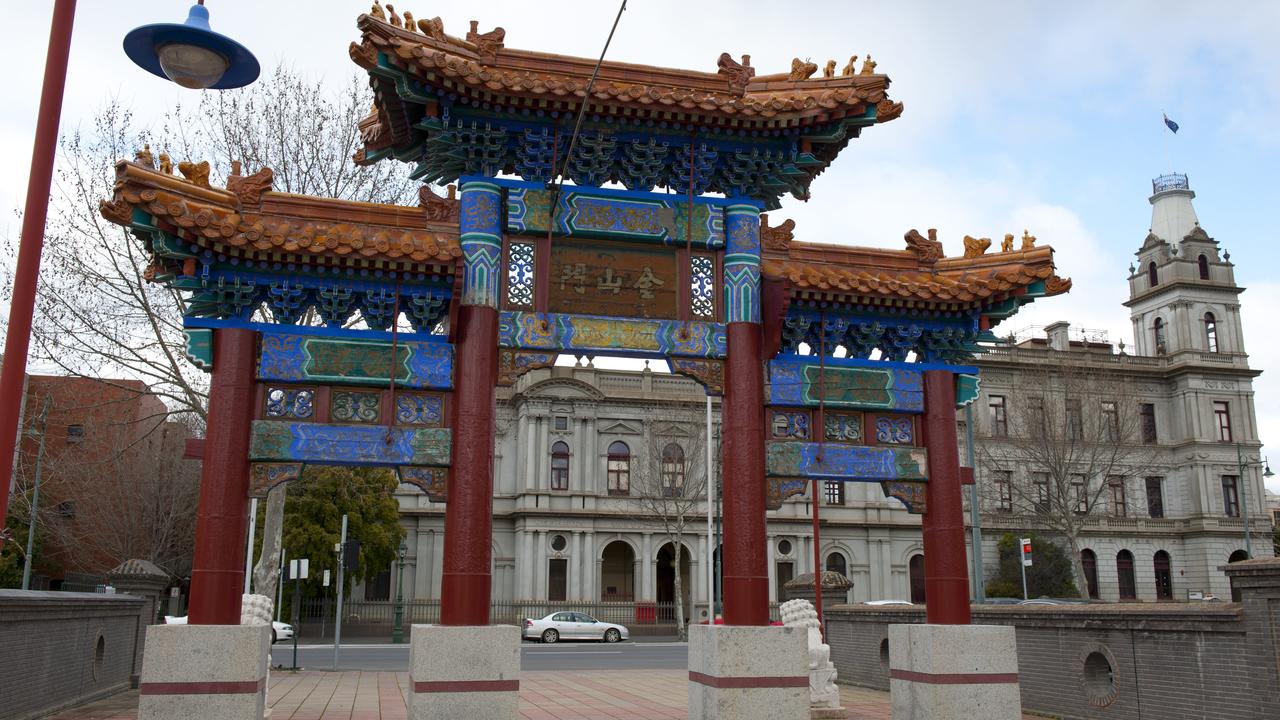 Chinese history and culture is now celebrated. In Bendigo, a Chinese archway near the Golden Dragon Museum stands in front of a grand Gold Rush-era building.

The sudden rush of people from all over the world displaced* many Aboriginal Australians, who had lived on and looked after the land where gold was found for tens of thousands of years. The miners and their families didn’t know much about Aboriginal culture and some people expressed their fear with hostility* and violence. Aboriginal people were attacked and pushed away so that land could be mined. There are few records of Aboriginal people benefiting from the Gold Rush. 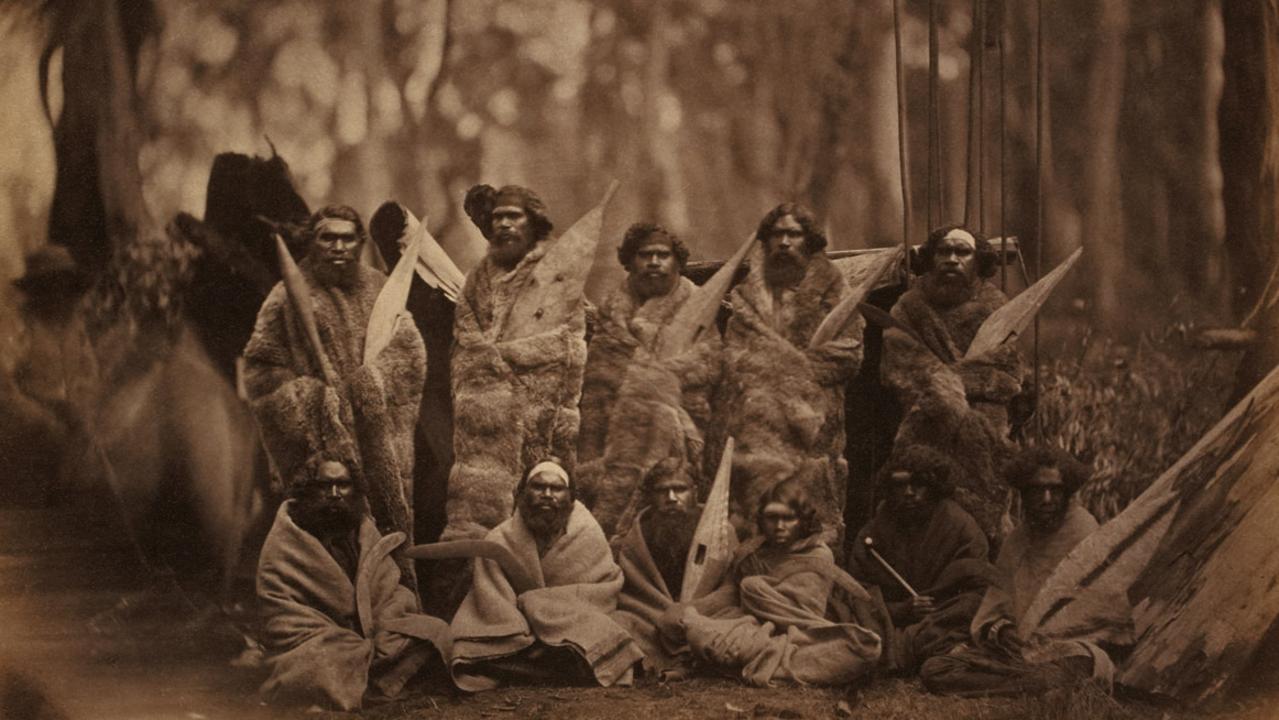 Aboriginal people of the Kulin Nation photographed in Melbourne in the late 1850s, wearing cloaks of possum skin, which were worn throughout the southeast of Australia.

Rough journey to the goldfields

How to find gold