The miners battled hard and lost on the day, but their fight led to big changes 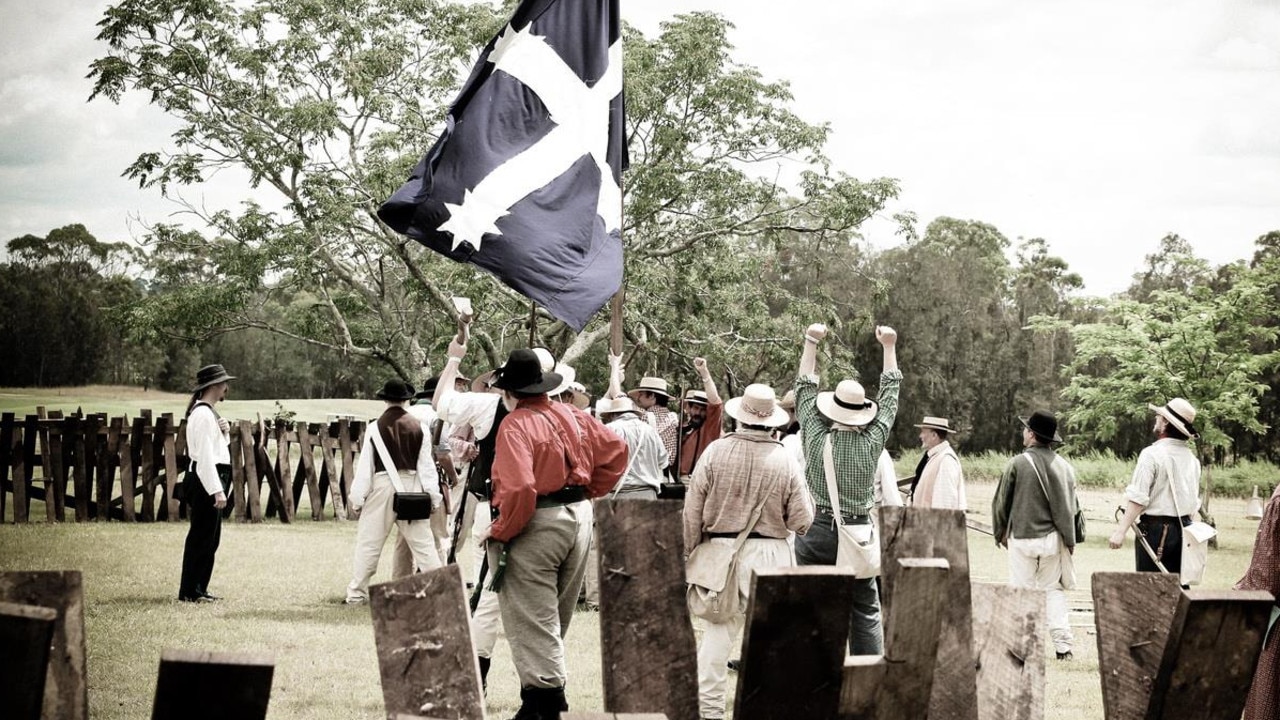 Five thousand men and women gathered on October 17, 1854 to discuss the case of the murder of Scottish miner James Scobie at the Eureka Hotel two weeks before. The miners disagreed that the manager of the hotel was found not guilty of his killing and decided to ask the judge to change his mind.

After most of the crowd left the meeting, a small group of miners decided to take justice* into their own hands and set fire to the Eureka Hotel. They were arrested by police. Over the next few weeks, the miners organised themselves and met and elected* spokespeople* who, on November 27, talked to the new Victorian Governor, Charles Hotham.

They demanded* the release of the men who burned down Bentley’s Eureka Hotel but the Governor was offended by their demands and dismissed* their complaints. He then sent 150 British soldiers to Ballarat to support the police and soldiers already stationed* there.

The miners realised the government was preparing to fight them.

Twelve thousand miners met at Bakery Hill under the Southern Cross flag on November 29, 1854, promising to work together to protest against and fight high miner’s licence fees, police mistreatment* of miners and lack of miners’ rights.

At another meeting the next day, they elected Peter Lalor as their leader. They built a rough type of fort called a stockade at Bakery Hill using wood from around the diggings and waited to be attacked. A memorial to the men involved in the Eureka Stockade incident in 1854.

Three days later, on December 3, 1854, there was a big battle between the miners and about 300 police and red-and-white-uniformed soldiers and it didn’t go well for the miners. Even though it was all over in 15 minutes, at least 22 miners were killed, many were badly hurt and 125 were taken prisoner. Six soldiers died. A sketch by artist Charles Doudiet of troops gathering to storm the Eureka Stockade.

Although the battle at the Eureka Stockade wasn’t a success for the miners, their fight marked the beginning of a better time. Within months all but one of the miners who had been arrested were acquitted*. The government held a big investigation called a Royal Commission.

Half the police were sacked and miners were given the right to own the land on which they worked. The expensive Miner’s Licence was replaced with a tax on gold found and a Miner’s Right, which only cost one pound a year and gave them a vote in elections. The miners’ leader Peter Lalor was elected to parliament.

The original Eureka flag is at the Ballarat Fine Art Gallery in Victoria. It is made of silk and very fragile and damaged. It is thought to have been designed by a Canadian miner named Henry Ross and sewn by three women — Anastasia Withers, Anne Duke and Anastasia Hayes in 1854. The five stars represent* the Southern Cross constellation* and the white cross joining the stars represents unity* in defiance*. 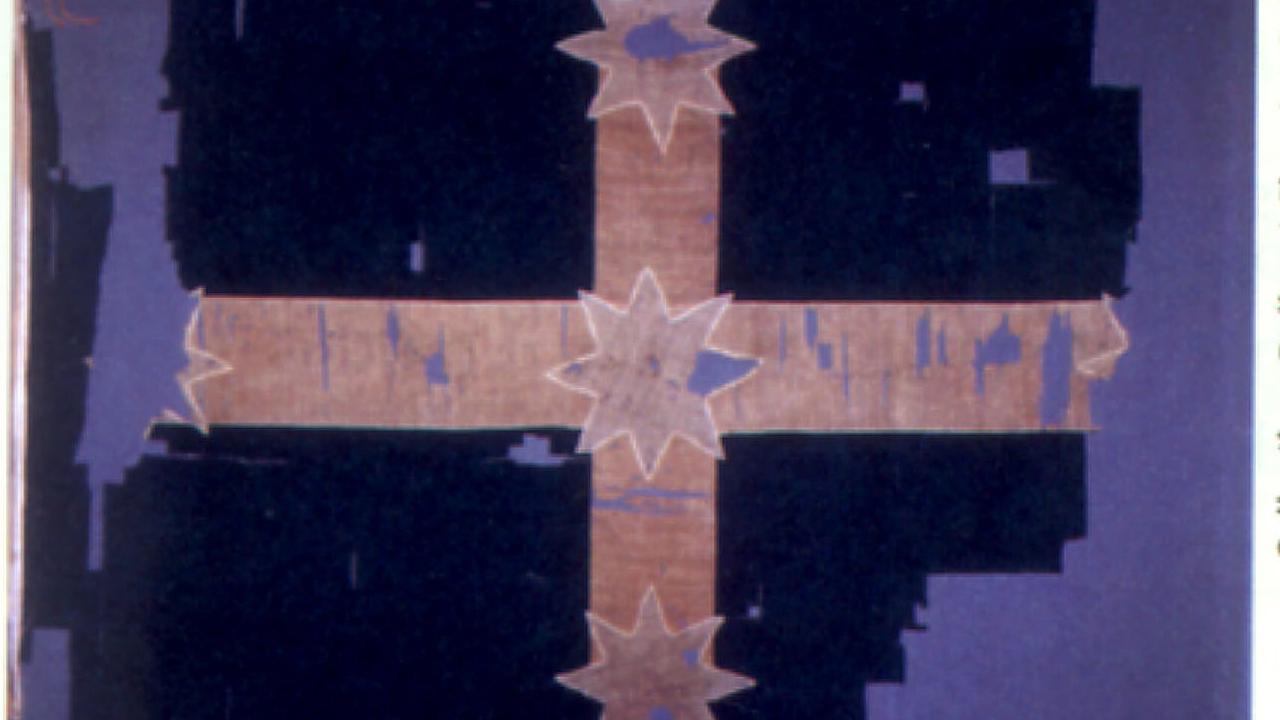 The original Eureka Stockade flag, which is very worn and damaged.

Growing unrest of the goldfields