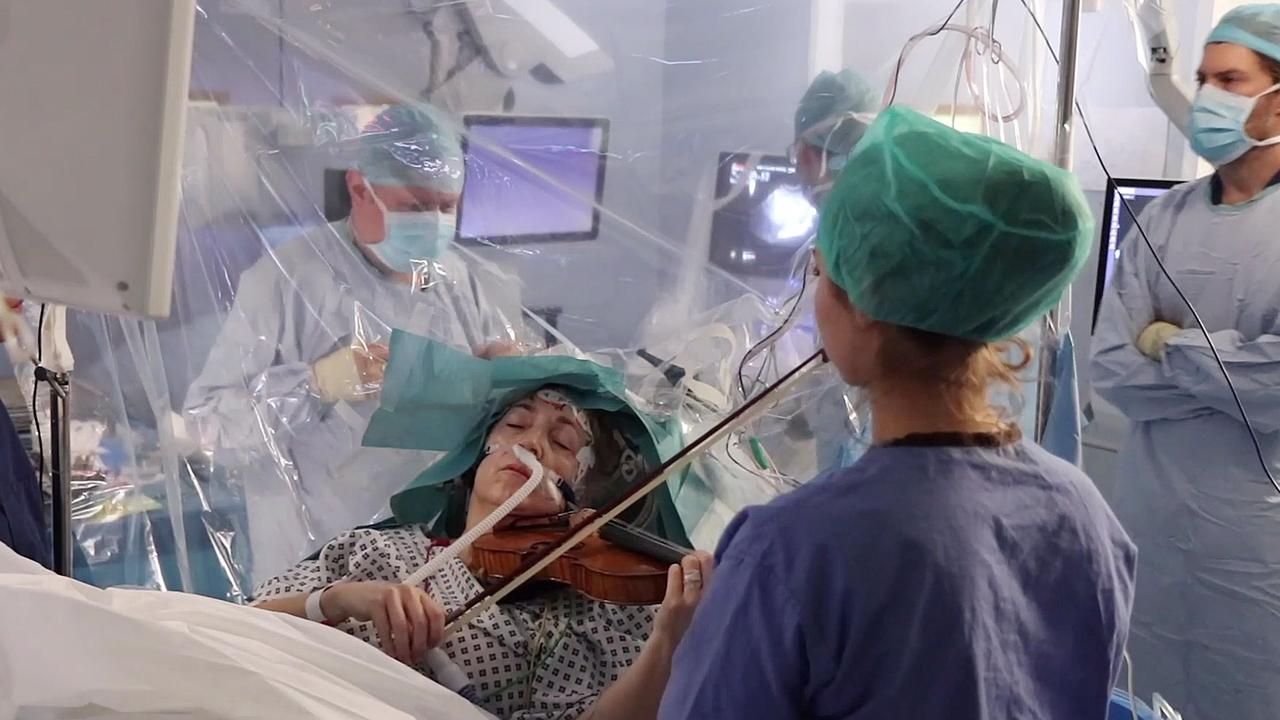 A musician has played her violin during a six-hour operation to remove a brain tumour.

Dagmar Turner, from the UK, required the surgery to save her life; however, she was terrified she might lose her skill as a result of the operation.

After expressing her concerns to her surgeon – who also holds a degree in music and is an accomplished* pianist – a plan was devised to calm her fears and reduce potential risks.

Professor Ashkan and the neurosurgical* team at King’s College Hospital, London, UK, first mapped Ms Turner’s brain to identify areas that were active when she played the violin.

The team also discussed the idea of waking Ms Turner during the operation so she could play to ensure the surgeons did not damage areas of the brain that controlled her delicate hand movements.

“We knew how important the violin is to Dagmar so it was vital that we preserved function in the delicate areas of her brain that allowed her to play,” Prof Ashkan said.

“We managed to remove over 90 per cent of the tumour, including all the areas suspicious of aggressive* activity, while retaining full function in her left hand.”

The entire operation took six hours and Ms Turner, who was under anaesthetic at first, played violin for around half of it.

WARNING: Contains graphic images of the brain during surgery

Three days after the procedure the 53-year-old was well enough to go home to her husband and son.

According to Cancer Council Australia, it is possible to undergo surgery while awake to have a brain tumour removed.

The operation, known as an awake craniotomy*, is a procedure sometimes recommended if the tumour is near parts of the brain that control speech or movement.

“All or part of this operation is done with the patient awake (conscious) but relaxed, so they can speak, move and respond,” reads a statement on the site.

“You may be worried that an awake craniotomy will hurt, but the brain itself does not feel pain and local anaesthetic is used to numb surrounding tissues*.

“An electrode* is also used to stimulate* and pinpoint important areas of the brain.”

This story was published in The Sun and was republished with permission. 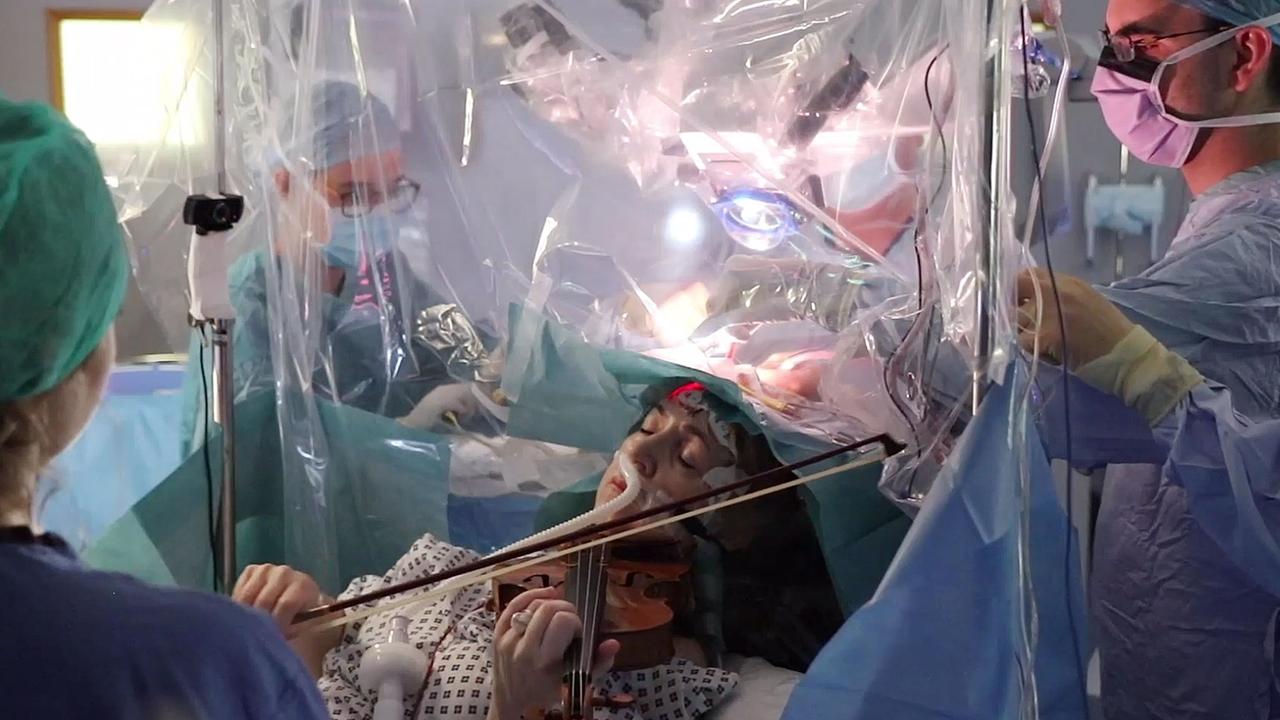 Growing mini brains and zapping them to life

Concussion: what is it and how does it happen?

CLASSROOM ACTIVITIES
1. Make a list
Write a list of all of the things about the brain that you can learn from this article.

HAVE YOUR SAY: What special skill would you most like to protect if this happened to you?
No one-word answers. Use full sentences to explain your thinking. No comments will be published until approved by editors.