Cricket star Moises Henriques grows all out for charity 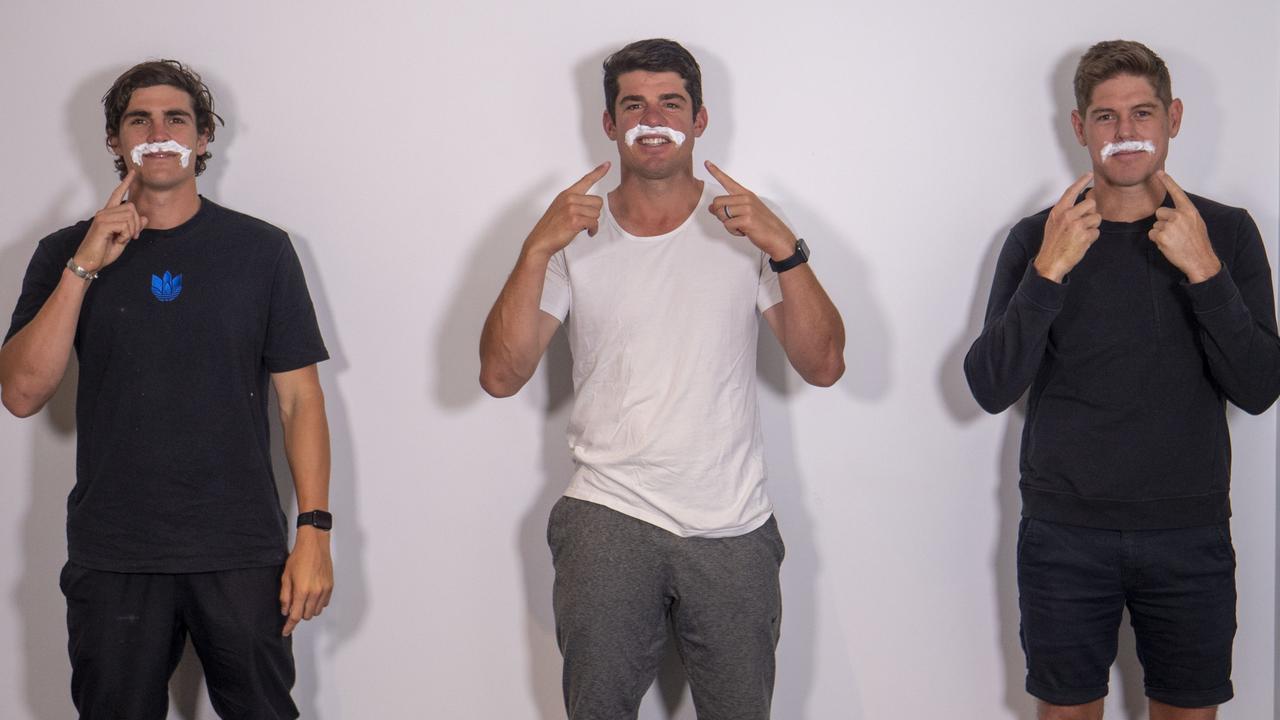 You might have noticed a strange hairy growth sprouting above the upper lip of many men this month.

These fury features can look a bit funny but there’s actually a serious message behind them: they are helping to raise awareness of men’s health issues as part of Movember.

Cricket star Moises Henriques is among those growing a moustache for Movember, inspired by his own mental health challenges.

“Growing a moustache — no matter how bad it looks — is something small and simple that I can do to raise some really important money and awareness of mental health and other illnesses and diseases affecting men,” the Sydney Sixers captain said. Moises Henriques’ moustache was starting to take shape when he played for NSW in a Sheffield Shield match on November 10. Picture: Getty Images

Henriques, who his doing his third Movember, said he wanted to help others who were suffering with their mental health.

“When I was really struggling with my own mental health I was lucky to have lots of friends, family and employers in support who helped me get through my bad times,” he said.

“I have often thought ‘how do people get through these problems if they don’t have this support or a job or even a roof over their head’.

“That’s a huge part of why I do Movember.”

It’s a cause supported by many high-profile sportsmen, including Henriques’ teammates Sean Abbott and Daniel Hughes. They are among more than 6 million people who have taken part in Movember since it started in 2003, with the money raised funding more than 1250 men’s health projects.

Improving mental health services and awareness is a big focus of Movember, but the event that takes place each November also raises money for men’s cancers.

Henriques said learning to live a healthy lifestyle was important from a young age.

“It doesn’t have to be healthy food all the time but eating mindfully* and understanding what you are eating is important,” he said.

As well as a healthy diet, Henriques said getting outside and being active were keys to good physical and mental health.

“Going outside, even if it’s just in the backyard, and experiencing Mother Nature, rather than staring at a screen inside, is a big one for me,” the cricketer said.

“When you’re staring at a little screen all the time you get caught up and forget how big the world is. You think everything that’s going on in your mind and on your phone is actually the whole world.

“The more you can get outside, the better perspective* you have.”

Henriques said he loved walking the dog with his family and playing golf. He was also learning to surf. 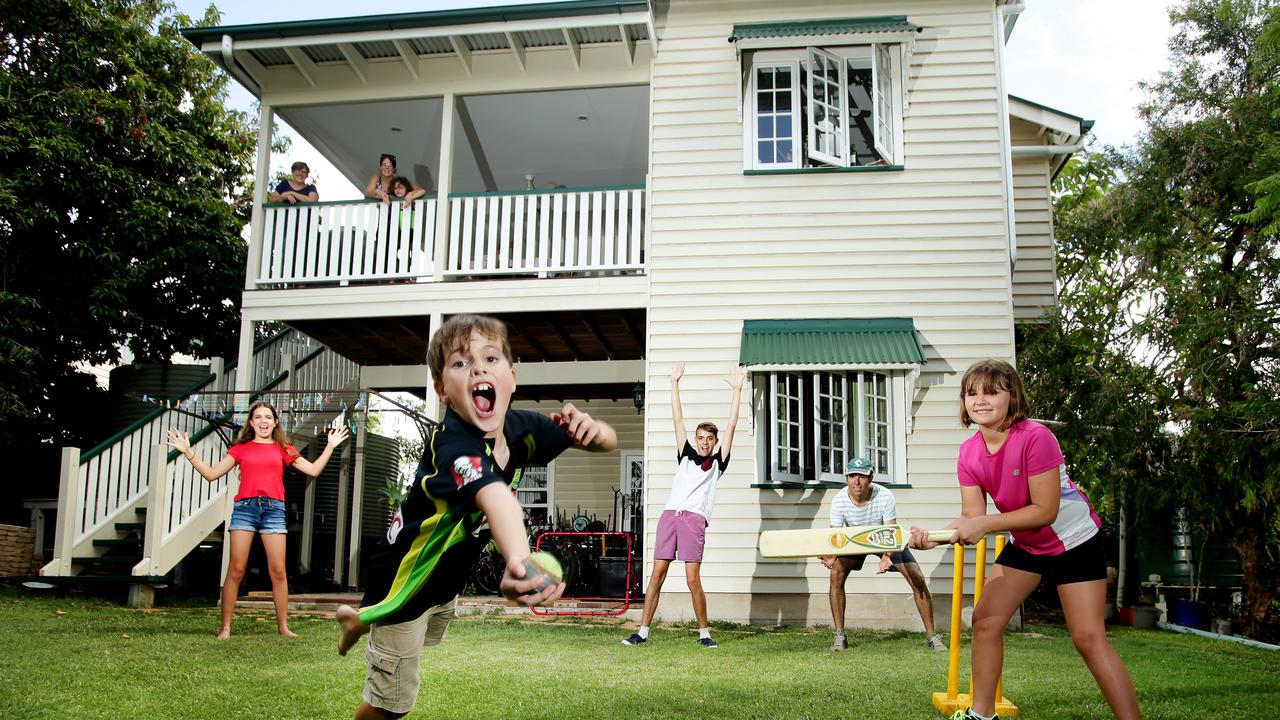 A game of backyard cricket is a good way for kids to get active with dad. Picture: Mark Calleja

He encouraged kids to get their dads outside with them, especially for Movember.

“It is really important not just for the exercise but to build that genuine bond and connection as well,” he said.

Henriques, who is in the Australian one day international and T20 squad to play India later this month and in December, said that while proud of his Movember effort, his was far from the best moustache in cricket.

He nominated Daniel Hughes and Matthew Wade as having cricket’s most impressive “mos”. 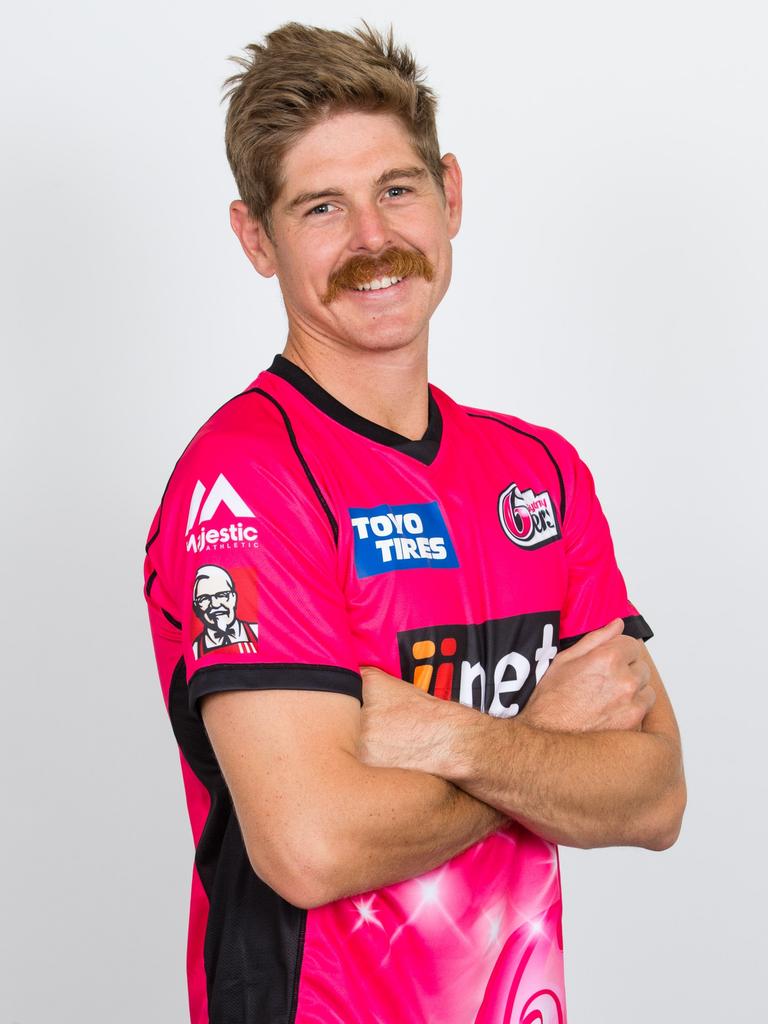 Daniel Hughes knows how to grow a good mo. Matthew Wade’s moustache looked impressive when he padded up for Tasmania in a Sheffield Shield match against NSW on November 11. Picture: Getty Images

Simple steps to ease your worries in tough times

How giving a little makes a big difference

CLASSROOM ACTIVITIES
1. Stay mentally healthy
Moises Henriques spoke about the support he has had during times when his mental health has been poor, the activities he enjoys that keep him balanced and what he tries to avoid for the sake of his mental health. Identifying your own support people, positive activities and things to avoid could be helpful for you too – now or in the future. On a sheet of paper, brainstorm a list of people (or organisations) that you could turn to for help if you need it, a list of activities that help you to feel happy and positive, and any things that you should avoid or keep in moderation because you know they can impact you negatively.

2. Extension
Create a self-portrait collage of yourself with the craziest moustache you can imagine.

VCOP ACTIVITY
Grammar and VCOP
The glossary of terms helps you to understand and learn the ambitious vocabulary being used in the article. Can you use the words outlined in the glossary to create new sentences? Challenge yourself to include other VCOP (vocabulary, connectives, openers and punctuation) elements in your sentence/s.

HAVE YOUR SAY: What have you done to raise money for an important cause?
No one-word answers. Use full sentences to explain your thinking. No comments will be published until approved by editors.