Even premiers must follow the rules, says cartoonist Mark Knight Most Victorian school kids know how to follow the face mask rules, but Premier Daniel Andrews has found himself in the naughty corner in this cartoon by Mark Knight.

As Victoria attempts to come out of its sixth lockdown, getting kids back into classrooms is a focus.

You guys need to get back to school!

So when schools started to reopen this month, as an extra safety measure, Victoria’s chief health officer Brett Sutton announced that wearing face masks would be mandatory* in the classroom for children in Year 3 and up.

Victorians have been very good at obeying health orders over the past two years. A pat on the back for us all!

Despite recent protests by some, most people have knuckled down and done what they’ve been asked to do.

Melbourne has been locked down for the longest period in the world, we’re getting vaccinated and we wear face masks when we go out.

So, kids wearing face masks at school seemed like just another thing we have to do to get back to “Covid normal”. Along with books, computers and lunches, school bags now also contain a face mask. 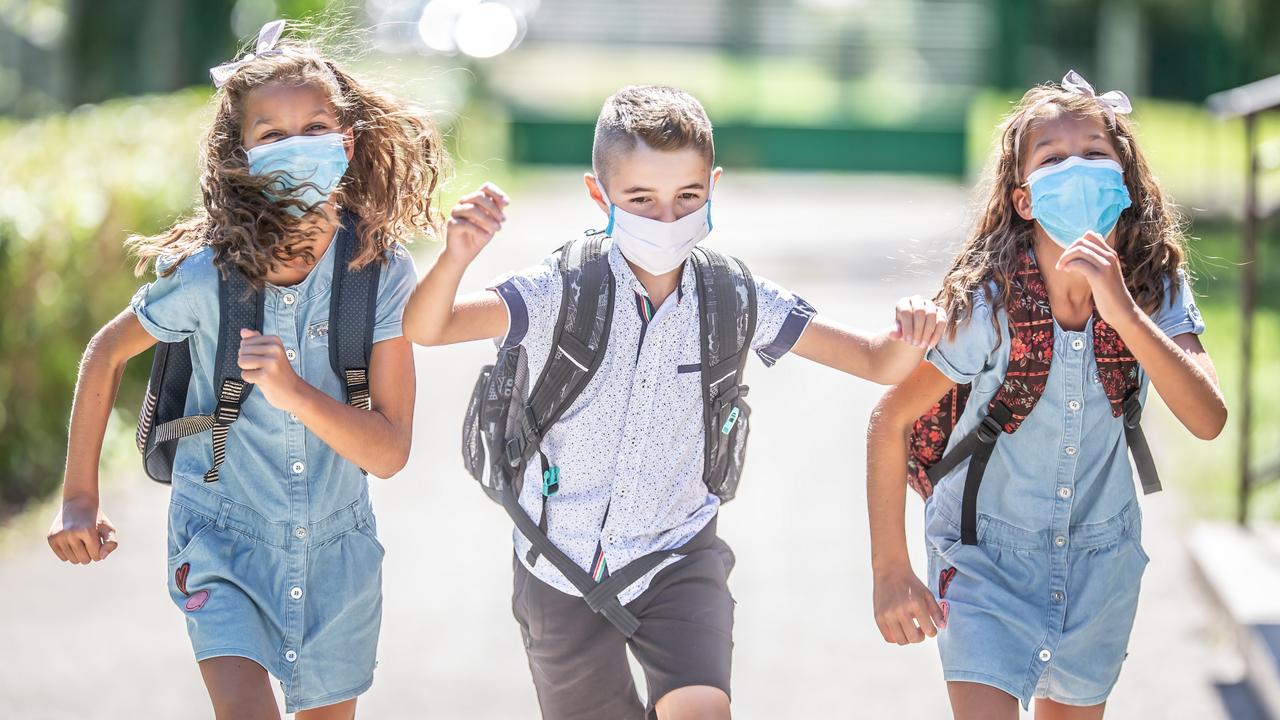 When I dropped my daughter off at school after the face mask order was made, I observed all students were masked up as they headed off to class.

As I drove away I thought I should draw a cartoon about face masks in schools and how students have had to endure* two tough years of homeschooling and interrupted learning, and here they are again, having to adopt face masks full-time in class.

As I drove back to my home studio to draw a cartoon for the next day’s newspaper, I wondered what my angle would be? I didn’t have to wonder for long!

Listening to the news in the car, the lead item was about Victorian Premier Dan Andrews not wearing a face mask on his way to his office on two occasions.

While it’s not the worst crime, the Premier has asked a lot of Victorians and they have followed all his rules and restrictions.

This didn’t look good. Asking students to mask up at all times but failing to wear one himself was a mistake. I think I had my angle. Victorian Premier Daniel Andrews arrives for a media conference wearing a face mask in September, but he was fined $400 by police for not wearing a mask as he arrived at work at state parliament twice in October. Picture: Getty Images

I have always loved the concept of the “naughty corner”. When someone in the classroom has been disruptive, or broken class rules, a “time out” away from the class in a corner to reflect on their behaviour is a great visual tool. It’s probably not used a lot now in real life but it’s a lovely cliche* from schooling techniques of the past.

I started sketching a classroom of students sitting on the mat in front of the blackboard with the teacher addressing the class on the new rules for wearing face masks.

On the board she has clearly written the new rules and to reinforce this she adds: “The naughty corner awaits those who feel the rules don’t apply to them”.

The students look like Year 3s or 4s and they are paying close attention to the teacher’s strict instructions and the importance of following the rules. Nobody wants to go to the naughty corner!

The punchline* for this cartoon is that not everyone follows the rules and someone is standing in the naughty corner already. But it’s not a student.

The cartoon illustrates that the rules are for everyone, including those who make them!

Playground ban stirs up memories of the Fun Police