One of the other trees carved by the Wells expedition of 1891.

Experts believe they have found one of the most elusive* landmarks of the colonial era*, a missing marker tree used by 1891 explorers led by Lawrence Wells in South Australia.

Early European explorers commonly made carvings in trees — known as blazing — to mark their path across the land or to mark campsites or features in the landscape. They also blazed trees in preparation for maps to be drawn.

Trees were blazed by removing a sheet of bark and then using a chisel to carve information into the tree, such as the explorer’s initials and the date. 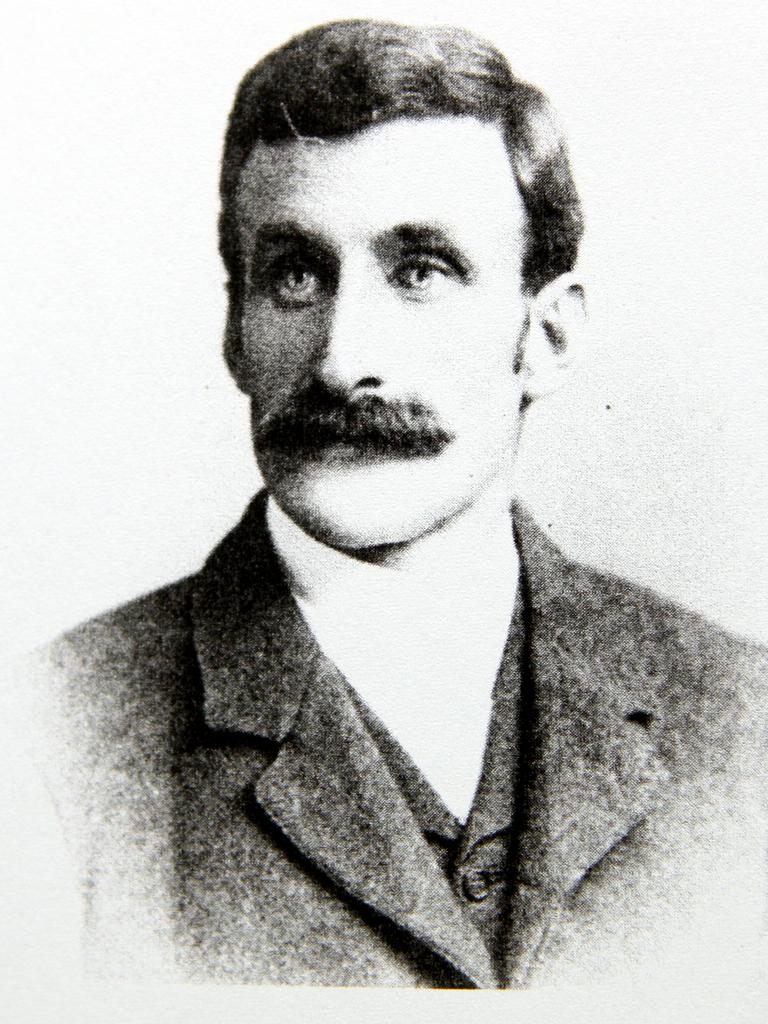 “There is a high level of confidence that the partially healed tree is now likely to be the tree that Wells blazed in 1891,’’ Mr Frost said.

“The digital radar representation of the elevation of the land at the site matches Wells’ records.”

Blazed trees were also famously used in the ill-fated* Burke and Wills expedition* of 1861.

Robert O’Hara Burke and William Wills were the first Europeans to successfully cross the continent from south to north. They died next to Cooper Creek in southwest Queensland on the return journey.

That expedition’s famous “dig tree” on the banks of Cooper Creek has become a memorial site for the pair. The famous dig tree on the banks of Cooper Creek, where Burke and Wills died on the return journey of their expedition to travel the length of Australia in 1861.

Only 30 years after the Burke and Wills disaster, Wells marked two trees with expedition details in an even more remote location: in the far northwest of South Australia near the WA border.

But one tree was lost in the shifting sands and dunes of the Great Victoria Desert.

New spatial* computer software developed by Flinders University appears to have solved the mystery. However, the local Indigenous population has forbidden the disclosure* of its location and the removal of the healing scar which is thought to have grown over the expedition details carved by Wells.

The general location is west of the Everard Ranges, where in July 1891 Well’s expedition was divided into two parts. The main route was well documented, but there were sketchy details of two “traverses*” undertaken by Wells to make a closer study of the landscape.

Two searches in the 1980s failed to find the marble gum tree. The tree was thought to have been destroyed by humans or nature, until a study in 2005 claimed to have some evidence of a scarred tree in the general area.

Wells was a highly regarded surveyor* when he set off on the expedition in 1891. He had recently finished work surveying the massive Northern Territory and Queensland border project. A hand drawn map made by Wells during the 1891 expedition.

Mr Frost said Wells made 26 very accurate elevation recordings of landmarks and distance readings during the expedition. Mr Frost and Dr Lethbridge matched these with specialist elevation data from German Aerospace and Airbus Defence to mimic* the profile of the traverse Wells had taken.

Mr Frost said further investigations were possible using modified ground penetrating radar to investigate the scar, but it had been a significant breakthrough locating the tree.

CLASSROOM ACTIVITIES
1. Think About It
Why do you think that finding this marker tree is such an important discovery?

Write a list, create a mind map or draw a diagram that includes as many reasons that you can think of.

2. Extension
Have you ever heard of someone being described as a ‘trail blazer’?

Using your own knowledge and/or information in the story to write a definition of the term ‘trail blazer’ and sentences explaining where you think  the term came from.