A firefighter conducts back burning to keep houses safe from bushfires moving towards them on the NSW Central Coast on December 10, 2019. Picture: AFP

This year’s bushfires prompted* a bigger spike* in Australian online search queries than any other news event this decade, Google has revealed.

Natural disasters caused us to consult Google again and again throughout the 2010s. “Fires near me” was the most popular single search query in Australia for 2019, while the Queensland floods of 2011 was the sixth highest-spiking search of the decade, and Cyclone Yasi was the 10th.

A disaster of another kind – the 2016 “Census fail” – created the third-biggest Google spike of the decade, as frustrated Australians tried to find out why they weren’t able to lodge their forms online on the evening of the country’s first-ever digital count.

In the end, 4.9 million online forms were lodged and Australian Statistician David Kalisch later said the 96 per cent completion rate was “comparable with previous Censuses” – but the debacle* caused enormous frustration. 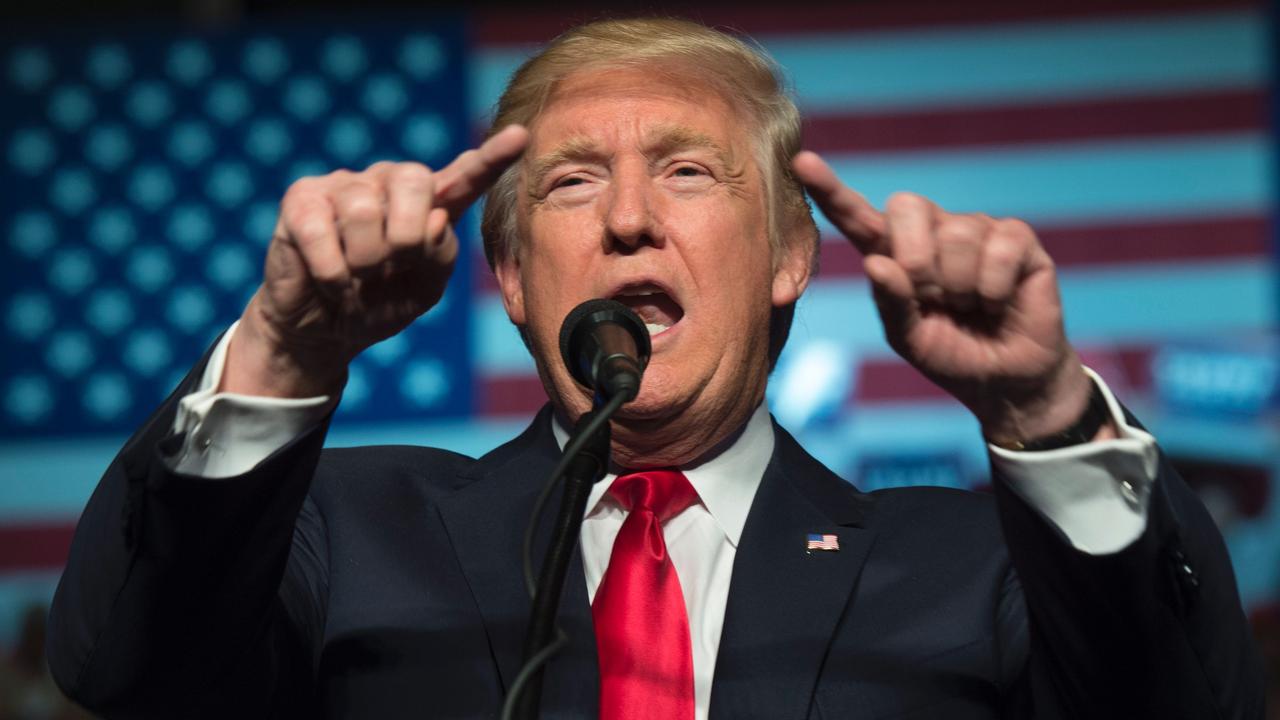 The 2016 US election and US President Donald Trump have been popular search topics for Australians this past decade. Here, then-President-elect Trump thanks crowds on December 15, 2016 for voting for him. Picture: AFP

The 2016 US election was the biggest international event that Australians seemed to want to know more about – not too surprising given Donald Trump’s upset victory – and Trump himself led the table of top trending* global figures we googled.

Investors clamoured* to find out more about the Bitcoin* price run of December 2017, when the launch of two new bitcoin futures markets* caused the cryptocurrency* to double in value within a couple of weeks.

The disappearance of Malaysia Airlines Flight MH370 in March 2014, the death of al-Queda head Osama bin Laden in May 2011 and the royal wedding of Prince Harry and Meghan Markle in May 2018 were the other international events that prompted the most Google searches. Apart from Trump, the names that had the highest increase in search traffic over the decade were all in the entertainment field, with Justin Bieber, Kim Kardashian, Taylor Swift and Miley Cyrus rounding out the top five. Australian actor Hugh Jackman, seen here as the movie character Wolverine, was one of the most common Australian entertainers we searched for on Google this decade.

Even more surprising than that, however, is the fact that the very top of that list was dominated by figures from the world of current affairs and politics. 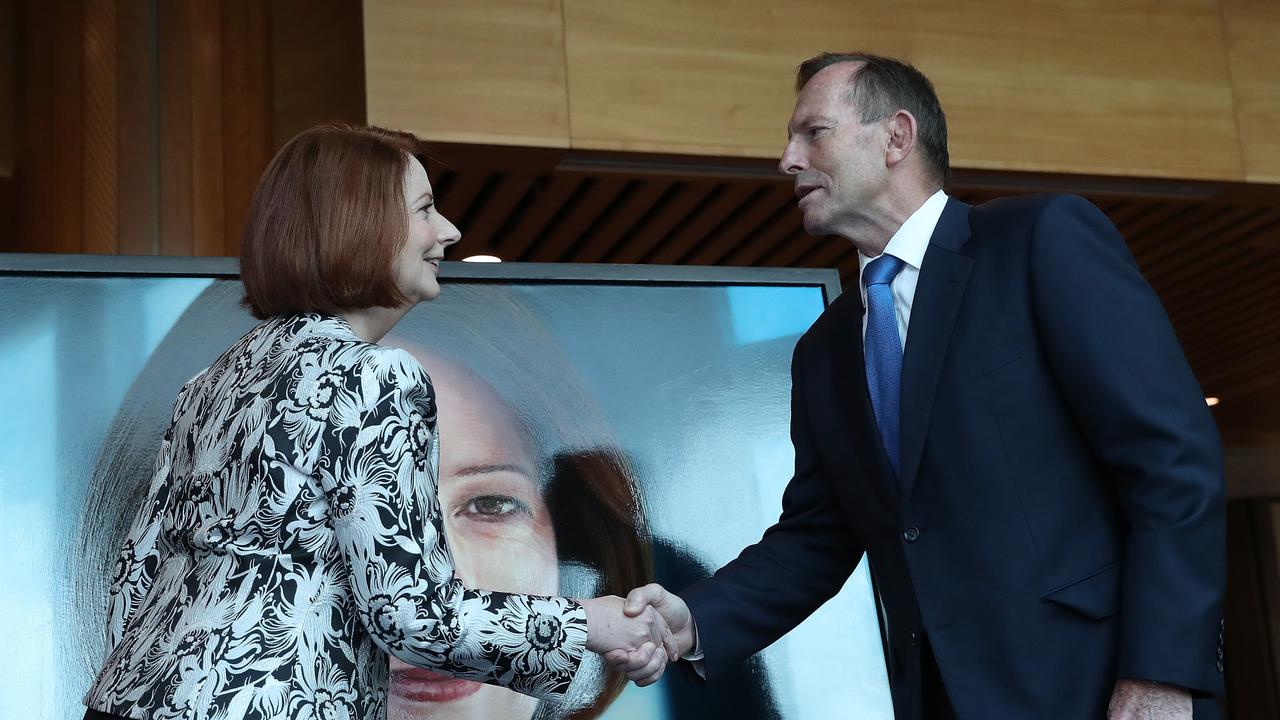 Former Prime Ministers Julia Gillard and Tony Abbott at the unveiling of a portrait of Ms Gillard at Parliament House, Canberra in 2018. Picture: Kym Smith

VIDEO: Looking back at the biggest news of the decade

Love and fun rule at the Royal wedding

What is cryptocurrency and how does it work?

CLASSROOM ACTIVITIES
1. If it wasn’t for Google
Google as an internet search engine began in the late 1990s just over 20 years ago. It, along with other search engines, has become a very useful tool to find information quickly. However, before people had easy access to the internet, on tablets, phones, computers etc, they were still able to find out information.

For example: Newspapers – Advantages – Published regularly, up-to-date news, covers a variety of issues. Disadvantages – Only has information that is topical at the time, the information you need won’t necessarily be there.

In your final row, fill in an entry for Google listing its advantages and disadvantages compared with other sources of information.

2. Extension
What do you use Google (or another search engine) for?

Take a poll of your class to find out what the last five things they used Google for. When you have finished, analyse this data. Are there any common things emerging? If possible, represent the data in a graph. You can choose the type of graph that suits your data. You may need to use themes rather than individual topics searched when graphing your data. (For example, rather than individual names you might organise your data into ‘Sportspeople’ ‘Musicians’ ‘Politicians’ etc. How does your data compare to the data in the article? Were there any similarities or significant differences?

VCOP ACTIVITY
Google for Research
Imagine you are doing a research project on one of the topics that the article lists as being popular for people to search on Google. Pick a category or person from the article to research and come up with 5 key questions you could type into Google to see what answers you get.

HAVE YOUR SAY: What search term do you think would have been most common at your school or in your class this year?
No one-word answers. Use full sentences to explain your thinking. No comments will be published until approved by editors.