Scientists discover humans may have been living in Australia for 120,000 years An undated image of central Australian Aboriginals. Scientists now believe the first humans could have lived in Australia about 120,000 years ago.

Humans may have been living in Australia 120,000 years ago — more than 50,000 years longer than previously thought, scientists have discovered.

A scientific and archaeological* team has spent a decade identifying unusual, organised shell deposits* and burnt stones indicating possible human activity at the Moyjil site near Warrnambool in south-west Victoria.

Researchers believe the site could contain “middens” created by Aboriginal people during the period known as the last interglacial age*, 115,000 to 130,000 years ago. Middens are

distinct concentrations of shell that contain evidence of past Aboriginal hunting, gathering and cooking. 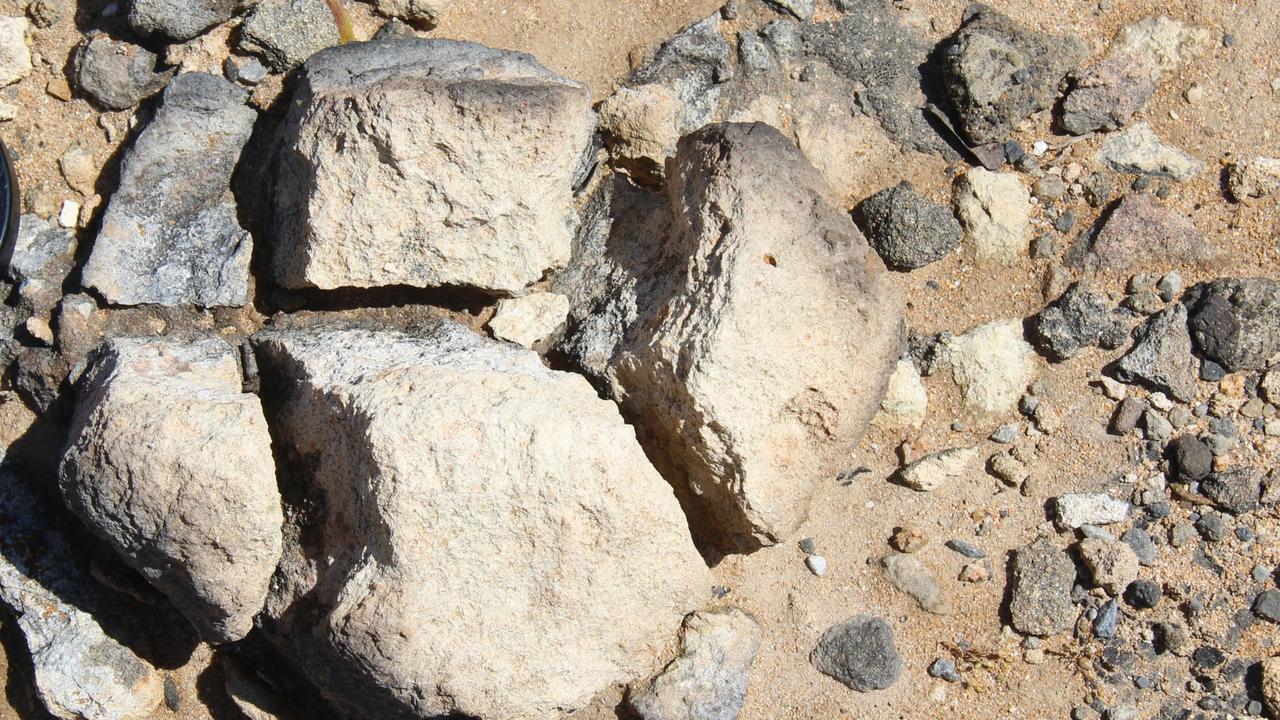 Moyjil research has discovered a blackened stone, which scientists believe has been fractured by heat making it a possible hearth stone from a fireplace.

The findings are compelling* but not yet proven to be true. If proven, the discovery would rewrite ancient indigenous history and re-set what is known about humans moving from Africa to live in other parts of the world.

“The site contains the remains of shellfish, crabs and fish in cemented sand, together with charcoal, blackened stones and features which resemble fireplaces,” Deakin’s School of Life and Environmental Sciences Dr John Sherwood said. The Moyjil research location at the mouth of the Hopkins River.

“What makes the site so significant is its great age. Dating of the shells, burnt stones and surrounding cemented sands by a variety of methods has established that the deposit was formed about 120,000 years ago.

“That’s about twice the presently accepted age of arrival of people on the Australian continent, based on archaeological evidence.

“A human site of this antiquity*, at the southern edge of the continent, would be of international significance because of its implications* for the movement of modern humans out of Africa.”

The findings are not yet conclusive because man-made stone artefacts or human remains which would provide absolute proof have not been discovered.

Dr Sherwood and his team from Melbourne, Monash and Federation universities and ARC Centre of Excellence, who have worked in partnership with the region’s traditional owners, hope to attract other scientists with technologies which could prove or disprove the early findings, based on organised same-species shell mounds and blackened stones which appear to form hearths*.

CLASSROOM ACTIVITIES
1. What do you wonder?
Write down 3 facts that you have learned from this article. Then think about what more you hope further studies at this site might uncover about each fact. For each one write an open question that would build upon what is known.

Note: An open question is a question that cannot simply be answered with a “yes” or “no”.

2. Extension
Think about and make a list of the type of “man-made stone artefacts” that might be discovered that could conclusively prove that the site was inhabited by humans as the researchers believe. (What types of tools or utensils are needed for survival?)

HAVE YOUR SAY: Tell us what you know about ancient Aboriginal history or customs.
No one-word answers. Use full sentences to explain your thinking. Comments will not show until approved by editors.