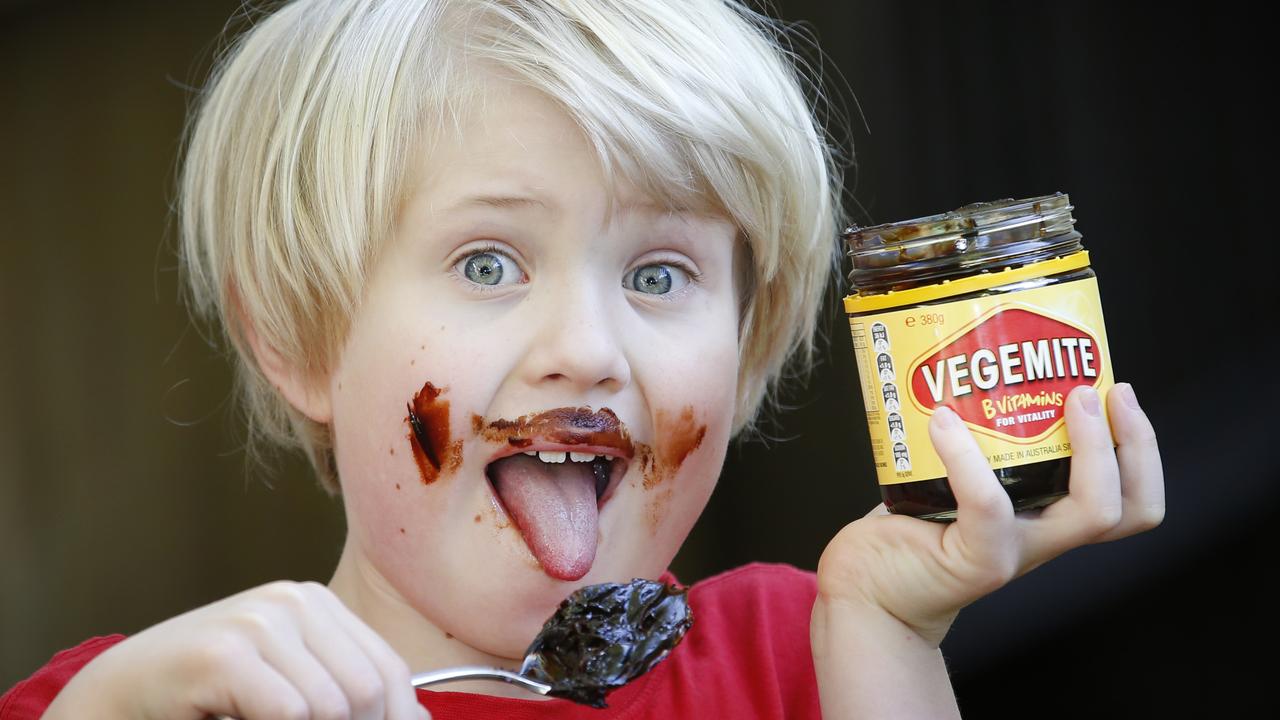 Many Australians, including six-year-old Alex, love the taste of Vegemite, but the smell of the spread being made is also important to the cultural heritage of a Melbourne suburb. Picture: David Caird

The distinctive smell of the iconic spread being made has been recognised as having important heritage value.

Vegemite has been produced in the Melbourne suburb of Port Melbourne since the 1920s, with the former Kraft factory recently given heritage protection.

The City of Melbourne’s heritage consultant and the National Trust wanted the Vegemite smell that emanated* from the factory to be included in a “statement of significance” on the site.

“The smell is an excellent example of intangible* cultural* heritage and allows the purpose of the building to be understood,” said the National Trust’s submission to the City of Melbourne council. 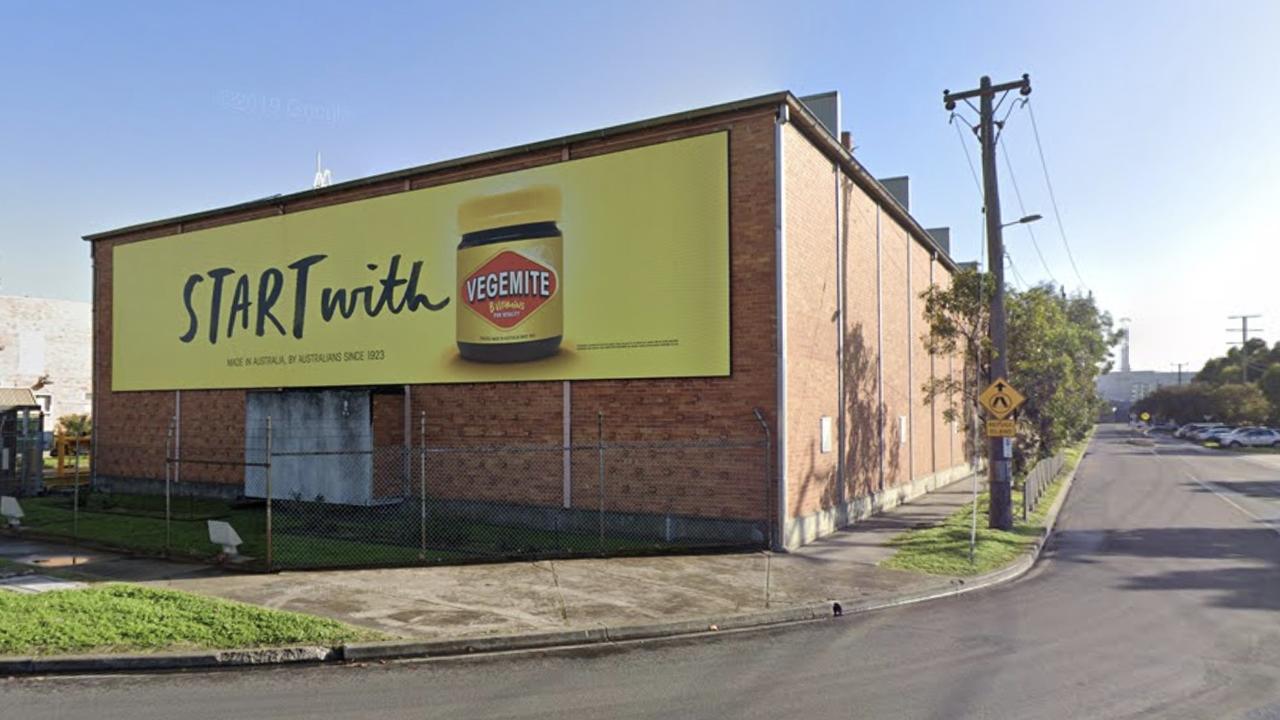 The old Kraft factory in the Fishermans Bend precinct of Port Melbourne.

The council stopped short of officially listing the odour as “significant”, but it did include it in the description of the heritage of the site, which is in a precinct known as Fishermans Bend.

The council said it did not want to officially list the smell as “significant” because it might get in the way of future development of the site.

“While we appreciate the attachment many people have towards the distinctive smell of the beloved spread that emanates from the Fishermans Bend factory, it is not considered appropriate to tie a smell to the ongoing use of the land,” said the City of Melbourne’s Deputy Lord Mayor, Nicholas Reece.

“Vegemite might be the spread that starts the nation, but it shouldn’t be the smell that stops the future development of Fishermans Bend.

“We do acknowledge the distinctive smell as a recognised part of the site’s history and we hope the site continues to be a happy little Vegemite for decades to come.” 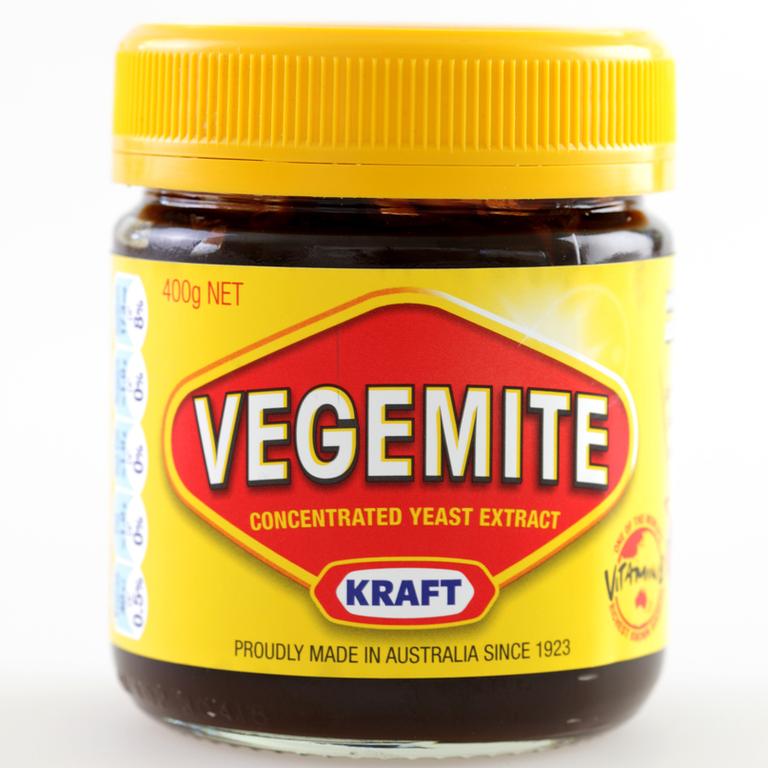 Vegemite has been made in the Melbourne suburb of Port Melbourne since the 1920s.

The historic Fishermans Bend precinct is being transformed in a major Victorian Government project that will see the area house up to 80,000 residents and host tens of thousands of jobs.

National Trust executive manager of advocacy* Felicity Watson said she was glad the “smelly glory” of Vegemite would be acknowledged as part of the broader history of the site.

“Places are not just defined by their buildings or the things we can see – they’re also defined by smells and sounds, which can evoke* strong memories and create connections between people and places,” she said.

“The importance of intangible aspects of cultural heritage such as smell is being recognised internationally through the emerging field of ‘olfactory* heritage’.”

Ms Watson said that in recent years countries such as Japan and France had acted to protect areas of “fragrant scenery” and certain sounds and smells of the countryside.

Vegemite needs you to sing its jingle

Maybe we are happy little Vegemites

CLASSROOM ACTIVITIES
1. Write a Description
“Smelly Glory”. Write a story using this as the title.

2. Extension
If you could choose something in your local area to have heritage protection, what would it be? Name and describe it. Write reasons why you think it is an important part of your area’s heritage and why it should be protected.