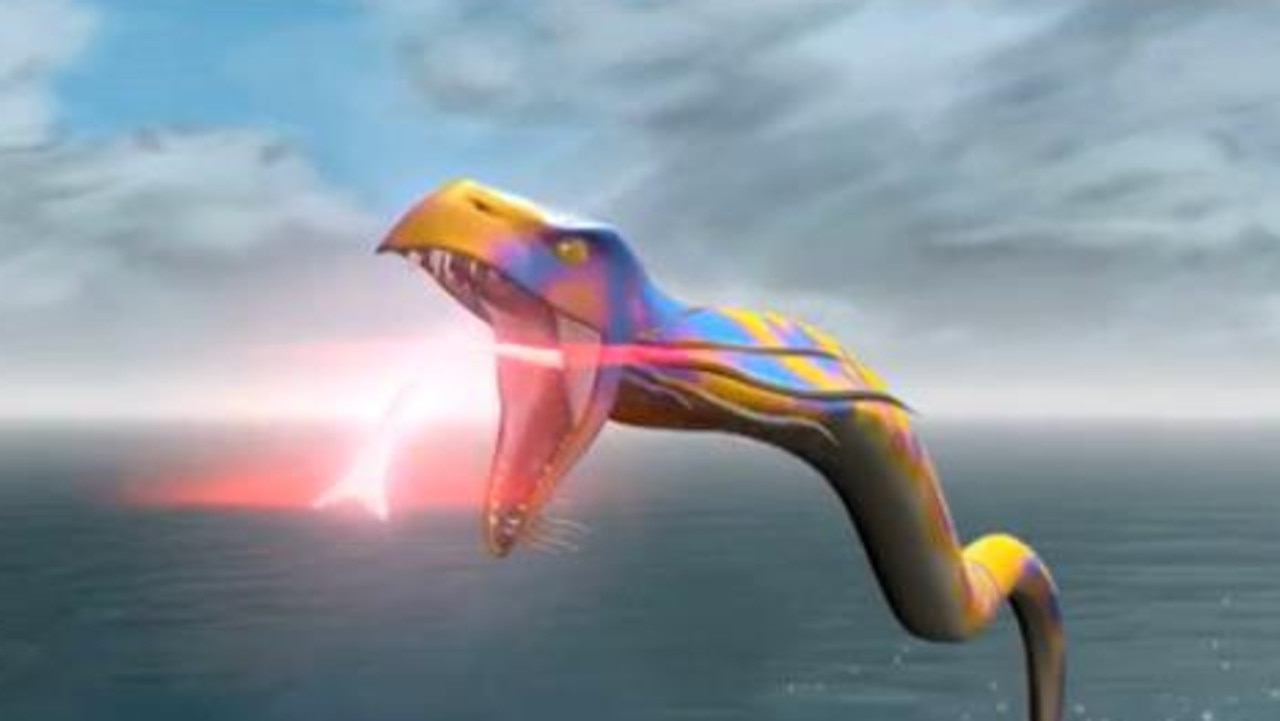 The tongue of the Rainbow Serpent flashes like lightning in this still from the animation of The Dreamings from the Saltwater Country. Picture: Wununguru Awara/Monash University

Animators are bringing extinct and endangered indigenous languages from across Australia to life.

The 3D animations are part of Monash University’s Wunungu Awara project, which has already made 17 films telling stories from all over the country in their traditional languages. There are, for instance, Dreaming stories about how people found fire in the language of the Taungurung of Victoria, of how the brolga came to Yanyuwa country around Booroloola in the Northern Territory and created lakes and lagoons, and an animated reconstruction of the massive double outrigger canoes used by Torres Strait Islander communities.

VIDEO: Part of The Dreamings from the Saltwater Country animation

The Dreamings from the Saltwater Country

Project manager Fred Leone said the work was important “because without language, the culture ceases to exist”.

“Language preservation*, cultural maintenance and language revitalisation* is a really important factor in indigenous people being able to retain* the language, which is rapidly disappearing.” This still was taken from the 3D animation for the Wilingarra community.

Estimates of the number of indigenous languages before European settlement in Australia vary, but more than 250 languages is a generally accepted number.

There were also many hundreds of dialects — regional variations — of these languages.

Only around 120 are still spoken and about 90 per cent of these are endangered, according to the Australian Government Department of Communication and the Arts. The Wunungu Awara program started in 2011 when founder, Monash University Associate Professor John Bradley, who had spent about 30 years in Yanyuwa country, spoke to elders and discovered they wanted a way to preserve the language and pass it on to the next generation in a way that was interactive for young people.

The animations are part entertainment, part educational tool and are a way of attracting interest in the languages and cultures.

Mr Leone said the process was community driven and the community gets the final sign-off on the animations, most of which run for between two to five minutes.

“Once finished, the copyright* and intellectual property* rights remain within the community,” he said.

“People from the outside world can reference the stories and languages on our website, but communities use it internally as language preservation tools, as teaching tools.

“If a song or story is disappearing, the community is able to hold on to that knowledge and pass it on.”

There are more animations planned after a boost in funding* from the Alan and Elizabeth Finkel Foundation.

You can see all the animations at arts.monash.edu/monash-indigenous-studies/wunungu-awara/animations 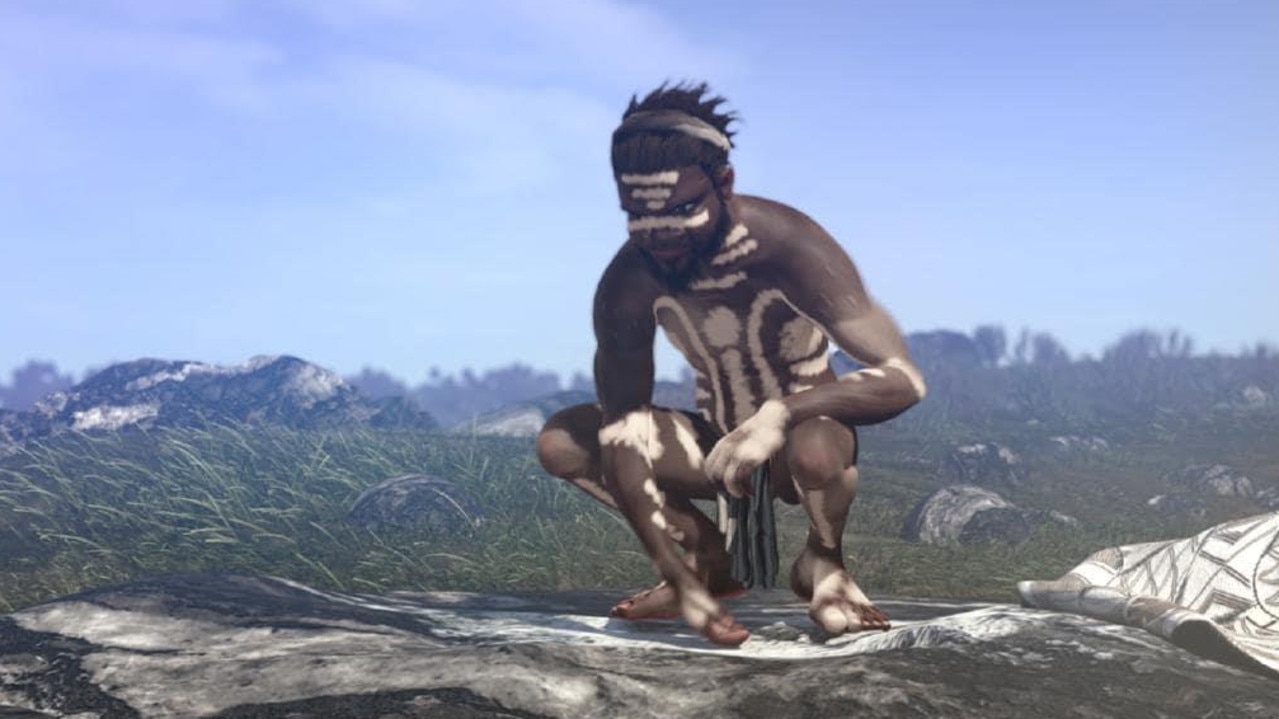 An example of some of the imagery used in the 3D animations.

New 50c coin is unique in any language

What is International Mother Language Day

Cook’s Endeavour a vehicle for reflection

Draw a picture that depicts all the animals mentioned in the song. Label your picture with what the song tells us the animals are doing. (For example, the Rainbow Serpent’s tongue can be seen flashing like lightning.)

2. Extension
Discuss with a partner why it is important to maintain the traditional languages and cultures of our first people both for Aboriginal and Torres Strait Islanders and non-indigenous Australians.

Use an indigenous map of Australia (that shows how it was divided by the traditional owners) to find out where Yanyuwa country is.

Next locate the area of Australia where you currently live. What is the name of the indigenous tribe that lived or continues to live in this part of Australia.

Find out 5 interesting things about this indigenous group.

HAVE YOUR SAY: Is it important to you to preserve indigenous languages? Why or why not?
No one-word answers. Use full sentences to explain your thinking. No comments will be published until approved by editors.