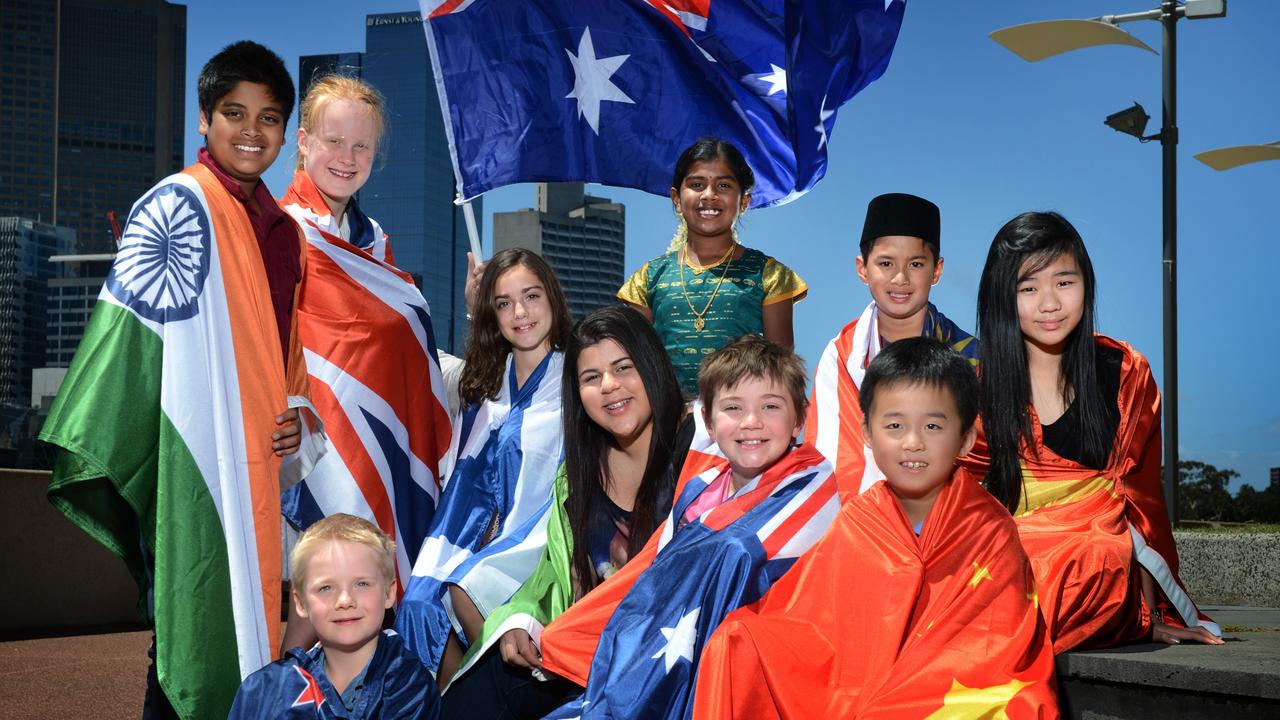 Australia has experienced its first plunge in its migrant* population for 20 years after the pandemic played havoc* with the global movement of people.

Those born in England remained the nation’s No.1 migrant community in 2021 with 967,390 people, about 13,000 fewer than the previous year, according to a new Australian Bureau of Statistics report.

The report, Australia’s Population by Country of Birth, revealed 7.5 million Australians were born overseas as of June 30, 2021, down from 7.7 million a year earlier. Chinese-born residents make up Australia’s third biggest group of migrants and have had an influence on our society, including here in Melbourne’s China Town in Little Bourke Street. Picture: Getty Images

ABS head of migration statistics Jenny Dobak said despite the decrease in the overseas-born cohort*, Australia’s population increased by 45,000 in 2020-21 due to birth numbers.

“The decrease reflected reduced overseas migration* in and out of Australia, given the Covid-19 travel restrictions,” Ms Dobak said.

“The travel and migration intentions of many people changed due to the pandemic, including those migrating to work or study. Travel restrictions during the Covid-19 pandemic led to a reduction in the number of people moving to Australia to live. Picture: Getty Images

The report showed that in 2020 Australia ranked ninth internationally for our total number of migrants. We ranked 10th in 2010. Migration to Australia is expected to rise steadily over the next few years now that our international borders are again open. Here people arrive at the international terminal at Melbourne Airport after the borders were reopened to students and skilled workers in December 2021. Picture: David Geraghty

With borders open, net* overseas migration to Australia is expected to rise steadily over the next few years with the federal government forecasting about 230,000 migrants a year – akin* to pre-pandemic levels – by 2025.

Big business groups, including the property and development industry, want migrant intakes increased to cover the shortfall in population growth caused by the pandemic.

“We might have some hope of achieving our emission reduction targets* if we did not have a constantly growing population,” she said, describing pre-pandemic levels of immigration* as “excessive*”.

What is the Census all about?

Australians having fewer babies than ever

CLASSROOM ACTIVITIES
1. Graphing
Create a bar graph that shows the number of migrants living in Australia in 2021 from the 12 different countries whose data is provided within this news story.

Display the countries in order from the highest number of migrants to the lowest. Be sure to include a title and to label your graph.

2. Extension
Brainstorm a list of all of the reasons why you think Australia is a desirable destination for migrants.

VCOP ACTIVITY
Creative vocabulary
Find a bland sentence from the article to up-level. Can you add more detail and description? Can you replace any “said” words with more specific synonyms?

Have you outdone yourself and used some really great vocabulary throughout your writing? Firstly, well done. Secondly, let’s ensure everyone can understand it by adding a glossary of terms.

Pick three of your wow words and create a glossary for each word to explain what it means.