Jess Shrimpton, 15, club captain Terry Shrimpton, and Remme Mason, 15, have been recognised for their brave rescue of a struggling kayaker. Picture: Wayne Taylor

Two teen lifesavers have been applauded for a brave off-duty rescue which saved the life of a kayaker.

Remme Mason and Jess Shrimpton, both 15, were paddling at Mills Beach on Victoria’s Mornington Peninsula when they noticed a floating object about 400m offshore.

Mornington Life Saving Club captain and Jess’ father, Terry Shrimpton, monitored the object with binoculars, while the two lifesavers paddled out to investigate.

They discovered a man aged in his 20s desperately clinging to a kayak that had capsized* and was drifting in the water.

“We heard the whistle of a life jacket and then saw a dark figure in the water,” Remme said.

“The man’s kayak had capsized and he was holding on to it to keep it afloat. We paddled with him and made sure he didn’t go under.

“It was just lucky we were there. He was quite relieved to see us.”

The man had hypothermia* when he returned to shore and was treated by paramedics.

“It was surreal*, you are just in the moment and your immediate thoughts are trying to help the person,” Remme said.

“Everything was chaotic but we stayed calm.”

Jess said she was surprised by the real-life emergency in September but years of lifesaving training kicked in.

“It’s not very common, we are all trained but we have never had an opportunity to do a rescue like that,” she said. 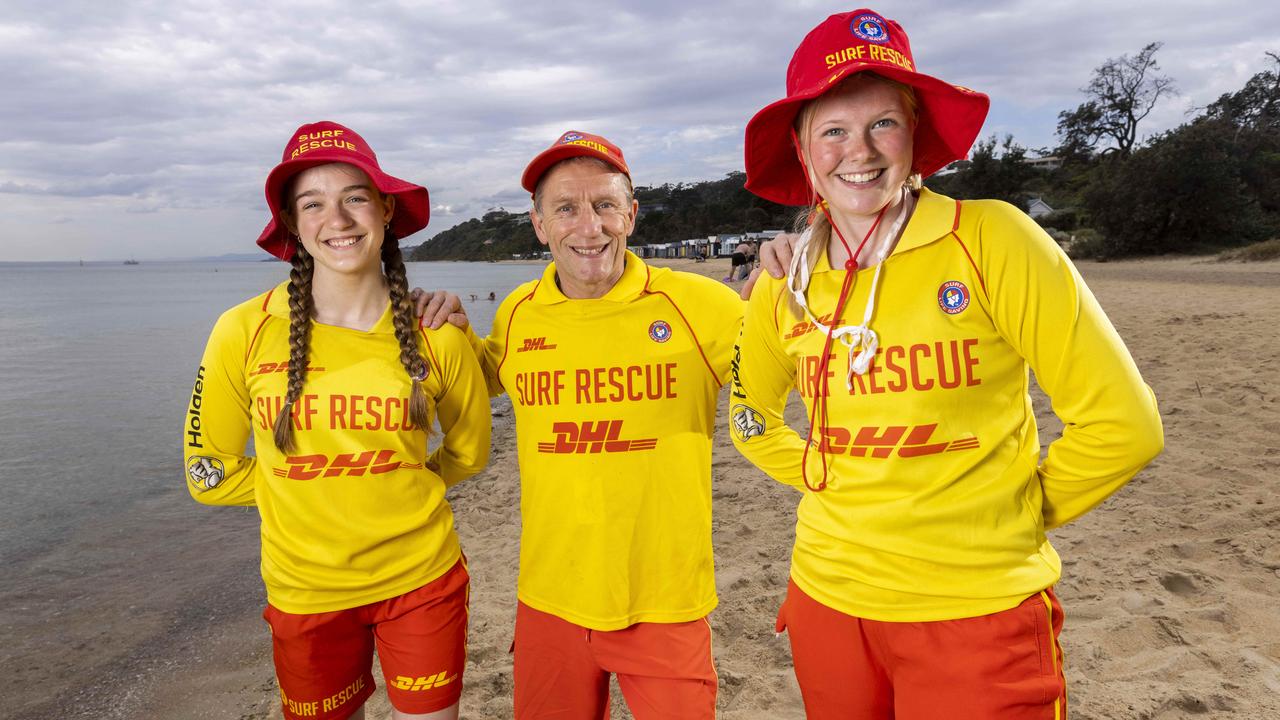 Club captain Terry Shrimpton said he was very proud of Jess (left) and Remme (right) who paddled out to the struggling kayaker and helped him to safety. Picture: Wayne Taylor

Her dad, Terry, 58, said he was “extremely proud” of the girls’ efforts.

“It is great to see them demonstrate their skills,” Mr Shrimpton said.

“I am extremely proud as a father and also as the patrol captain, we can rely on them to do the right thing when it is needed.

“It was a textbook rescue*, they are two very impressive young lifesavers who did everything by the book to ensure their own safety and the safety of the patient.”

Remme, Jess and her dad have been recognised by Life Saving Victoria as Everyday Lifesavers for their outstanding rescue. 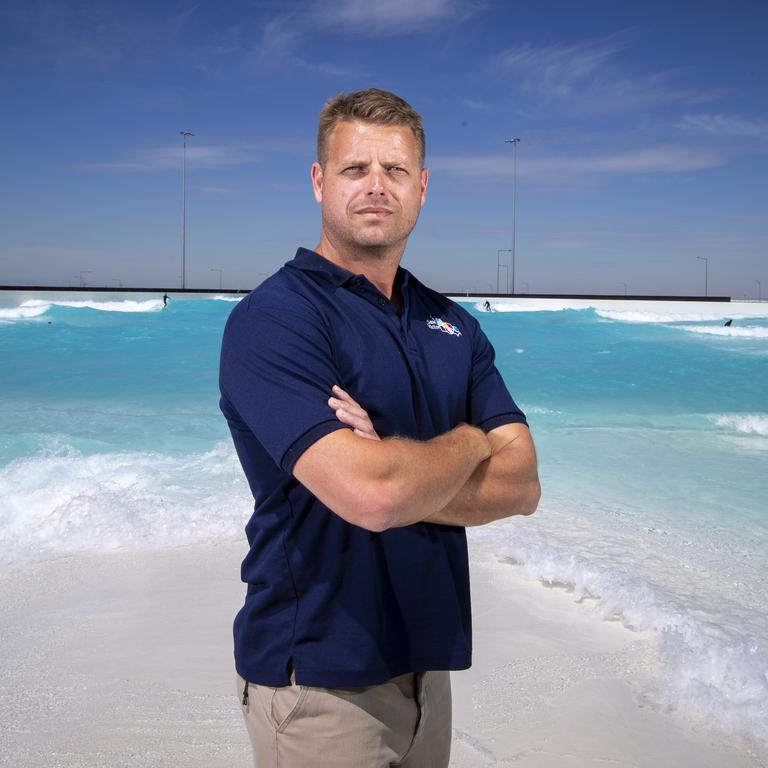 “We are particularly impressed by our young lifesavers, who were in the right place at the right time, with the right equipment to perform this rescue and get the man to safety without putting themselves or any members of the public in danger,” he said.

“We are grateful for their bravery and quick thinking.

“We remind the public that you should only rescue someone struggling in the water if you are a qualified lifeguard or lifesaver and have appropriate safety equipment on hand.

“The last thing we want to see is someone who is trying to help get themselves into trouble, or worse.”

CLASSROOM ACTIVITIES
1. Storyboard
Draw and caption a storyboard to show how the rescue described in this news story unfolded. The parts should be in sequence and each important event should have its own frame.

2. Extension
Make a list of things beach users can do to make their visit as safe as possible.

VCOP ACTIVITY
Imaginative Dialogue
Imagine you were there during the event being discussed in the article, or for the interview.

Create a conversation between two characters from the article. (You may need, or want, to include yourself as one of the characters). Don’t forget to try to use facts and details from the article to help make your dialogue as realistic as possible.