Chinese families can now include up to three children after the Chinese government changed its two-child policy to address the problem of the country’s ageing population.

China’s ageing population is behind the announcement that the country’s two-child policy has been lifted to allow married Chinese couples to have up to three children.

The major move away from the existing limit of two came after recent data showed a dramatic decline in births in the world’s most populous* country.

Beijing scrapped its decades-old one-child policy in 2016, replacing it with a two-child limit to try and limit risks to its economy from a rapidly ageing population. But the concession* didn’t bring a big surge in births, likely due to the ongoing challenge of the high cost of raising children in Chinese cities. 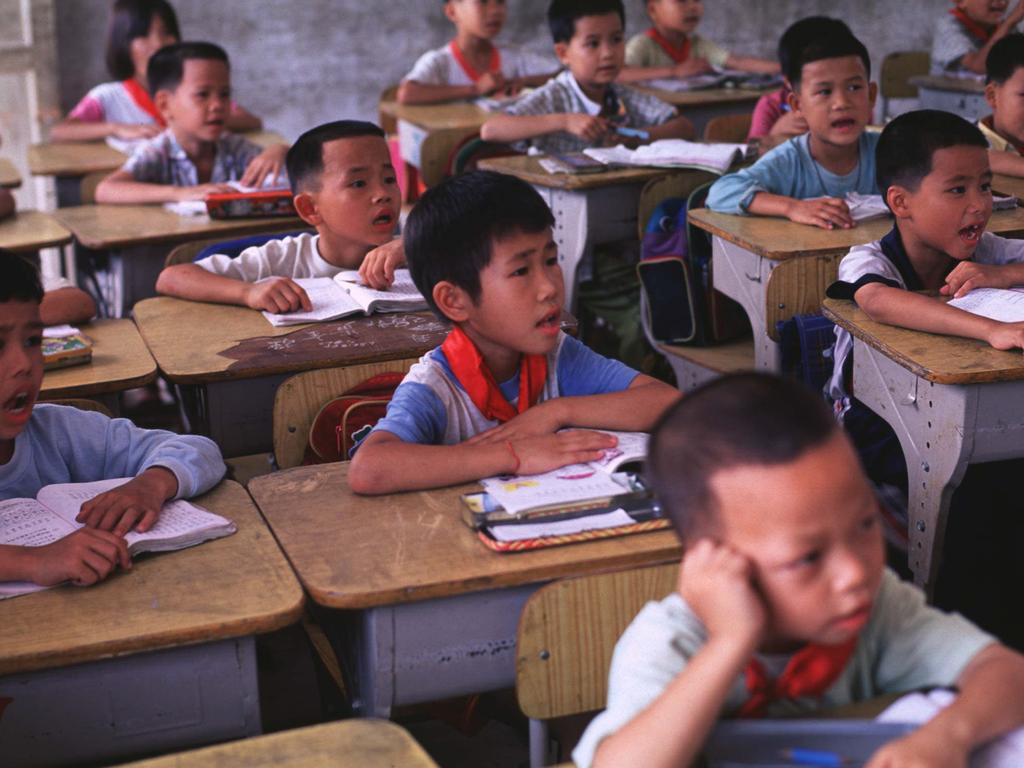 More boys than girls were common in classrooms under the strict one-child policy, with boys outnumbering girls by about 117 boys to 100 girls in some areas. Picture: Sinopix.

The policy change will come with “supportive measures, which will be conducive* to improving our country’s population structure, fulfilling the country’s strategy of actively coping with an ageing population”, the official Xinhua news agency said following a meeting chaired by President Xi Jinping.

Among such measures, China will lower educational costs for families, step up tax and housing support, guarantee the legal interests of working women and clamp down on ‘sky-high’ dowries*, it said, without giving specifics. It would also look to educate young people ‘on marriage and love’.

The child cap was originally intended to prevent a population explosion, but the policy reversal suggests people might need incentives* to have any children at all, more than a state-imposed limit on how large their family can be. 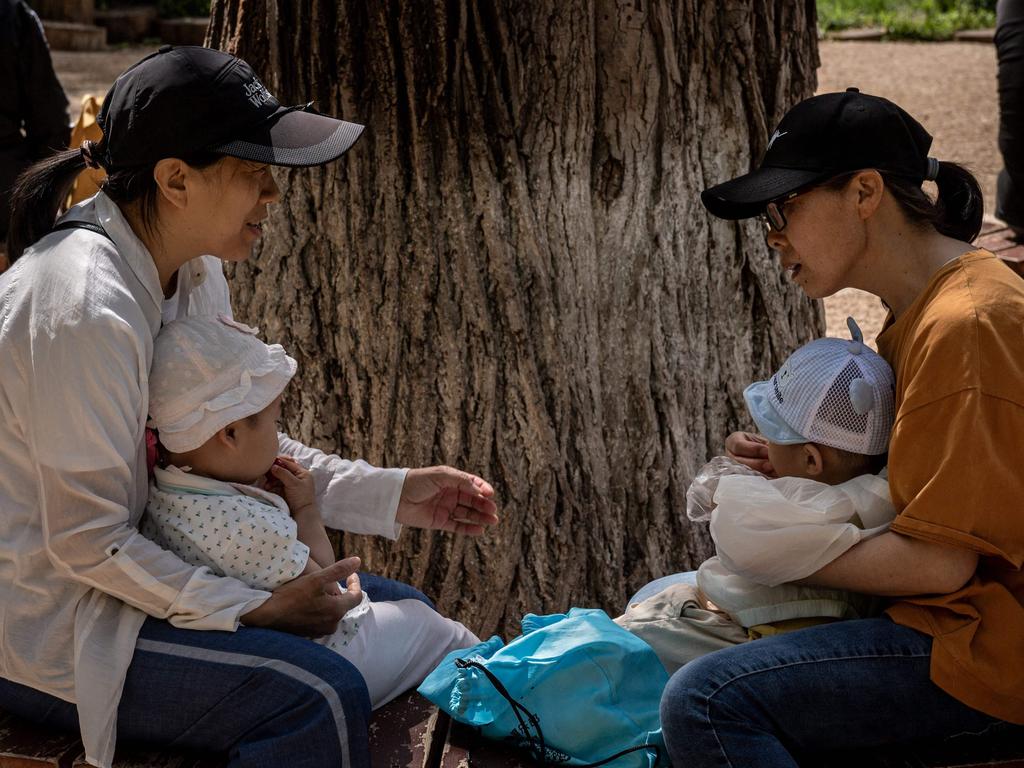 Two women with babies sit in a park in Beijing. Picture: Nicolas Asfouri/AFP.

“People are held back not by the two-children limit, but by the incredibly high costs of raising children in today’s China. Housing, extra-curricular activities, food, trips, and everything else add up quickly,” Yifei Li, a sociologist at NYU Shanghai, told Reuters.

There are other societal and cultural considerations as well. Zhang Xinyu, a 30-year-old mother of one from Zhengzhou, the capital of Henan province, said one problem was that women carried most of the responsibility for raising children.

“If men could do more to raise the child, or if families could give more consideration for women who had just had children, actually a lot of women would be able to have a second child,” she told Reuters.

“But thinking of the big picture, realistically, I don’t want to have a second child. And a third is even more impossible.”

“This is without a doubt a step in the right direction, but still it’s a bit timid*,” Shuang Ding, chief economist at Standard Chartered in Hong Kong, told Reuters.

“A fully liberalised* birth policy should have been implemented at least five years ago, but it’s too late now, although it’s better late than never,” he said. Fines of 130,000 yuan ($AUD26,248.85) were being imposed on people for having a third child as late as last year, according to a government notice in the city of Weihai.

A study published earlier this year by academics from Zhejiang University and Beijing Normal University found the two-child policy encouraged wealthier couples who already had a child and were ‘less sensitive to child-rearing costs’, while driving up the costs of child care and education and discouraging first-time parents.

Su Meizhen, a human resources manager in Beijing, said she was “super happy” to be pregnant with her third child.

Aussie are living longer as boys close gap on girls

Take a virtual tour around the world

What is the new child limit for married Chinese couples?

When did the one-child policy change to two-children and why?

What supportive measures will be put in place to encourage couples to have more children?

What is currently holding back people from having more children?

Why doesn’t Zhang Xinyu, the 30-year-old mother of one child from Zhengzhou, want more children?

CLASSROOM ACTIVITIES
1. Sum it up
In three sentences, explain how China’s policy on the number of children couples are allowed to have has changed over time and the reasons for this. Structure your response as follows:

2. Extension
Do you think that regulating how many children people can have is fair? Write a paragraph to explain the reasoning behind your opinion.

VCOP ACTIVITY
Two’s company, but is three really a crowd?
The Chinese government is trying to boost the numbers of the younger generation in China. Write a letter to the Chinese people convincing them why three kids are better than two … or are they? You decide and try to convince the Chinese families of the same.

Use emotive and persuasive language to help with your arguments.

Don’t forget to up-level with your VCOP.