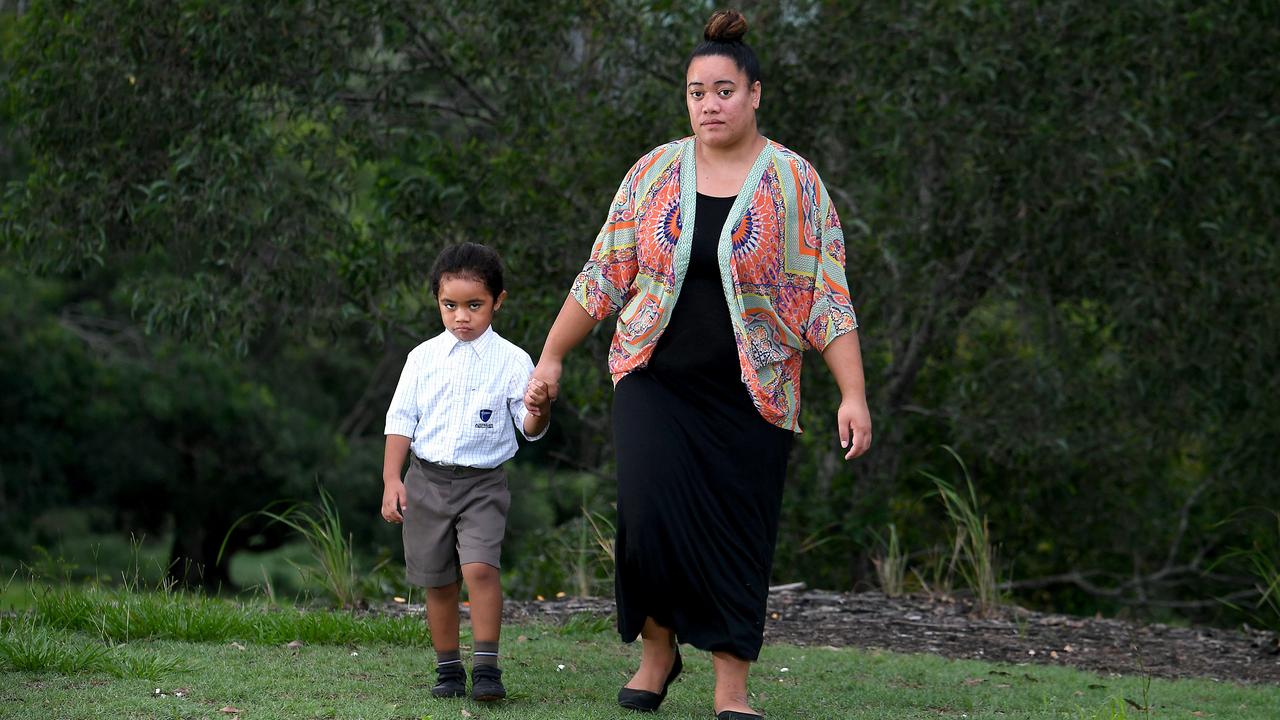 A Queensland boy could be being discriminated* against because he’s being told to cut his long hair for school.

But the school’s uniform policy states boys’ hair must be above the collar and ponytails and buns are not permitted. His family is considering taking their fight to the Queensland Human Rights Commission* because keeping the hair long is a traditional custom in their Cook Islands and Niuean cultures.

Queensland Human Rights Commission spokeswoman Kate Marsh said they would try to resolve the issue if a complaint was made. The Queensland Anti-Discrimination Act prevents discrimination on the basis of race at all educational institutions, including non-government schools.

The commission has warned the school’s uniform policy could be in breach* of the law, which prohibits indirect racial discrimination. In Cook Island culture, cutting a boy’s hair for the first time is a cultural rite of passage*. Cyrus Taniela’s family want to wait until he is seven. Wendy Taniela said both her and her husband’s cultures – Cook Islands and Niuean – had hair cutting ceremonies.

“For us, we decided that it would be when Cyrus turned seven that we would cut his hair,” she told Redcliffe and Bayside Herald.

“We thought he’ll have finished kindy and be able to understand what is happening.

“Traditionally, (on the Cook Islands) it (boy’s hair) is lovingly cared for by the boy’s aunts and all the women and then there is a ceremony to cut his hair and traditionally the whole village celebrates.”

Family in New South Wales, Queensland, Samoa, Niue and the Cook Islands, are saving to come over for the ceremony in Sydney. More than 100 family members are expected.

Mrs Taniela told Cook Islands Newsshe had met with the principal who asked them to bring the ceremony forward.

“But this is a big cost, and we have other family commitments,” she said.

Mrs Taniela said it was a family tradition to tie his hair in the morning.

“I spend more time on my son’s hair than on my daughter’s, because he’s inherited the waves,” she told Cook Islands News. “Since last week, I have braided it and tucked it up, above his collar. It is a fiddle. It takes me five minutes every morning, 10 minutes if he doesn’t sit still.” 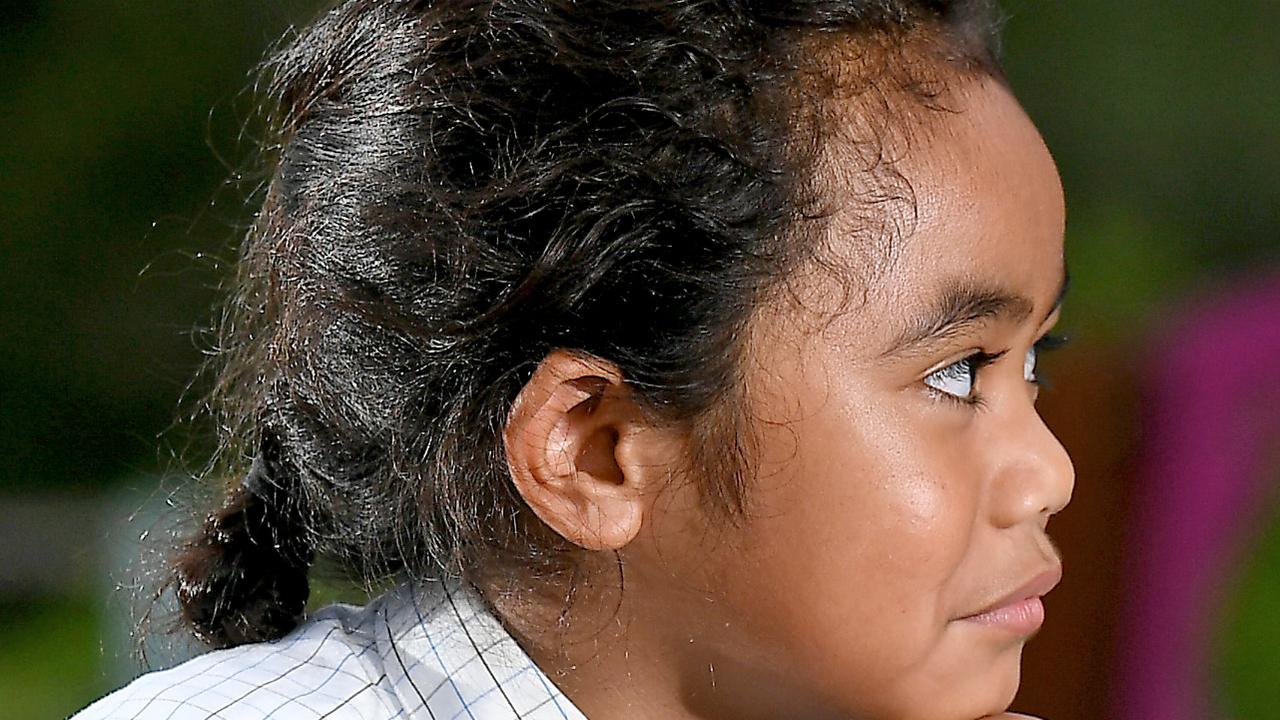 Wendy Taniela has been braiding Cryrus’ hair and tucked it up into a bun but this is still against school rules. Picture: AAP

The school is the same one Cyrus’ older sister Jaylia-Anna has been at for two years.

Principal Gary Underwood has posted a statement on the school’s Facebook page, saying he had spent time in the Cook Islands and was “an enthusiastic supporter of Islander people and their customs”.

“He understands that cultural customs and respecting authority is also of huge importance and value to Pacific Islanders,” the statement said.

“Respecting the College’s policies*, procedures* and guidelines* allows the College to be consistent* across its many cultural groups.

“Further, to be consistent across all of the student body, all students are to conform* to the board approved policies, procedures and guidelines which includes – ‘Boys’ hair is to be neat, tidy, above the collar and must not hang over the face. Extreme styles, ponytails and buns are not permitted’.”

Shorts and pants for Qld girls in school

CLASSROOM ACTIVITIES
1. Who is right?
Who do you think is right – the school or Cyrus’ family? Write a paragraph explaining your opinion. Give examples and reasons to make your writing as persuasive as possible.

2. Extension
Cyrus’ school has a set of rules about uniform. If you were in charge of your school, what rules would you make? Your rules can be about anything that you think is important. For each rule, write a sentence explaining why you think your school needs it.

HAVE YOUR SAY: Should Cyrus have to cut his hair?
No one-word answers. Use full sentences to explain your thinking. No comments will be published until approved by editors.