All the action of the great Aussie penguin race A famous UK sports commentator in lockdown at home has narrated Phillip ­Island’s penguin parade 17,000km away to make up for the lack of live events.

The penguins’ daily waddle to their burrows on the Victorian ­island has become the latest event to be narrated* by BBC commentator Andrew Cotter, after he commentated on the ­antics* of his labradors Olive and Mabel, which went viral online.

“I knew all about the penguins of Phillip Island before this and have visited Melbourne and the Great Ocean Road or Mornington Peninsula every year for the past 15 years,” Cotter said.

“I love it all down there so this was a natural fit.”

The daily parade of penguins, which waddle from the shoreline to their burrows, attracts thousands of visitors to Phillip Island Nature Park every year.

“The penguins are quite comfortable in front of an audience as they are used to doing their nightly waddle in front of visitors at the penguin parade, but this kind of global recognition* goes above and beyond,” she said.

“The penguins never fail to ­entertain with their antics, and Andrew’s wonderful wit* has captured this beautifully.”

This is the smallest species of penguin. Fully grown little penguins stand about 30cm tall. Like most penguins, little penguins are diurnal, which means they are active in the day and sleep at night.

While they are breeding and rearing chicks, penguins leave their burrows in the sand dunes at sunrise to swim in the ocean and hunt for food for the day, returning to their burrow as it gets dark. 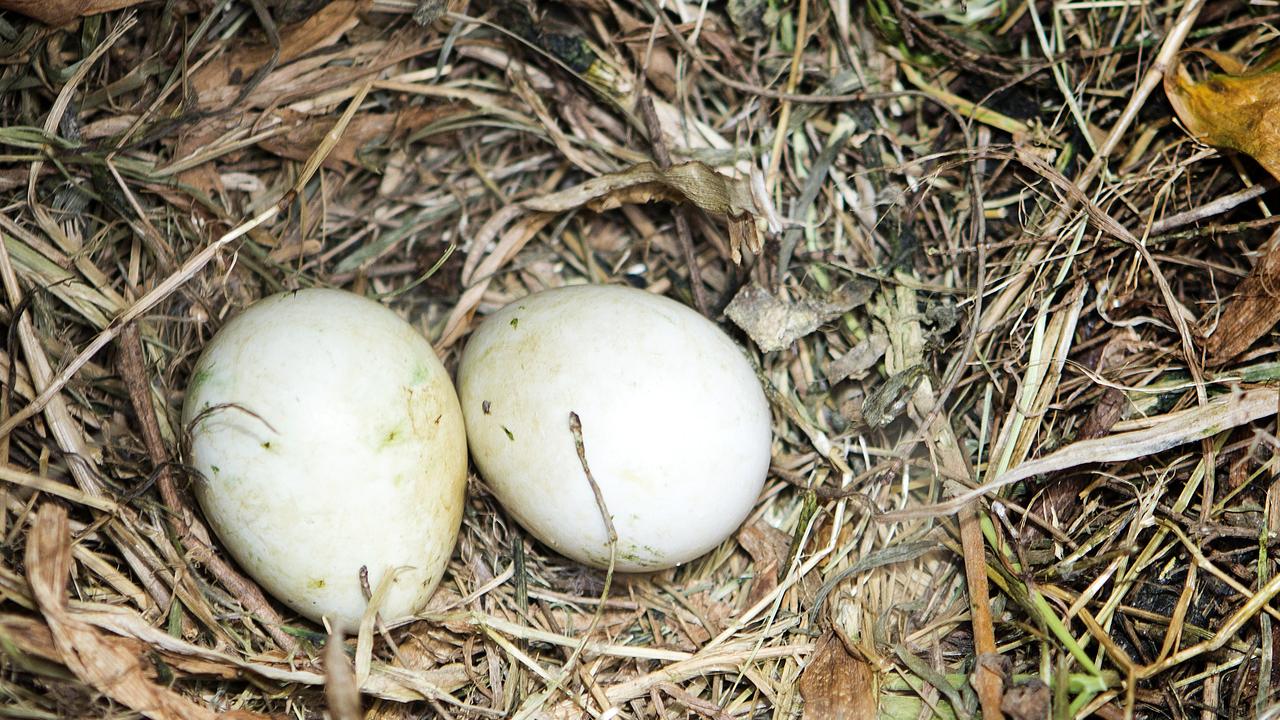 Penguin eggs at Phillip Island. Little penguins always lay two eggs, which take 35 days to hatch. Chicks are typically aged 8-11 weeks when they have waterproof adult feathers and are ready to head to sea for the first time. Photo: Chris Scott

Counting penguins and trying not to get blown away

Virtual safari into the wild, from home

CLASSROOM ACTIVITIES
1. Commentating Animal Antics
Commentating the antics of animals involves creativity and a sense of fun. Andrew Cotter has done a brilliant job of finding the funny antics of these penguins and incorporating them into the scenario that the penguins were in a race to get to their burrows. Watch the video several times so you get an idea of all the things that are going on.

Try and think of another reason that these penguins are racing up the shore and do your own commentary of the video accordingly.

To commentate your own version of this footage, watch the video with the sound down. Watch it several times and note down things that might sound funny in the scenario you have chosen. Place these in the order that they happen in the footage and fill in the rest of the commentary around them to explains the scenario. You should end up with a script. Practice reading your script in time with the video using expression to make it sound real. If you can, record yourself reading the script and present it to a family member or your class as they watch the footage. Alternatively, you could perform your commentary in time with the footage.

2. Extension
Create a fact file about the little penguin species. Some information can be found in the article and some you might need to do some more research for. Include the following information: