Trent Cucchiarelli at home in Adelaide, South Australia, with some of his toys. Picture: Nick Clayton

Lego Masters is over for another year, but one contestant still gets to play with lots of toys.

Adelaide’s Trent Cucchiarelli, who claimed third place with partner Josh in the 2020 season finale*, has a spare room that looks like a toy shop.

Trent has been collecting action figures, vehicles and play sets for more than 20 years and has a 6m x 4.8m toy room.

“It’s jam-packed and overflows into the garage and a few cupboards around the house,” said Trent. The accountant*-turned-fantasy fiction writer, and father of two boys, started his collection when Star Wars returned to cinemas with special editions of episodes IV-VI, and Kenner released figures in the mid-1990s.

“Seeing these in the stores reignited my passion for toys and got me interested in looking for vintage* toys I never had as a kid, but always wanted,” he said.

While he’s not precious about retaining* the value of the toys, Trent does like to preserve them in their original packaging.

“The packaging tells a very important part of the history of the toy. Often toys of the 1980s had beautiful painted artwork on the packaging as well as cool graphic designs. If I want to open a toy, I will buy two.” If he wants to take a toy out of its packaging, Trent buys two and keeps one unopened. Picture: Nick Clayton

We asked Trent about Lego Masters, collecting toys and his plans for the future.

WHY DID YOU GO ON LEGO MASTERS?
I watched Lego Masters season 1 and we got the opportunity to interview Bilsy (Adam Bilsborough, a 2019 contestant) on our podcast (called Toy Power Podcast).

He made it sound like so much fun. I thought “I love Lego, I’ve got nothing to lose by applying, even though I probably won’t get on.” 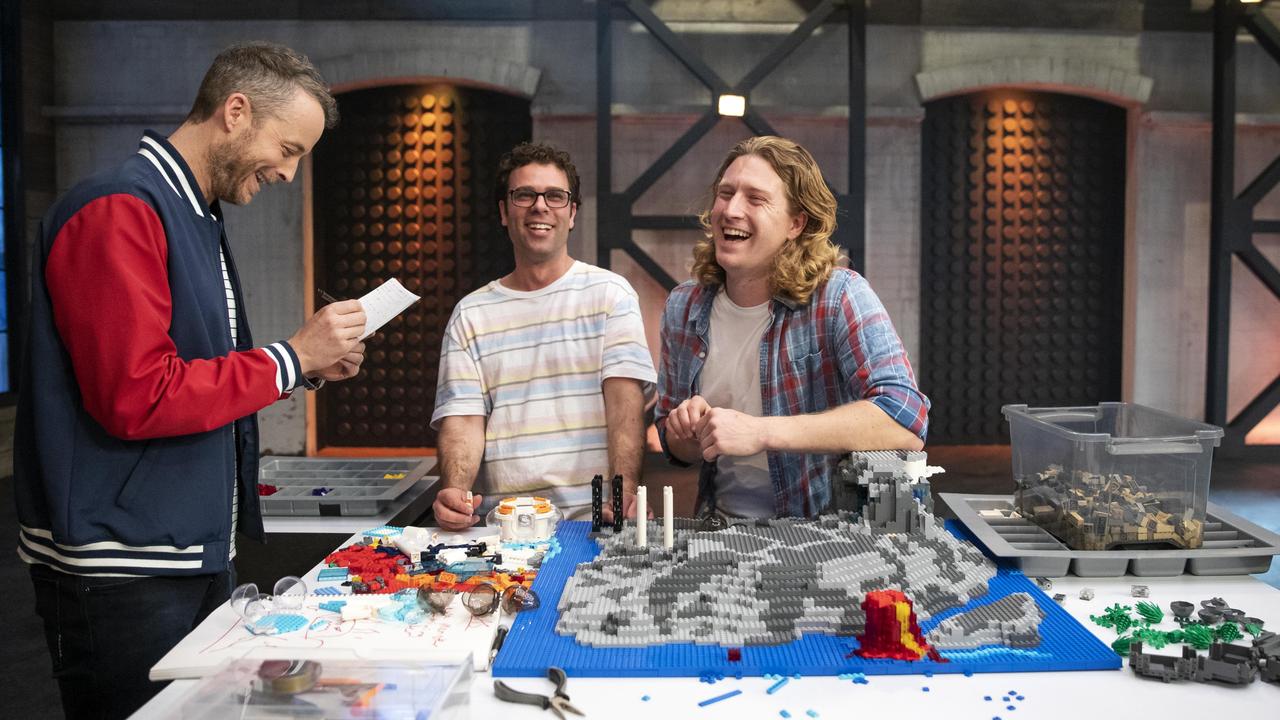 WHICH IS YOUR FAVOURITE TOY?
In 1986 Mattel released its largest and most ambitious playset for its juggernaut* Masters of the Universe toy line.

My research indicates that this toy never got a mainstream retail release in Australia, however, a few stores did stock it for the whopping price of $200. Eternia consisted of three towers, all filled with play features.

But the biggest and best, a working monorail that travelled between the towers and three motorised vehicles! Due to its sheer size, the number of accessories, and its limited release, Eternia is considered a holy grail* for most Masters of the Universe collectors and is my most prized individual item.

The working monorail and lion’s head door (that can eat figures) makes it my favourite.

WHAT ARE YOUR TIPS FOR TOY COLLECTING?
I think the biggest mistake can be trying to buy everything. Take it from me, you can’t.

A great time to collect is a few years after a toy properly loses popularity.

WHAT TOY WOULD YOU LIKE NEXT?
I love what NECA is doing with their Teenage Mutant Ninja Turtles license. They are making toys based on the 1990 movie, and the likenesses are incredible. Their sculptors went and looked at the old costumes to make sure they were as accurate as possible, and these toys look just like the Jim Henson designs from the films. WHAT ELSE DO YOU DO AT HOME?
Writing. I’ve just finished the first book in my epic fantasy trilogy The Dark Epoch, titled Quest for the LightSeeker. It started as a way I could relive my own story inspired by all the wonderful cartoons I grew up watching, but quickly turned into something else. When the characters took on a life of their own, it surprised me.

WHAT ARE YOUR PLANS FOR THE FUTURE?
Open a toy museum to the public so I can share my love of nostalgia* and toys with as many people as possible. One of Trenth’s favourite toys is this lion’s head tower with monorail. Picture: Nick Clayton 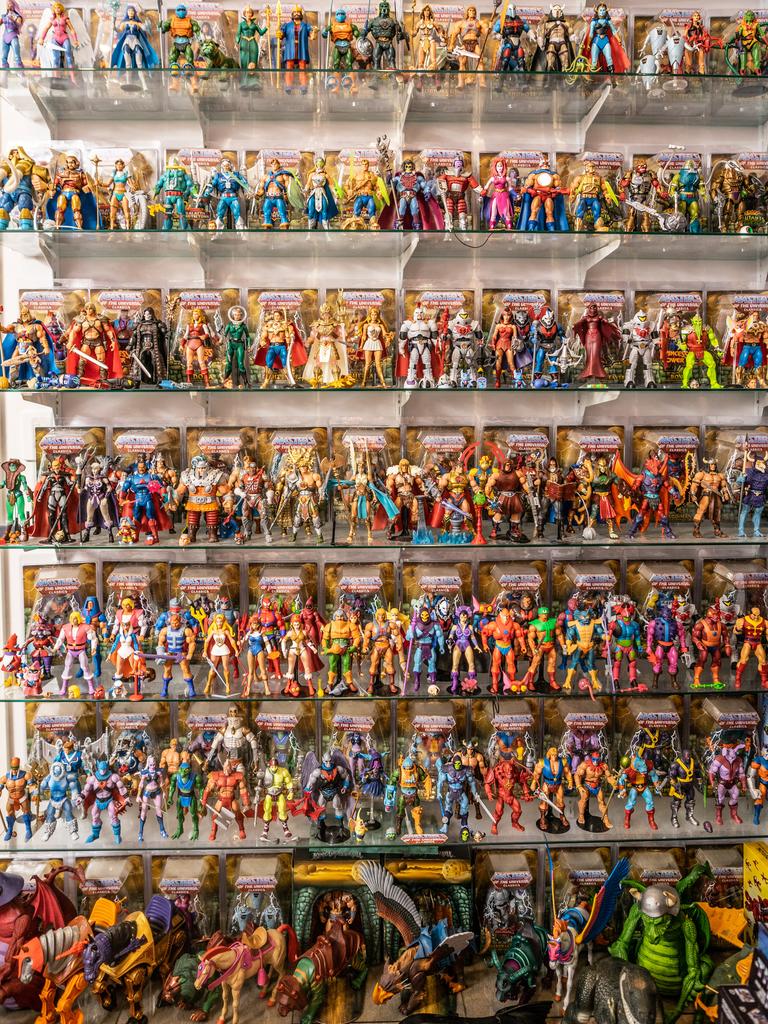 If Trent opens a toy museum, there will be plenty for visitors to see. Picture: Nick Clayton

Sneak peek behind the scenes at Disneyland

Gnarly home has its own skatebowl

CLASSROOM ACTIVITIES
1. Design a Toy
Trent has written a book called Quest for the Lightseeker. What do you think this story could be about? Design action figures or a toy that you think could be part of this story.

2. Extension
“Toys are for Kids, not grown-ups!”

Do you agree or disagree with this? Plan and write a piece of persuasive writing on this topic. Use lots of examples to make it convincing.

Think about toys or items you have at home that you take pride in looking after or trying to complete sets. What would you say you collect?

How many of these things do you have?

If you don’t have a collection, is there anything you would like to collect?

HAVE YOUR SAY: What would you like to collect?
No one-word answers. Use full sentences to explain your thinking. No comments will be published until approved by editors.