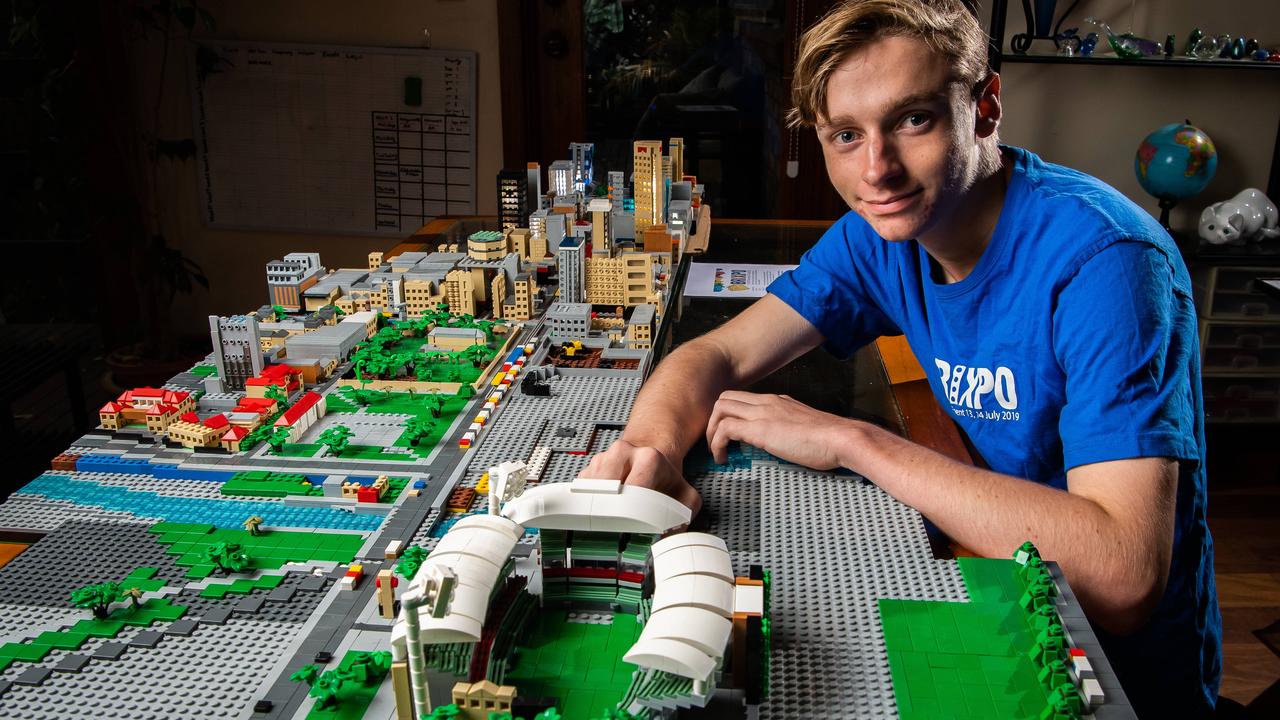 So the Lego whiz kid has taken on the challenge of building a miniature vision of his hometown, Adelaide.

“At the moment it goes from Victoria Square right down to Rundle Mall and it’s being expanded right down to Adelaide Oval and the Cathedral,” Connor, 17, said. Connor puts the finishing touches on his model of the Adelaide skyline. Picture: Tom Huntley

When finished, the city model will contain more than 15,000 bricks and is the latest pride and joy for the Redwood Park resident, whose previous work has included replicas of the renovated Her Majesty’s Theatre and a new building at his school. Connor has previously built a replica of Adelaide’s renovated Her Majesty’s Theatre. He also tackled a model of his school’s new middle school building when he was in Year 10. Picture: Brad Fleet

Rome wasn’t built in a day* and reproducing Adelaide — down to details such as traffic, trees and trams — does take time.

“The design took 10 weeks and by the time I’m finished it will probably be about 10 weeks of building as well,” Connor said.

His completed model will feature at the Adelaide BRIXPO, an exhibition of Lego models built by fans of the building blocks. 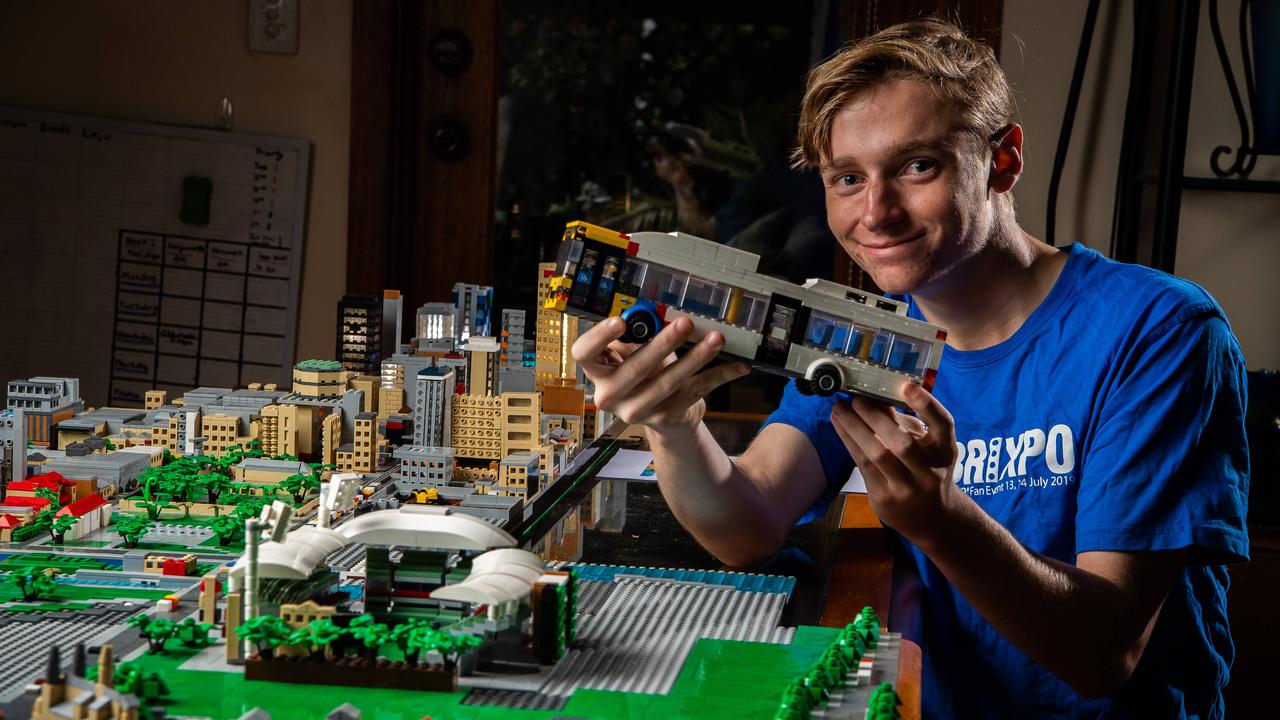 Traffic, trees and trams are among the details Connor has included in his Adelaide model. Picture: Tom Huntley

While it’s too late for Lego fans to submit their work for the event on July 3 and 4, Connor said Lego building was a great way for young people, and the young at heart, to take some time out.

“I’m studying Year 12 at the moment and I find that Lego is just a great stress reliever,” he said.

“This week in particular, I’ve had so many assignments, but after my homework is done, I love getting stuck into the Lego. It’s an escape.”

CLASSROOM ACTIVITIES
1. Lego Landmark
Connor is building his hometown, Adelaide, from Lego. Think of a place near your home that would look great replicated in Lego. It could be a significant landmark or just a place that is special to you personally. Sketch a picture of your Lego design for your chosen place. (If you have Lego and time available you could also continue on to build your model.) Write a paragraph explaining why you chose this place.

2. Extension
Connor sees his hobby as a great stress reliever. Make a list of all the things you do (or could do) to relieve stress.