A Tasmanian mayor has declared that residents should do a silly walk when travelling along the town’s main street.

Walking with a normal gait* will be frowned upon.

It’s an extraordinary move by Latrobe Mayor Peter Freshney but, as he pointed out, these are not ordinary times and we could all do with a bit of fun during the COVID-19 disruption.

Mayor Freshney has designated* part of the main street of Latrobe in northern Tasmania a jurisdiction* of the Ministry of Silly Walks.

He joins a global movement of community leaders encouraging residents who have been cooped up for weeks to have a bit of fun. Latrobe Mayor Peter Freshney beside the Mersey River in 2016, when he was thinking about floods rather than helping people get through the COVID-19 pandemic. Picture: Chris Kidd

Mayor Freshney kickstarted the campaign with a rather silly walk, which was filmed and posted on a local Facebook page created to record the fun.

“Now is not the time for sensibility*,” he said.

“Latrobe Council is pleased to have jumped on board the international Silly Walk bandwagon* in these COVID-19 times by declaring a short section of Gilbert Street a jurisdiction for Silly Walks.”

Towns in the US and the UK are also encouraging their communities to get in on the fun.

The inspiration* for the silly walks rules comes from a hit TV comedy series that was first shown in 1969 called Monty Python’s Flying Circus.

In a sketch from a 1970 episode of the TV series, a character called Mr Teabag, played by actor John Cleese, walks to work along a busy London street in a suit and hat and carrying a briefcase looking very serious, except that he’s doing a very silly walk. He passes a sign outside his government office called “Ministry of Silly Walks”.

Inside, other government workers in suits are doing a variety of ridiculous walks.

In Latrobe, the start and finish of the Silly Walk — the new jurisdiction in Gilbert St alongside the Latrobe Post Office Reserve — has been signposted, encouraging walkers to have a bit of fun with their own version of a silly walk.

A section of nearby Port Sorell’s shopping precinct* is expected to be made into a second jurisdiction of silly walks in coming days.

Participants can record their walks and upload them to Latrobe Silly Walks on Facebook.

Silly walking is voluntary but will bring a smile not only to your face but those around you. 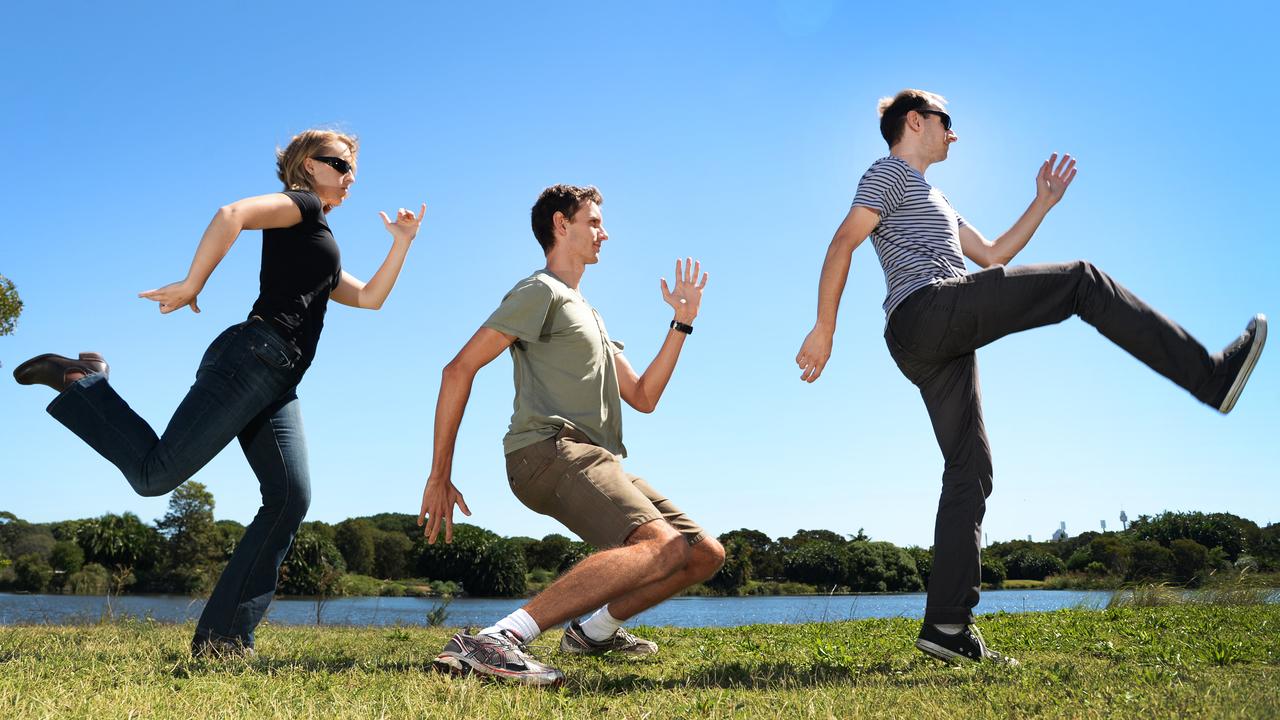 Kids get creative at school to keep COVID-19 away

We’re going on a bear hunt, we’re not scared

Big Ben runner has bad time at end of marathon

CLASSROOM ACTIVITIES
1. Silly walk instructions
Spend 5-10 minutes creating some silly walks of your own. The sillier the better! When you have decided on your best one, film a short video of you doing it. Then write some detailed step-by-step instructions to teach somebody else how to do your silly walk.

Now, send your silly walk video and instructions to a friend or family member who you think will find them funny. Perhaps they’ll even send you back a video of them trying out your walk!

2. Extension
Make a list of adverb/verb pairs to describe ways of walking. Think of at least 8, more if you can!

Here are a couple of examples:

VCOP ACTIVITY
Up-Level It
Scan through the article and see if you can locate three words that you consider to be basic, or low level. Words we use all the time and that can be replaced by more sophisticated words, words like good and said are examples of overused words.

HAVE YOUR SAY: Would you do a silly walk in public if it made other people happy?
No one-word answers. Use full sentences to explain your thinking. No comments will be published until approved by editors.