World Emoji Day, a fun celebration of one of our newest ways of communicating 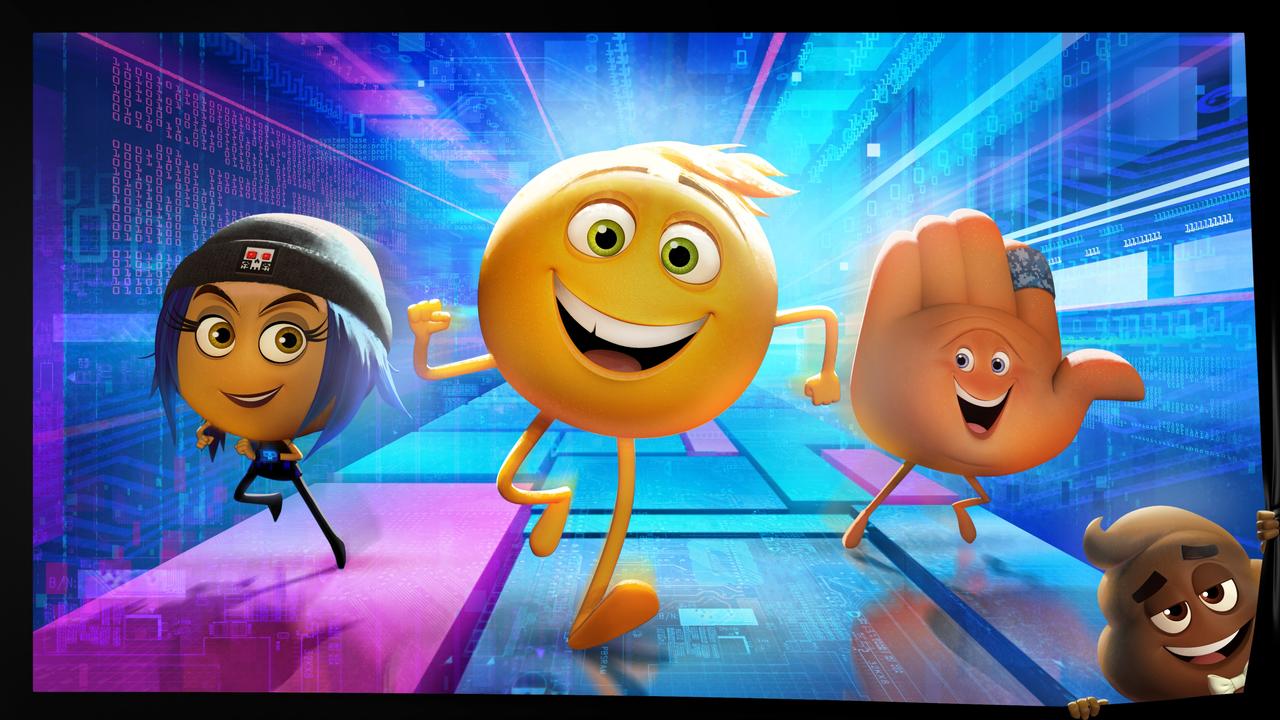 Jailbreak, Gene and Hi-5 are characters in the 2017 animated film The Emoji Movie, about the adventures of a group of emojis. Picture: supplied

July 17 is World Emoji Day, a fun, annual celebration of one of the world’s newest ways of communicating.

There are more than 3000 different emojis and most of us use them many times every day when we message a friend or leave a comment at the end of a Kids News story.

Kids News looks at what emojis are, who invented them, whether they qualify as a real language and what’s the most popular emoji in the world.

WHAT IS AN EMOJI?
It is a type of symbol called an ideogram. This means it is a symbol of a thing that doesn’t give any idea of the sounds used to say it. Numbers and Chinese characters are other examples of ideograms.

Emojis are used in electronic messages and on internet pages.

The word emoji is based on two Japanese words put together: e (picture) and moji (letter or character).

WHO INVENTED EMOJIS?
The first ever emojis were designed in 1997. There were 90 emojis in this set, but they were only available on one type of expensive Japanese mobile phone that not many people used. Some of these early emojis, such as Pile of Poo, were added to later emoji sets.

The first set of widely-used emojis was created by Shigetaka Kurita in 1999 as part of a team working on a mobile internet platform in Japan.

He made 180 emojis inspired by expressions he saw on people’s faces, the symbols used for weather forecasts, Chinese characters, traffic signs and symbols used in a style of Japanese comics called manga.

ARE EMOJIS EMOTICONS?
No. Emoticons are made up of punctuation marks, numbers and letters and are used to express emotion. Emoticons are older than emojis and have been used in computing since the 1970s.

The word emoticon is short for emotion icon. It is a coincidence* that the Japanese word emoji sounds like the words emotion and emoticon. 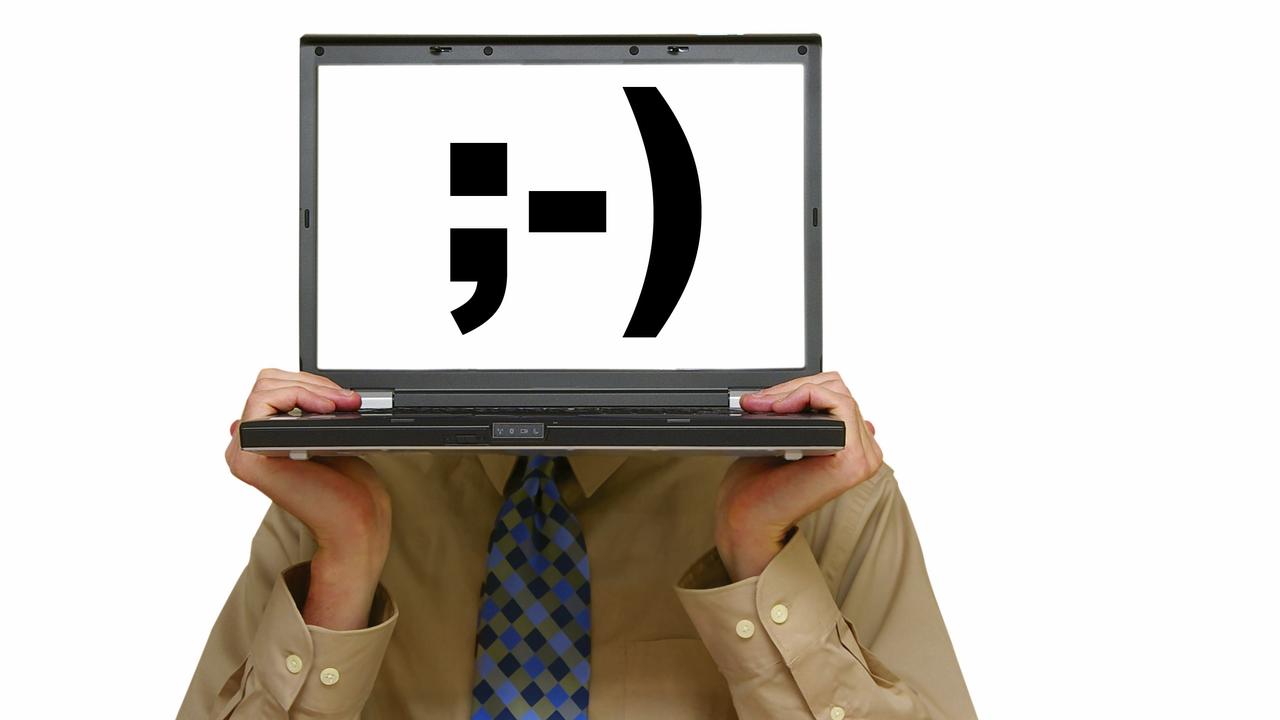 Emoticons, like this semicolon with a dash and a close brackets, are not emojis and are used to express emotions using punctuation, numbers and letters. This one means a wink.

ARE EMOJIS A LANGUAGE?
Probably not. The Oxford Dictionary defines a language as a form of human communication, either spoken or written, consisting of the use of words in a structured* and conventional* way.

An article in Deakin University’s online magazine This suggests emojis aren’t a language just yet because we can’t “have fluent*, complex conversations or express specific* thoughts using emoji”.

But emojis are a useful communication tool, according to Deakin University’s Dr Adam Brown that “generate* an emotive* sensory* experience”.

Dr Brown predicts in the This article that emojis are just the start of increasingly more complex visual communication and in the future we may even be able to send emojis with our own faces on them.

Although emojis aren’t themselves a language, the word emoji was officially recognised as part of the English language in 2013 when it was added to the Oxford Dictionary.

ARE EMOJIS HIEROGLYPHICS?
Hieroglyphics is one of the earliest written languages. Ancient Egyptians carved hieroglyphic symbols or characters into monuments. Although emojis and hieroglyphics look like similar ways of communicating, they are quite different. Hieroglyphics and other carvings on a stone tablet. Picture: supplied

Language experts regard hieroglyphics as a sophisticated* and complex language. Emojis are much less sophisticated and it would be tricky to try to communicate entirely with emojis without the use of words.

Despite not being a language, we all know they’re fun and very useful! 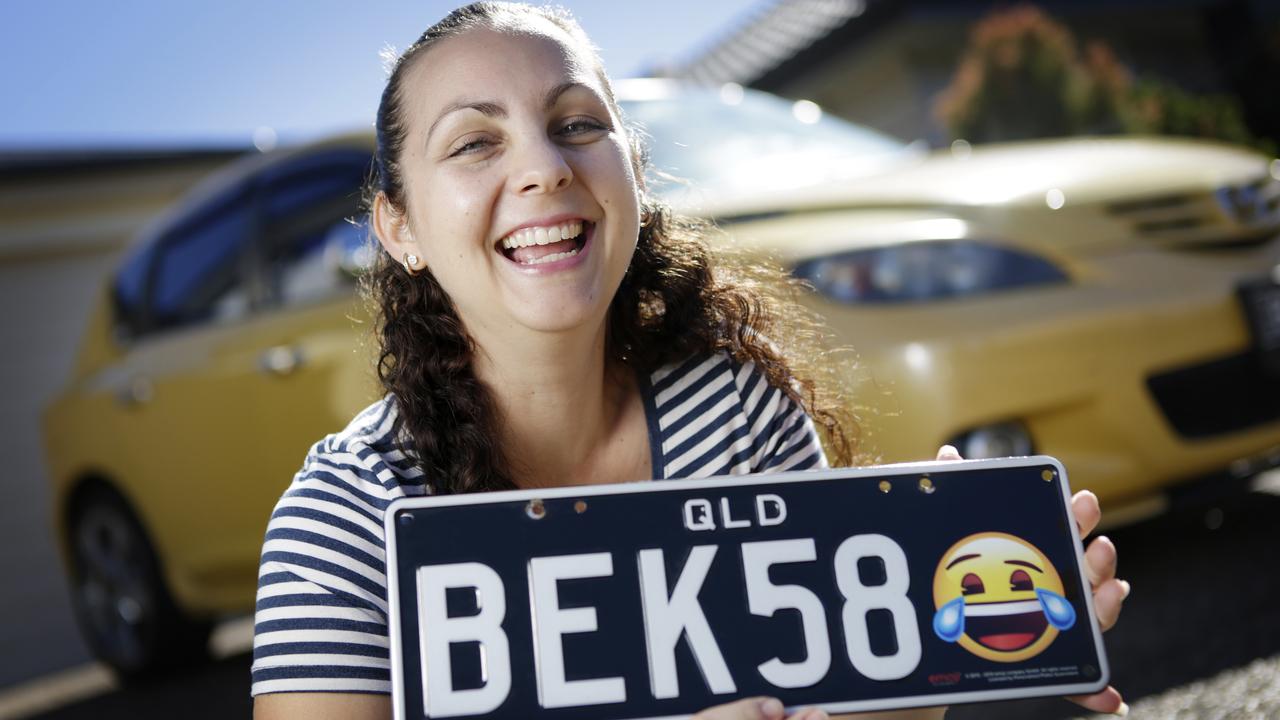 Bek Rose having some fun with the Face with Tears of Joy on her personalised car registration plate. Picture: AAP

HOW DO YOU CELEBRATE WORLD EMOJI DAY?
World Emoji Day was started in 2014 by Jeremy Burge, the founder of the emoji reference website Emojipedia.

He chose July 17 because this is the date displayed in the Calendar Emoji on the Apple keyboard. As emojis are a digital form of communication, celebration is mostly through the internet.

Some organisations run awards around this time of the year to find the most popular emoji.

Emoji fanatics* don’t just restrict their celebrations to digital communication. They get together and party dressed up as their favourite emojis.

POPULAR EMOJIS
New emojis are invented every year and added to emoji keyboards.

Face with Tears of Joy was one of the most popular emojis in the past five years. In 2015, Oxford Dictionaries named it Word of the Year.

Emojipedia defines Face with Tears of Joy as: “A yellow face with a big grin, uplifted eyebrows, and smiling eyes, each shedding a tear from laughing so hard. Widely used to show something is funny or pleasing.” 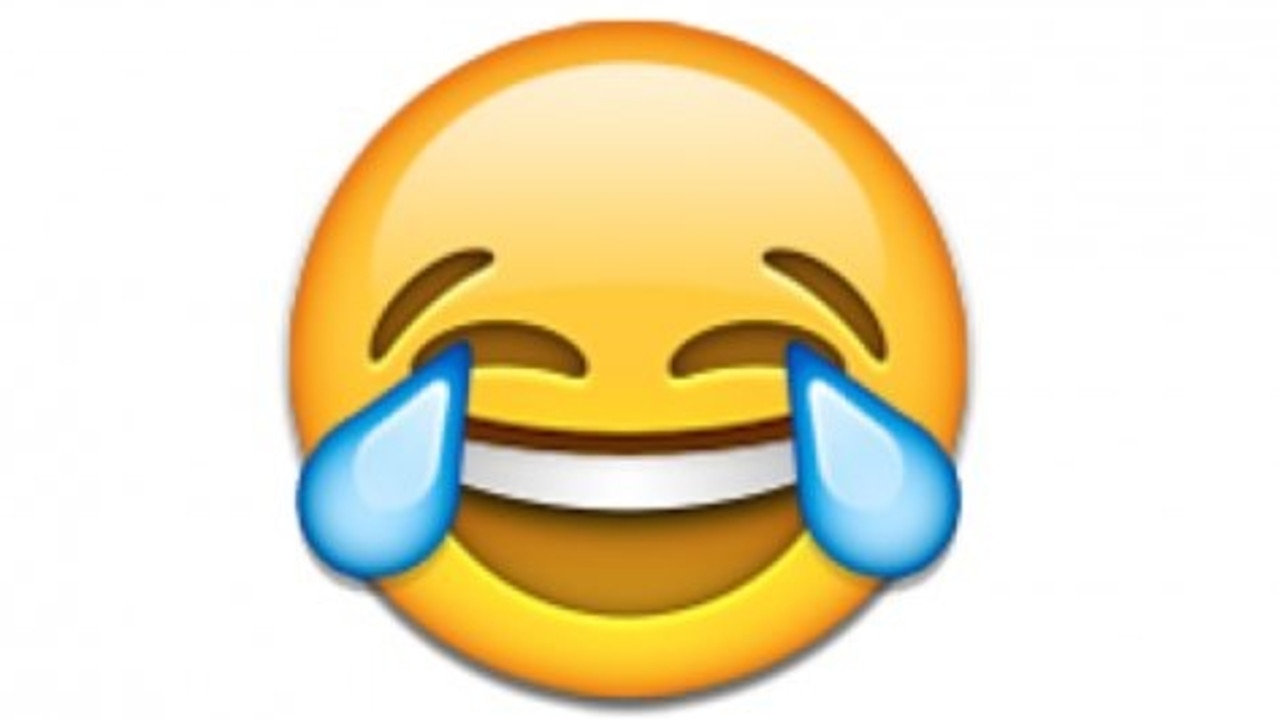 Face with Tears of Joy is the world’s most popular emoji and was Oxford Dictionaries 2015 Word of the Year.

What’s wrong with this emoji?

New iPhone turns your face into an emoji

25 years since the first text message

CLASSROOM ACTIVITIES
1. Emoji Madness
Design and sketch an emoji to describe the following emotions, activities and objects. If you know an emoji already exists to represent it, try and make yours a bit different. Show your emojis to a friend and see if they can match each one to its correct definition.

2. Extension
Some people get so excited about emojis they dress as them for parties. Design some face painting patterns or stencils of emojis you could paint on kids faces at a fair to represent their favourite emoji! For example, face with heart eyes would be an easy one!

Then ask a partner to try and decipher the code and explain back to you your best day out.

Discuss if there were emojis missing that would have helped to communicate your sentence better.

Design your own new emoji

Find a circular object around the classroom to trace. Then design and name your own emoji.

Write a letter to Mr Burge from Emojipedia explaining what your emoji is and why it should be added to Emojipedia.

HAVE YOUR SAY: What is your favourite emoji? Why? Do you think emojis are a language?
No one-word answers. Use full sentences to explain your thinking. No comments will be published until approved by editors.