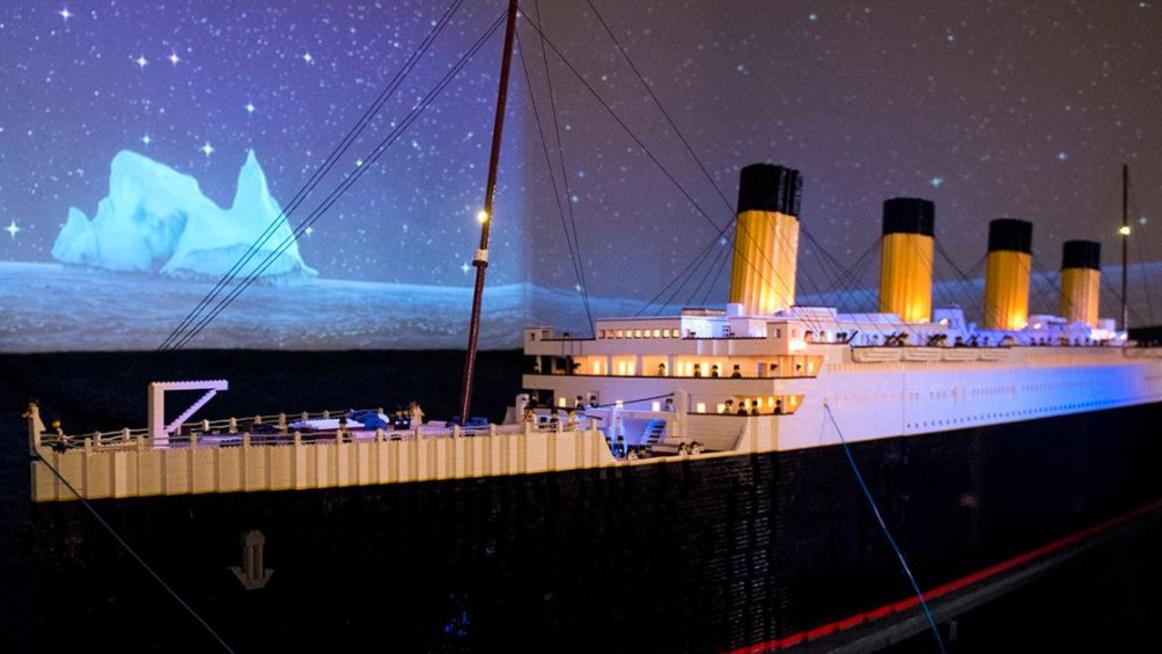 The world’s biggest Lego replica* of the doomed* Titanic ship — which was built by a 10-year-old autistic* boy — now has a home permanently at a top US museum.

Brynjar Karl Bigisson, now 15, built the replica of the ocean liner with 56,000 Lego bricks, with the model measuring 8m long and 1.5m tall. The young teen, from Iceland, developed his creation over 700 hours, taking 11 months to complete it. He also used 120 tubes of glue, 200 Lego passengers to place across the deck, and spent $8000 on the project.

Brynjar, also known as “Lego boy”, has been back in the headlines this week as the replica will make its American debut when it docks permanently* at the Titanic Museum Attraction in Pigeon Forge, Tennessee. Brynjar Karl Bigisson had to use 56,000 Lego bricks to make the Titanic.

Brynjar remembers playing with Lego for hours when he was only five years old, and claims by the time he was 10 he knew everything about the Titanic.

“I sometimes built from instructions, and sometimes, I used my own imagination,” he told the museum’s website.

“By the time I was 10, I started to think about building the Lego Titanic model.” The deck of the Lego Titanic with the lifeboats at the front. Picture: Pigeon Forge

Brynjar’s grandfather, Ludvik Baldur Ogmundsson, an engineer, and his mother helped him. Mr Ogmundsson scaled down the original blueprint* of the Titanic to Lego size and helped figure out how many tiny toy bricks would be needed to create it.

Donations from family and friends helped him buy all the Lego bricks required.

Brynjar said he was most thankful for how the experience had helped him gain confidence.

“This whole journey has helped me out of my autistic fog,” he said.

“I was totally unable to communicate when I started the project and now I’m standing on stage and giving interviews. It has given me confidence.” 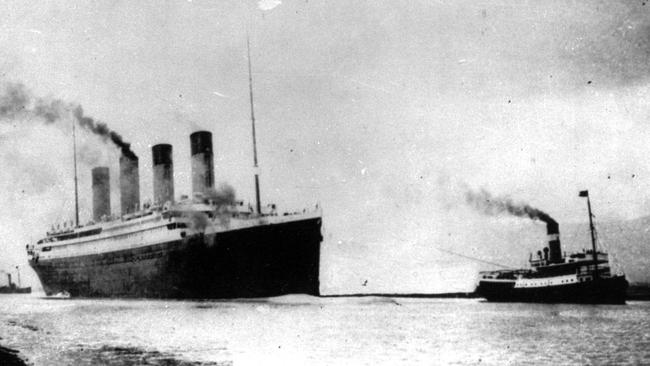 HISTORY OF THE TITANIC
When the Titanic was launched in 1912, she was the biggest ship in the world.

The ocean liner, designed to carry passengers and cargo* across the Atlantic ocean, was claimed to be the safest and most luxurious* ship of all time by owners White Star.

To make sure the Titanic didn’t sink, her hull* was made up of 16 sections. If two, or even three, sections suffered holes, the ship would still have time to sail to safety. White Star staff were so sure the Titanic was unsinkable, they didn’t put enough lifeboats on board to carry all passengers and crew.
This would prove a big mistake.

On April 10, 1912, the Titanic set off on her maiden voyage from Southampton in the UK to New York in the US.

Just before midnight on day five on April 15, in the middle of the freezing North Atlantic Ocean, the ship struck an iceberg. It scraped along the ship’s side tearing holes in four sections of the hull. How the New York Times reported the sinking of the Titanic. Picture: AP

Captain Edward John Smith ordered everyone to the lifeboats knowing the huge ship would sink in a few hours.

Many passengers were asleep and others didn’t believe it was sinking because they had been told it was unsinkable.

When the ship started to go down, there was a rush for the lifeboats but not everyone could fit. Many of the 2200 people stayed on board the ship as it sank while others jumped into the icy waters. 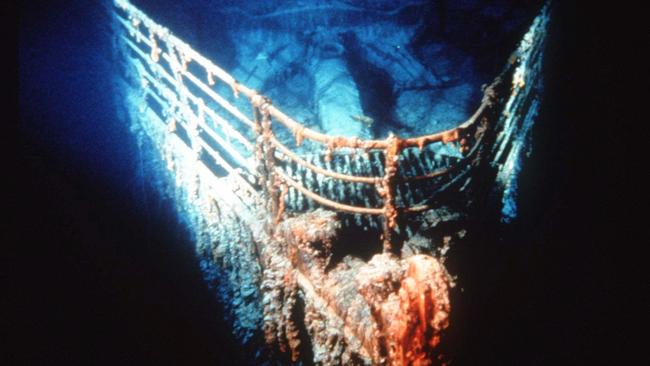 The bow of the Titanic rests on the bottom of the North Atlantic Ocean. Picture: AP

In 1985, oceanographer* Dr Robert Ballard used a robot submarine to find the wreck of the Titanic lying on the seabed. Since then, lots of interesting items have been rescued from the sunken ship, such as plates and bowls, tickets, letters, personal items and priceless jewellery.

CLASSROOM ACTIVITIES
1. Lego Boy
After reading the Kids News article on this Lego Titanic model, answer the following questions as accurately and in as much detail as possible.

Extension: What are some world-renowned landmarks you’d like to see replicated as Lego models?

2. Titanic Teasers
Using the figures in the article, answer the mathematics questions below.

Extension: How many lifeboats would the titanic have needed if 10 people could fit on each boat? What was the reasoning behind not having enough lifeboats on board?

IN ONE SENTENCE, TELL US WHAT YOU THINK ABOUT THIS STORY
Please do not use one-word answers. Explain what you enjoyed or found interesting about the article. Use lots of adjectives.