How Australia’s money has changed Could notes and coins soon be a thing of the past as more Australians use electronic payments?

The way we use money has changed since your parents and grandparents were your age.

While most adults have grown up with cash, figures from the Reserve Bank of Australia show we are using it less, down from 69 per cent of transactions* in 2007 to just 27 per cent in 2019.

Electronic payment methods like debit cards and even digital wallets like Apple Pay are steadily replacing the use of cash.

And the coronavirus pandemic has further accelerated* the use of digital payments.

With fewer people leaving their homes and some shops preferring not to handle cash during the pandemic, Australia’s major banks have seen increases in online banking.

But despite the rise in electronic payments and banking, most people agree banknotes will be around for some time to come yet.

Some people, particularly older members of our community who are used to face-to-face transactions and might not be as familiar with technology, prefer using cash. And while advances in technology have made electronic payments much simpler and very reliable, there are still situations where cash is preferred. While more people are using electronic payments, cash is expected to be around for some time to come yet.

So don’t worry, the $5 note you got for doing your chores or the $20 in the birthday card from grandma are still worth hanging on to.

In fact, the design of our modern banknotes means you’ll be able to save them up in your money box for years if you wish!

Australia introduced banknotes made of plastic, or polymer, in 1988 to make them harder to counterfeit* and longer lasting than the paper versions they replaced.

The polymer notes, developed by the Reserve Bank and the CSIRO, are also cleaner and can be recycled into a range of plastic products when they get to the end of their useful life, which is pretty cool.

The new $100 is set to be released later this year and features World War I hero, engineer and civic leader Sir John Monash and famed opera singer Dame Nellie Melba.

These “next generation” notes have better security features, including a rolling colour effect and a top-to-bottom window, that make them harder to counterfeit. The new $100 note featuring Sir John Monash on one side. 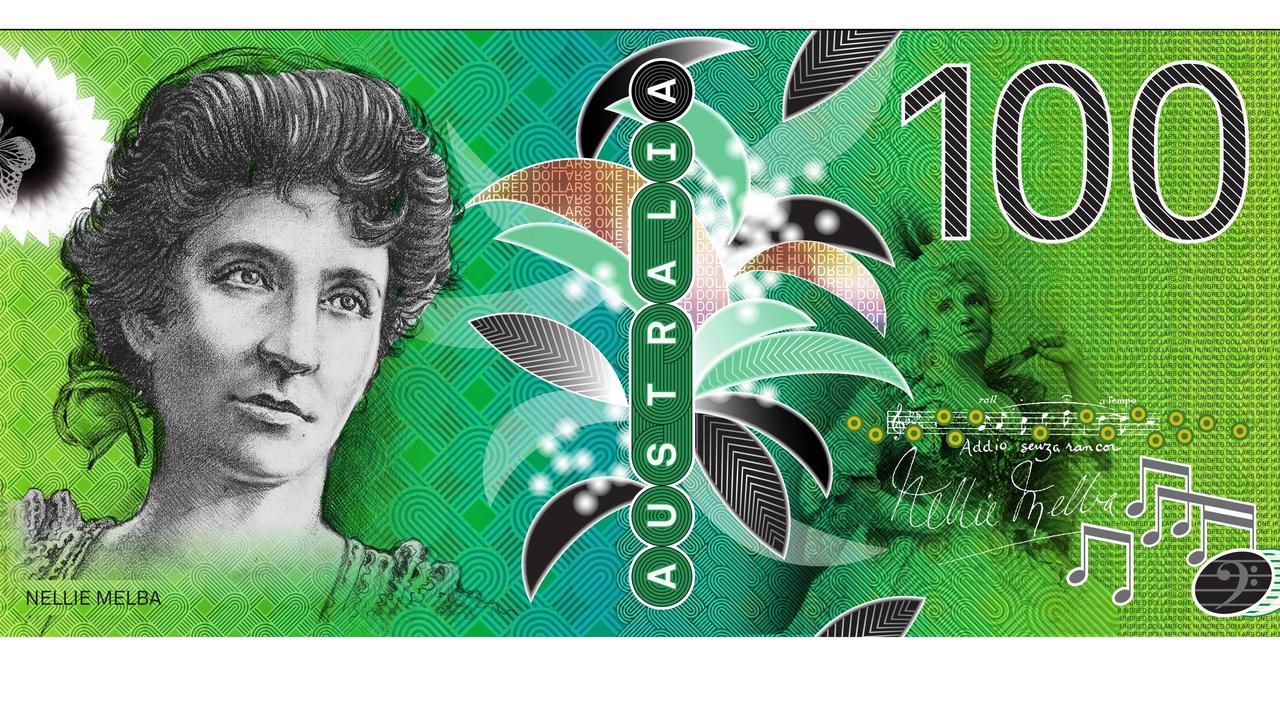 Opera singer Dame Nellie Melba is on the other side of the new $100 note.

They are a long way from our very first banknotes.

One of our first banknotes is a 10 shilling* note issued by the Bank of NSW (which later became Westpac) the day it opened its doors in Sydney on April 8, 1817.

A 10 shilling note was quite a lot of money in those days, taking an average worker about three months to earn that sum.

The banknote, printed on imported paper and produced with the colony’s only printing press, is thought to be one of about 200 printed in the first batch.

The last known banknote from that time, Westpac bought the 10 shilling note at an auction in 2014, after it was discovered in Scotland. Note number 55 was one of the first Australian banknotes issued by the Bank of NSW way back in 1817. The Long Gallery will display the old banknote when the Australia Museum reopens.

The bank has since loaned it for display at the Australia Museum’s Long Gallery, which is scheduled to reopen this spring.

Before the Bank of NSW banknotes, the colony was using Spanish coins imported by NSW Governor Lachlan Macquarie.

Holes were punched in the centre of the coins, making two pieces. They were then stamped with marks identifying them as NSW currency*.

The ring coin became known as a “holey dollar” and was worth 5 shillings. The small punched-out centre coin was worth 15 pence*. A holey dollar was worth 5 shillings and the punched out centre was worth 15 pence.

Different banks and different states of Australia continued to issue their own banknotes and coins until the Australian Notes Act of 1910 paved the way for the first Australian banknote for the whole country in 1913.

“It is incredible to see how money has evolved in Australia over the last 200 years,” said head of Westpac historical services Kim Eberhard.

“We have come a long way, from the first silver coins imported from Spain, to hand-signed paper notes and now, potentially heading towards a cashless future.”

CLASSROOM ACTIVITIES
1. Draw what you’ve learnt
Draw a series of pictures, showing the different types of currency that have been used in Australia over time, as mentioned in this news story. Your pictures should be in sequential order. Complete your series of pictures by drawing something that shows your prediction for the future of currency. Write a short explanation about your prediction.

2. Extension
Choose one of Australia’s current banknotes or coins. Make a list of all of the unique features of that note or coin.

HAVE YOUR SAY: Imagine a time before money. How would you ‘buy’ things?
No one-word answers. Use full sentences to explain your thinking. No comments will be published until approved by editors.