Queensland town of Quilpie overwhelmed by interest in free land 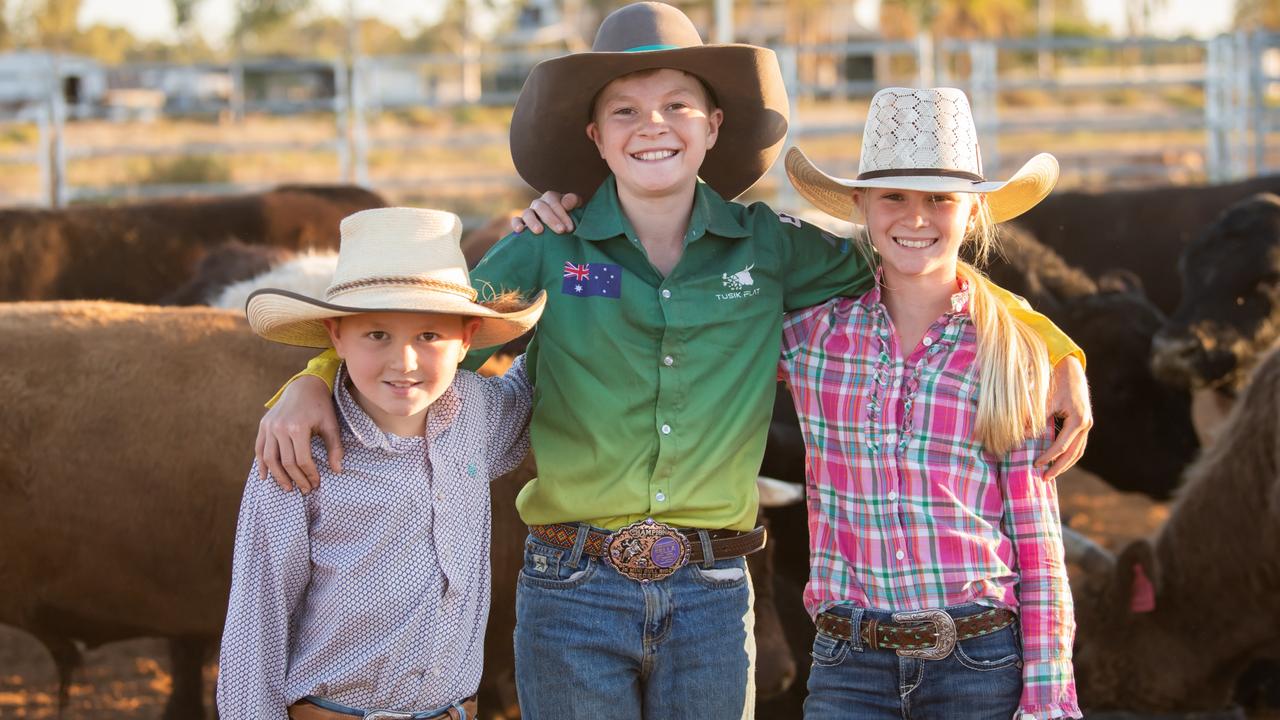 The Quilpie Show in September is a big event on the town’s annual calendar and might be bigger next year given overwhelming interest in the town’s bid to bring in workers and families with land grants. Clay Egan, centre, is pictured at this year’s show with his sister Gabby Egan at right and neighbour Lachlan Heinemann.

The Queensland outback town of Quilpie hoped its offer of free residential* land to anyone who would make it their home might bring five new families to the remote community of just 800 residents. But authorities have been overwhelmed by more than 250 inquires in less than two weeks from around Australia and the world.

The Quilpie Shire Council came up with the novel* idea to overcome* the housing shortage that has become an obstacle* to filling jobs in the cattle and sheep ranching region of western Queensland.

With fully serviced, 1000m sq blocks selling for the same amount as the grant, the council is effectively giving the land away. The outback town of Quilpie hoped to attract five new families with the land grant offer, but there has been interest from hundreds of people around Australia and the world. Picture: Leon O’Neil

The grant was the idea of the council’s chief executive, Justin Hancock. The 30-year-old spent six months in a retirement village cottage when he first arrived in Quilpie this year because of the shire’s housing shortage.

“I made some great friends at the retirement village, and still drop by for a cuppa with some of the residents, but it wasn’t the ideal place for me to live, regardless of how lovely the villa was,” Mr Hancock told The Courier Mail when launching the grant program on October 11. He said the deal aimed to attract young people to the area.

“We have over 10 job vacancies in Quilpie at the moment that we’re hoping will attract some new, younger residents to live out here and the younger demographic* won’t want to live in a retirement village,” he said. “You would be hard pressed to find a better deal anywhere in Australia.”

Quilpie has recently needed nurses, teachers, mechanics, butchers, trade apprentices*, hospitality* staff and more. Inquiries came from as far away as Britain, India, Hong Kong and New Zealand, the council said. But home buyers need to be Australian citizens or permanent residents to qualify for the grant.

“If we could get five new families to the shire, for us that would be a massive success,” Mr Hancock said. “To see the interest, it was a little overwhelming.” 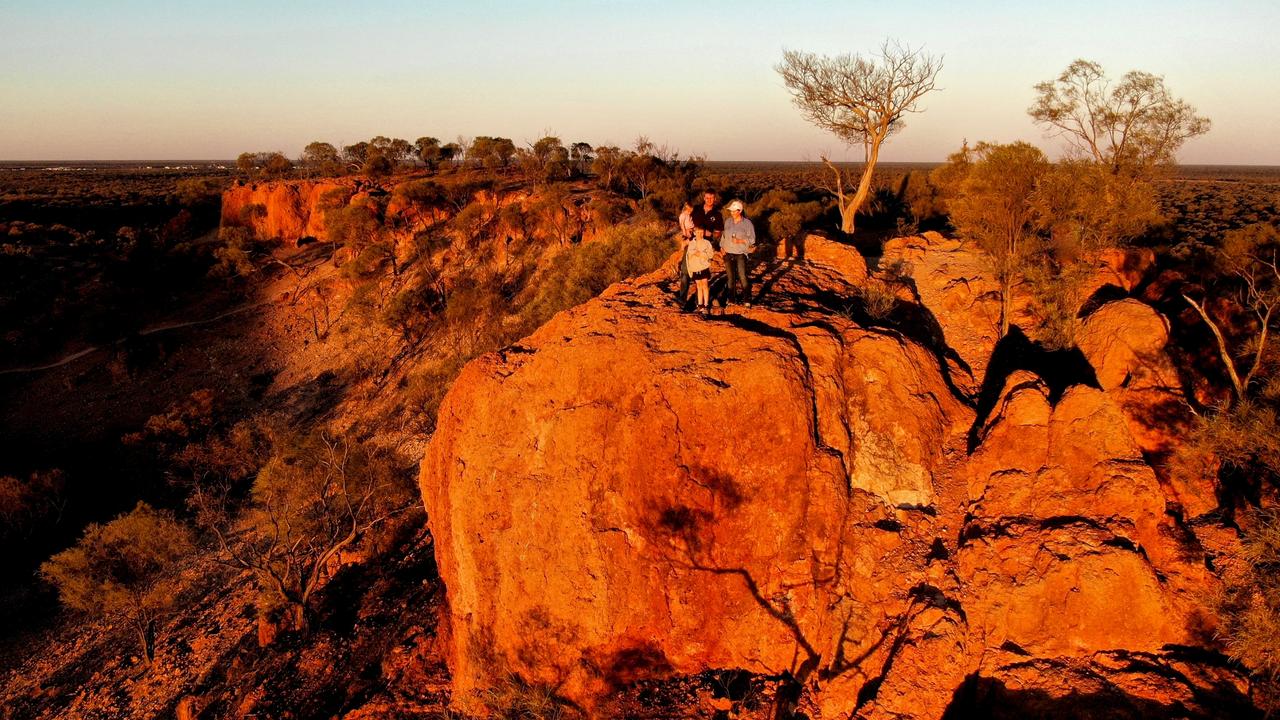 There is much more to the Quilpie region than free plots of land, with families drawn to the breathtaking outback beauty of hiking destinations like Hell Hole Gorge National Park.

Real estate prices have soared across much of Australia throughout the pandemic due to record low interest rates and extended lockdowns in the largest cities, Sydney and Melbourne, which have sent residents searching for bigger homes in smaller towns.

Most of the interest in Covid-free Quilpie has come from the Queensland capital, Brisbane, a city of 2.4 million, 1000 kilometres east of the tiny township.

But there is also interest from interstate, including from Melbourne, where residents have reportedly been locked down longer than any other city in the world.

Both young families and retirees are considering the Quilpie move and their reasons vary.

“People who are coming out of lockdown are saying, ‘I want wide open spaces,’ and we have plenty of that,” Mr Hancock said.

Indeed, the shire covers 68,000 sqkm, so there is certainly space to spare. Two grants will also be cashed by Quilpie locals, one by council employee Tom Hennessy, 23, and his 24-year-old schoolteacher fiancee, Tessa McDougall. The couple bought a block in August.

He was born in the town and his fiancee came a year ago from Brisbane, where relatives and friends struggle to buy houses and make mortgage* repayments*.

“They’re a little bit jealous of us,” he said. Engaged to be married, young couple Tom Hennessy and Tessa McDougall are pictured at their block of land in Quilpie, purchased as part of the council’s homeowner grant. Picture: Leon O’Neil

“We’re also hopeful that other young people will look at the job opportunities out here, along with these great property deals, and make the move to Quilpie,” he said. “It’s a great lifestyle and small-town vibe.”

“We need to be able to offer good housing options to attract people to our region,” he said. “We need teachers, nurses and all sorts of positions filled.”

Quilpie is famous for opal mining and dinosaur bones. The grant covers the whole of the shire, which includes Eromanga, Adavale, Toompine and Cheepie.

100 years since Qantas was born on a long drive

How outback oval became the ‘MCG of the desert’

CLASSROOM ACTIVITIES
1. New home in Quilpie
This is a great deal to effectively get a 1000 sqm block of land for free if you build a house in Quilpie in Queensland – especially when you consider that the average size of a block of land in Australia is 420 sqm. To buy a block this size would usually cost hundreds of thousands of dollars.

Create a page titled “Moving to Quilpie”. Divide the page into two columns, the left headed “Pros” and the right headed “Cons”. Work with a partner to write a list of pros (advantages) and cons (disadvantages) for young people or families to make the move to Quilpie. Maybe you might want to mention this deal to your family!

2. Extension
The current population of Quilpie is 800. What do you think the population might grow to reach, thanks to this land offer? Even without the grant, the land is still very cheap!

What else could the Quilpie shire do to attract people to move to their town?

VCOP ACTIVITY
Imaginative dialogue
Imagine you were there during the event being discussed in the article, or for the interview.