US President Richard Nixon (right) welcomes the Apollo 11 astronauts (from left, Neil Armstrong, Michael Collins and Buzz Aldrin) aboard the USS Hornet ship, while they are still confined to the Mobile Quarantine Facility. Picture: AFP/NASA

The Apollo 11 astronauts were trained to handle any problem or issue imaginable on their moon mission.

Neil Armstrong, Edwin “Buzz” Aldrin and Michael Collins practised every second of their mission many times. They trained indoors, outdoors, in spacesuits, underwater, in planes, in pools, in the ocean and anywhere else NASA thought was appropriate. They even practised planting the US flag many times in moon-like conditions. 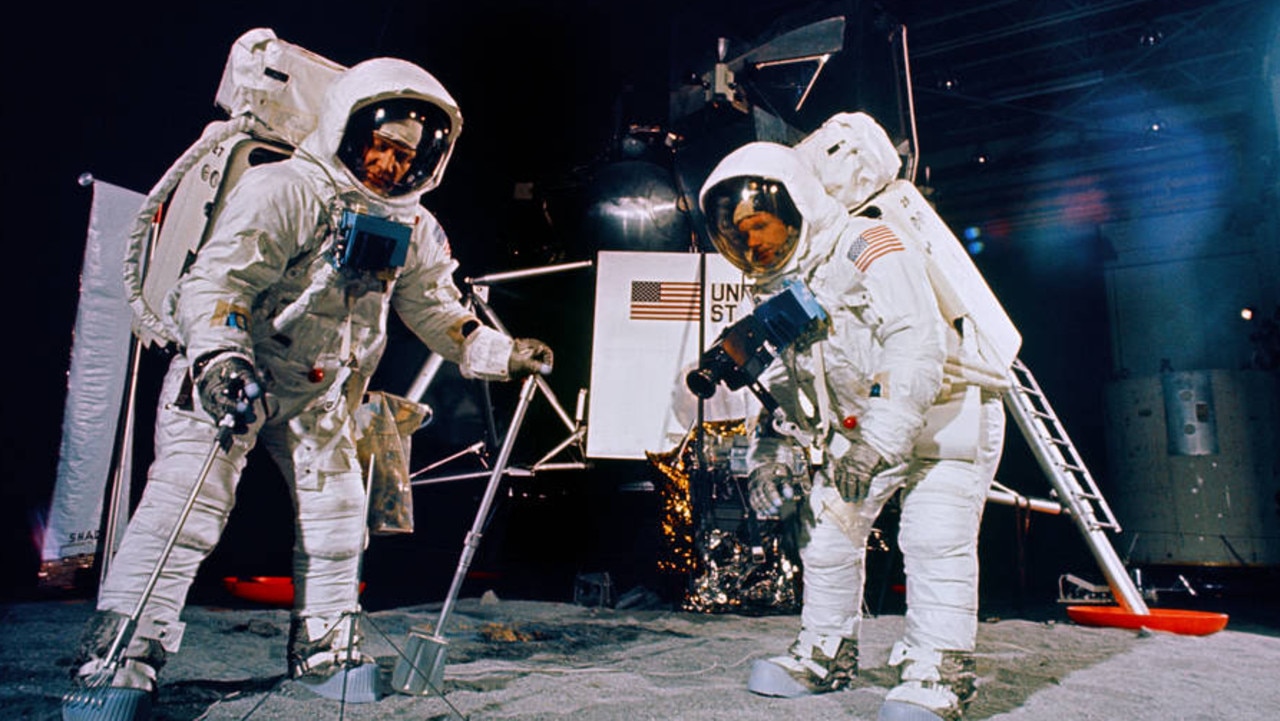 They spent a lot of time in the ocean in the Gulf of Mexico as a training run for the planned water landing when they returned to Earth.

The astronauts were also sent to the jungle and the desert for survival training in case their return to Earth missed the ocean completely.

The astronauts attended the Panama Jungle Survival School on Albrook Air Force Base in the Panama Canal Zone.

To simulate the effects of zero and reduced gravity, they suspended the astronauts at an angle by wires and let them experience one-sixth of their weight, which is what they expected to experience on the moon.

They also undertook spacewalks underwater as they thought the drag of the water would be similar to the gravity on the moon. 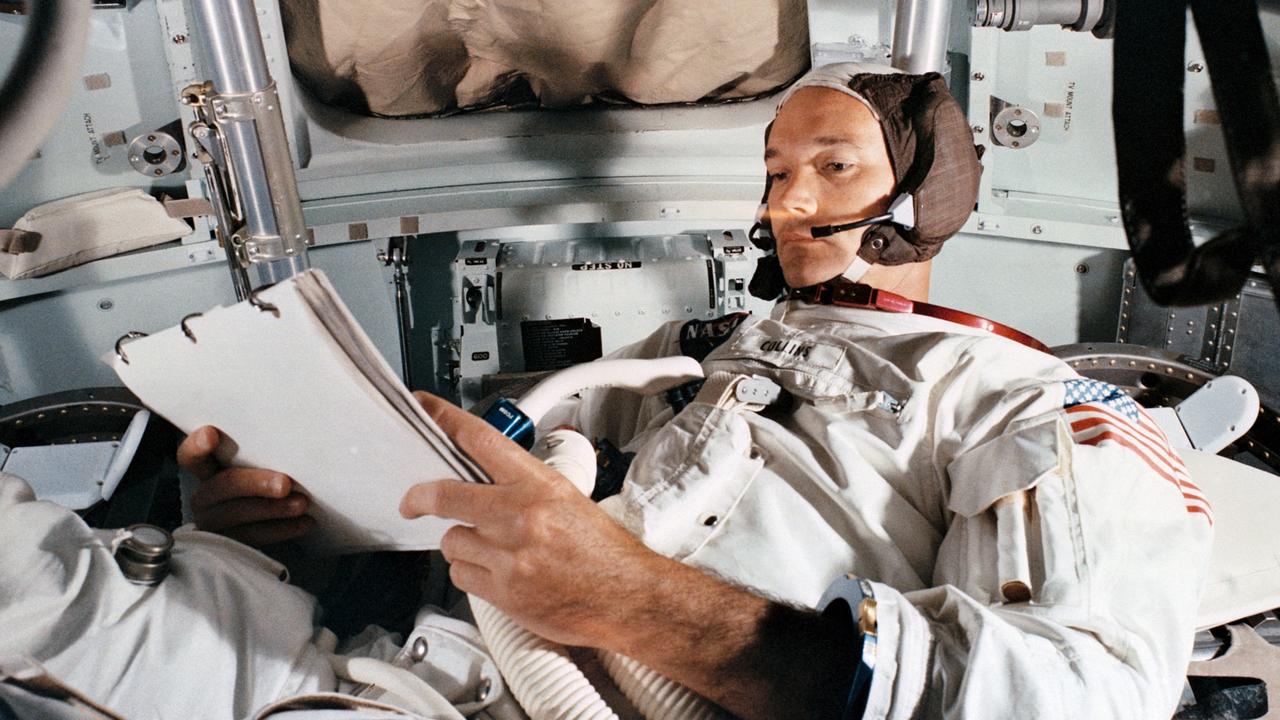 Michael Collins training inside the command module for the Apollo 11 mission. Picture: NASA

The astronauts spent hours in practice spacecrafts to master the routines needed to fly the craft, land the craft and make sure the two modules (the Command module piloted by Collins and the Lunar module piloted by Aldrin) could separate for the moon landing and join up again.

They practised the countdown for launch as well as photographing and recording the moon walk on cameras and video cameras.

A giant meteor crater in Flagstaff, Arizona, was the closest thing on Earth that NASA could find to mimic* the moon surface.

Here they learned how to land the lunar module, how to deal with G-forces*, how to drive electric rovers on the lunar surface, how to moon walk and how to communicate with the mission control crew back in America. The spacesuit, worn by Neil Armstrong on the Apollo 11 mission. Picture: Smithsonian/Jim Preston

Their space gear was also tested at Flagstaff, including the astronauts’ first-generation spacesuits. They ripped on the Arizona rocks, forcing a redesign before the mission.

Armstrong and Aldrin practised gathering soil samples with tongs and scoops so they could collect moon rocks and dust from the moon surface.

Before going into quarantine* for 21 days, the astronauts spent one last weekend with their families — all the time knowing they might not come home again.

HAVE YOUR SAY: How do you think the astronauts would have felt while waiting in quarantine for 21 days?
No one-word answers. Use full sentences to explain your thinking. No comments will show until approved by editors.